With a career spanning six decades David Bowie had long cemented himself as pop culture’s most fashion-forward music icon.

From his emergence as a monochrome teen mod in the 1960s, to the glitter-soaked, gender-bending explosion as Ziggy Stardust in the 1970s, and the new romanticism, neo-classicism and Berlin-channelling looks that followed, Bowie is best known for undergoing a style renaissance at every possible turn. 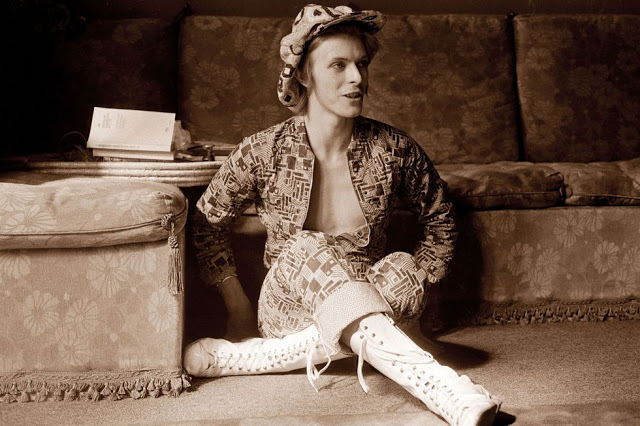 In lace up boots and a printed jumpsuit being interviewed at home in Beckenham, London, 1972. 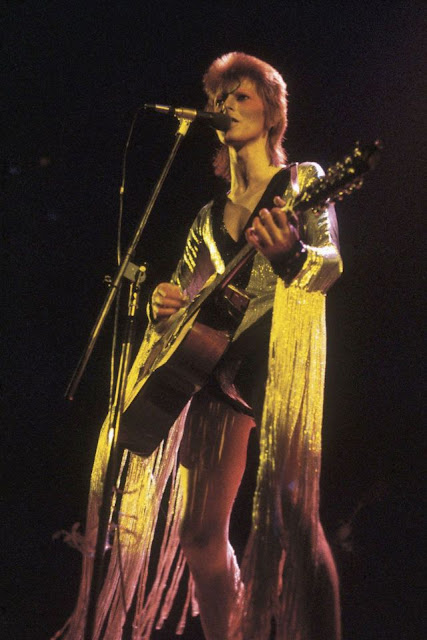 Wearing a fringed number designed by Kansai Yamamoto performing at the Hammersmith Odeon, 1973. 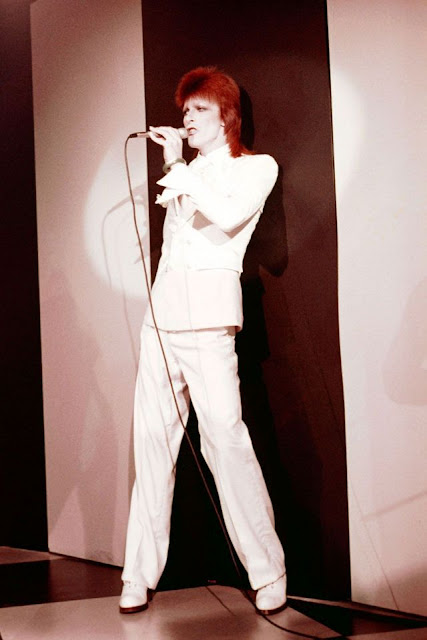 In all-white performing at The Marquee Club in London, 1973. 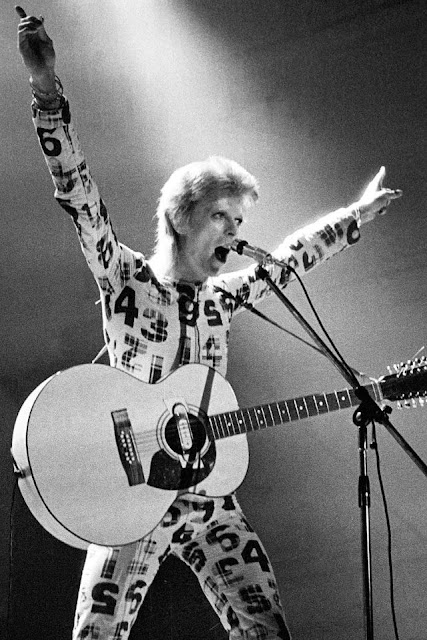 In a number-printed jumpsuit on his Stardust tour, 1973. 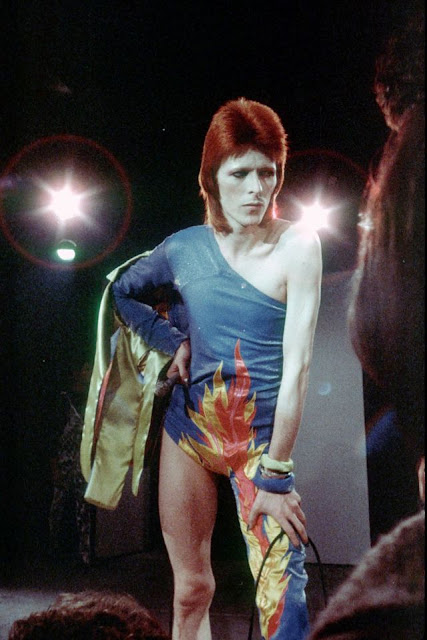 In an asymmetrical bodysuit performing onstage as Ziggy Stardust, 1972. 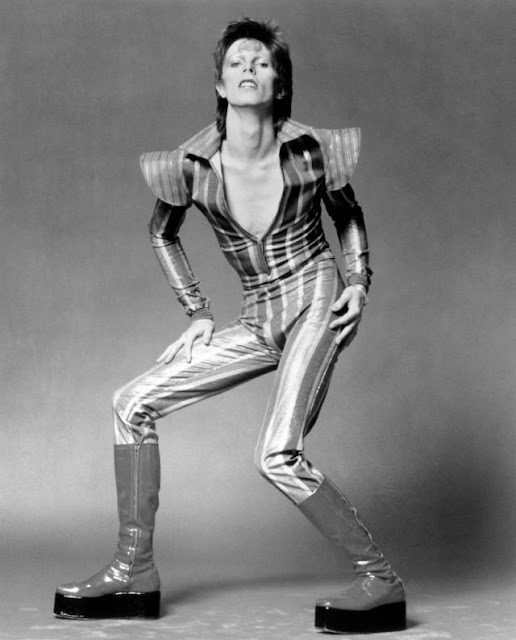 In a striped jumpsuit and platform boots posing for a portrait as Ziggy Stardust in London, 1972. 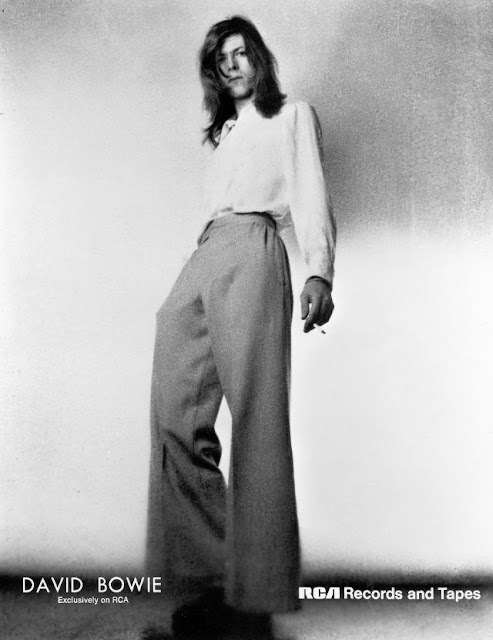 In wide leg pants posing for a portrait promoting the Hunky Dory album in London, 1971. 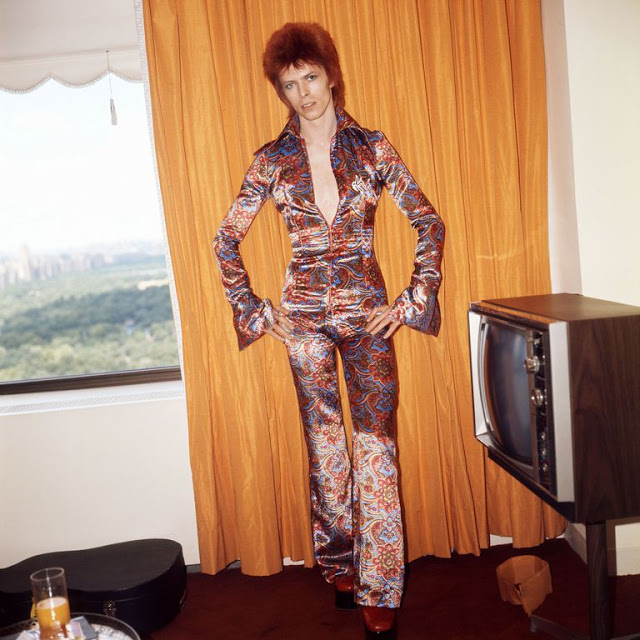 In a silk flared jumpsuit posing for a portrait in New York City, 1973. 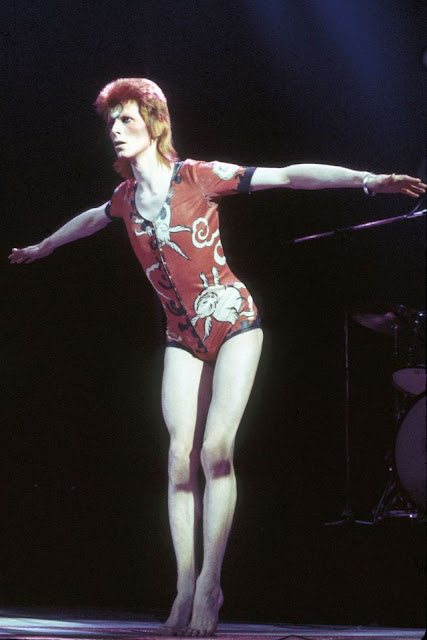 In a Kansai Yamamoto-designed bodysuit performing at the Hammersmith Odeon, 1973. 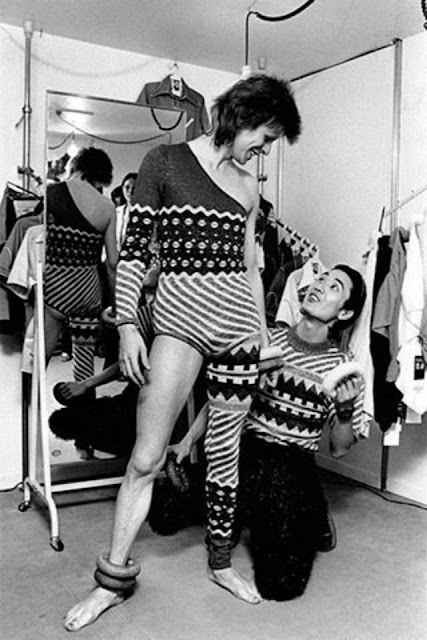 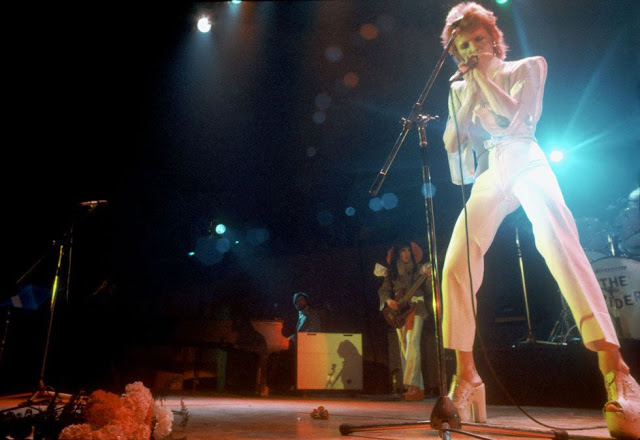 In an all-white look performing in Los Angeles, 1973. 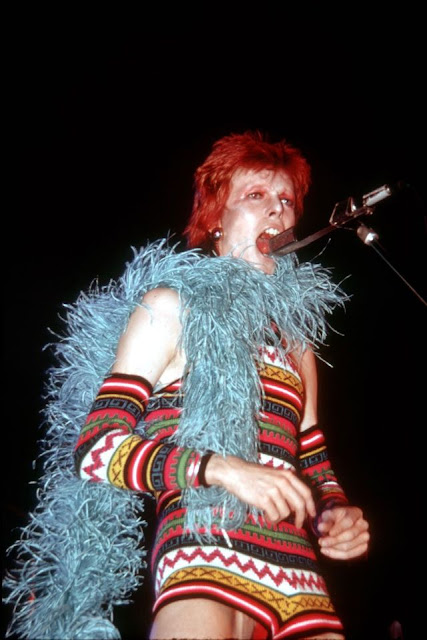 In a blue feather boa performing in Los Angeles, 1973. 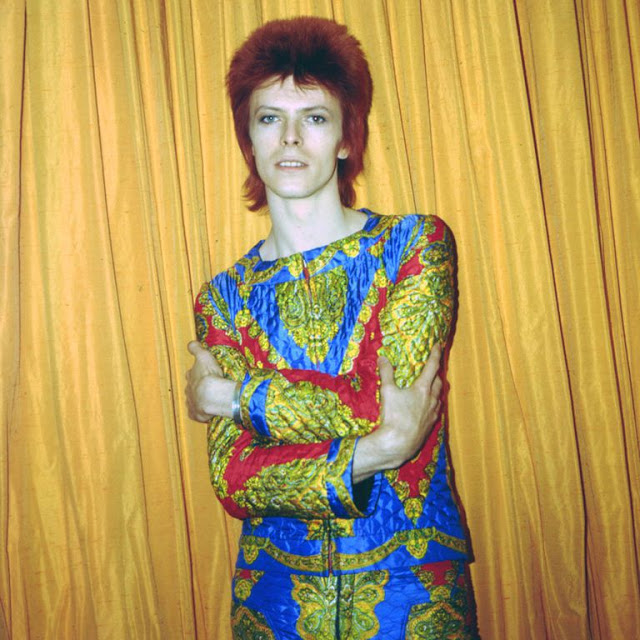 In a colorful quilted set photographed in a New York City hotel room, 1973. 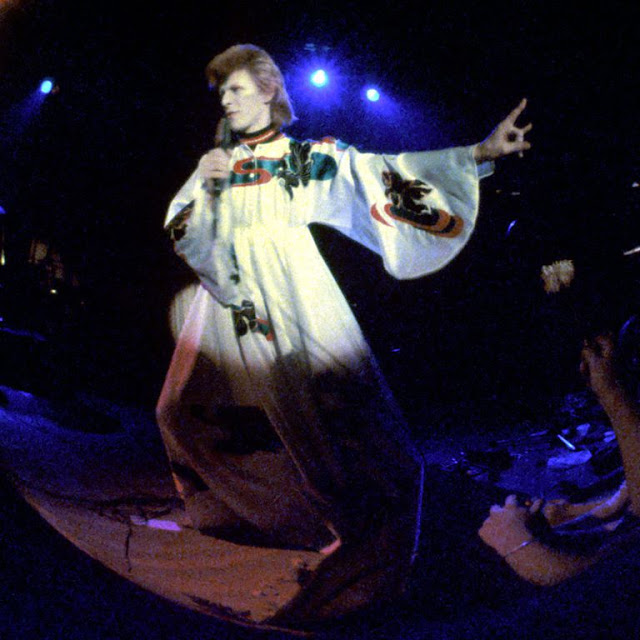 In a billowing robe performing on stage, 1973. 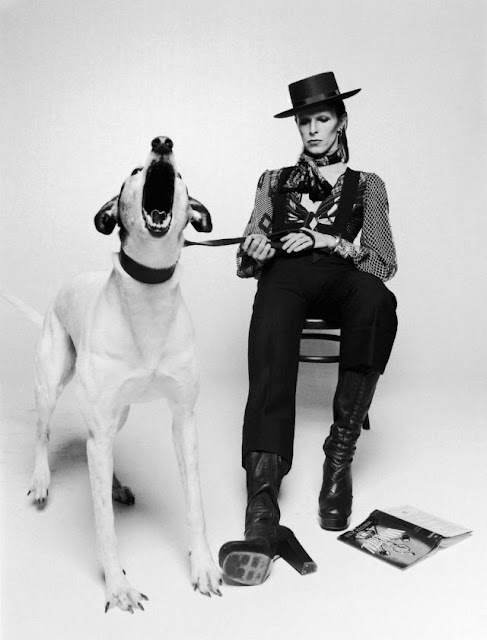 In a top hat, heeled boots, and overalls posing his album Diamond Dogs, 1974. 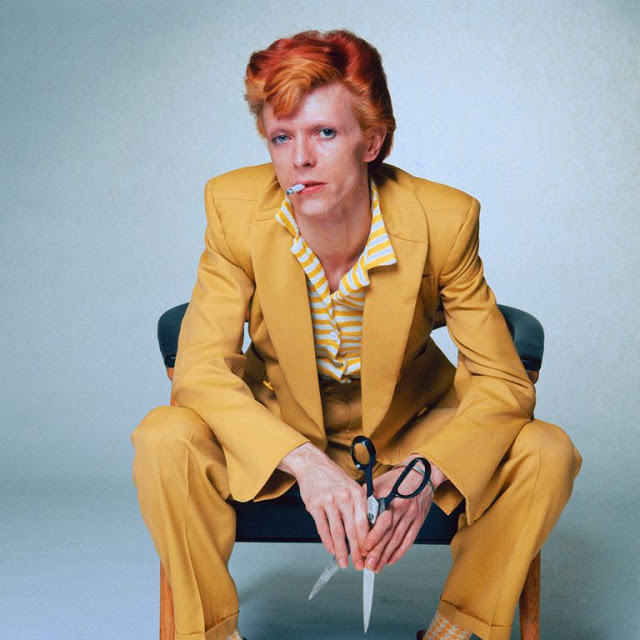 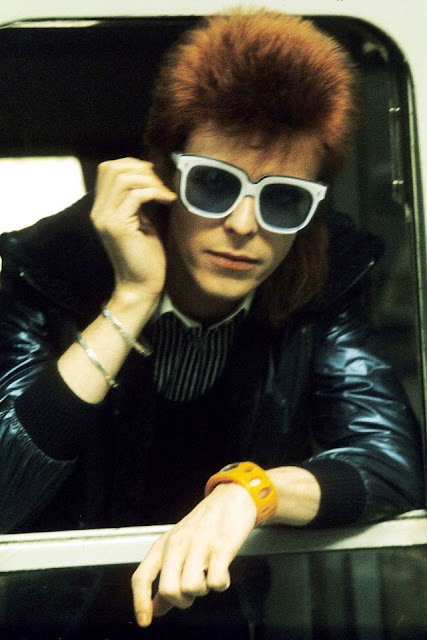 In sunglasses, pictured in England, 1974. 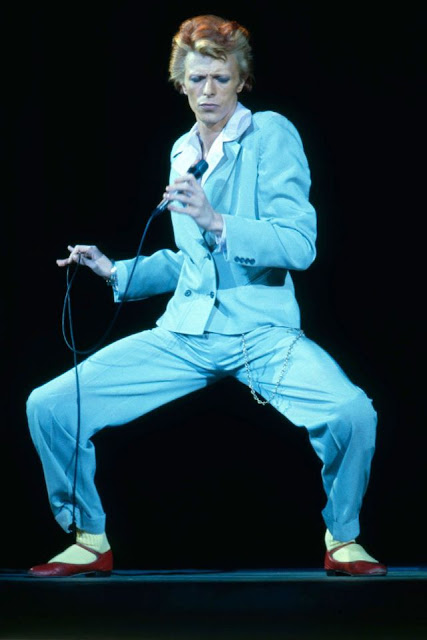 In a blue suit performing in Los Angeles during his Diamond Dogs tour, 1974. 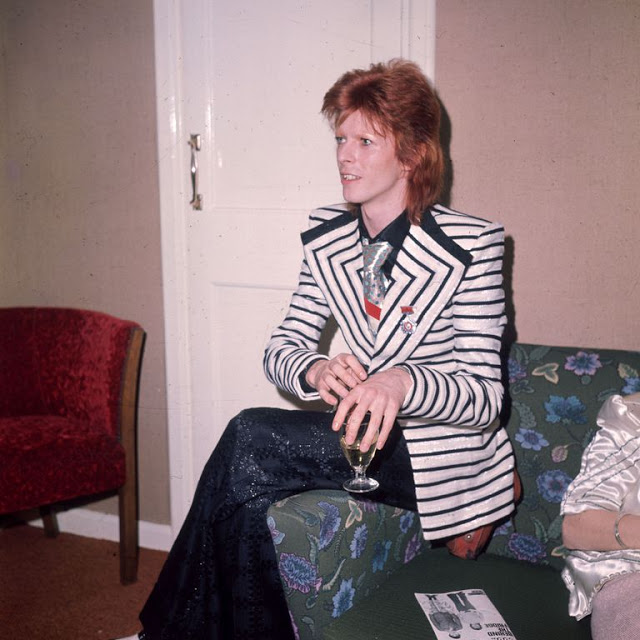 In a striped blazer with wide lapels caught candid, 1973. 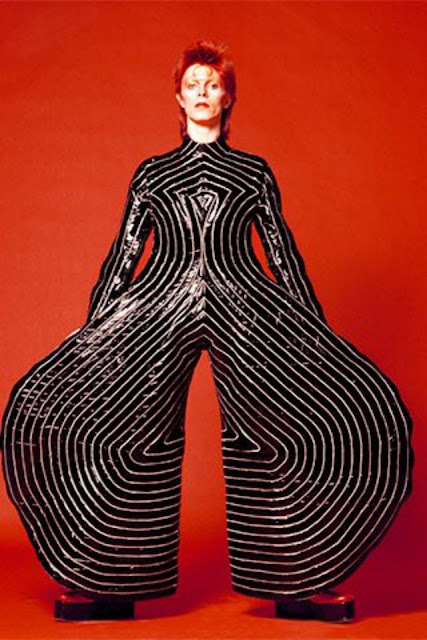 In a look by Japanese Designer Kansai Yamamoto, 1973. 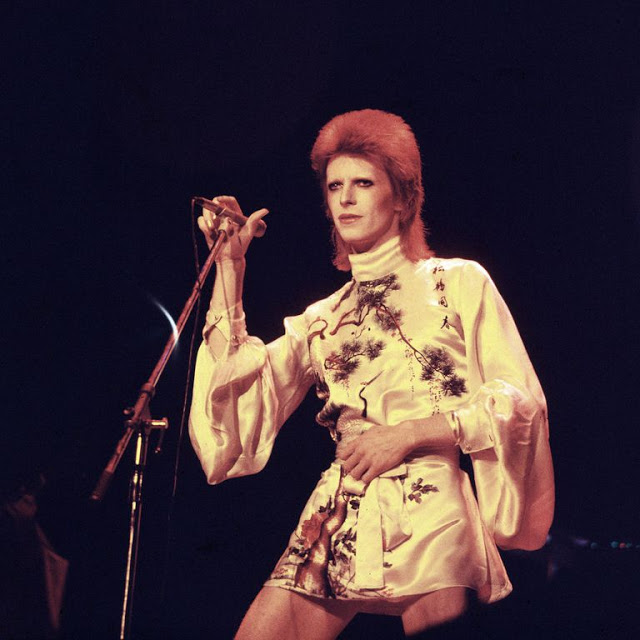 In a printed mini dress performing on his Ziggy Stardust/Aladdin Sane tour in London, 1973. 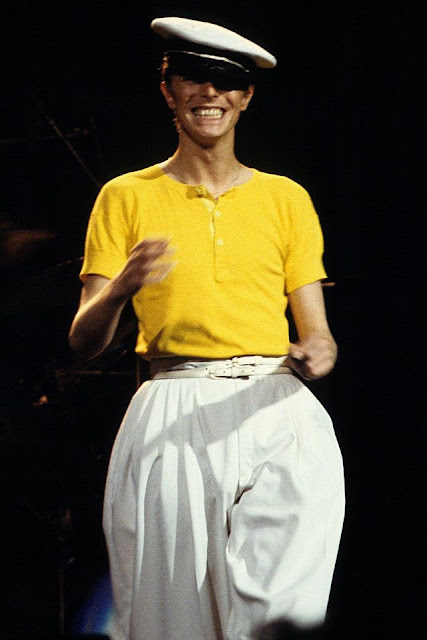 In a sailor cap and parachute pants on his Low/Heroes tour at Madison Square Garden, 1978. 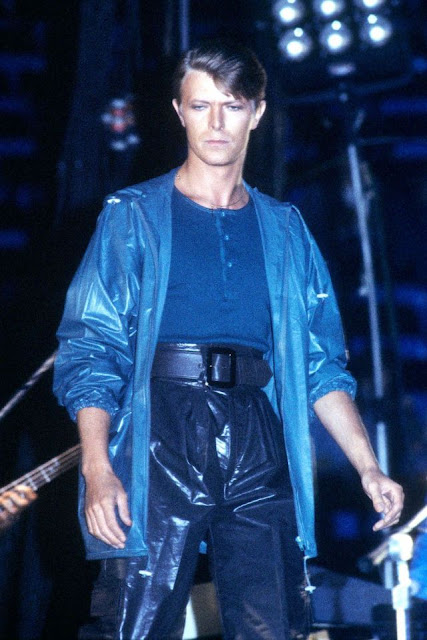 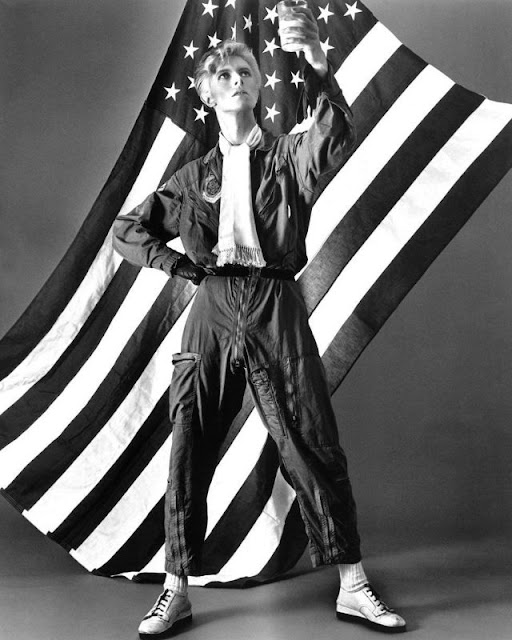 In a jumpsuit and sneakers posing for a portrait, 1976. 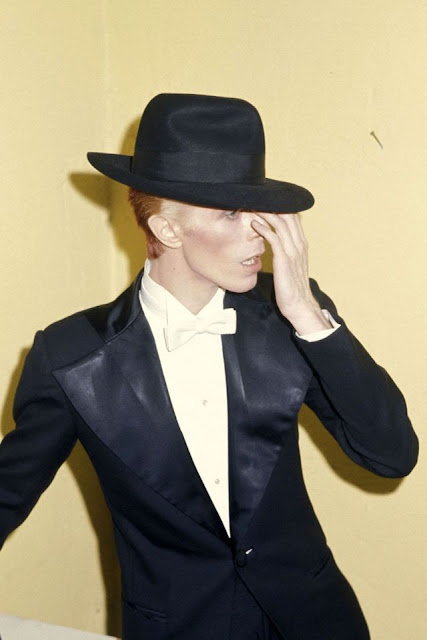 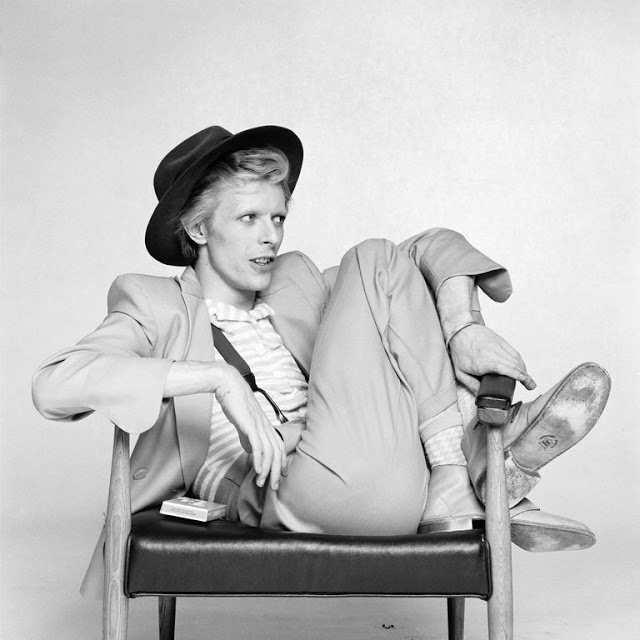 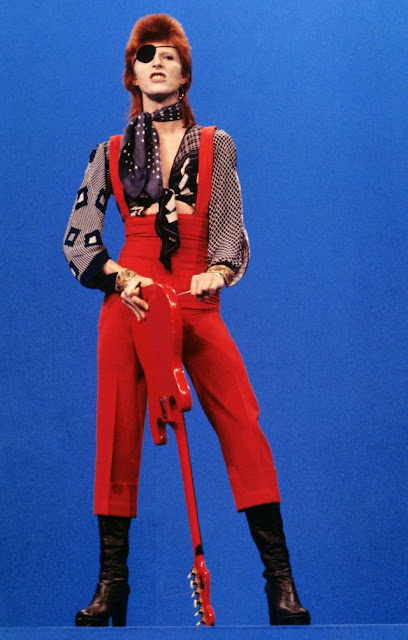 In an eye patch and red overalls performing "Rebel Rebel" on the TV show TopPop in Hilversum, Netherlands, 1974. 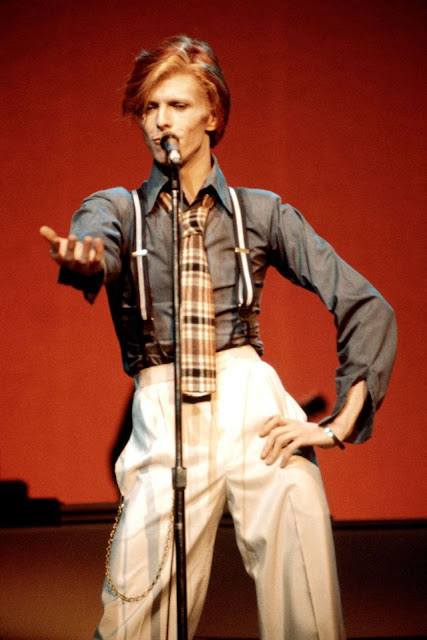 In suspenders and a plaid tie performing at Radio City Music Hall during the Philly Dogs Tour, 1974.