Photographs of the Pyramids of Giza taken at the height of colonialism show
tourists climbing the massive structures and offer more insight into the
evolution of tourism in Egypt.

While it’s forbidden for tourists nowadays to clamber up Egypt’s pyramids to
take a snap, back in Victorian times it was all the rage.
European holidaymakers clad in three-piece suits or long formal dresses and
hats had their photographs taken while climbing landmarks and sitting on top
of camels at the country’s most recognizable icons including King Khufu’s
tomb and the sphinx in Giza.

These vintage photographs capture tourists enjoying picnics and having an
after-lunch nap, inside a temple with hieroglyphics. 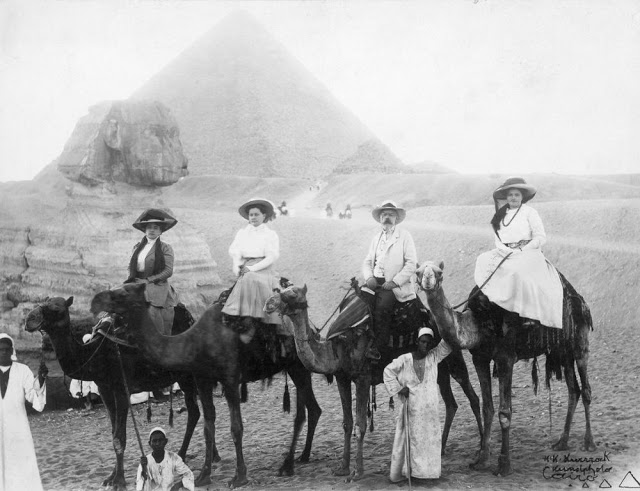 Tourists brave the heat in long skirts, jackets and hats while sitting
atop camels attended to by locals. In the background of this shot from 1900
is the pyramid and sphinx at Giza. 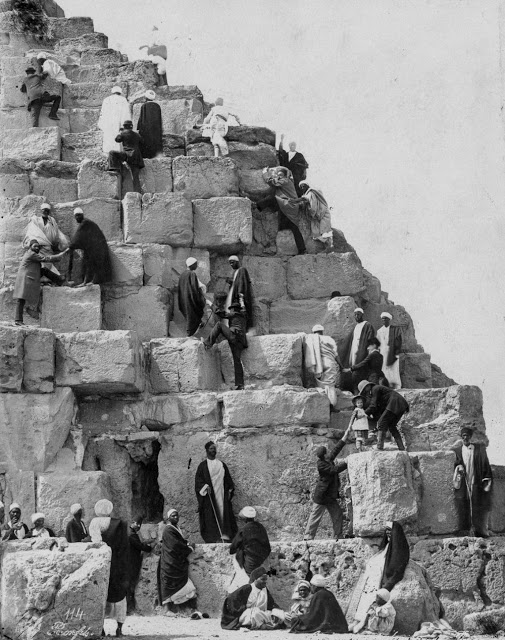 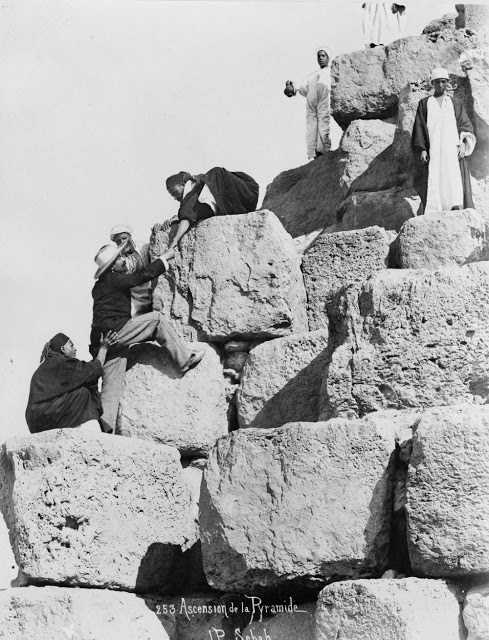 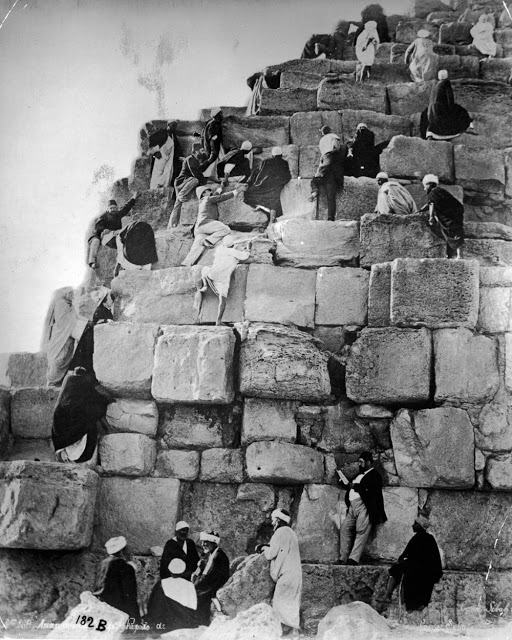 European holidaymakers clad in three-piece suits or long formal dresses
and hats had their photographs taken at the country’s most iconic landmarks
including the Sphinx of Giza. 1880 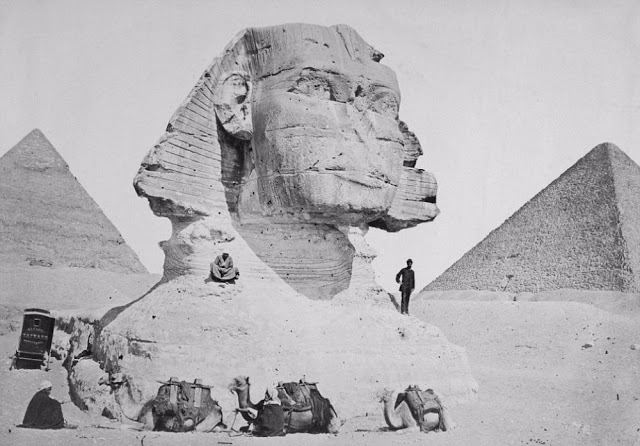 The Sphinx before excavation with tribesmen, a tourist and camels and the
pyramids of Kephren (left) and Cheops (right) beyond at Giza. 1890 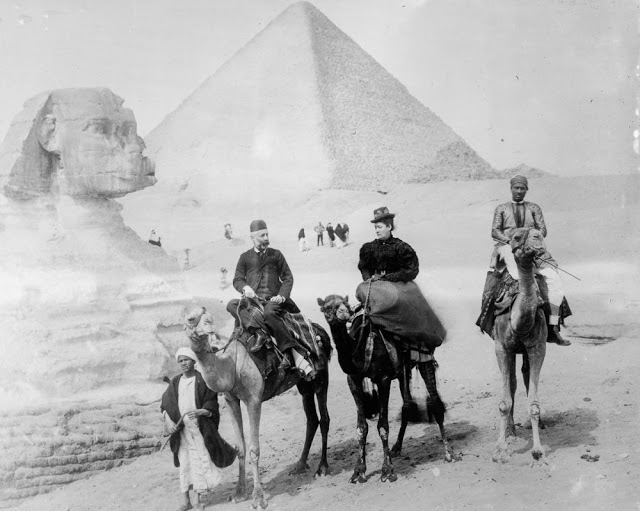 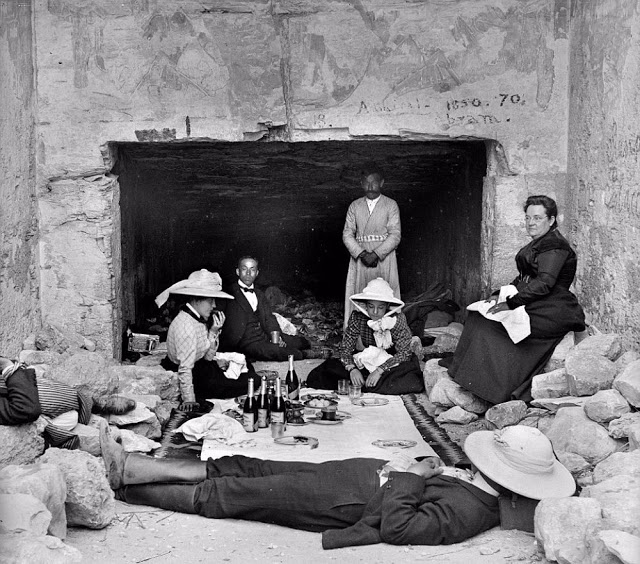 Formally attired Victorian holidaymakers nap after having a wine-fuelled
picnic inside a temple. 1898 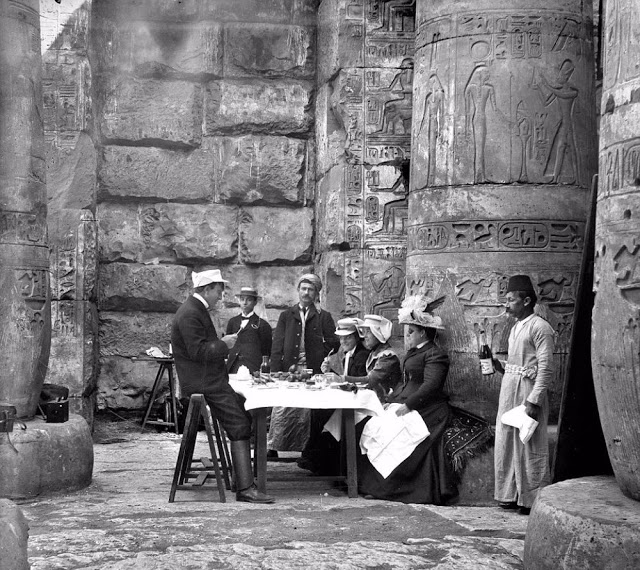 European tourists enjoying a meal inside a temple with a backdrop of
hieroglyphics while a local waits on them with a bottle of wine. 1898 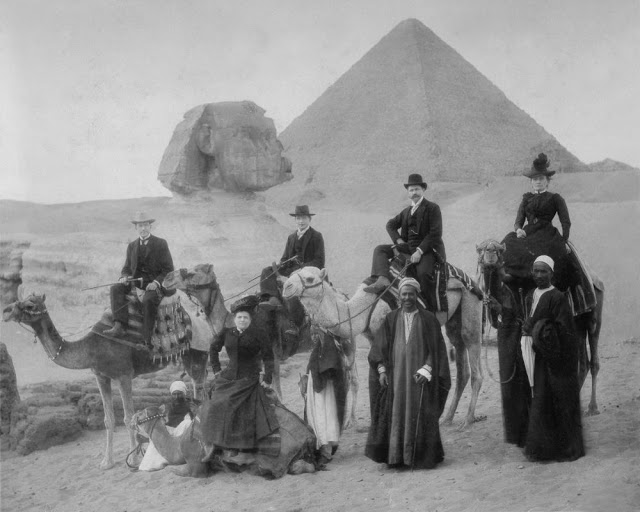 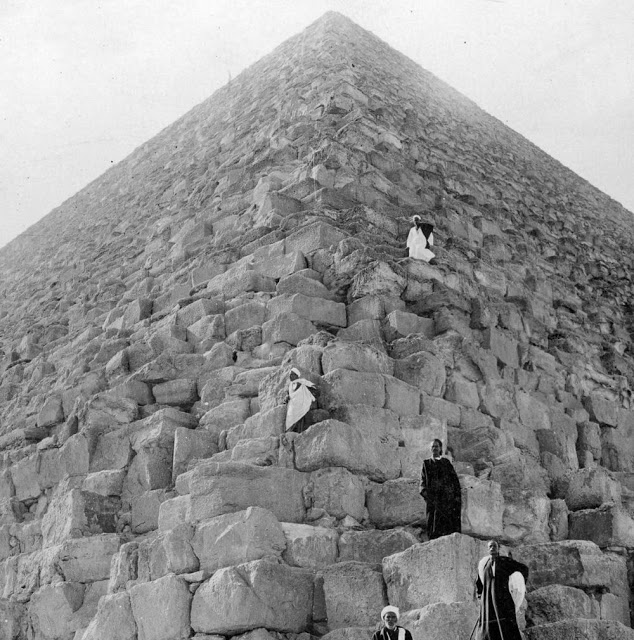 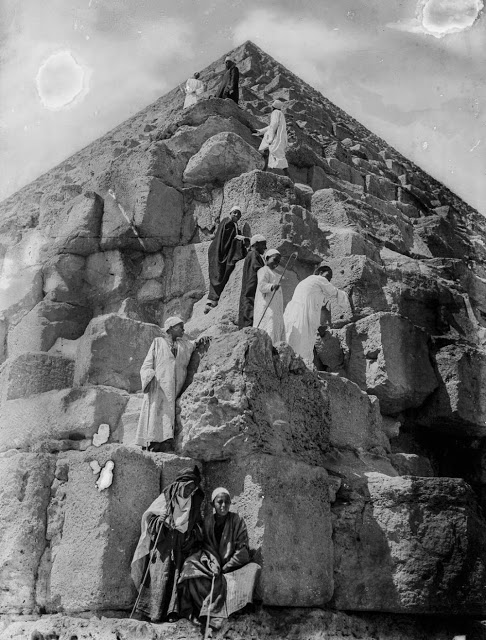 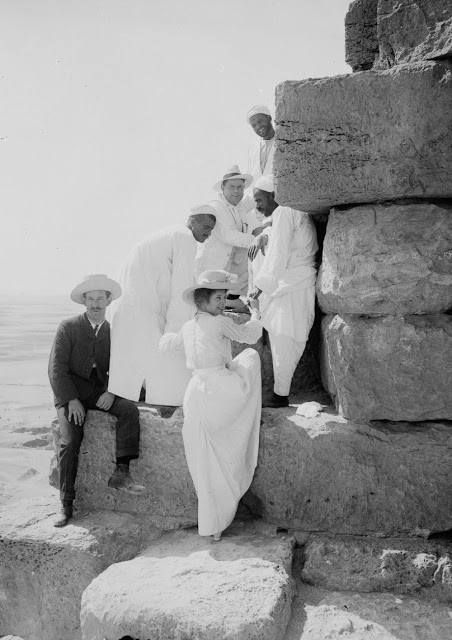 A group of holidaymakers - dressed for a summer party - are helped as
they climb up a pyramid to get the ultimate vantage point. 1900 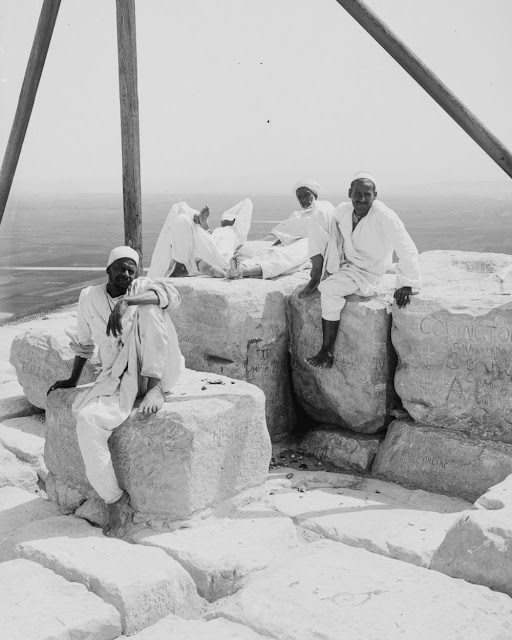 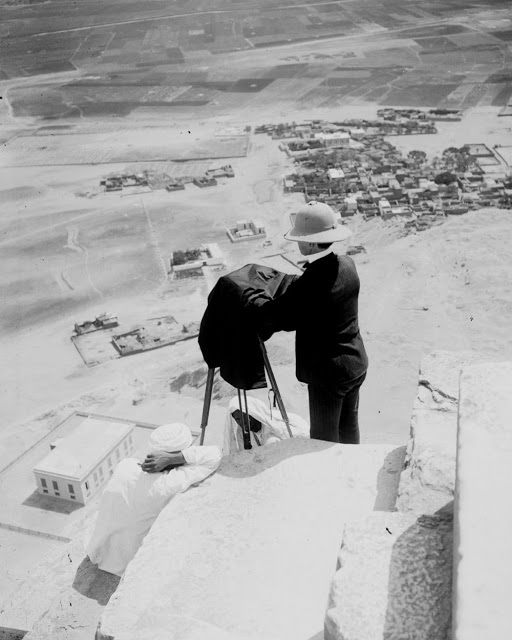 Photographer Lewis Larsson composes a photo from atop the Great Pyramid.
1900 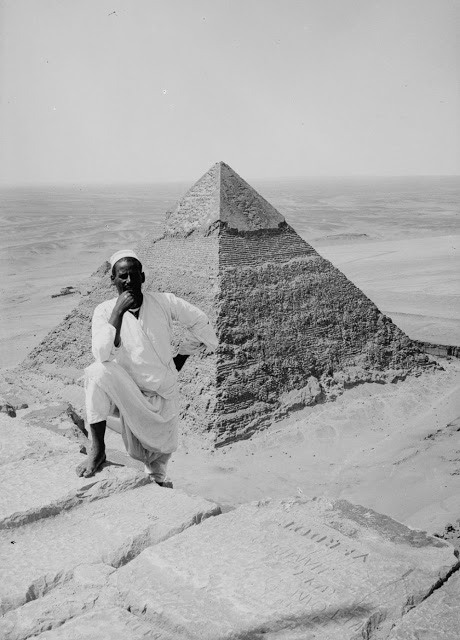