For women, sitting aside on a horse dates back to antiquity. For the main part, men rode horses; women were merely passengers, sitting behind the men, either holding the man around the waist or sitting on a small padded seat or pillion. This was partly due to their long, heavy skirts; it was impractical to ride astride. Also riding side-saddle was seen to preserve the ladies’ modesty.

The idea of it being indecent for a lady to ride astride can be traced back to 1382, when Princess Anne of Bohemia rode side-saddle across Europe on her way to marry King Richard II. Riding side-saddle was seen as a way to protect her virginity. Soon it was considered vulgar for any woman to ride astride.

The sidesaddle was considerably improved over the years, especially during the Victorian period. The first specifically designed side saddle accommodated a women sitting fully sideways in a "planchette" saddle which was like a chair with a footrest.

Women riding alone probably began by ride a standard saddle with one horn. But specially-designed side-saddles were soon developed. Various arrangements of single or double stirrups and pommels were in use, with the women still sitting to the side with both feet side-by side in one or two stirrups or on a shelf.

In the early 20th century it became socially acceptable for women to ride astride while wearing split skirts or breeches, and the side-saddle began to fall out of fashion. The rise of women’s suffrage also played a role; to the Suffragettes, riding side-saddle was a symbol of male domination. And so by 1930, riding astride had become totally acceptable and the preferred method of riding for women. 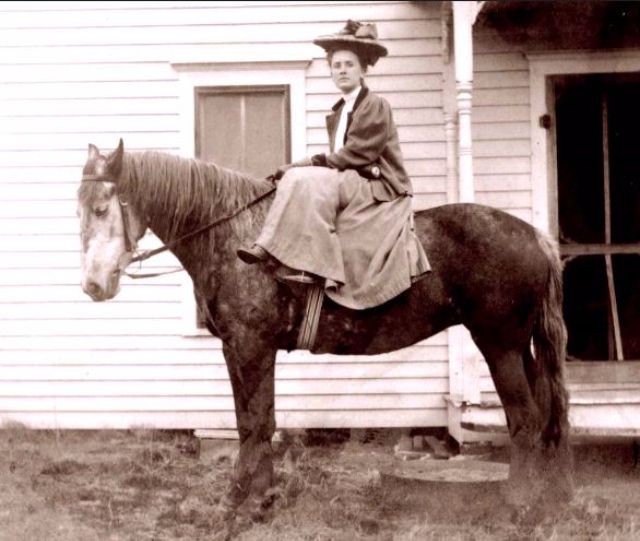 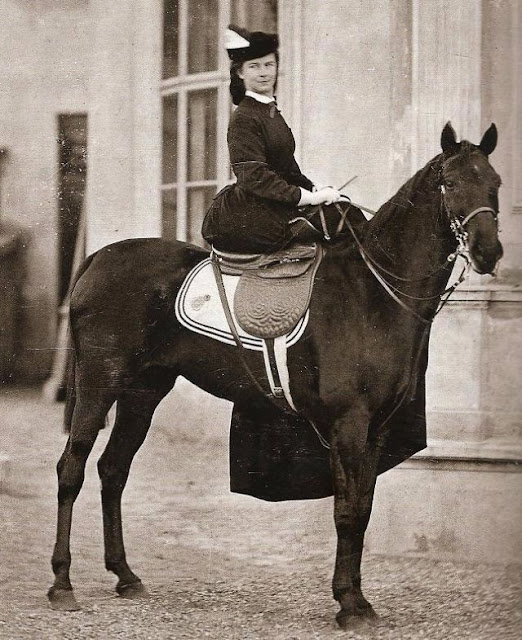 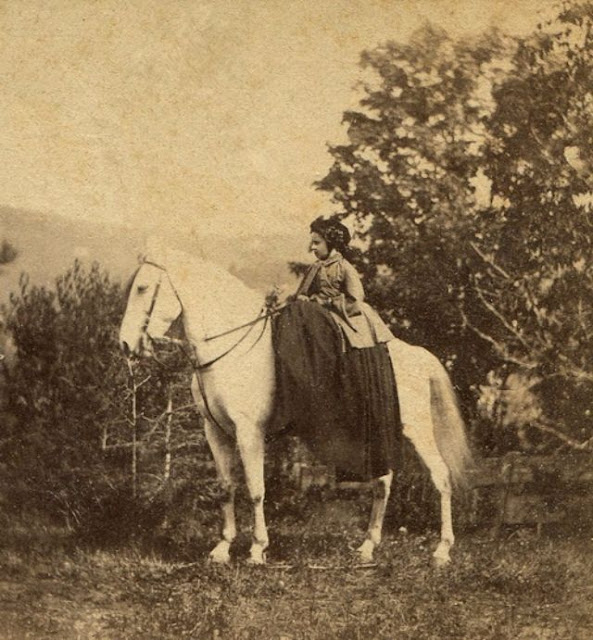 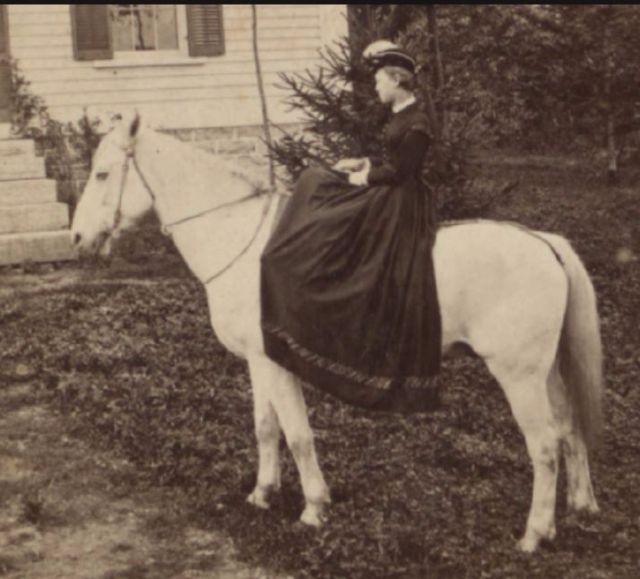 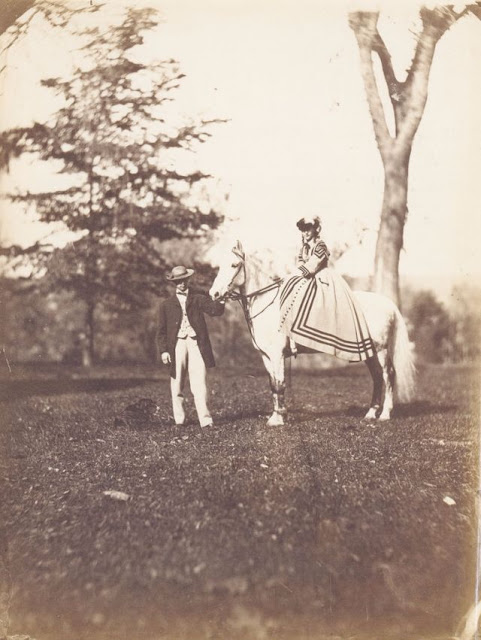 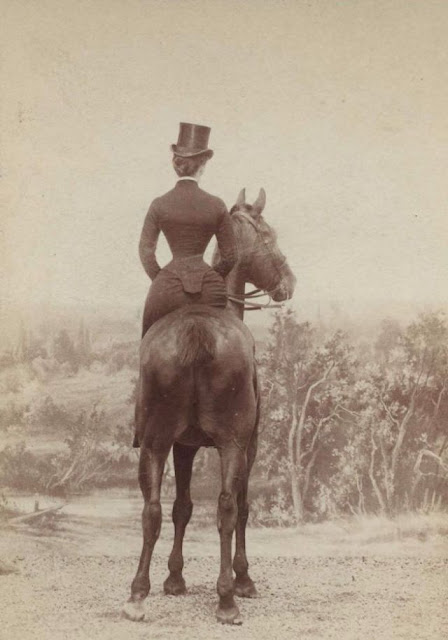 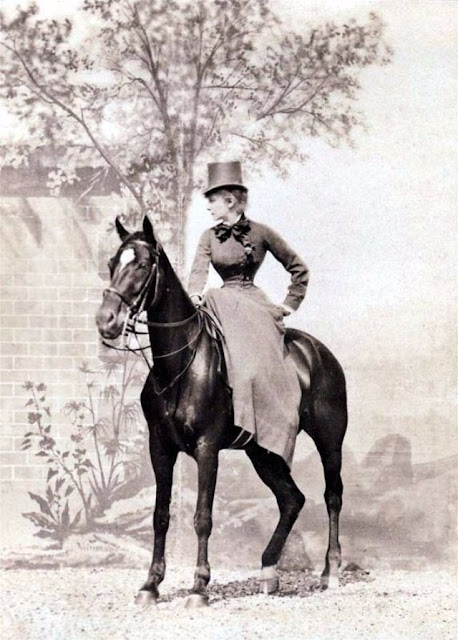 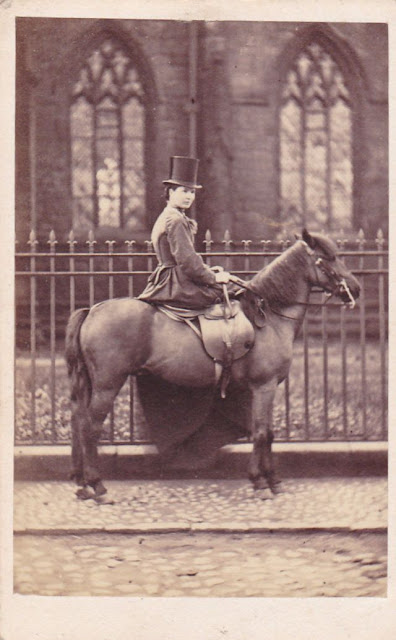 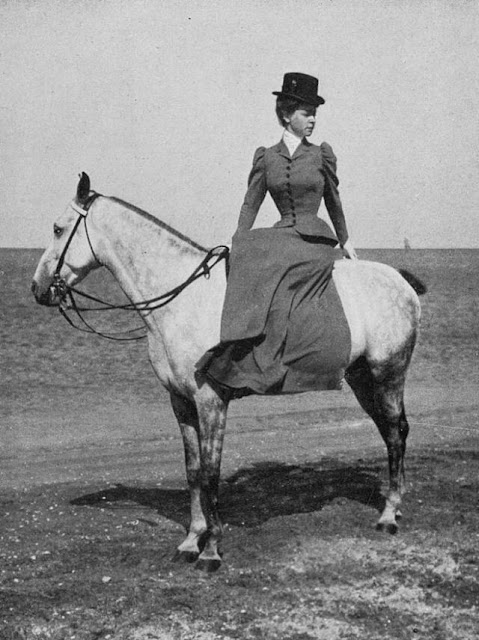 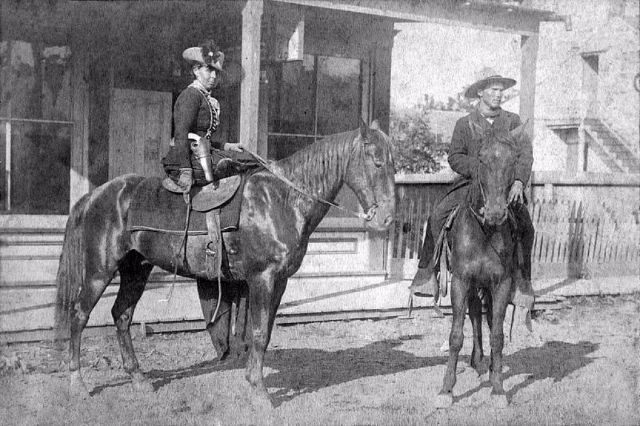 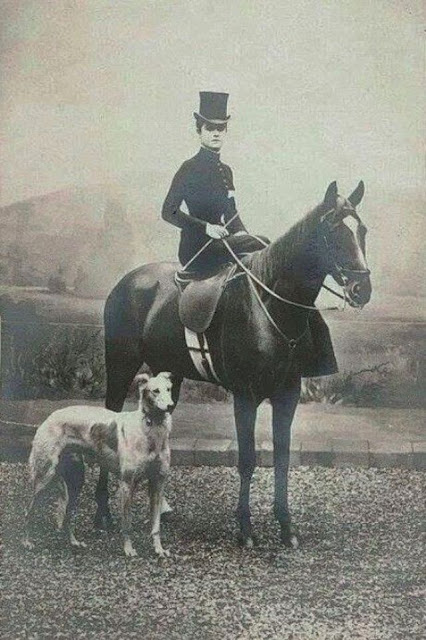 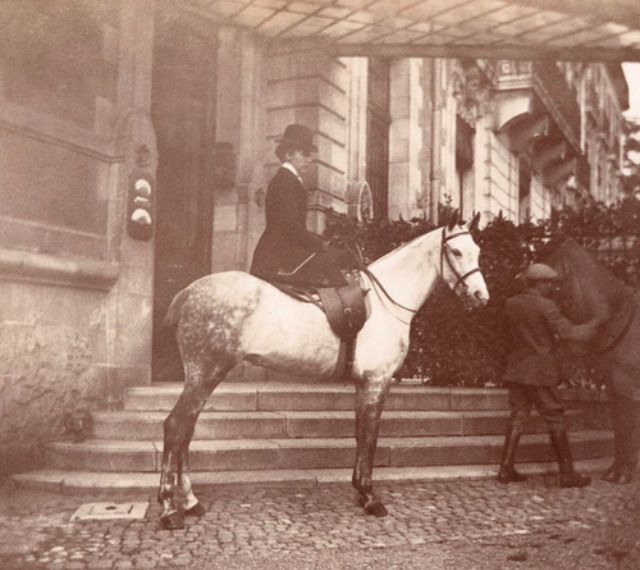 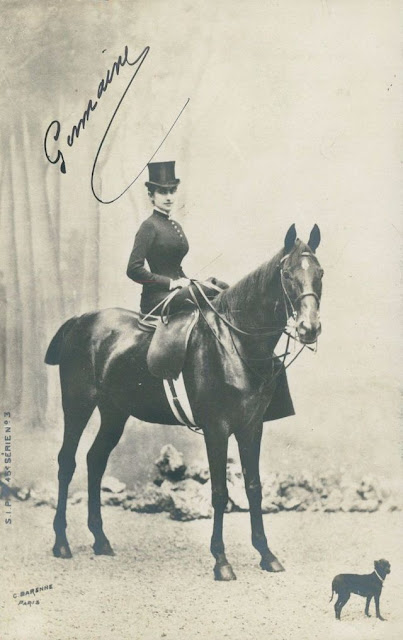 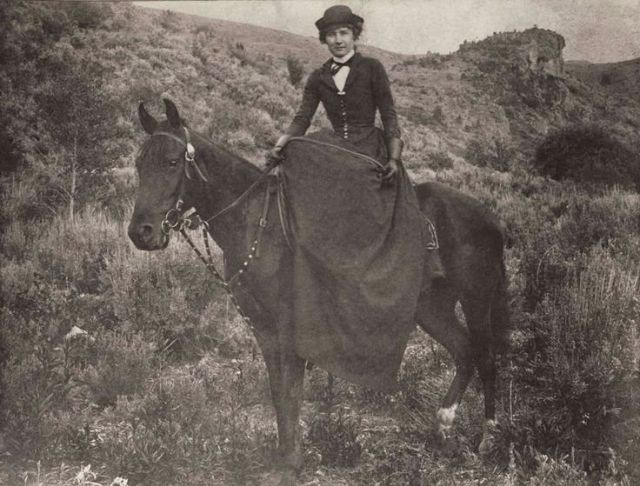 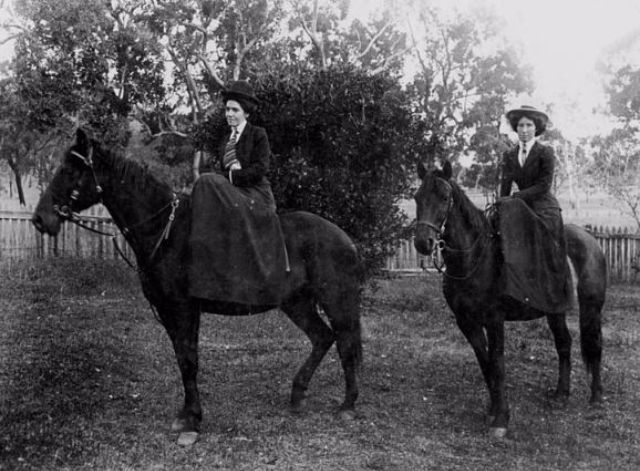 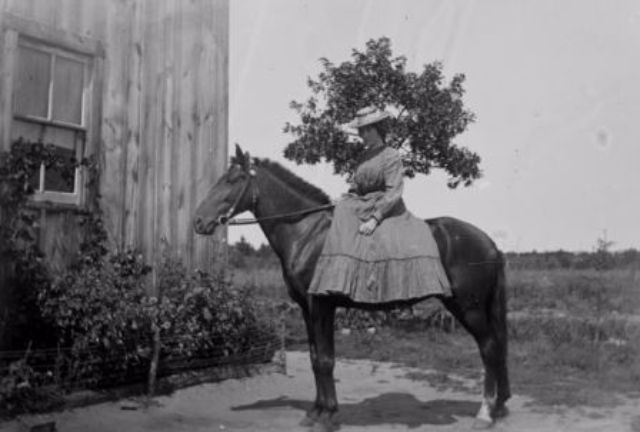 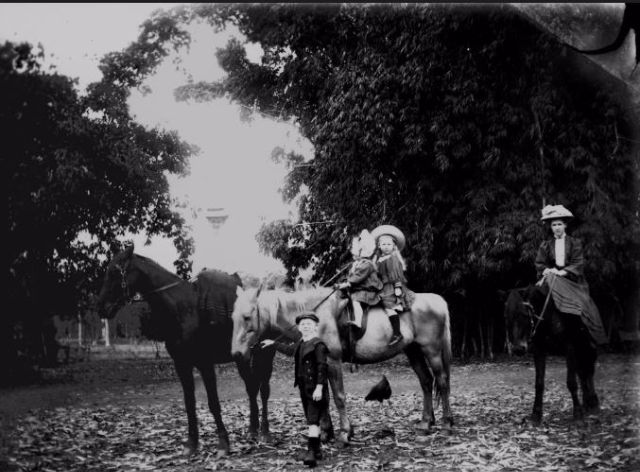 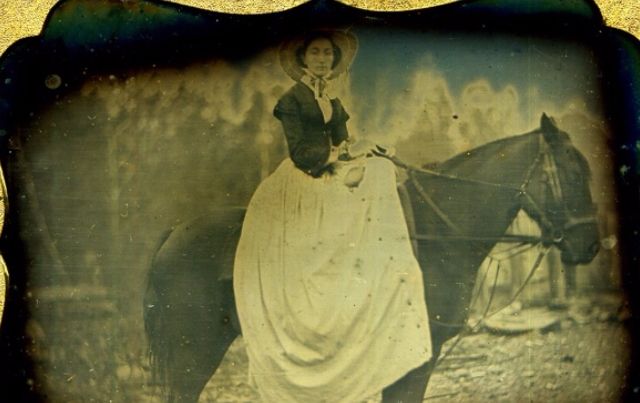 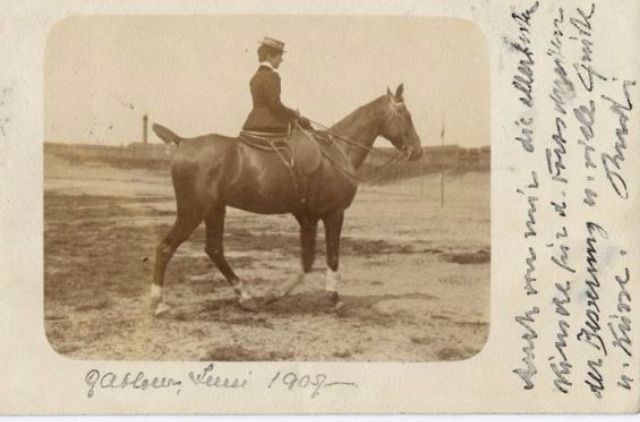 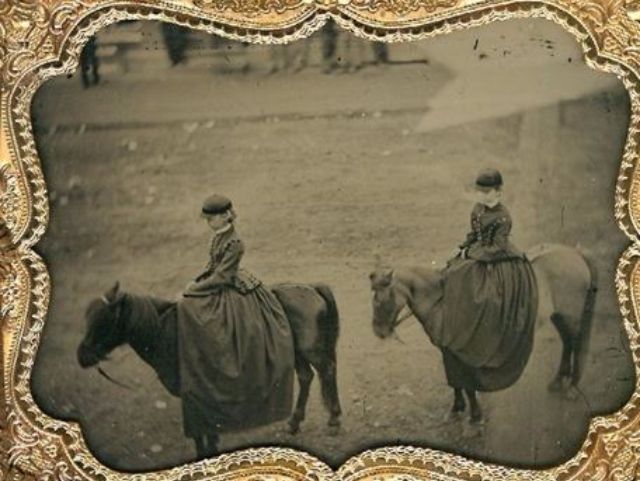 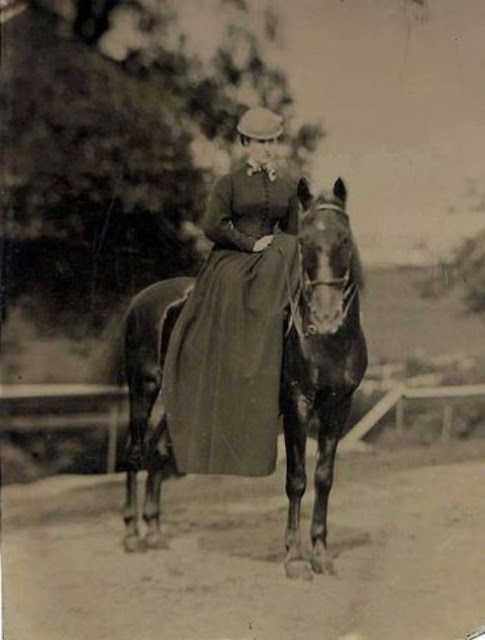 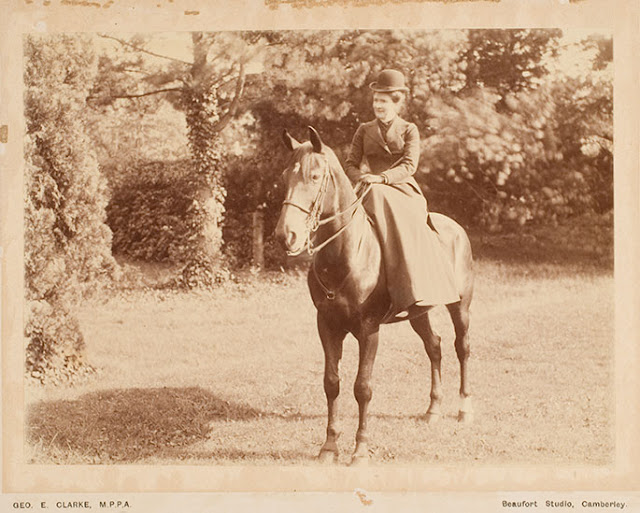 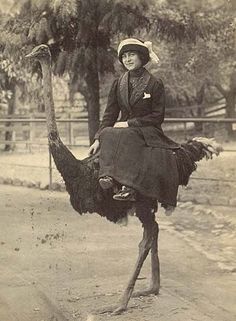 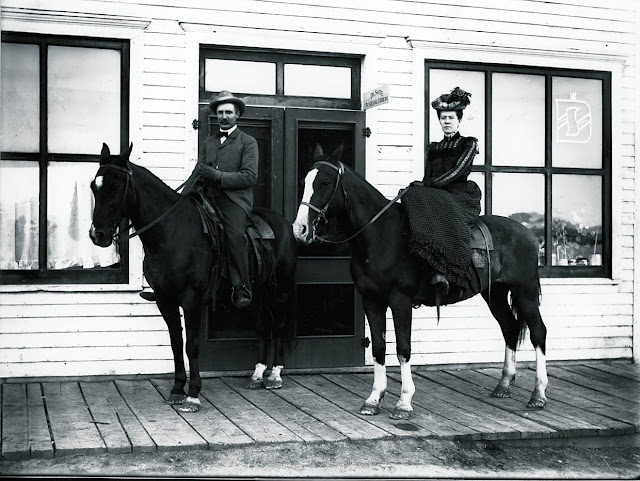 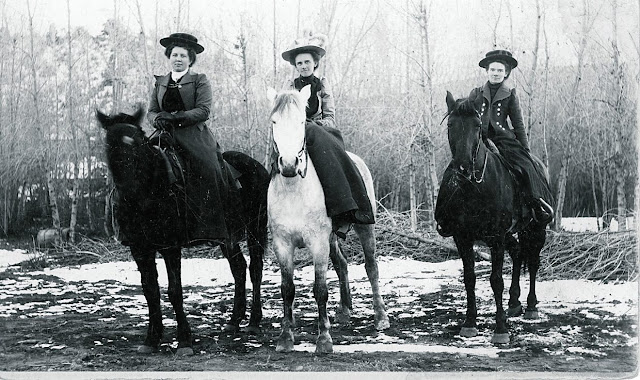 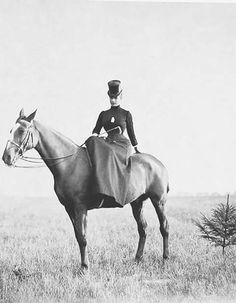 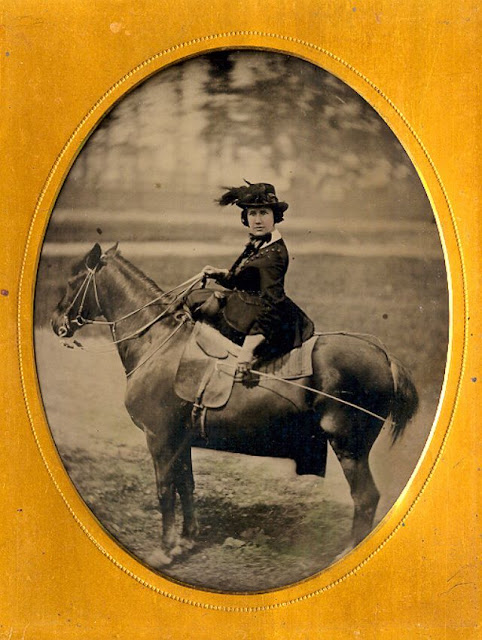 Posted by Yesterday Today at 1:29 PM