In the 1960s, as popular culture became ever more important, toys start to
reflect the television, movies, and musical influences that children
experienced during the decade. While the focus still remained similar to the
types available for children in the 1950s, more and more toys featured
labels associated with popular characters or celebrities like The
Flintstones or The Beatles. Here, below are 14 popular children's toys of
the 1960s: 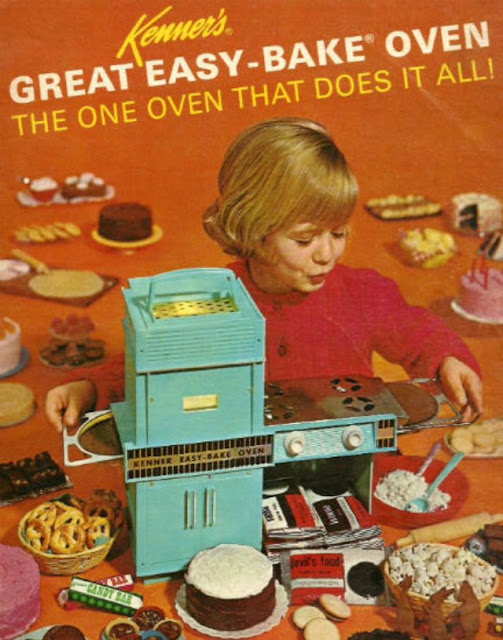 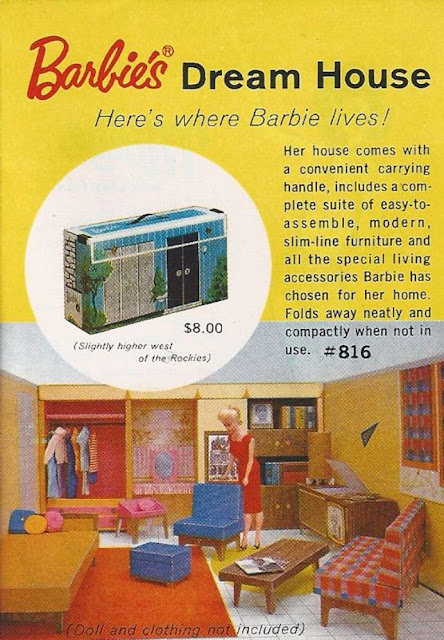 Barbie's Dream House
Dolls were hot commodities in the 1960s, and they needed a place to live. In
1962, some prime real estate opened up for Barbie - a cardboard ranch
complete with mid-century modern furniture. Years later, she would add
levels and decadence to her abode. 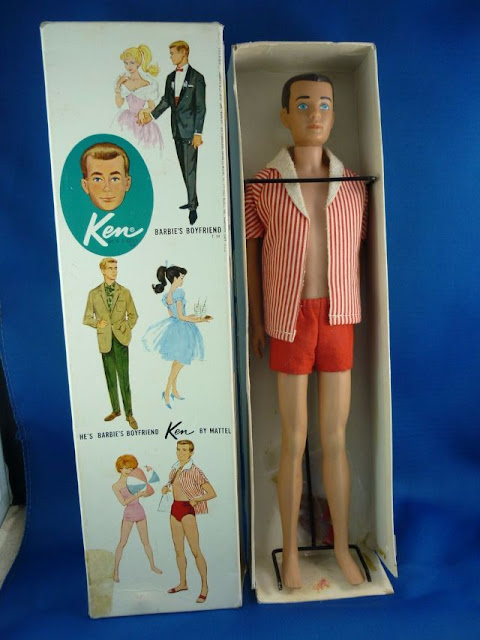 Ken Doll
Barbie made her debut in 1959, and went without a companion for two years
before Ken arrived in 1961. The doll had "real" hair (made of felt) its
first year on the market before getting a plastic 'do. 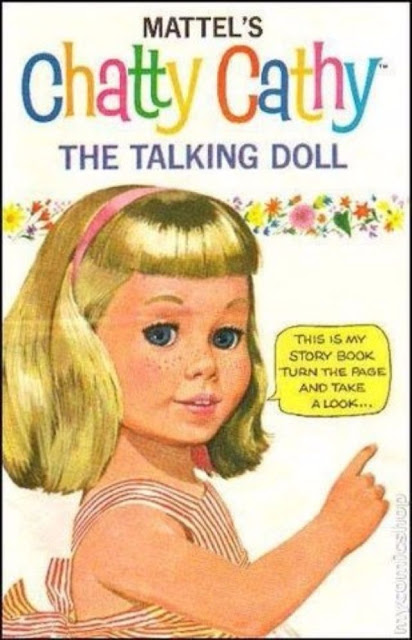 Chatty Cathy
This talking doll gave Barbie a run for her money in the 1960s, becoming the
second highest-selling doll of the decade. Pull the string from her back and
Cathy would speak one of 11 phrases. "I love you" was one, of course. Even
Marcia Brady was a fan! 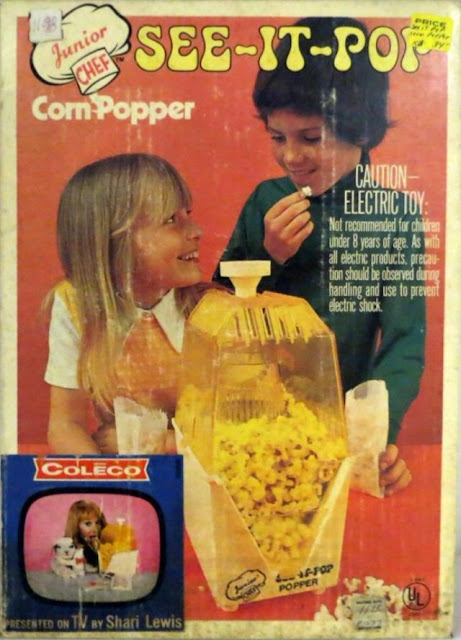 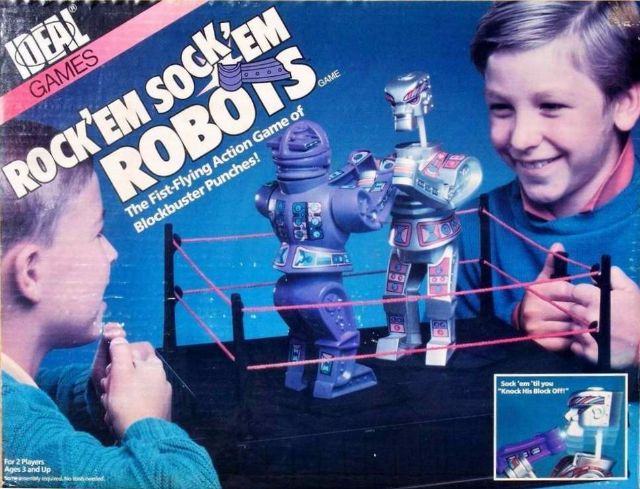 Rock 'Em Sock 'Em Robots
Boxing robots are hand controlled for hours of fun. Boxers move around,
throw left and right punches. When socked on the chin, a spring mechanism
pops the head up. 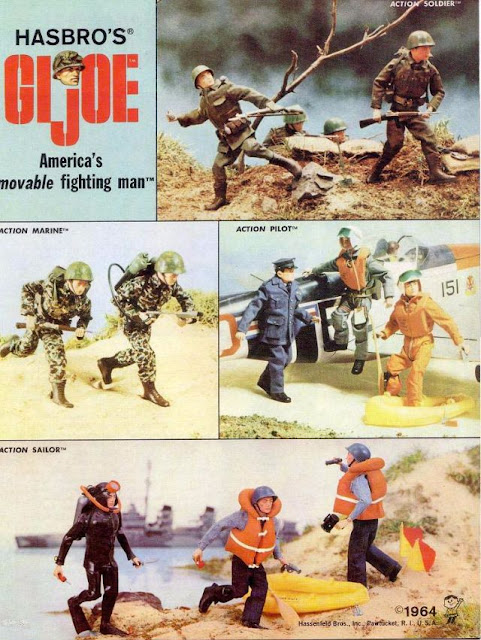 G.I. Joe Doll
Dolls got a little more masculine in the mid '60s with the introduction of
G.I Joe. An army of little plastic toy soldiers just couldn't stand up to
Hasbro's mighty doll. 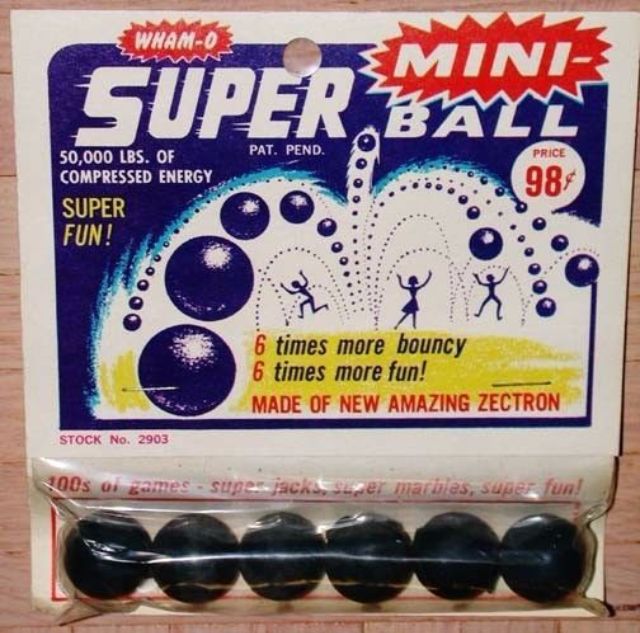 Wham-O Super Ball
Wham-O produced many of the most memorable children's toys of the 1960s and
1970s, but this was one of the most popular. The company's "super" rubber
contained polybutadiene, hydrated silica, zinc oxide and stearic acid. But
who cares, those things could BOUNCE! 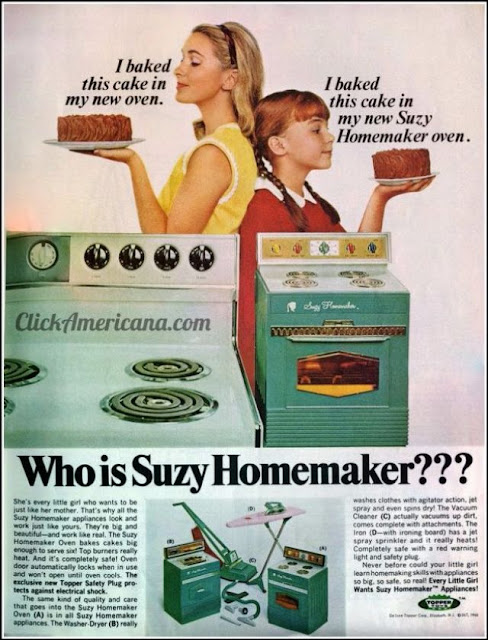 Suzy Homemaker
Like "Chatty Cathy," Suzy Homemaker was so popular, it became part of the
American vernacular. This line of shrunken appliances, introduced in 1966,
momentarily made children forget about their Easy-Bake Ovens. 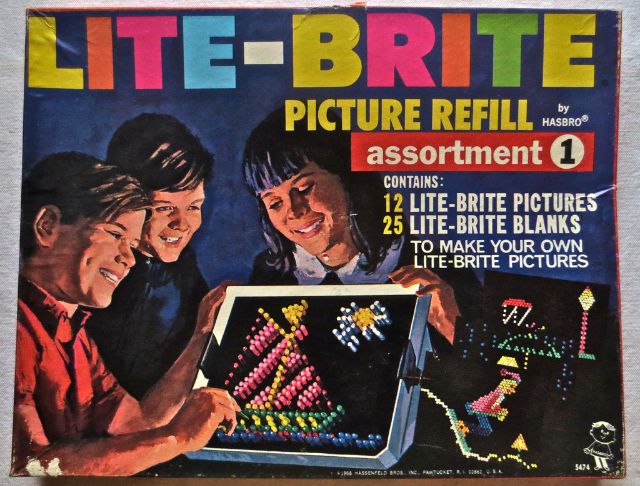 Lite-Brite
When launched in 1967, Lite-Brite was billed in catalogs as "an amazing new
toy that lets a child color with light." It came with 16 pre-printed picture
sheets to lay on the "magic box." Soon enough, kids across the country
quickly learned what real anger felt like when the box was tipped over while
working. 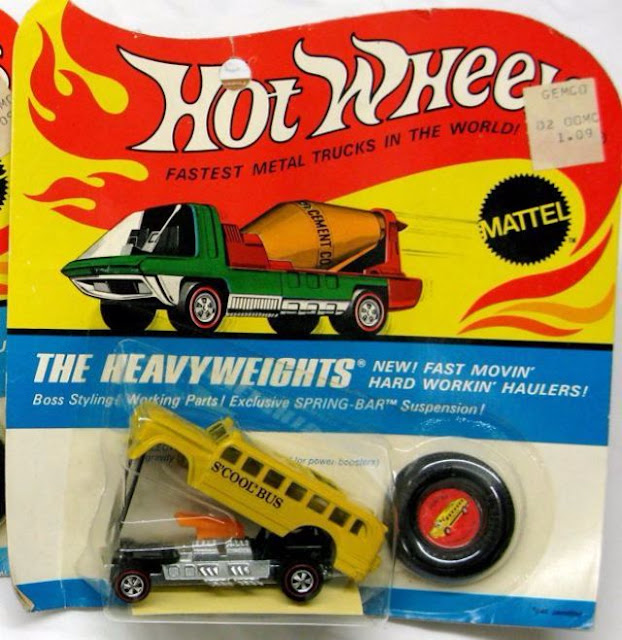 Hot Wheels
Matchbox had been selling tiny cars since for over a decade when Mattel
jumped in the game with Hot Wheels in 1968. The initial line of models
included American muscle like Camero, Corvette, Firebird, Mustang and more. 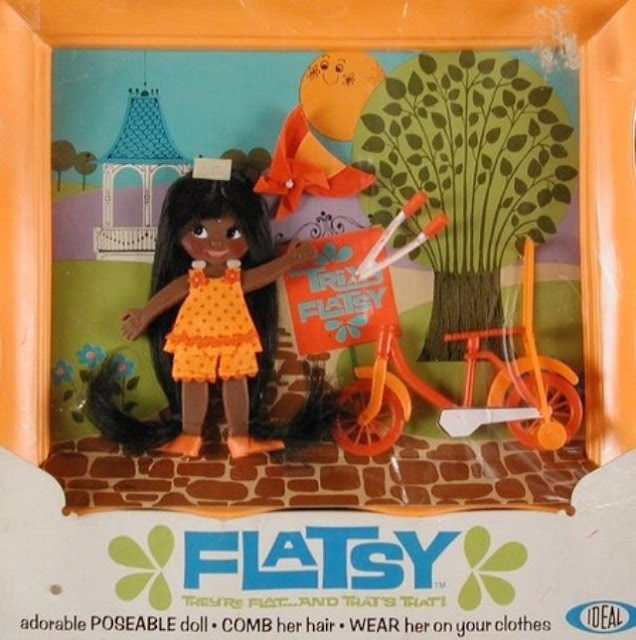 Flatsy Dolls
Ideal Toy Company premiered these sort-of-two-dimensional dolls at the end
of the decade. They came in three sizes, and each with a theme. These
groovy, mod relics are quite collectible. 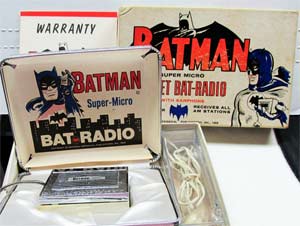 In 1966 Batman and secret agents invaded the toy field. There were
Batman art toys, games, costumes, wheel toys, model kits and a Batman
walkie-talkie. There were also Batman figures, airplanes, radios, hats, a
dart launcher, and Gotham City, all on display at the 1966 Toy Fair in NYC. 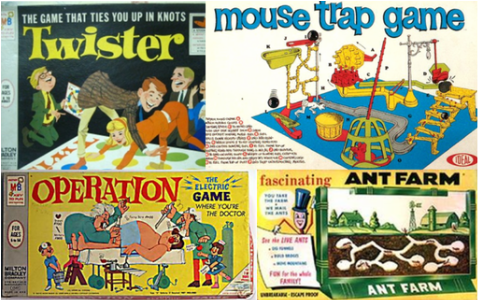 Popular toys in the 1960's included board games like Mouse Trap,
Twister and Operation, all of which can still be found today.

Posted by Yesterday Today at 9:28 AM