On the evening of May 20, members of the Young Women’s Republican Club of Milford, Connecticut, explored the pleasures of tobacco, poker, the strip tease and such other masculine enjoyments as had frequently cost them the evening companionship of husbands, sons and brothers.

Men were strictly forbidden from entering the Ladies’ Smoker Night, although they tried their best to attend, in any way possible.

Thus LIFE photographer Nina Leen chronicled the shenanigans that erupted when a group of GOP women got together for an old-fashioned "smoker" (noun: an informal social gathering for men only) on one long, memorable night in southern New England.

According to an article in the June 16, 1941, issue of LIFE magazine, the evening’s nicotine consumption: 20 cartons of cigarettes, four dozen pipefuls of tobacco, 30 cigars. 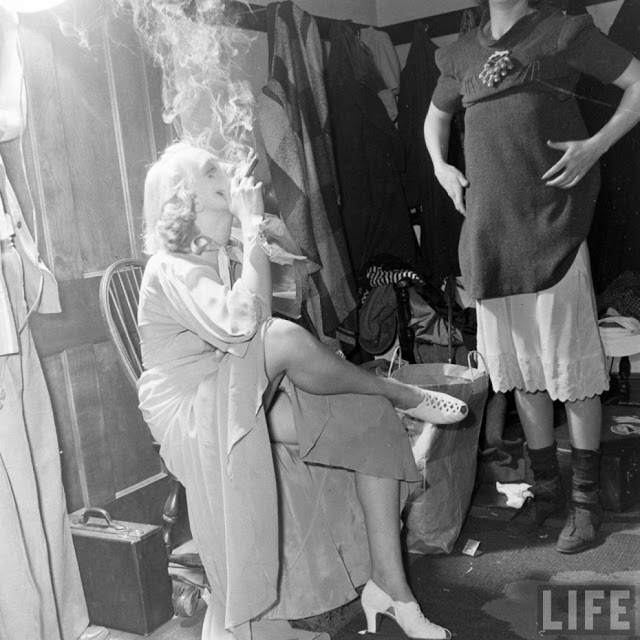 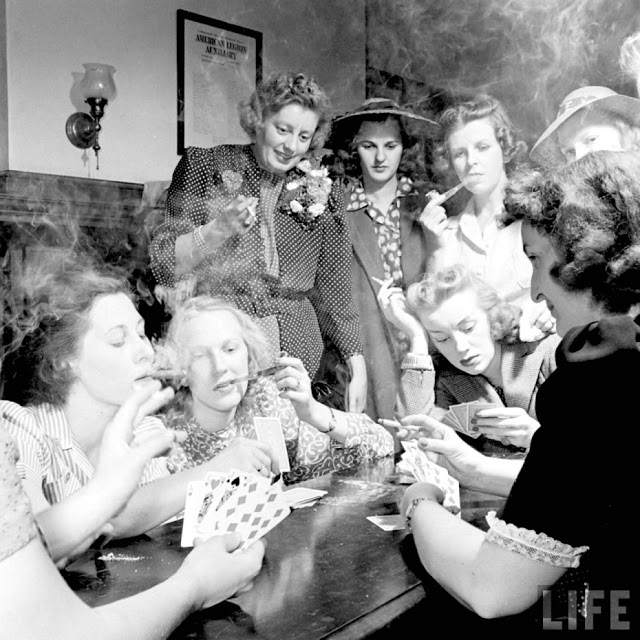 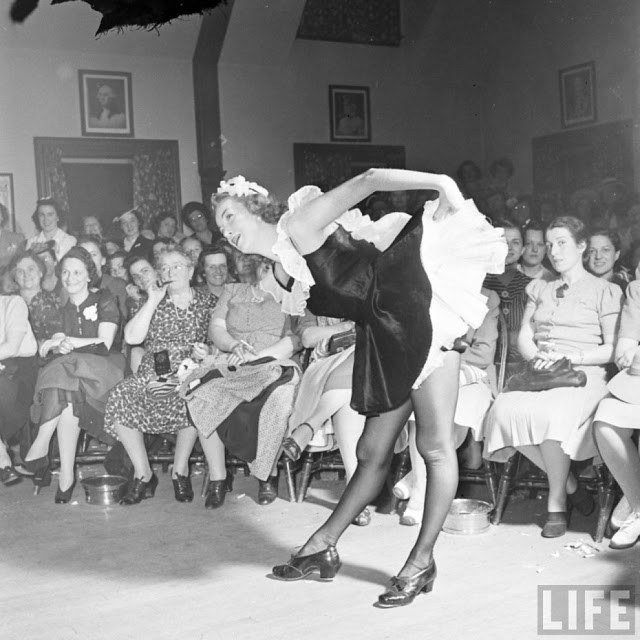 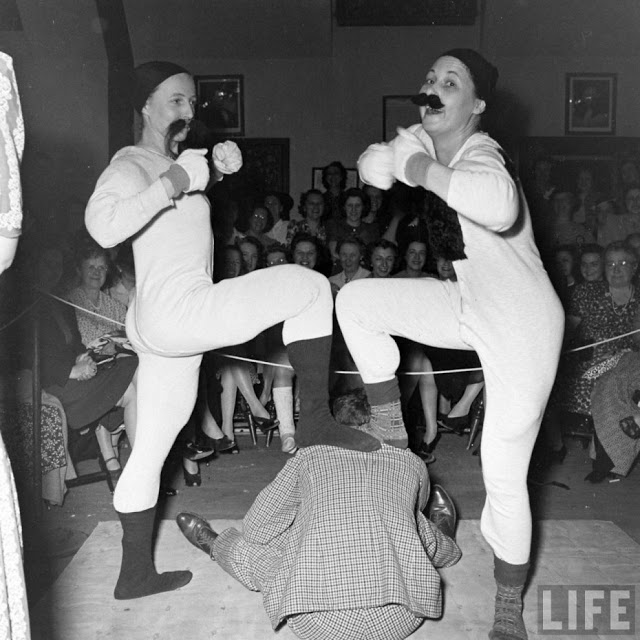 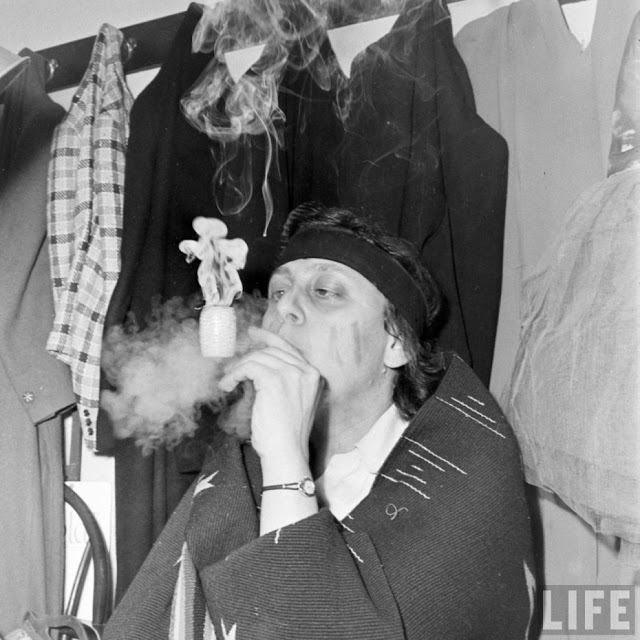 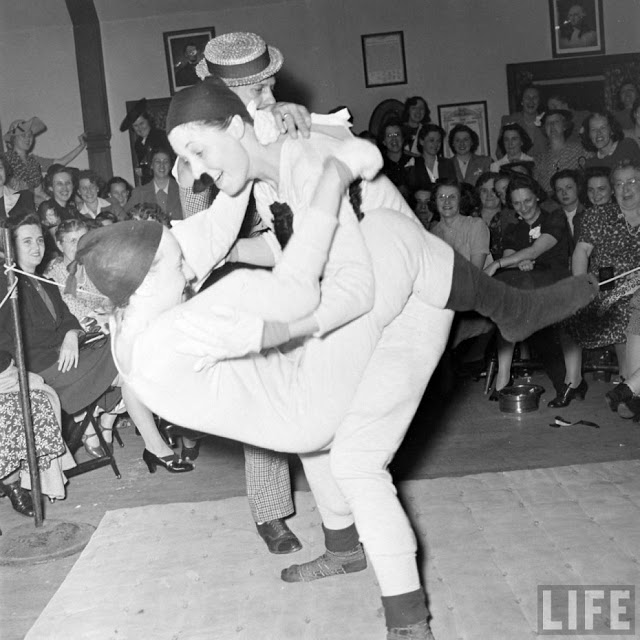 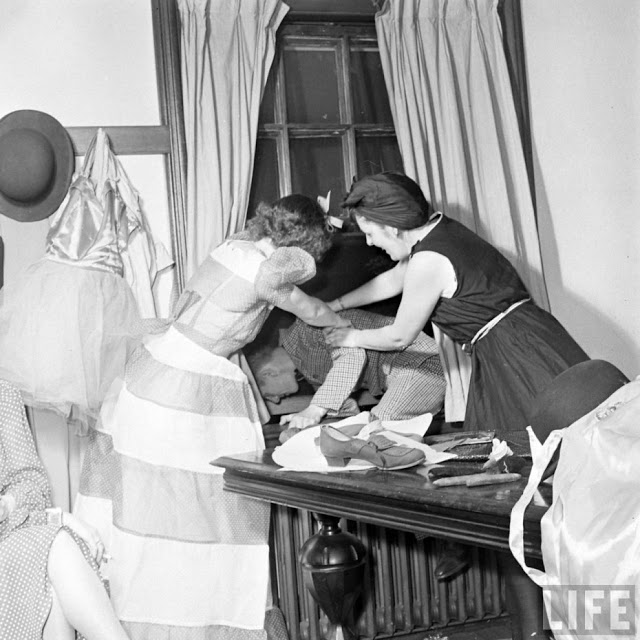 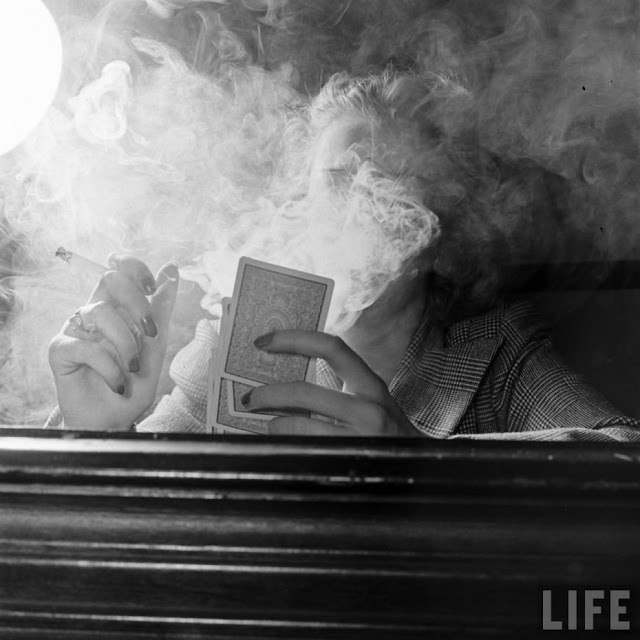 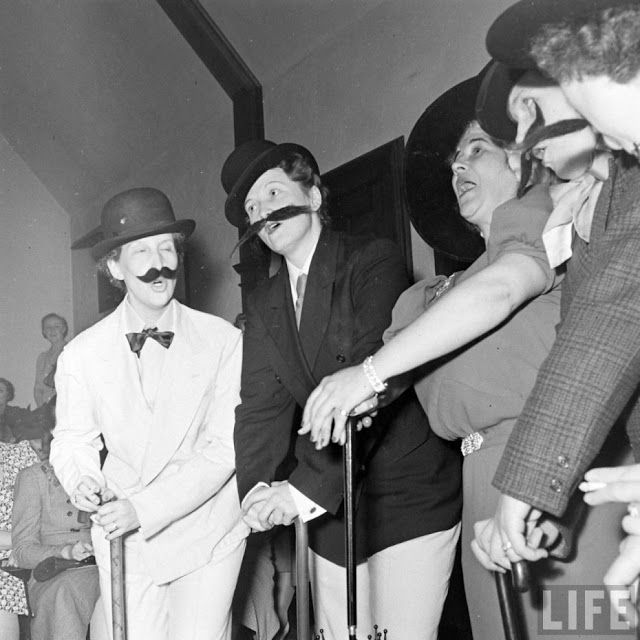 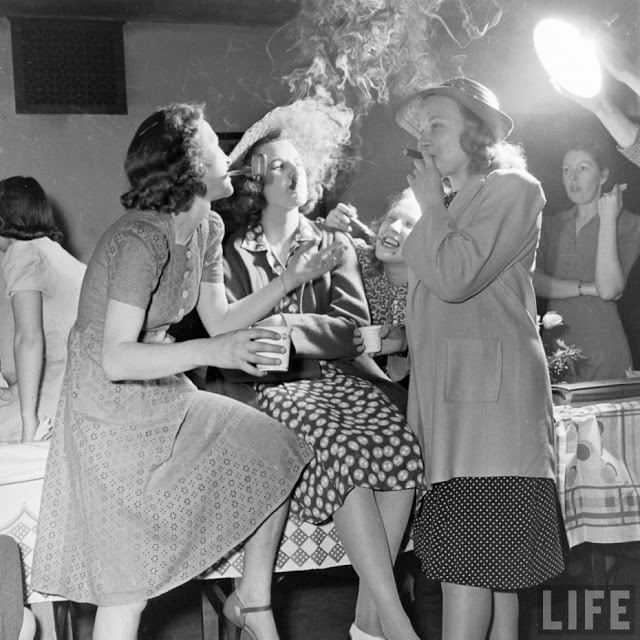 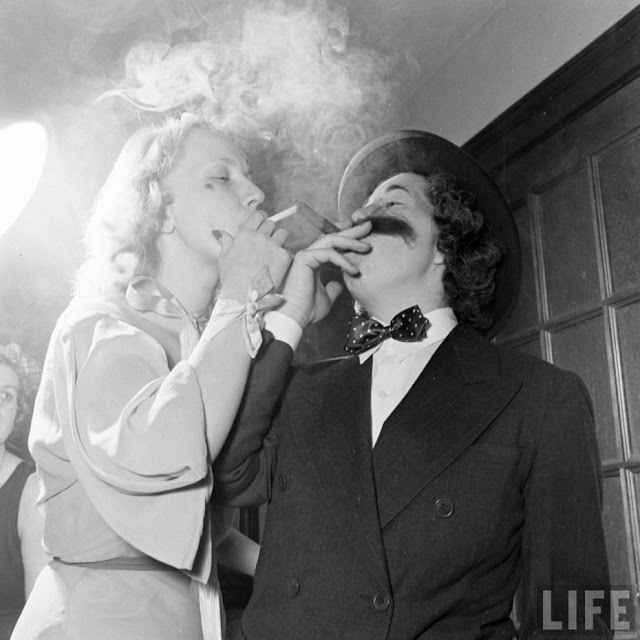 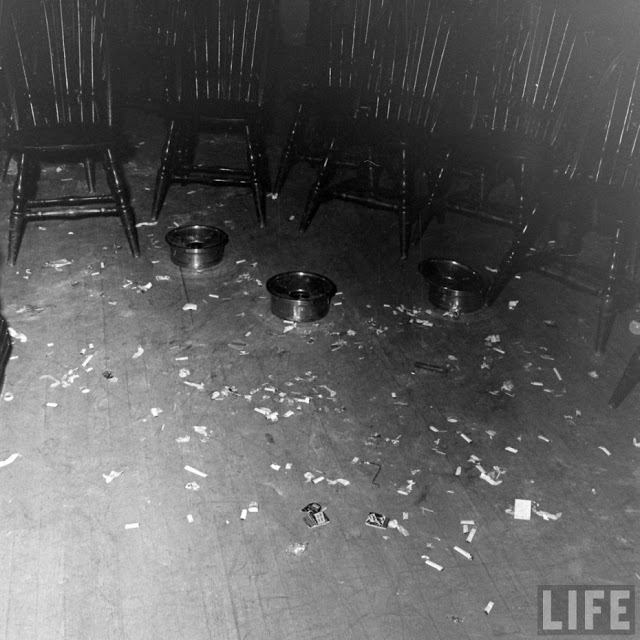 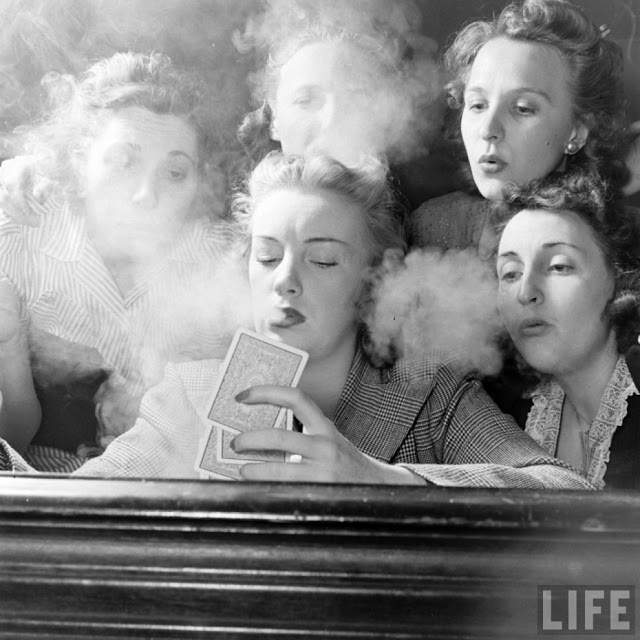 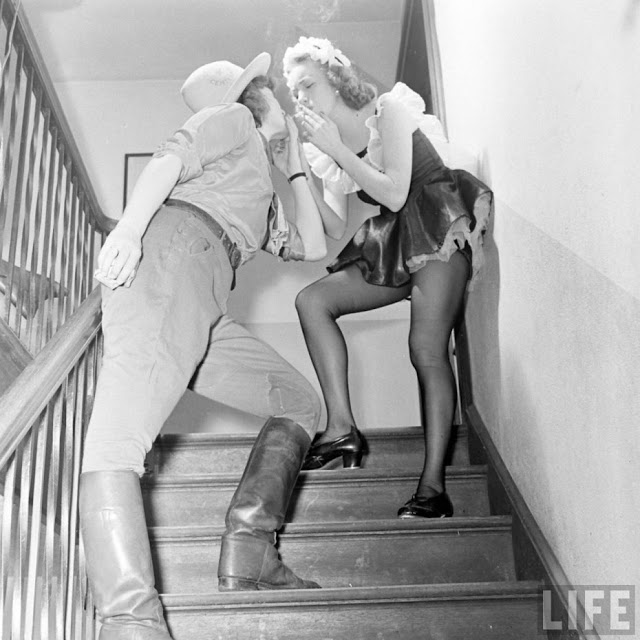 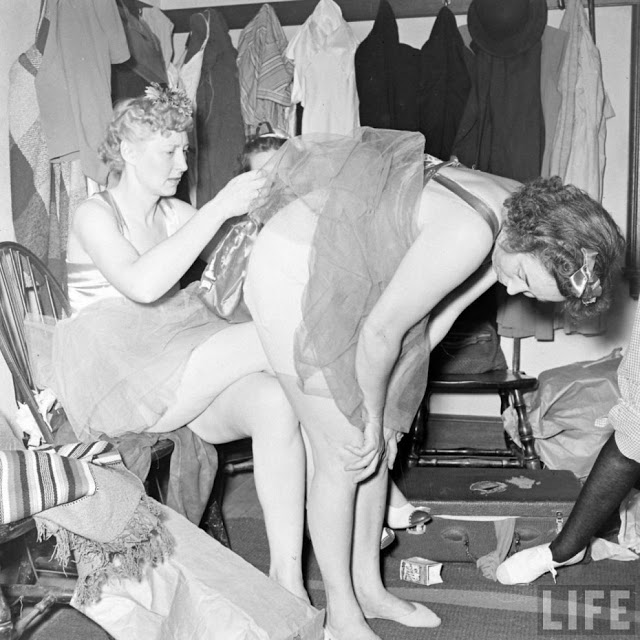 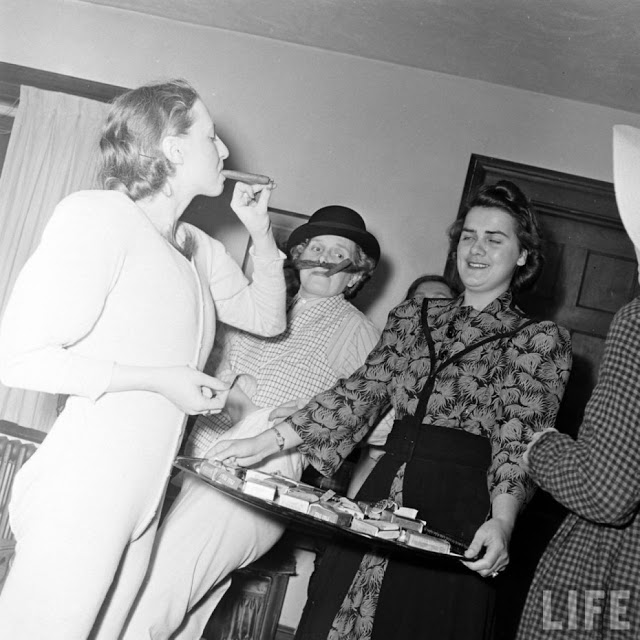 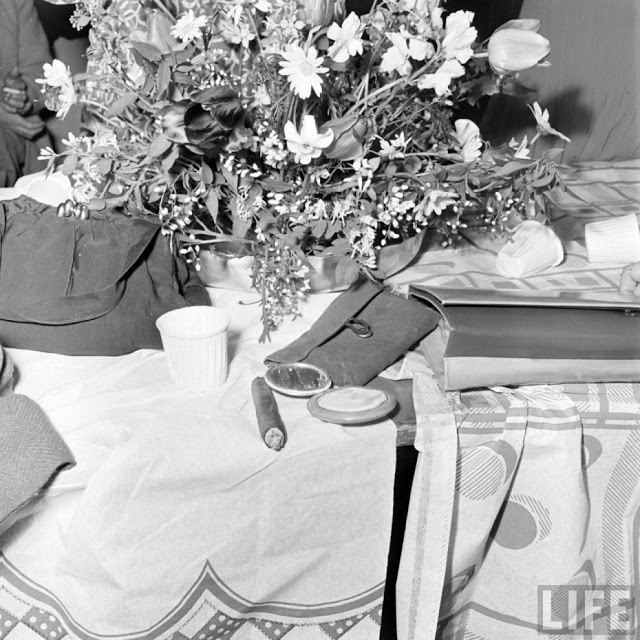 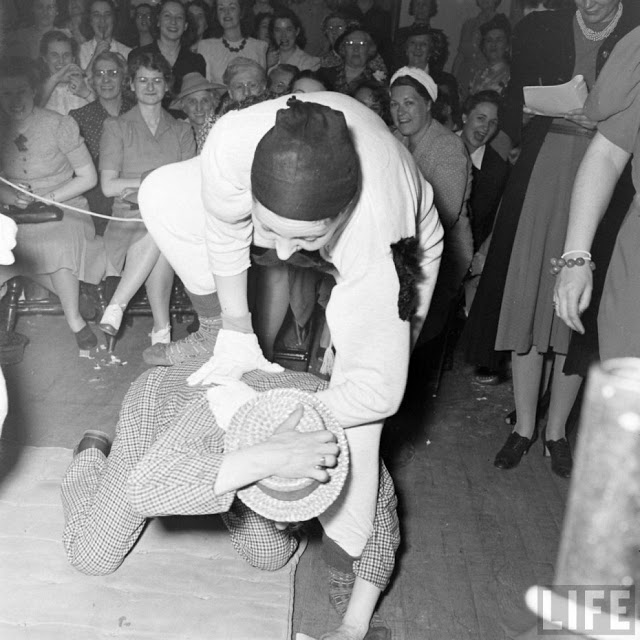 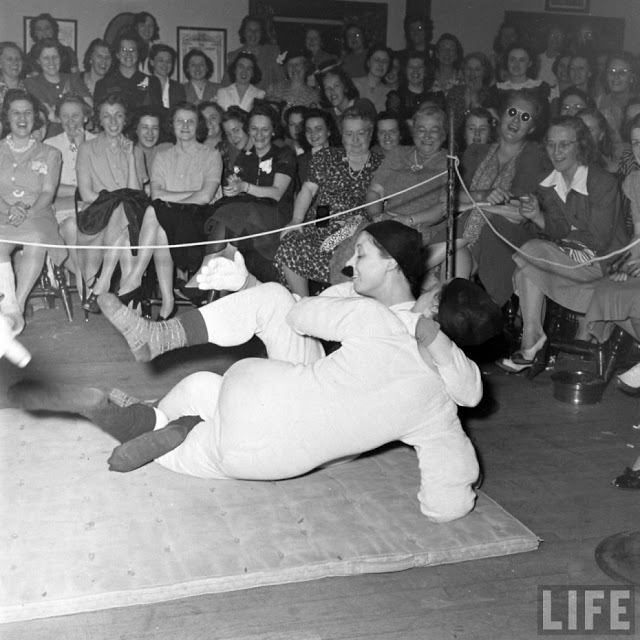 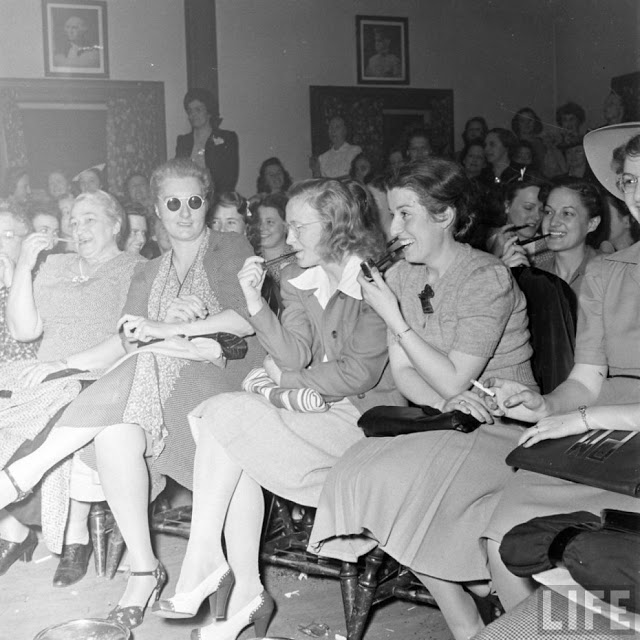 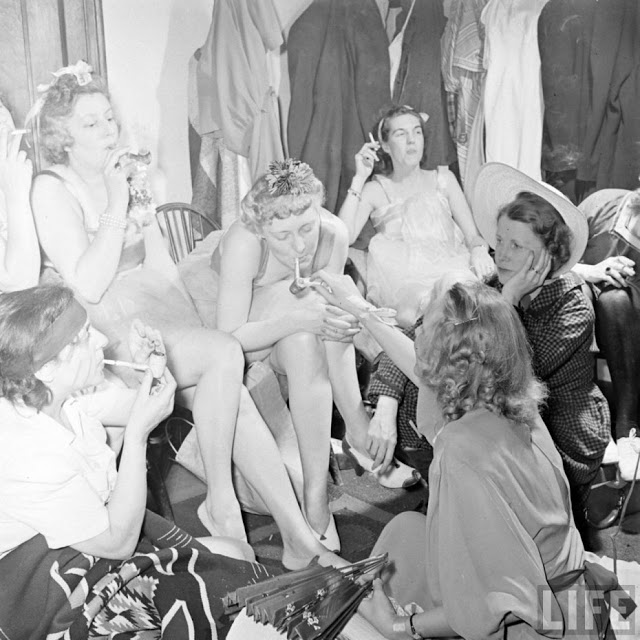 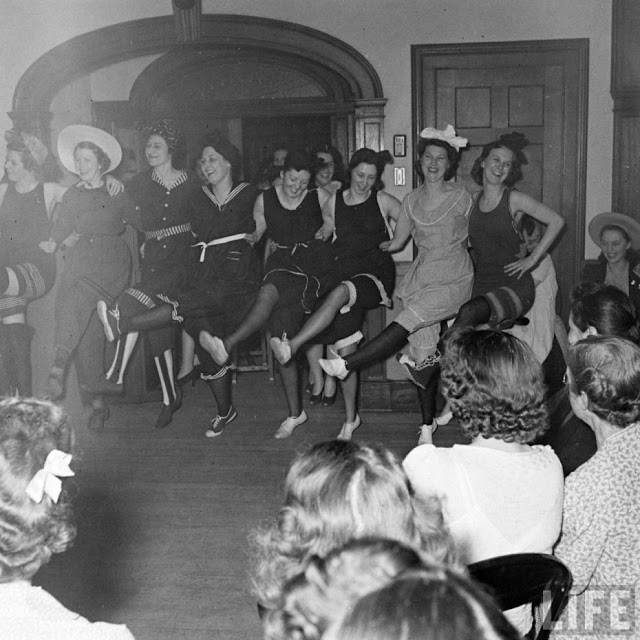 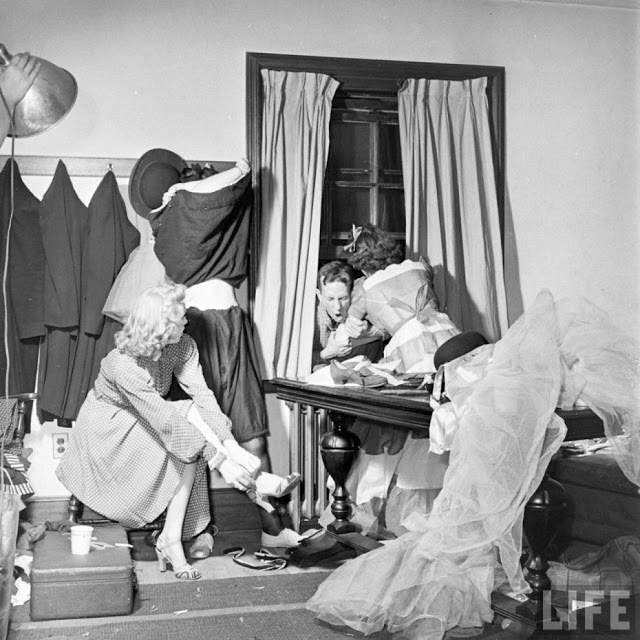 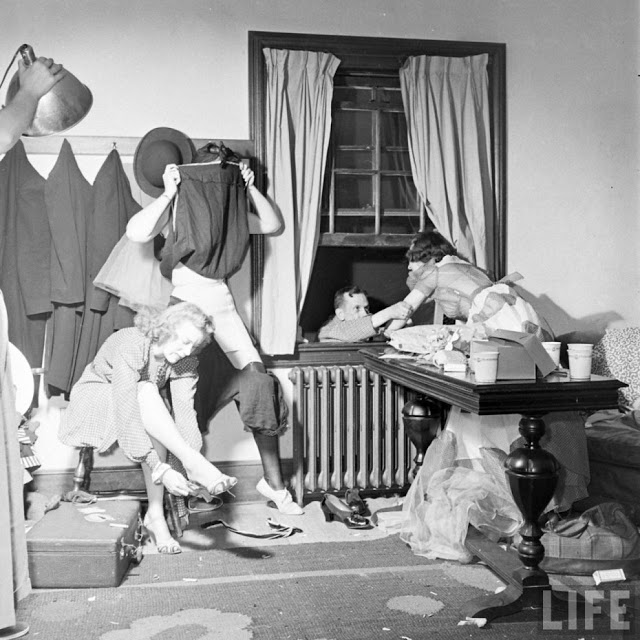 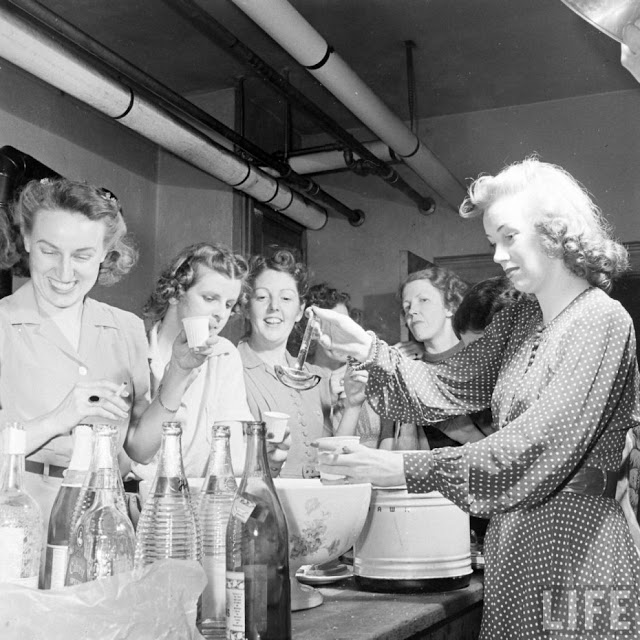 Posted by Yesterday Today at 9:30 AM