Cadillac tempered its outlandish fins for 1960, the year that marked the division’s last use of triple two-barrel carburetion as standard Eldorado issue. For the remaining six years of its production life the rear-drive Eldo would have the same engine specs as its less exotic linemates.

As mentioned, air suspension was also abandoned after 1960. So was the Eldorado hardtop. With lower sales than the Biarritz for the second year in a row and with two other hardtop coupes in the Cadillac line, the Seville had by now become superfluous. So too had the Brougham, and Cadillac rang down the curtain on its super-luxury flagship after building only 200 of the 1959-60 models.

1960 Cadillac Eldorado More exclusive -- and more expensive -- were the two-door Eldorados: Seville coupe and Biarritz convertible. They came with a 345-horsepower version of the 390-cid V-8 that guzzled gas through three two-barrel carburetors.

The Eldorados lost some of their exclusivity in 1959 because they no longer sported unique rear end designs and they switched from the “Sabre Spoke” wheels of ’58 to stamped steel wheels. Nonetheless, Eldorados sported deep-dish wheel covers (sharing them with the Sixty Special) and fender skirts were standard, as they were for all 1959-60 Cadillacs. Air suspension was another standard item (it disappeared after 1960 because of chronic leakage problems). Also included were cruise control, Autronic Eye headlight dimmer, radio and electric antenna, power door locks, fog lamps, and three rows of jewels in the rear. 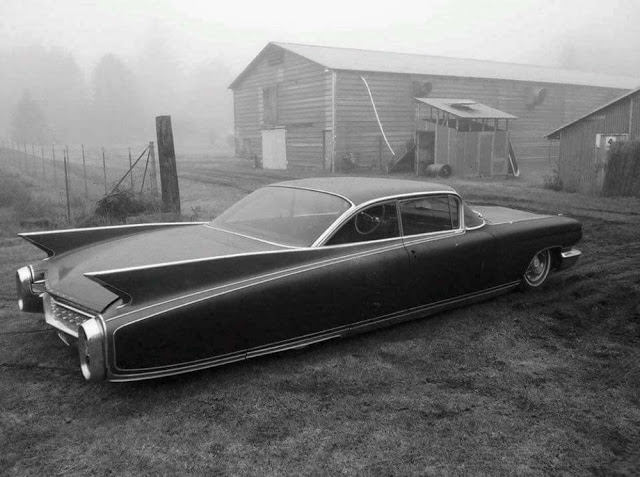 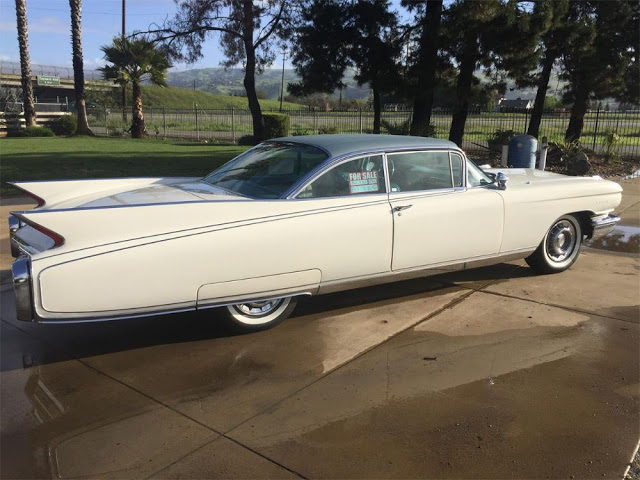 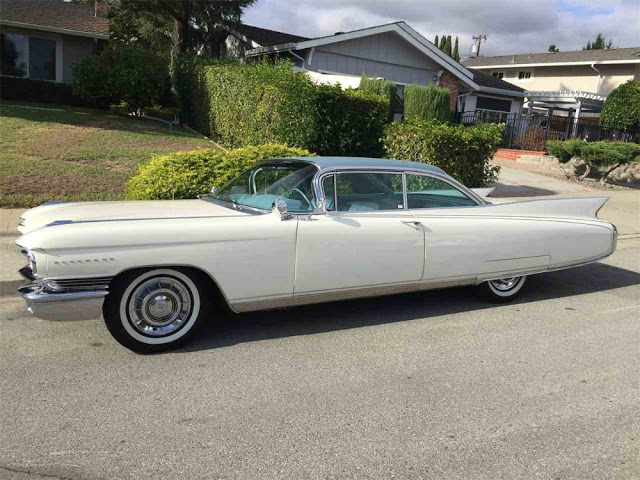 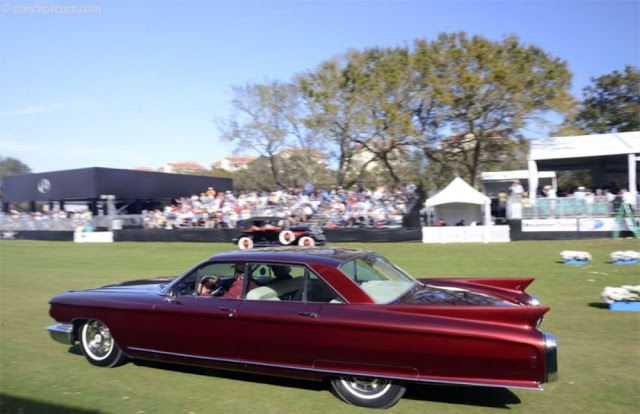 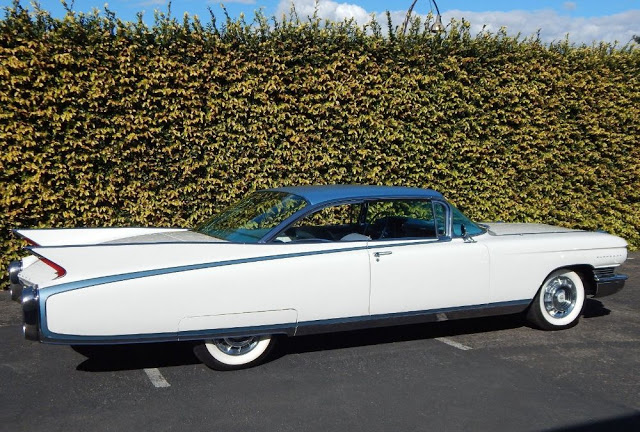 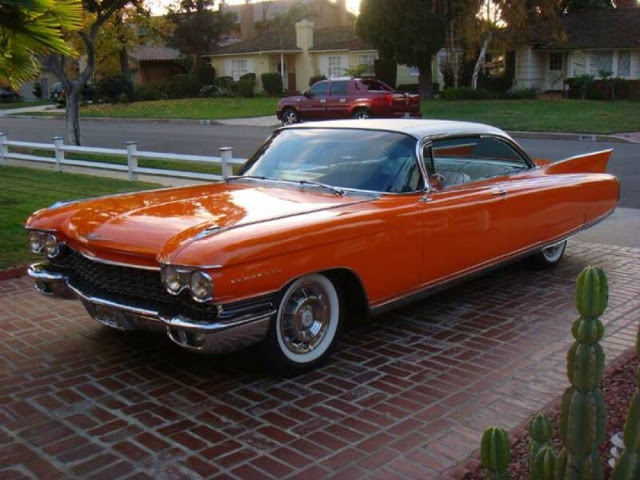 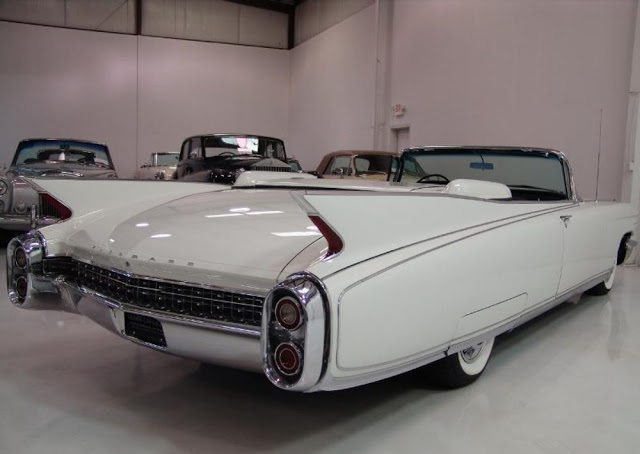 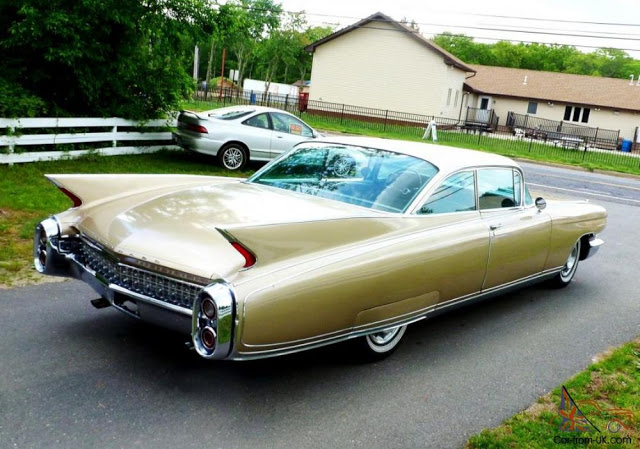 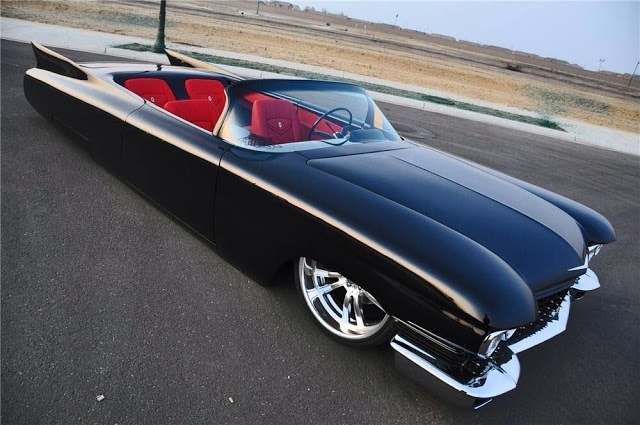 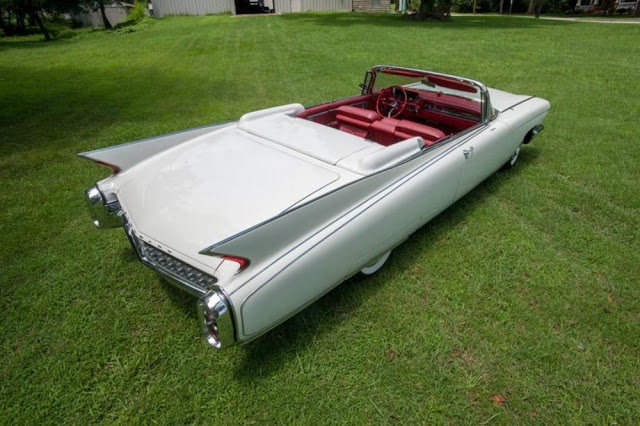 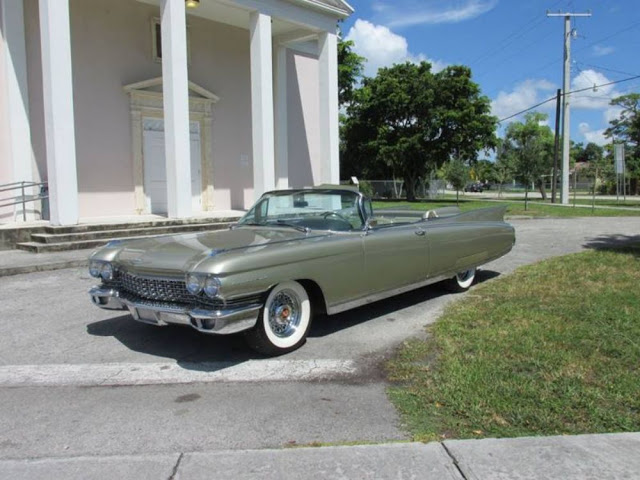 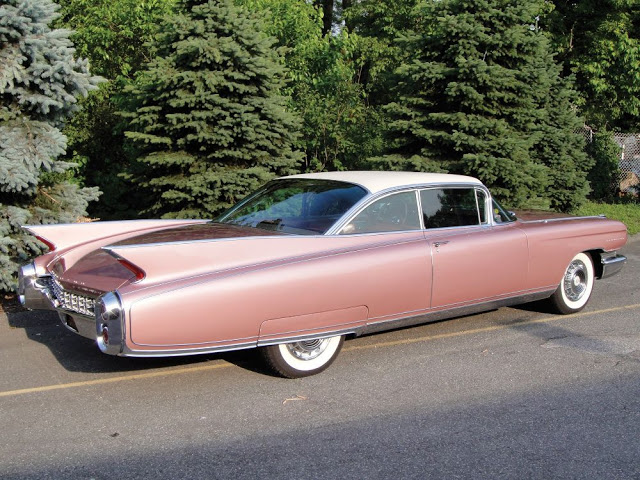 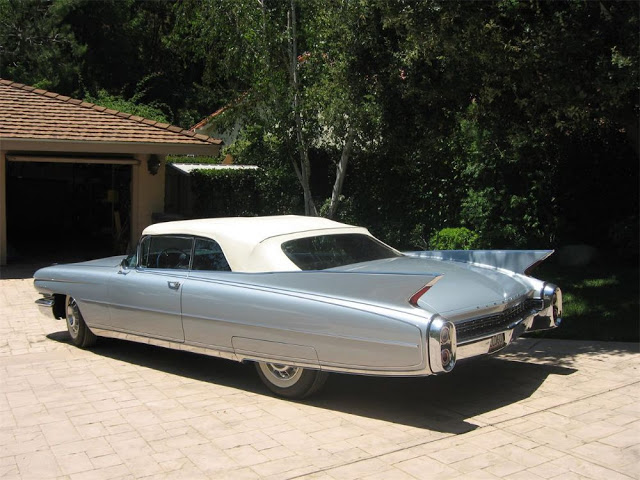 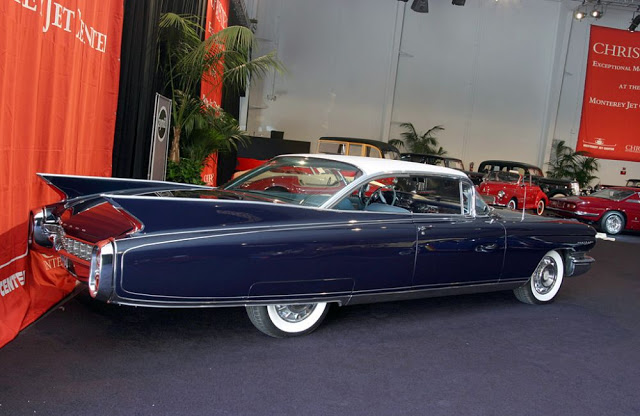 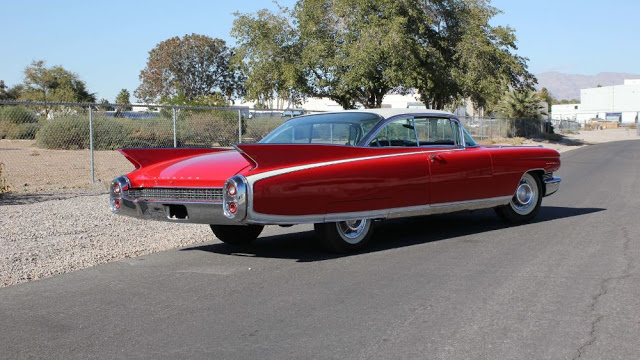 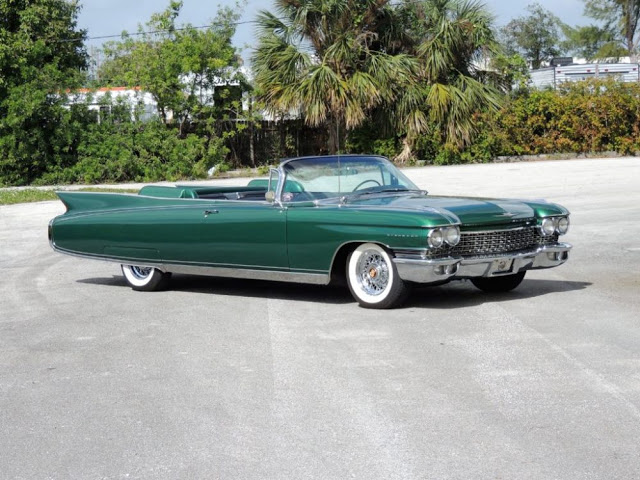 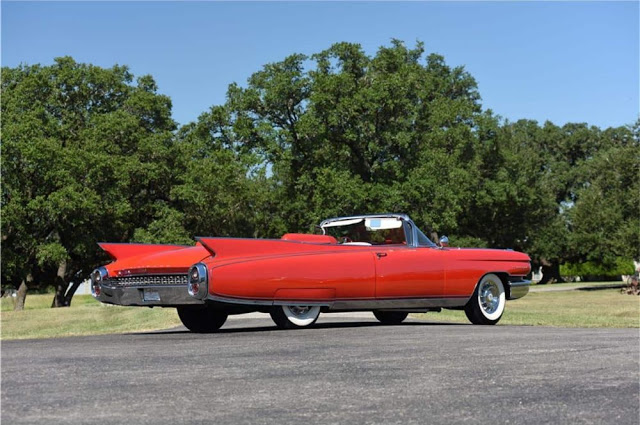 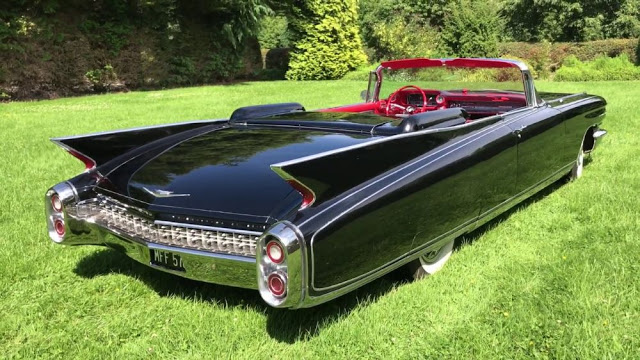 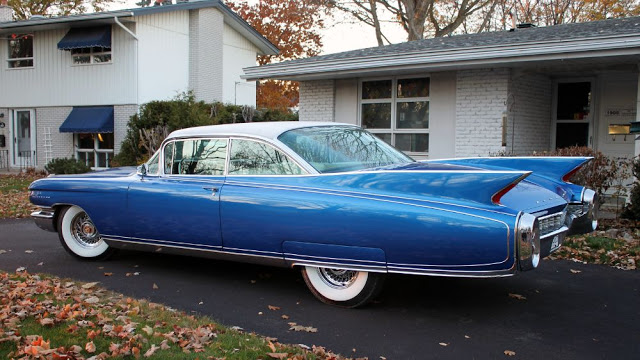 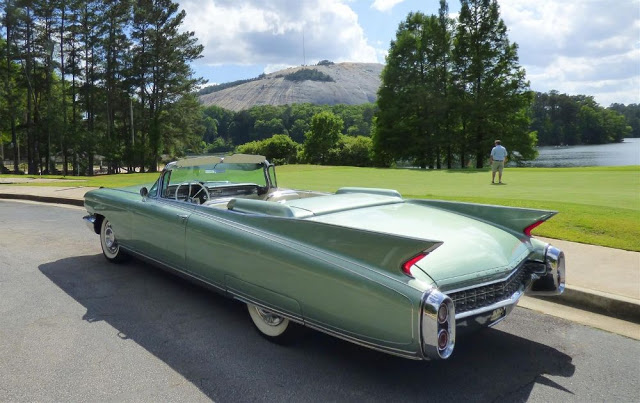 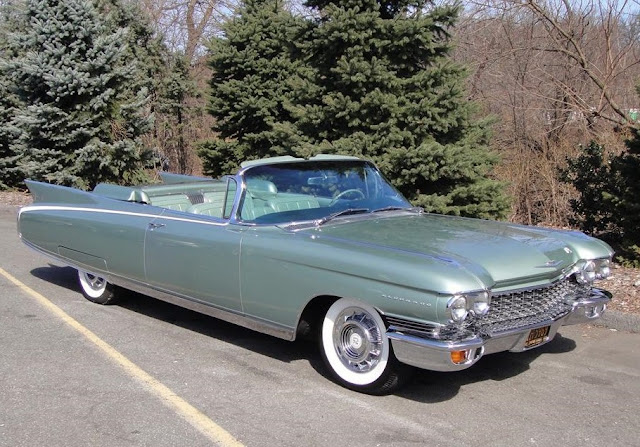 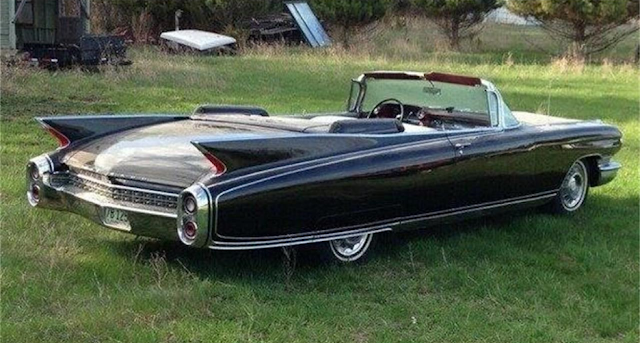 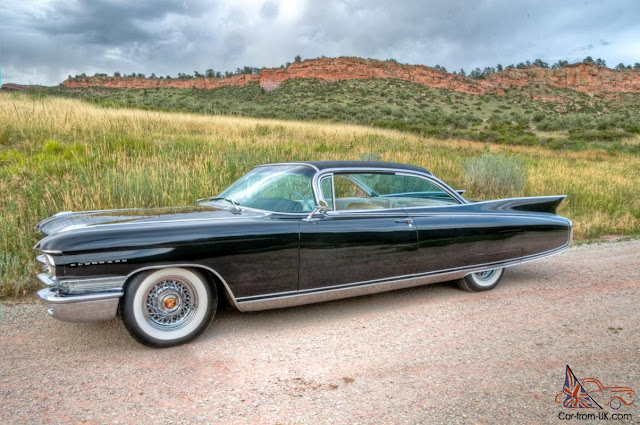 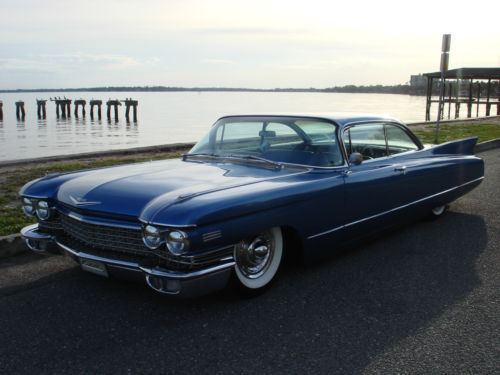 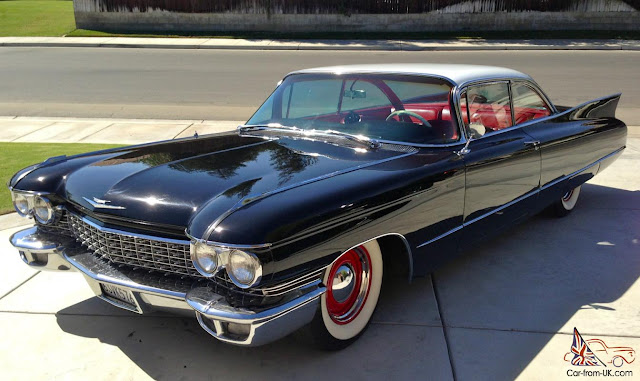 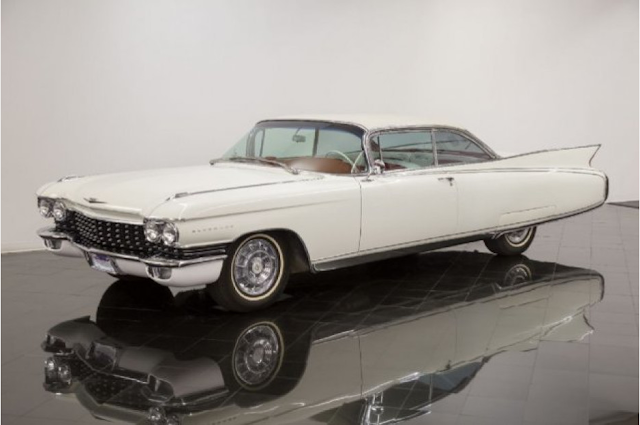 Posted by Yesterday Today at 11:11 AM