In 1940 as many as 8 out of 10 high school graduate teen boys went to war. The
teenage boys and college age young men who remained were part of a new fashion
movement that was entirely designed for teens by teens.

Boys adopted men’s clothing for their wardrobe but put on a more casual, relaxed,
spin on it. Their styles were not as extreme as the girls but none the less an
important shift in fashion history.

Here's a series of photographs of teenage boys taken by LIFE photographer Nina Leen
in Des Moines, Iowa in 1945. 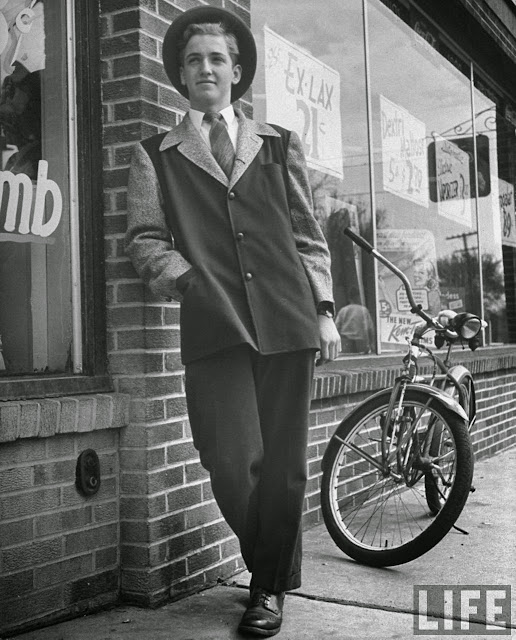 Teen-ager dressed up for a week night date. 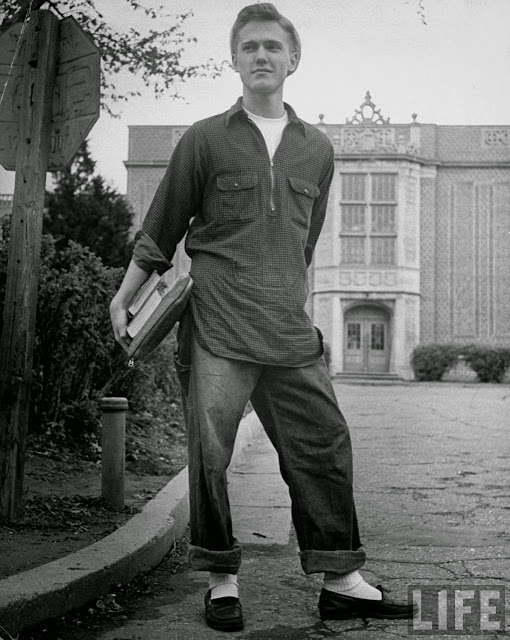 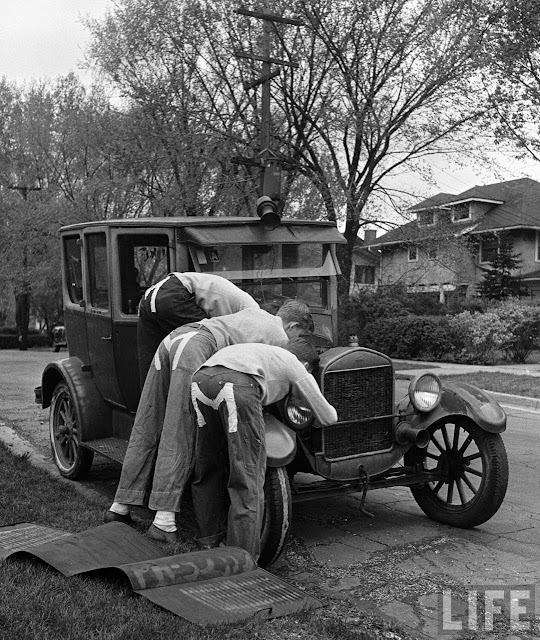 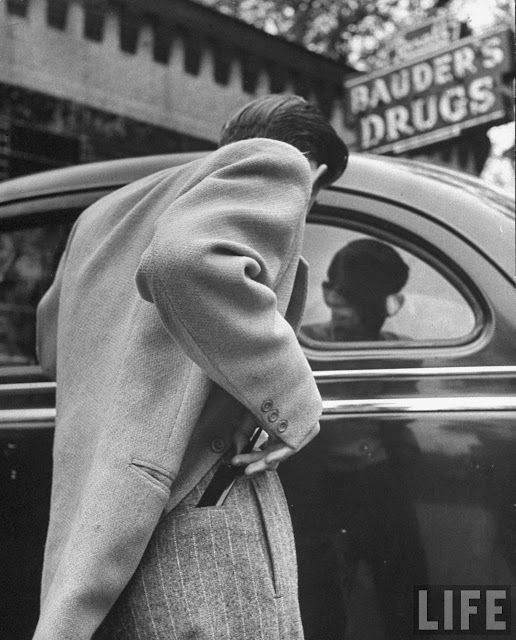 Teen-age boys always carry a comb in their back pocket. 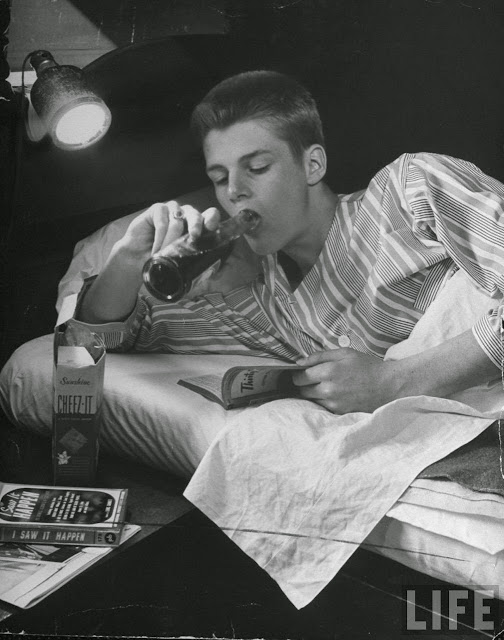 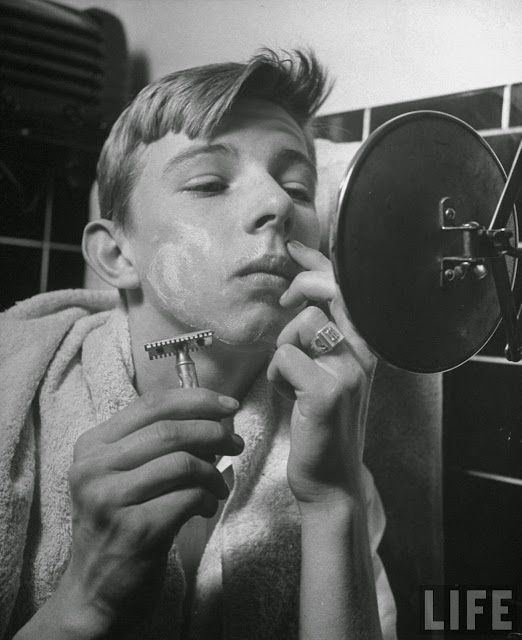 Teen-age boy examining results of his first shave, the necessity for which only
he could see, at home. 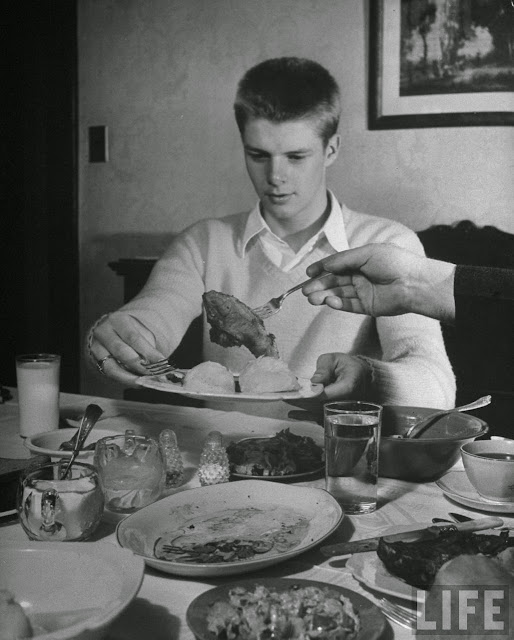 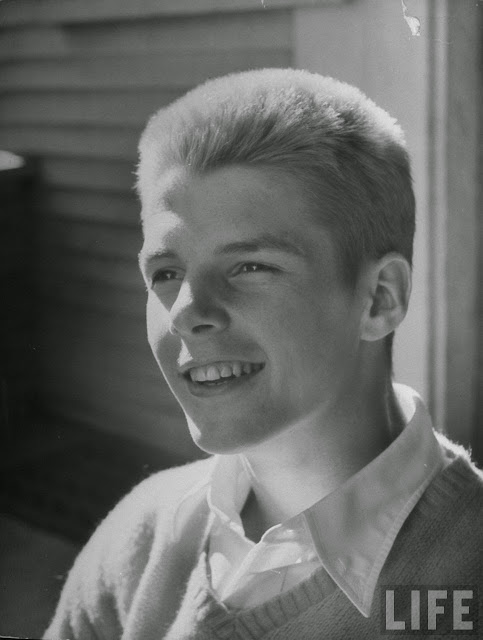 Portrait of a smiling teen-age boy. 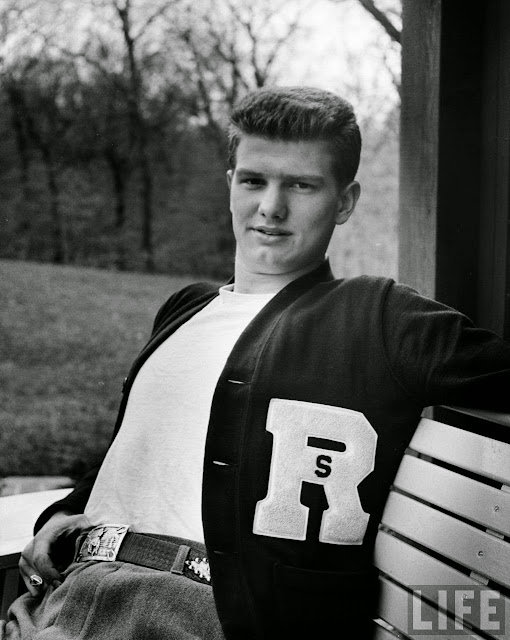 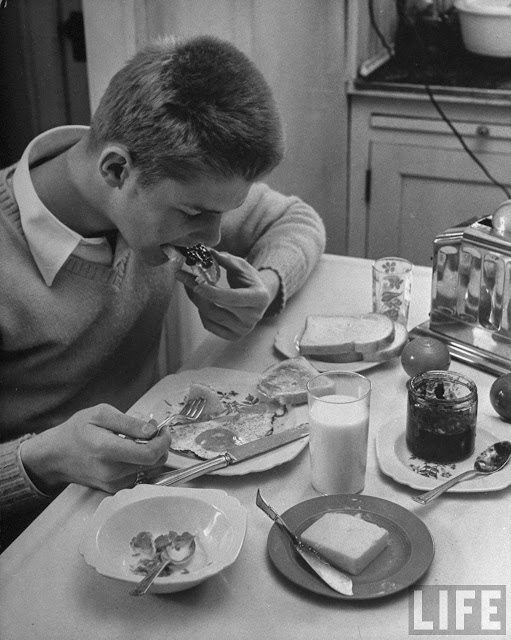 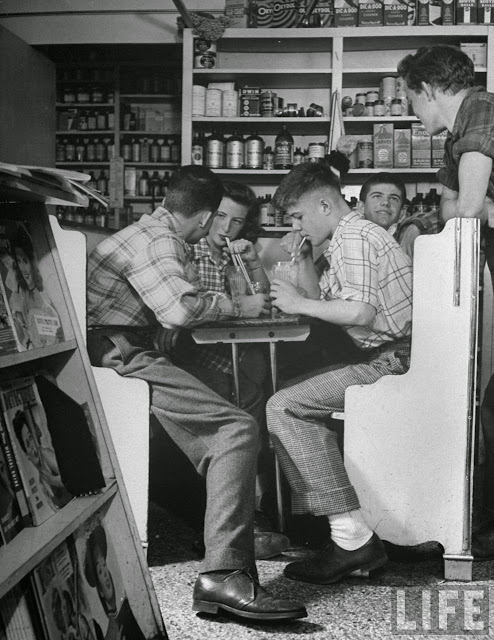 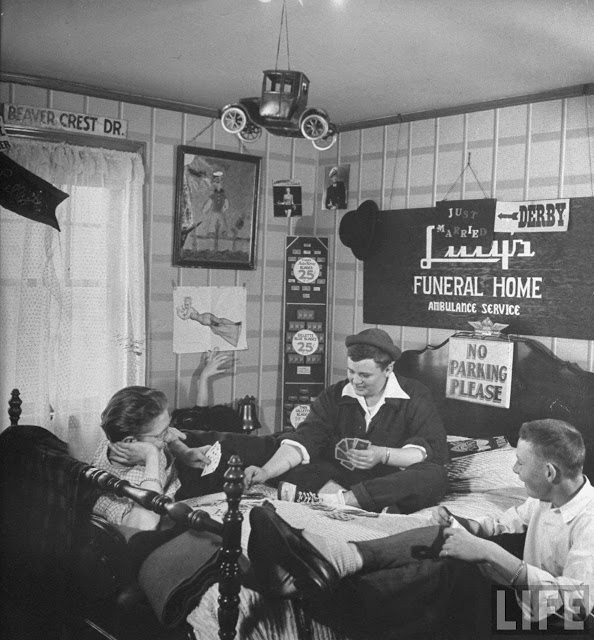 Boy's playing cards in bedroom, which is nothing new, they live in their
rooms. 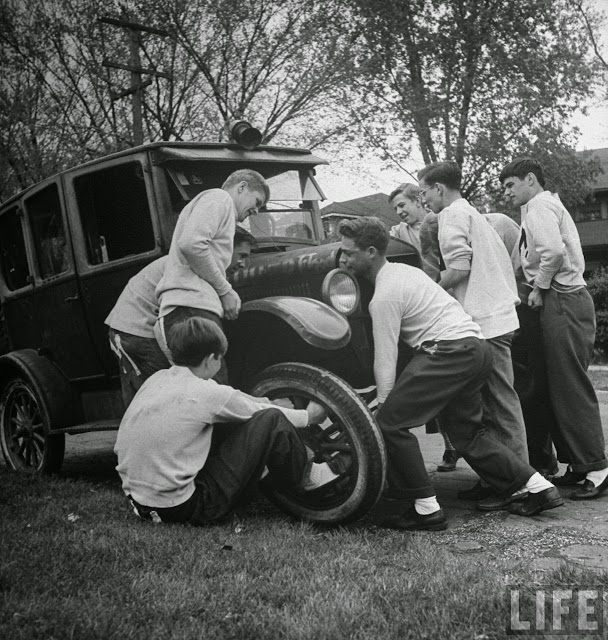 Teenaged boys, rather than using a jack, simply lift the car so that the one
pulling on tire can change it. 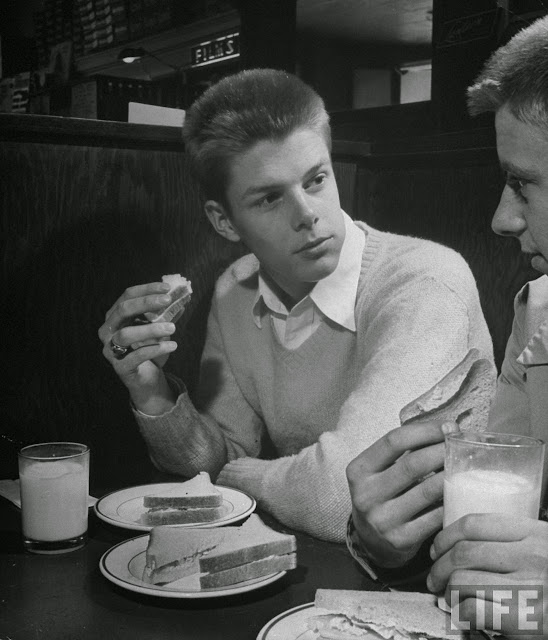 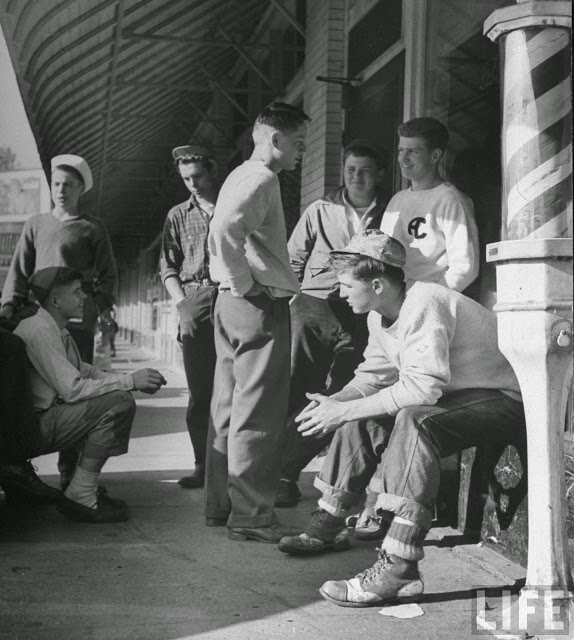 Teen-age boys spend most of their time loafing around. 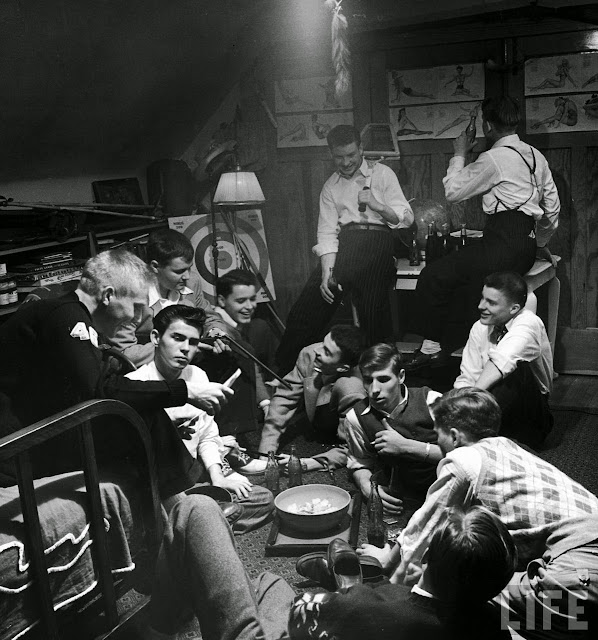 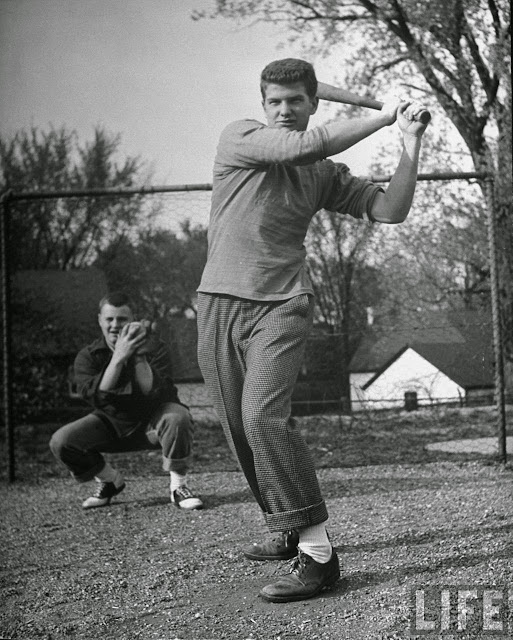 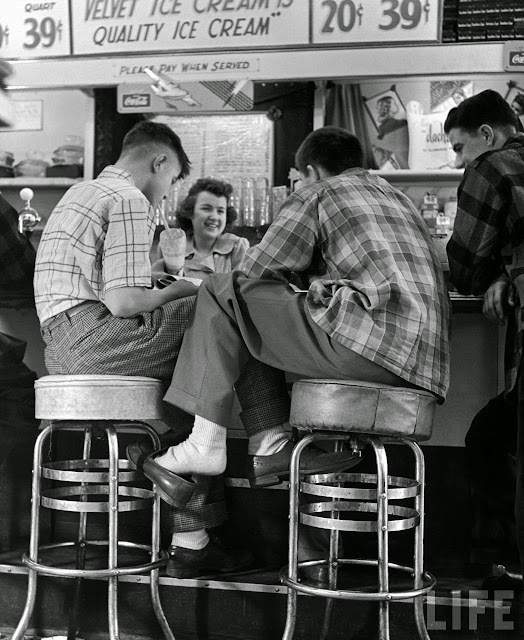 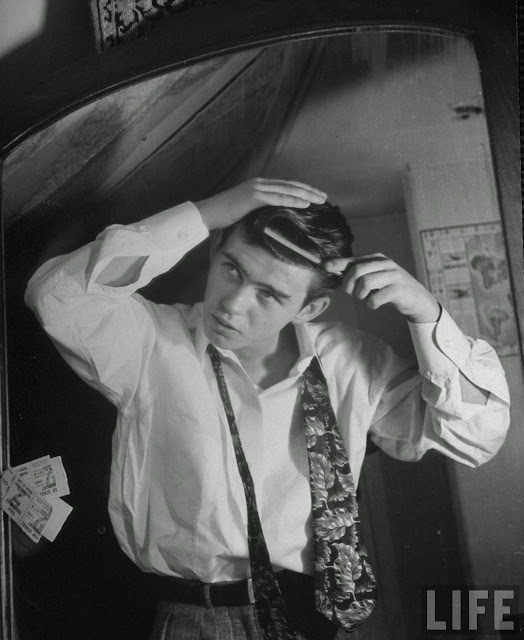 Boy combing his hair and puts in front wave, boys really like wavey hair but
not curly hair. 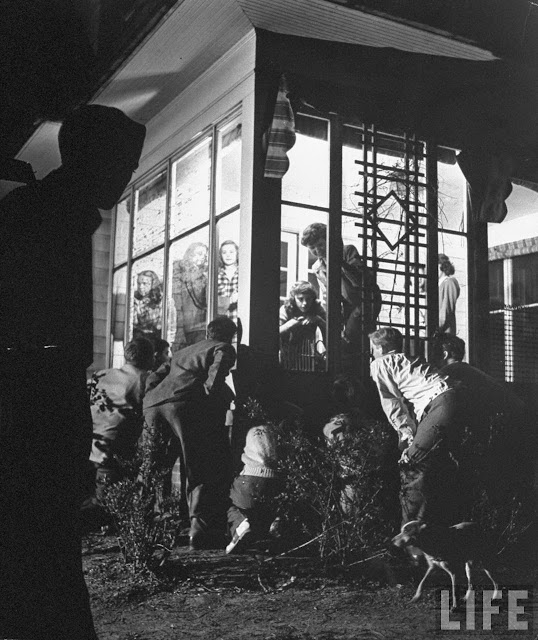 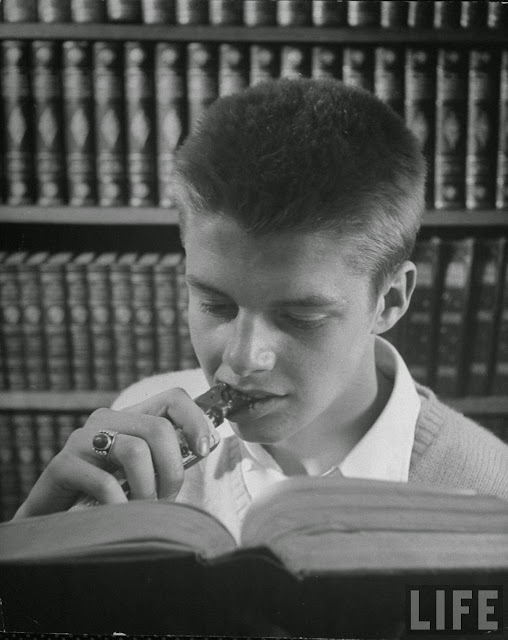 Boy eating candy bar in school and getting away with it is quite a trick,
usually done under cover of school book. 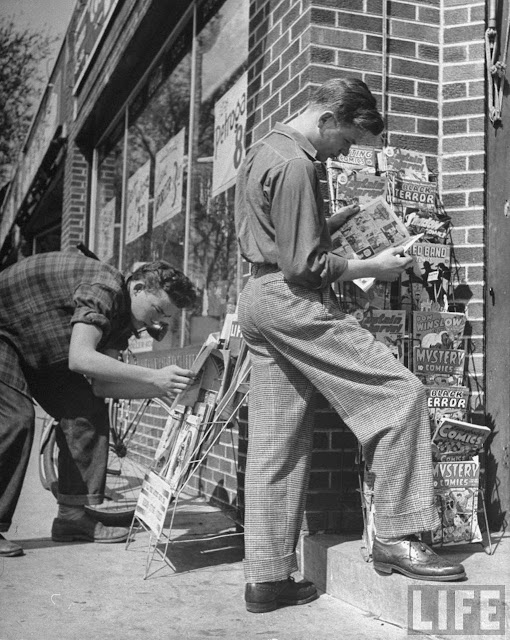 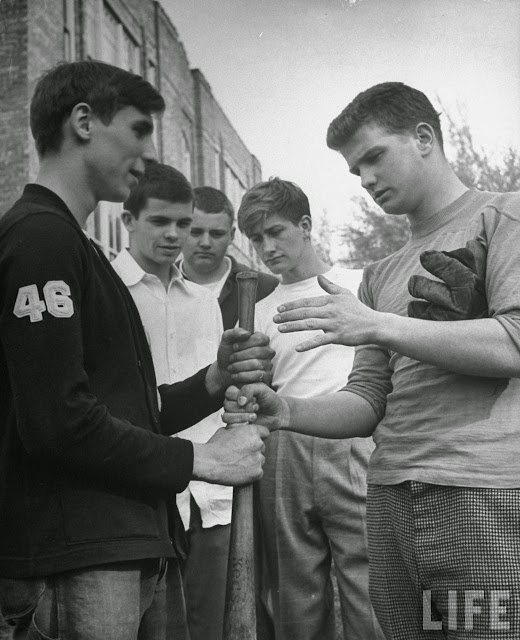 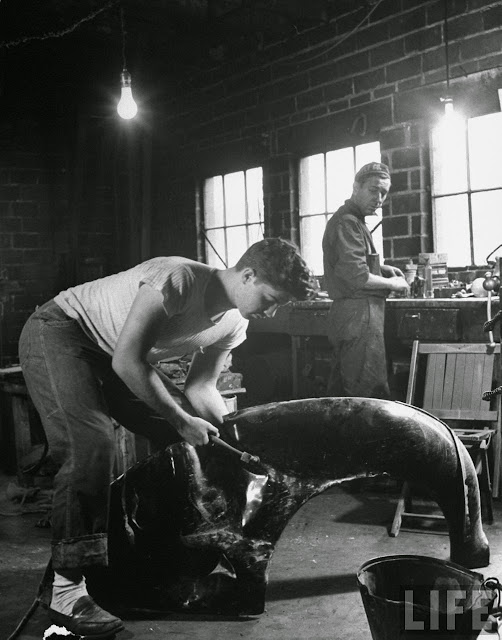 Teen-age boy in garage with father fixing a smashed fender. 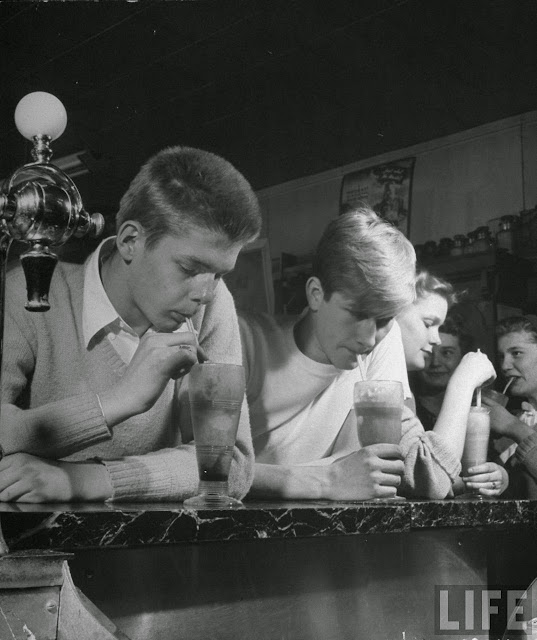 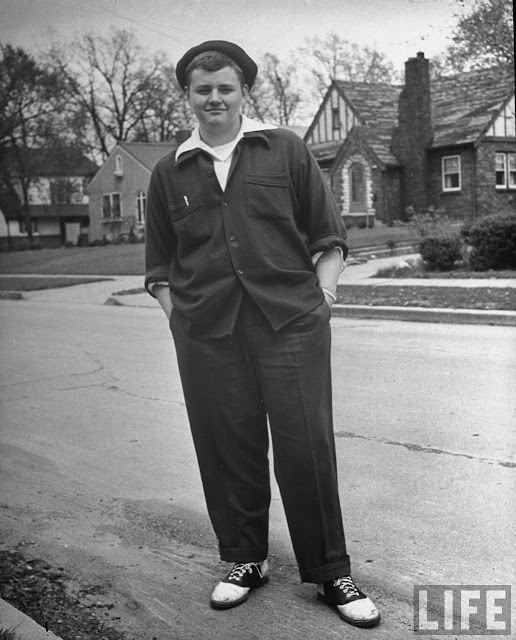 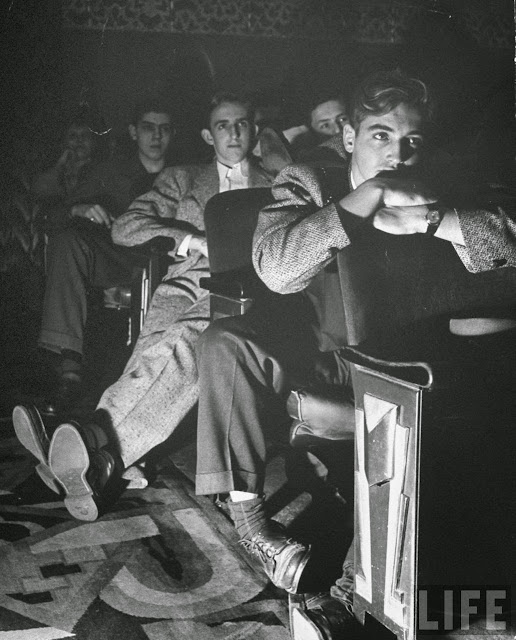 The local movie theater, boys have a very difficult time finding a place to
put their long legs.