There were vending machines for every conceivable foodstuff and everyday essential from between the 1930s and 1960s. 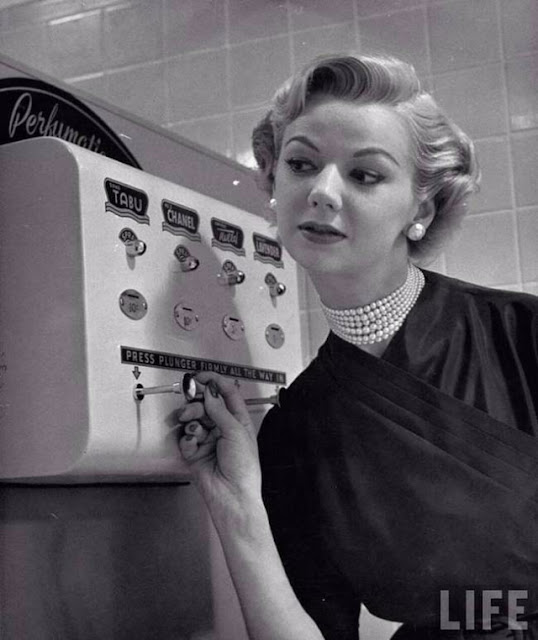 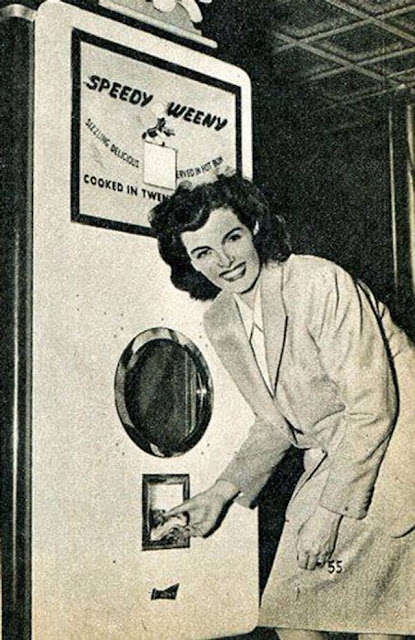 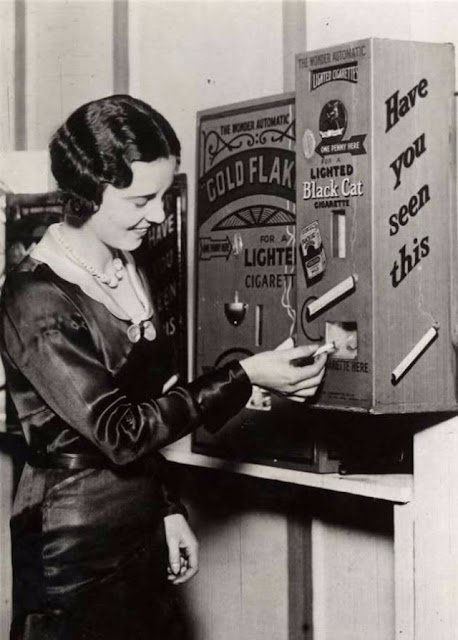 This machine actually sold already lit cigarettes for a penny. 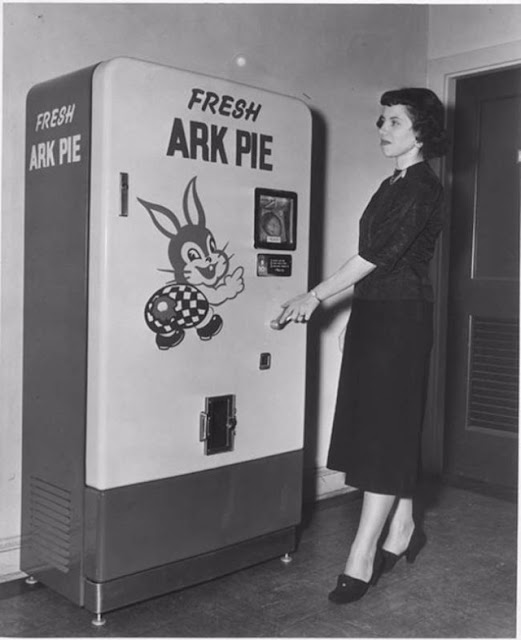 Not too certain what Ark Pie is, but I want some. 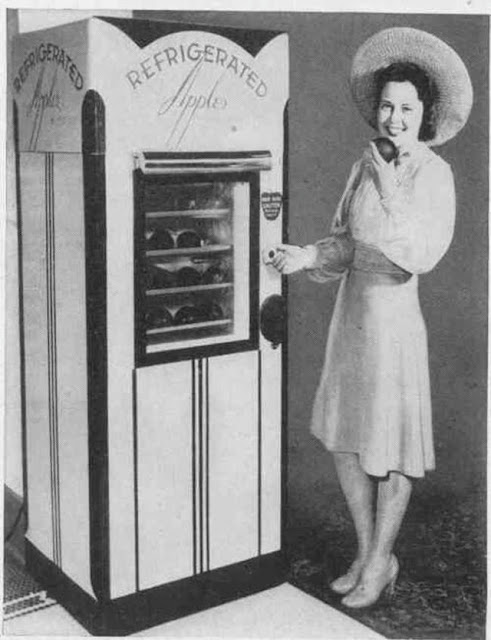 Why pick apples when you can get them from a vending machine? 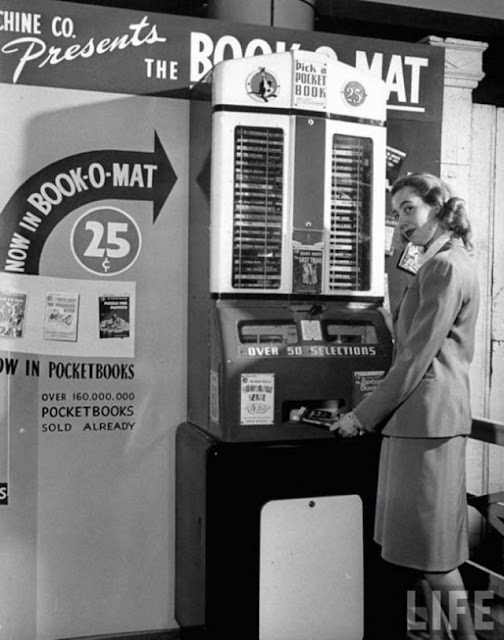 Just 25 cents a book, such a bargain. 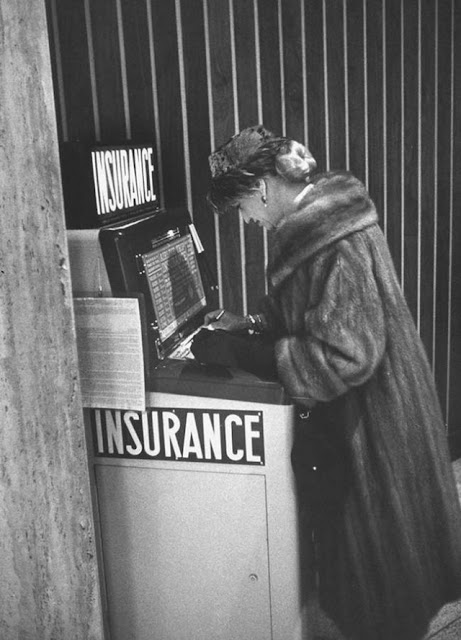 Buying flight insurance used to be so much easier. Here’s a machine selling air insurance at Newark Airport. 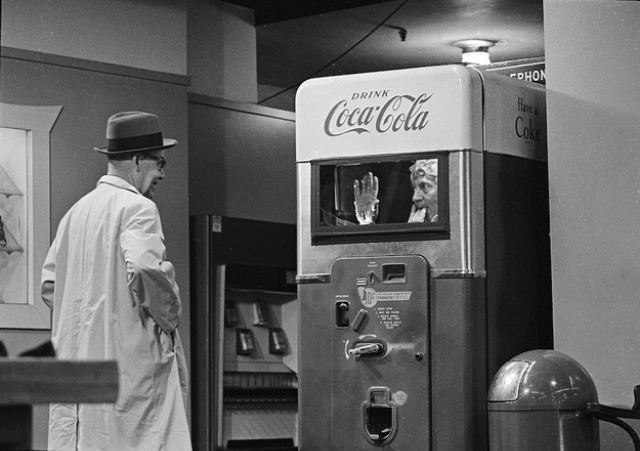 That’s actually Harpo Marx surprising someone on Candid Camera from inside a Coca-Cola vending machine. 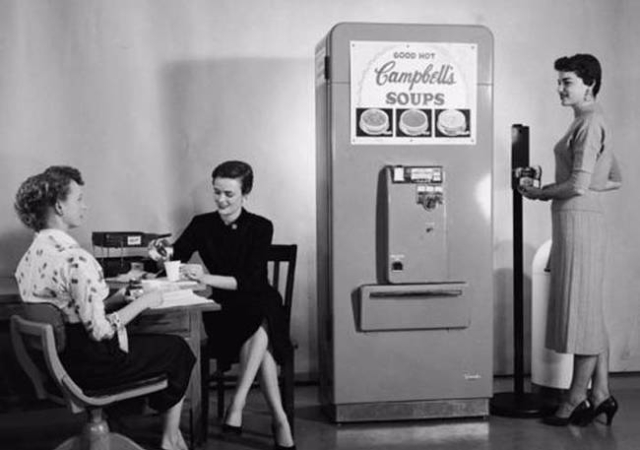 Why bring lunch when you can have vending machine soup!? 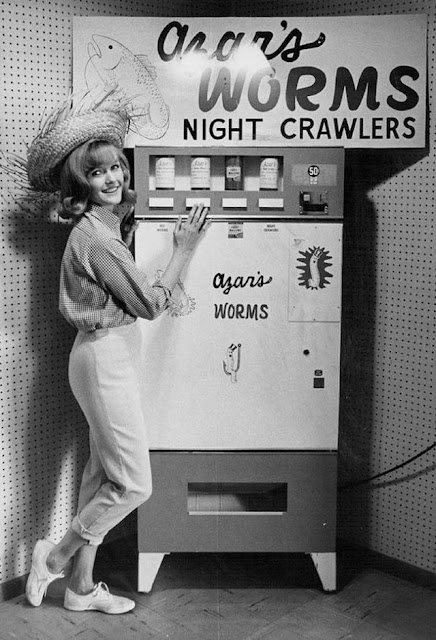 For the fishermen on the go. 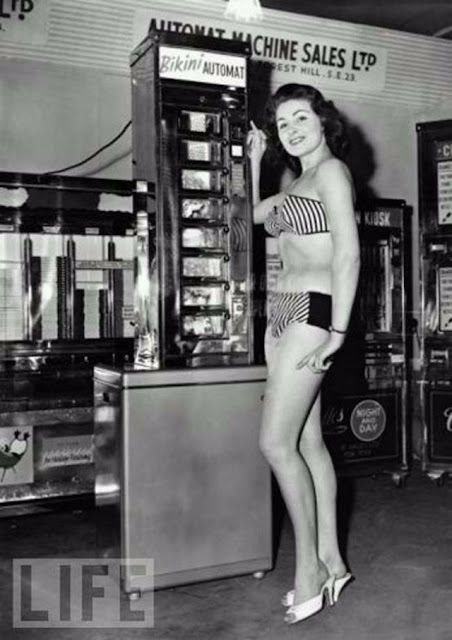 Forget your bikini? That's what this vending machine is for. 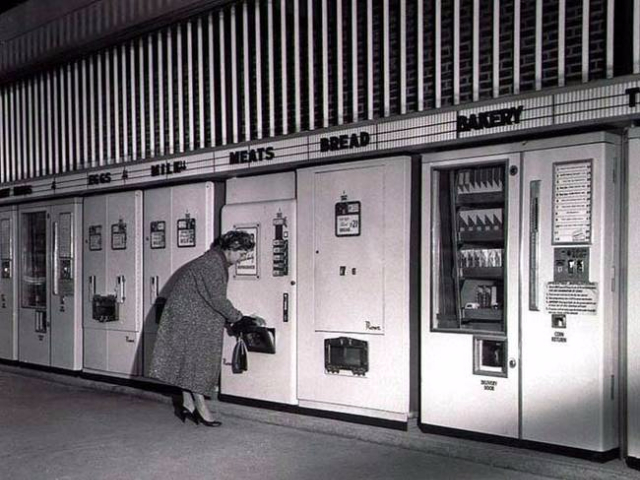 Get all your grocery shopping done without having to talk to a single soul. 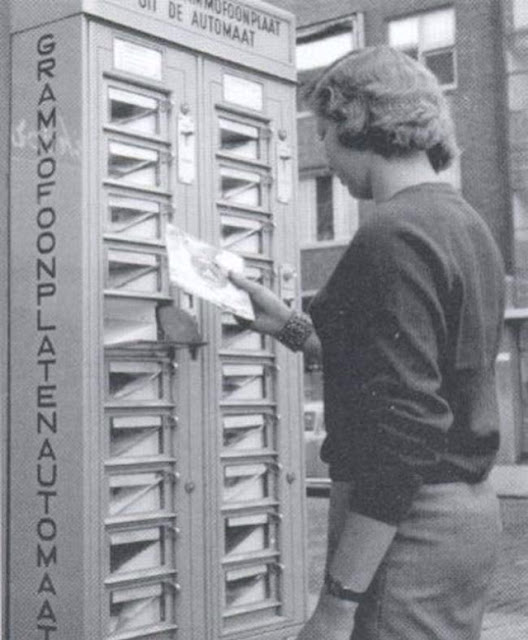 Enjoy your music with this 45 rpm record vending machine. 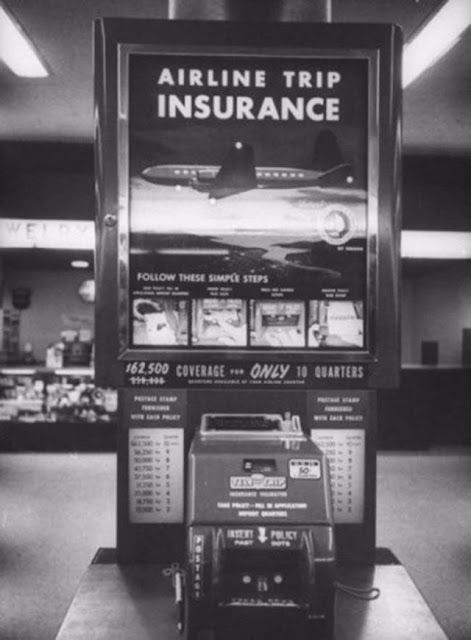 Only 10 quarters for flight insurance? That seems like a bargain. 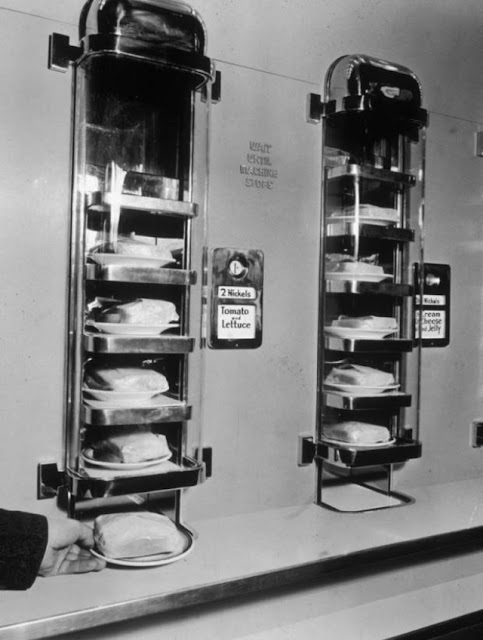 Cream cheese and jelly sandwich anyone? Two sandwich vending machines from circa 1945. 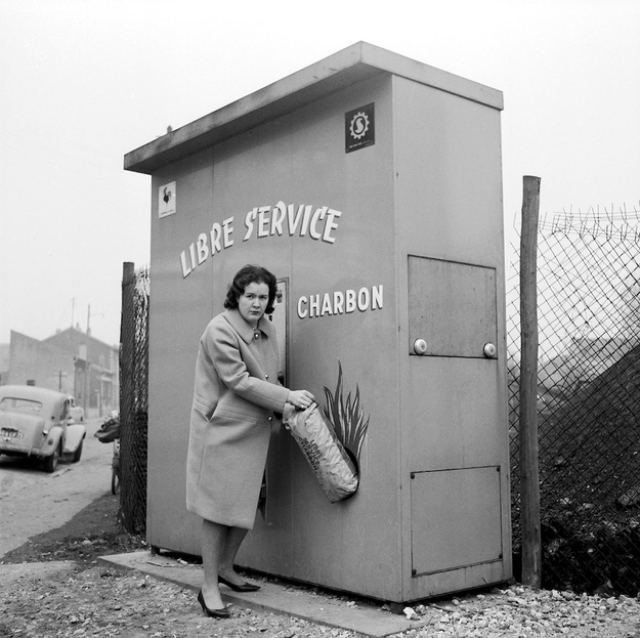 Not the most exciting vending machine — dispensing lumps of coal in France — but still useful once upon a time. 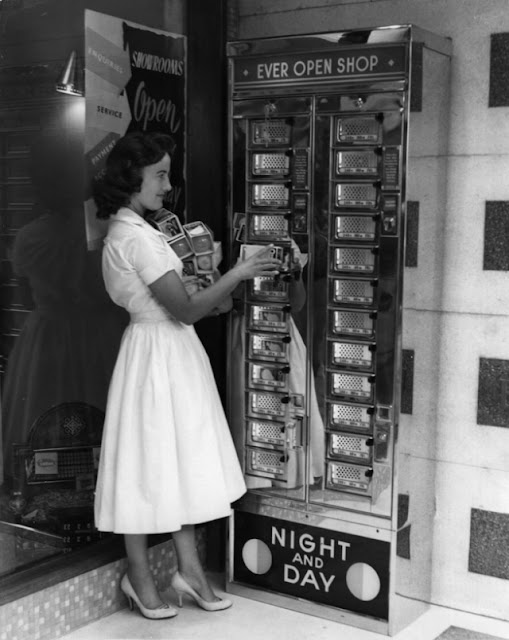 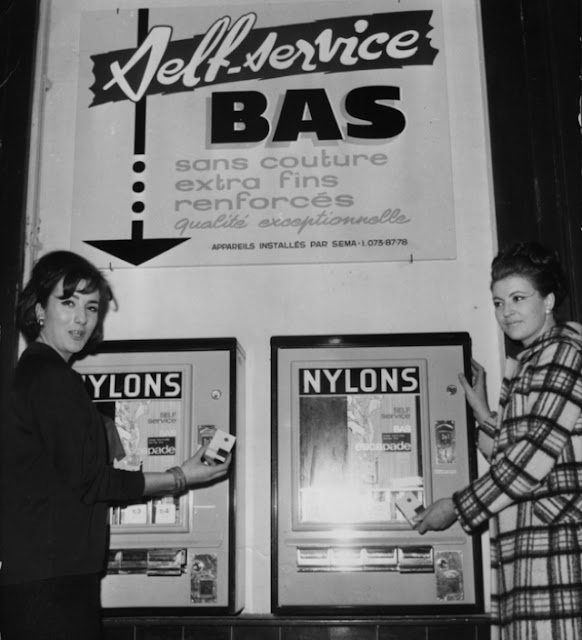 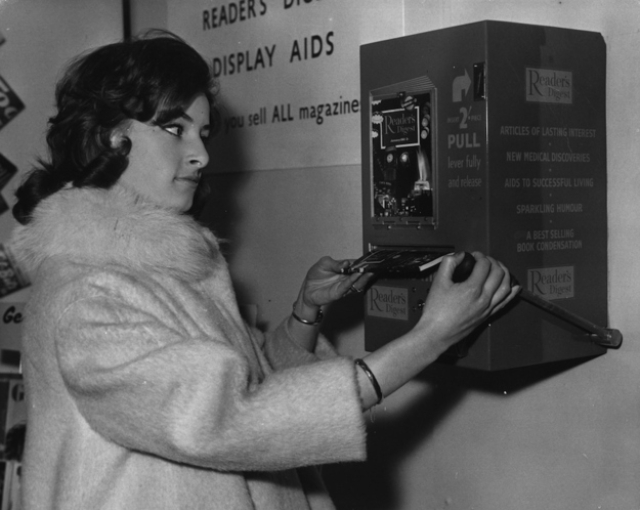 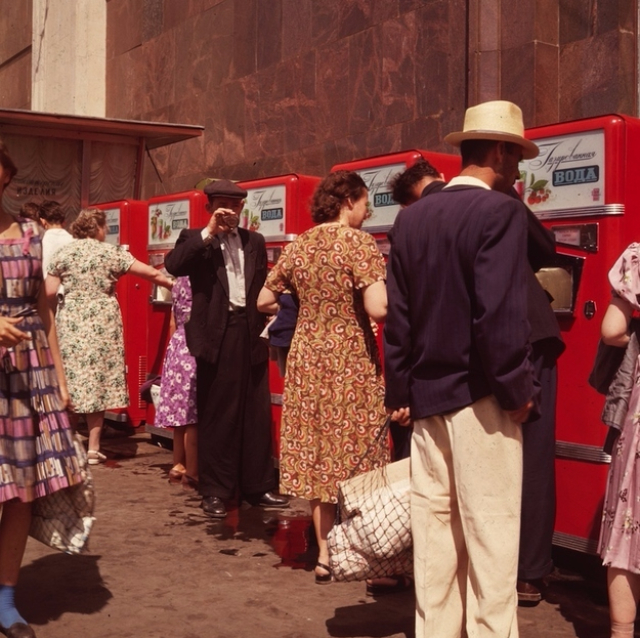 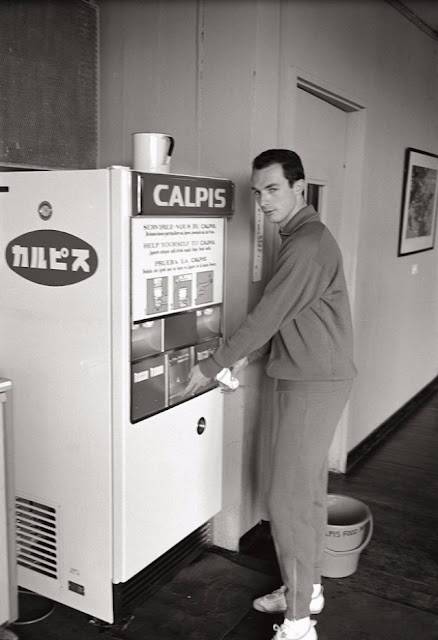 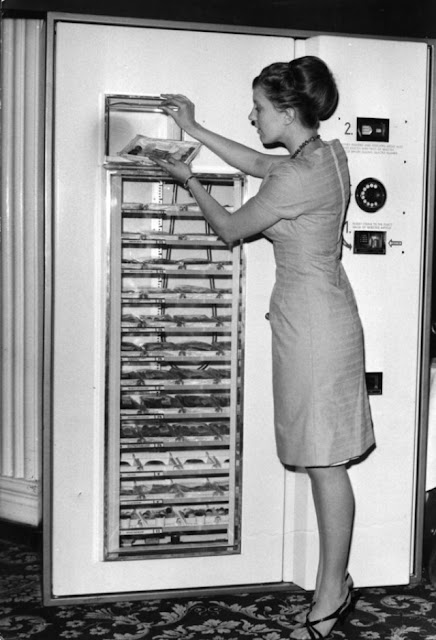 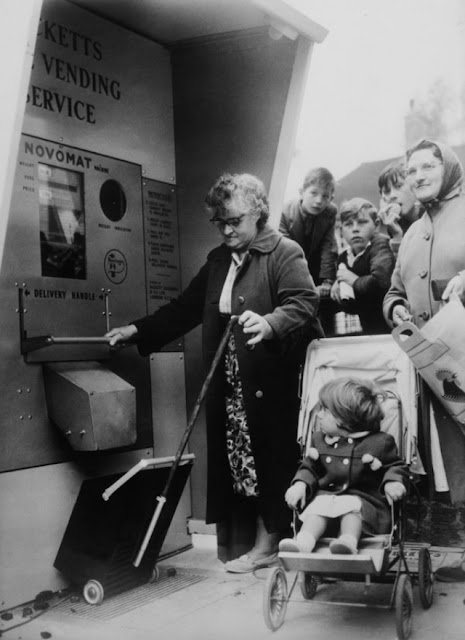 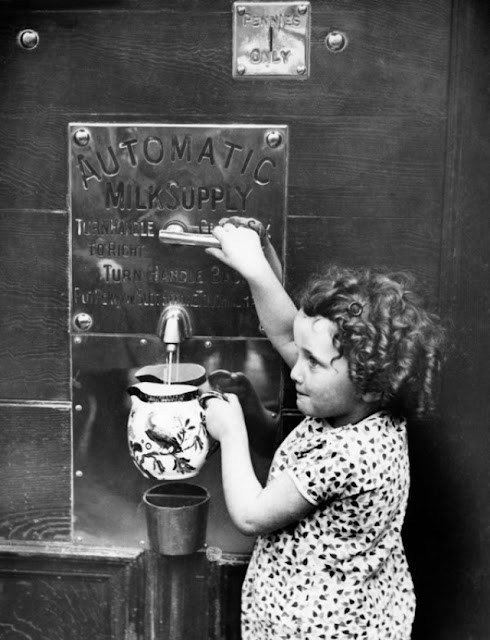 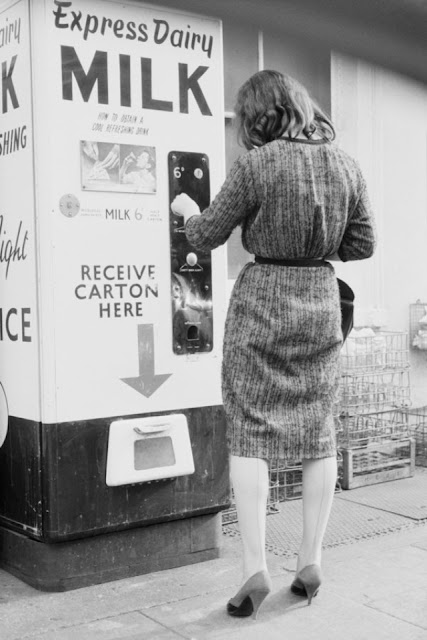 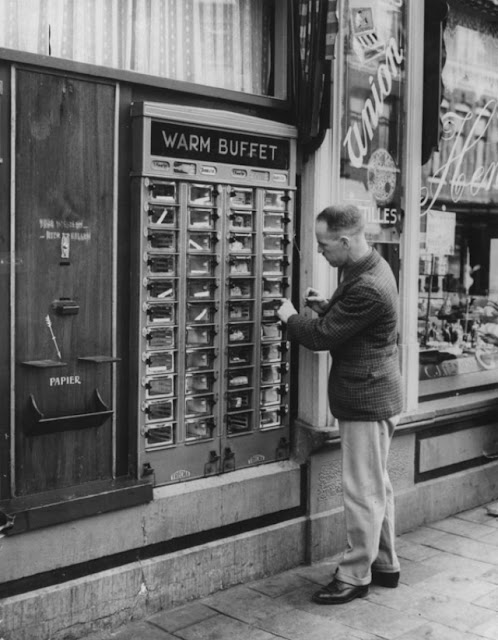 Warm lunch vending machine at Zandvoort in the Netherlands. 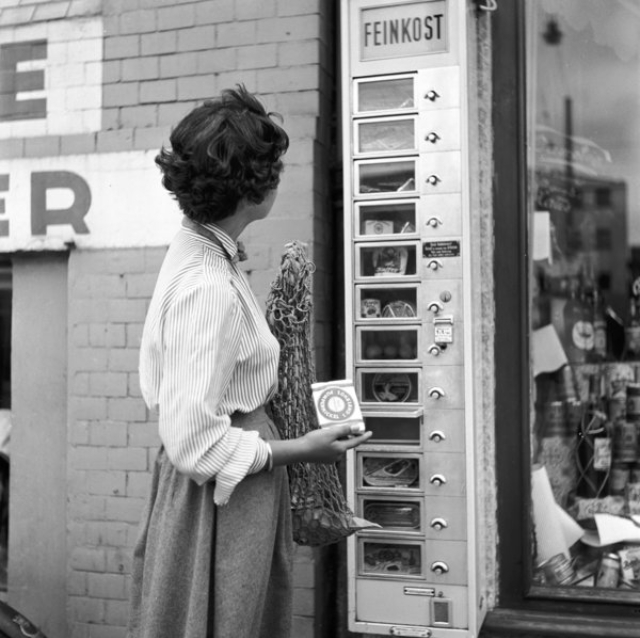 A German “Feinkost” vending machine mounted on a shop’s wall, circa 1955. 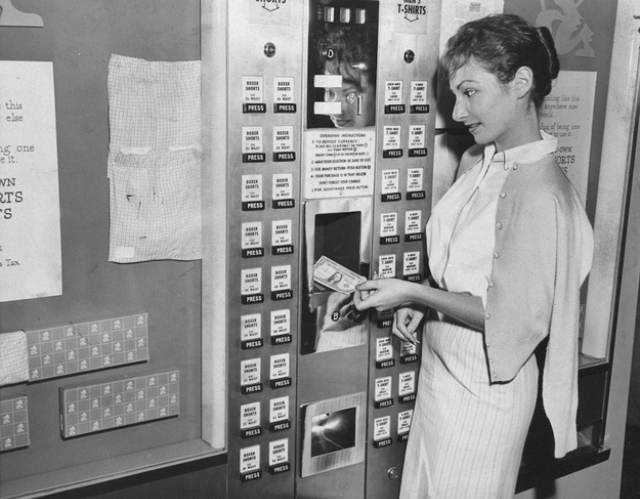 A Macy’s vending machine that sold men’s shorts for only 97 cents! 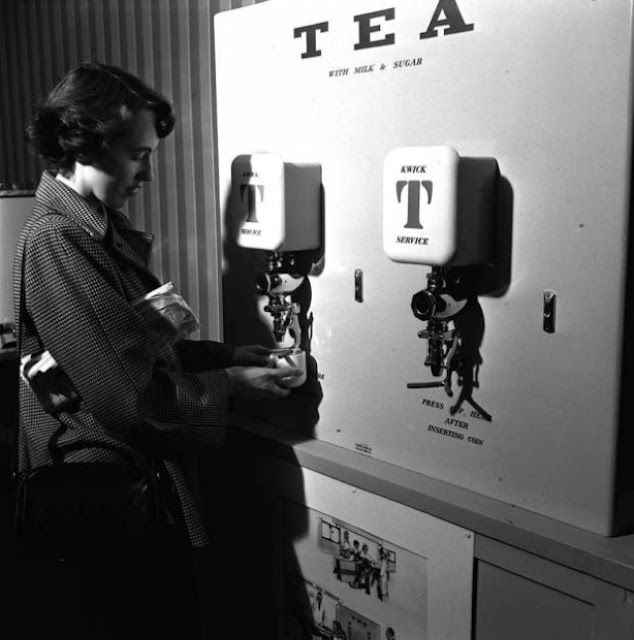 You can have your tea however you like it. As long as you like it with milk and sugar. 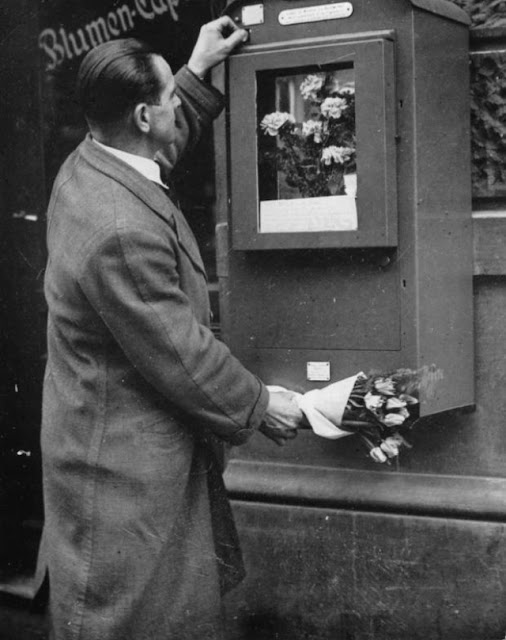 A vending machine for bouquets of flowers in Berlin.

Posted by Yesterday Today at 9:56 AM