New Year's Eve celebrations are as old as the holiday itself, and it's hard to believe that we're so deep into the 21st century already.

In the Gregorian calendar, New Year’s Eve in many countries, the last day of the year, is on December 31. In many countries, New Year’s Eve is celebrated at evening social gatherings, where many people dance, eat, drink alcoholic beverages, and watch or light fireworks to mark the new year. Some people attend a watch night service. The celebrations generally go on past midnight into January 1 (New Year’s Day).

Here, we collected some fun and interesting images from New Year's Eve celebrations past. See how the famous, as well as the rest of us, have celebrated the day in decades past.

Scroll down, and take a look at yesteryear. Wishing you all a very happy New Year! 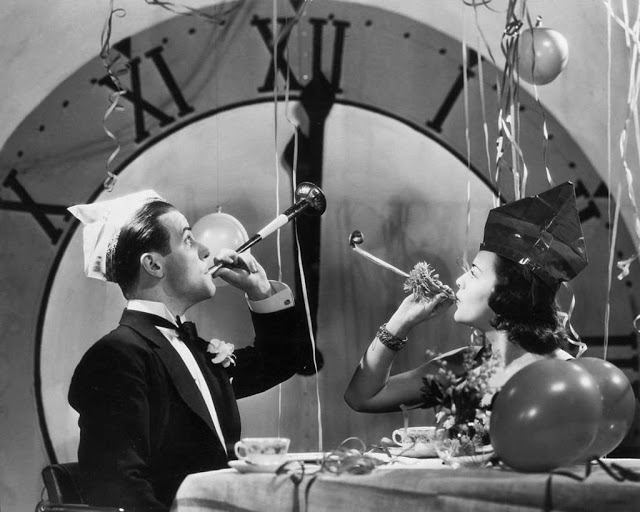 A couple ring in the New Year with party blowers and streamers, 1930. 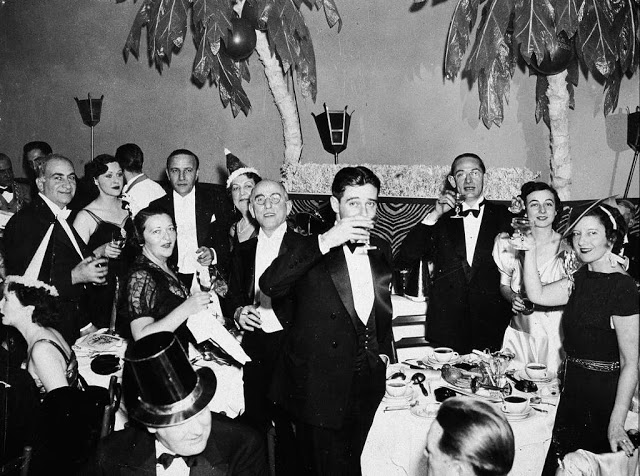 A group of people celebrate on New Years Eve at the El Morocco night club in New York City, 1935. 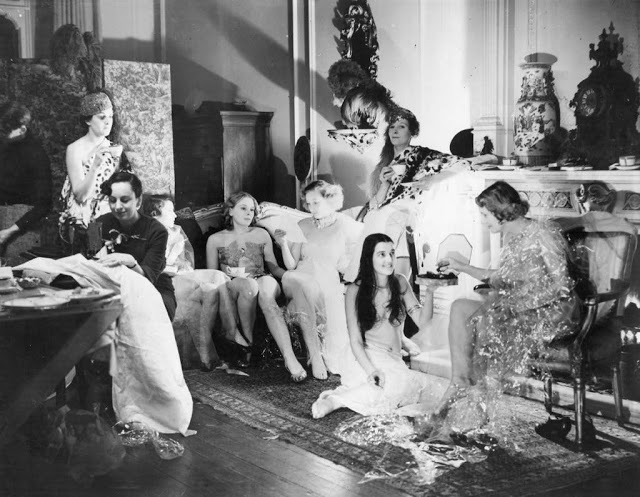 Members of the Kensington Studios having a tea break as they prepare their costumes for the Chelsea Arts Ball, 1935. 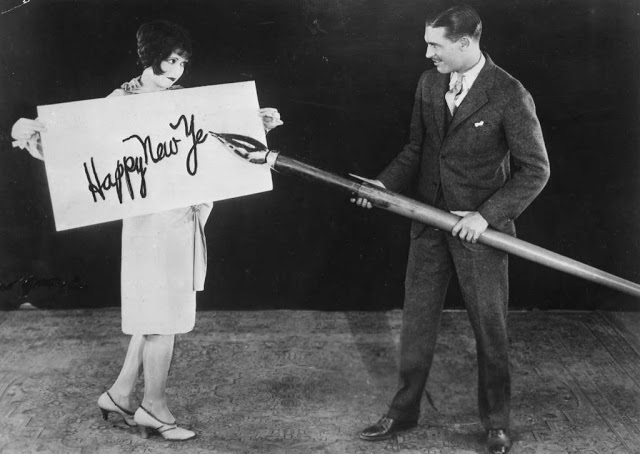 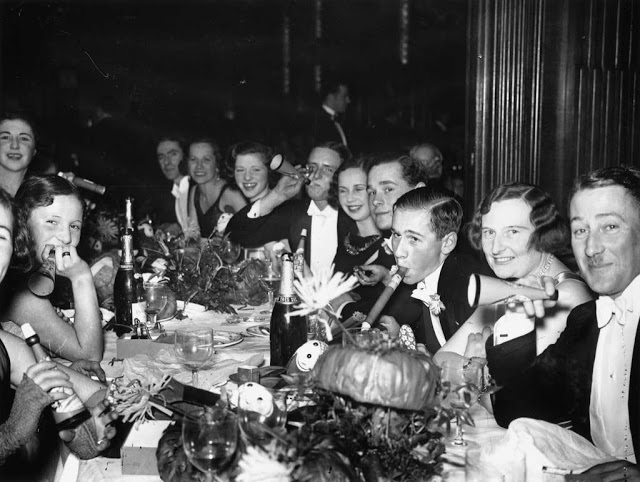 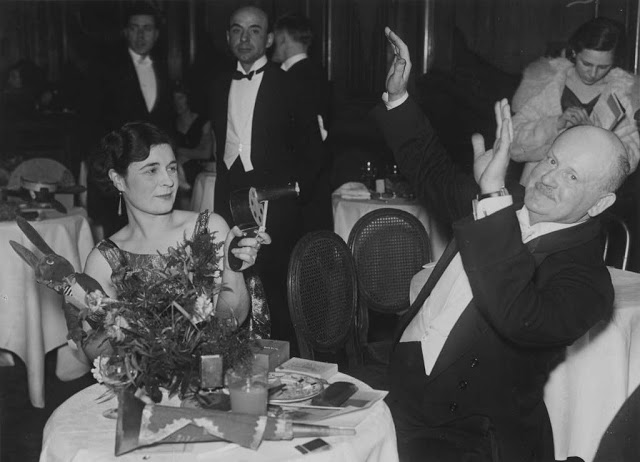 Revelers at the Piccadilly Restaurant, London, celebrating the New Year, 1931. 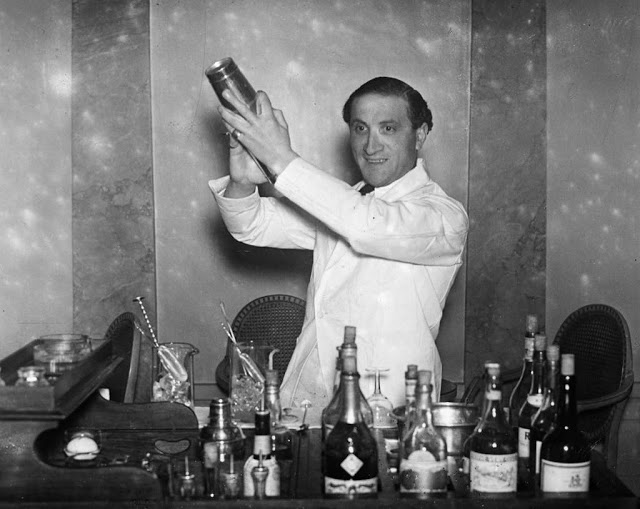 A barman on duty at Hector's Devonshire Restaurant in London on New Years Eve is seen preparing a cocktail. 1930. 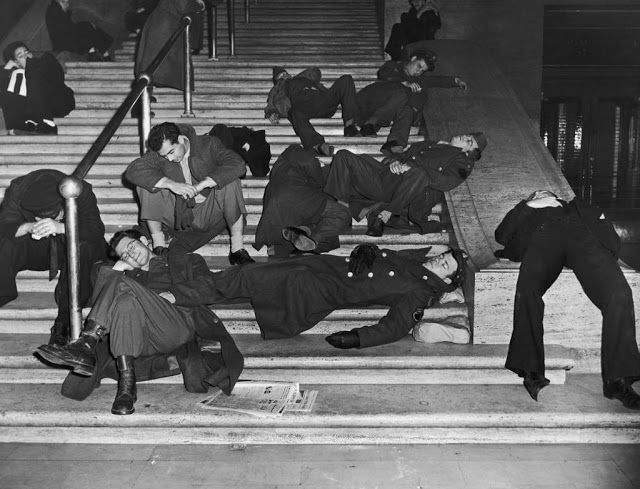 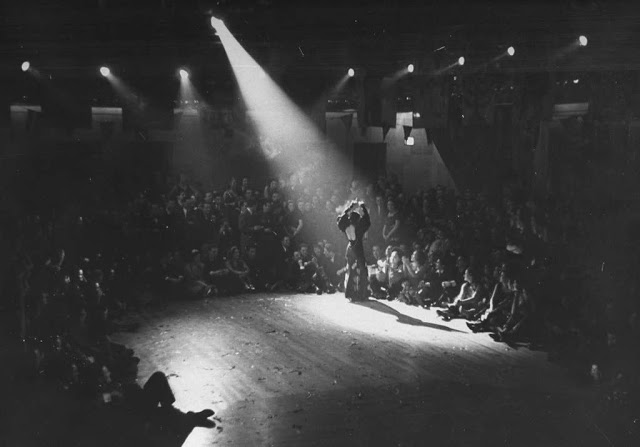 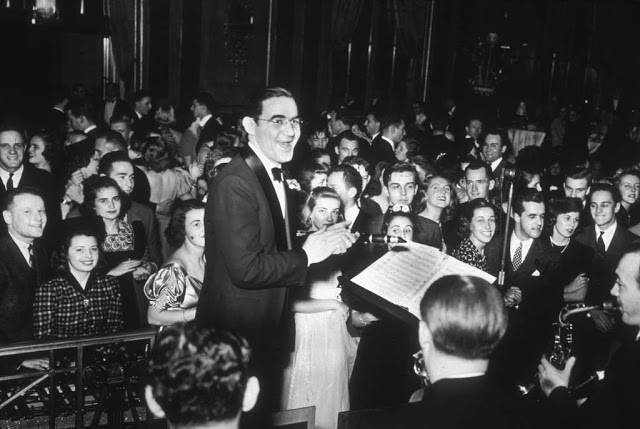 American jazz musician and bandleader Benny Goodman and his orchestra play for an enthusiastic audience during a New Year's Eve dance at the Waldorf Astoria, New York City, 1938. 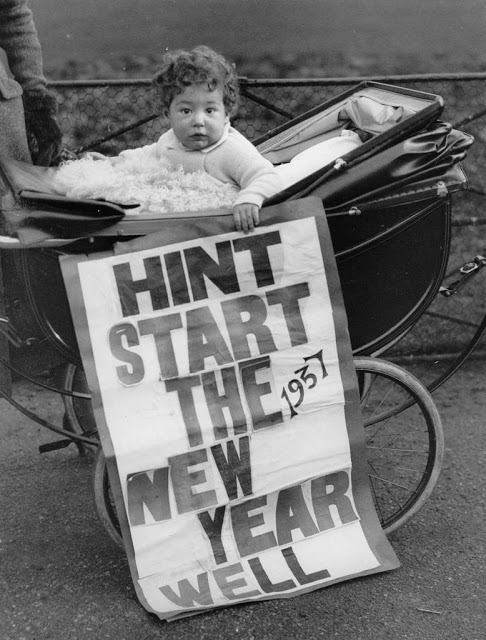 A baby in his buggy is holding a new year's eve poster with a good advice for the new year, 1937. 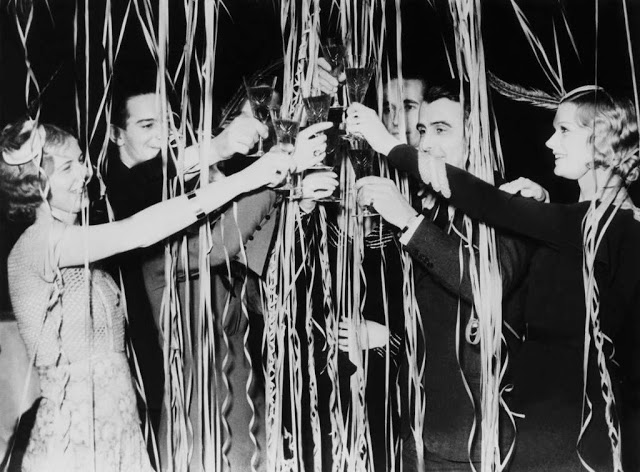 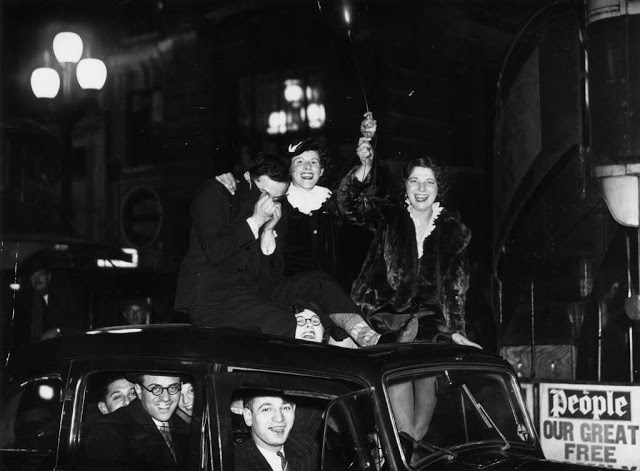 A group of friends sitting on a car roof in London while celebrating the arrival of 1936. 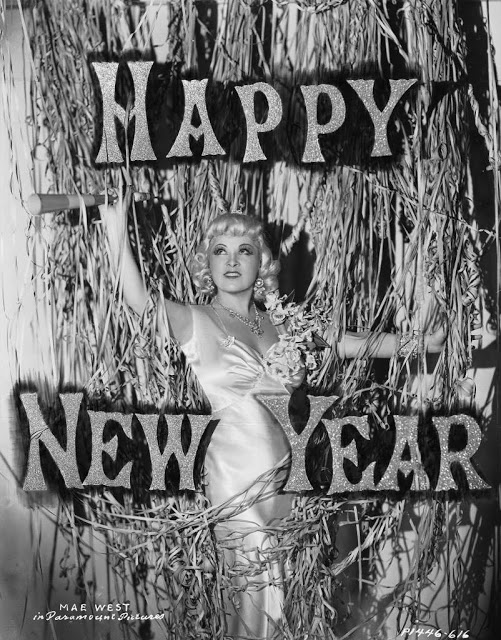 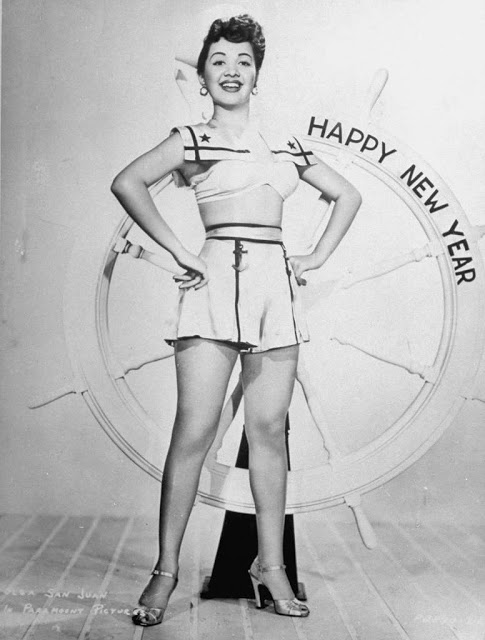 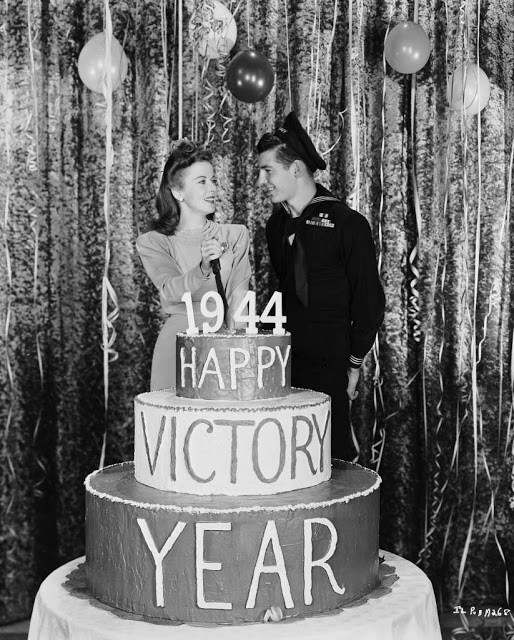 British actress Ida Lupino smiling at a friendly sailor as she cuts a cake which reads Happy Victory Year, 1944. 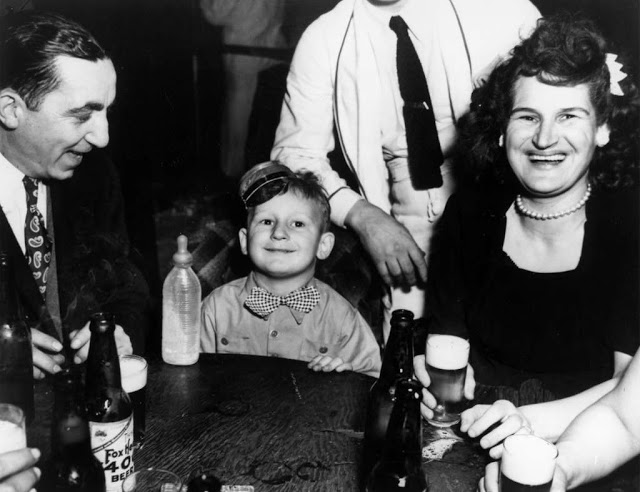 A three-year-old boy accompanies his parents to a New York nightclub to celebrate New Year's Eve. At five in the morning, he is still welcoming in the New Year with a bottle of milk, 1943. 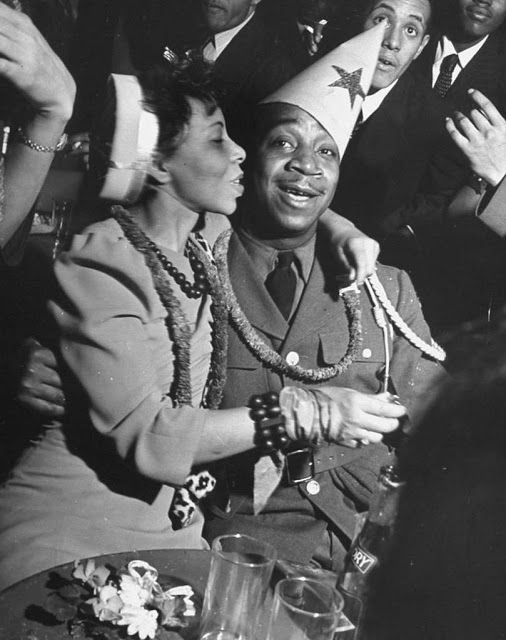 Soldiers and civilians celebrating the New Year in a nightclub, 1942. 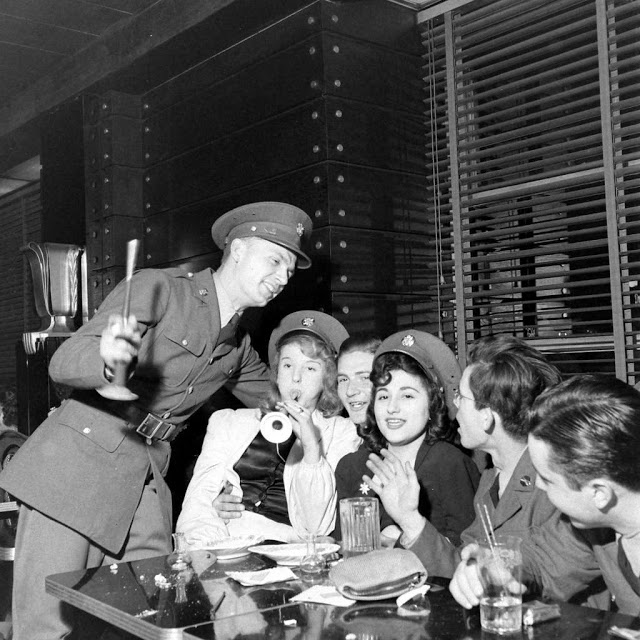 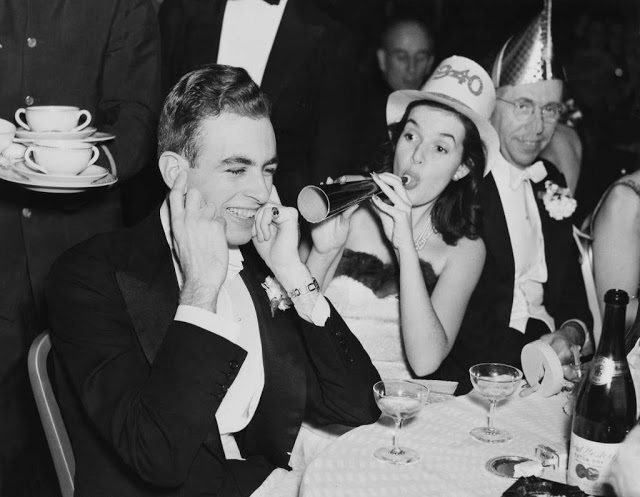 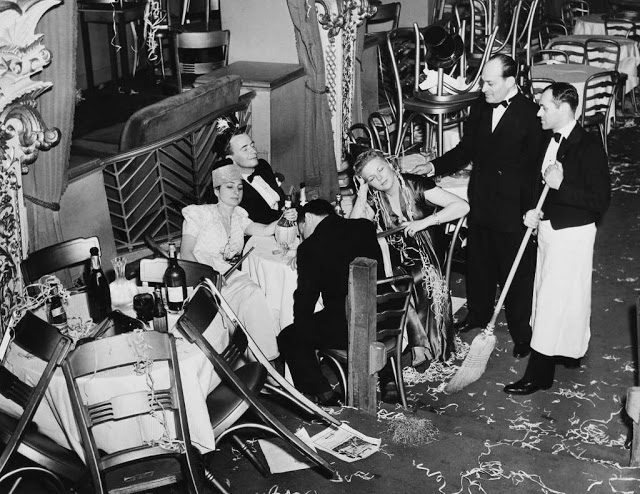 Employees of the Diamond Horseshoe cleaning up after a New Years Eve party in 1940 in New York. 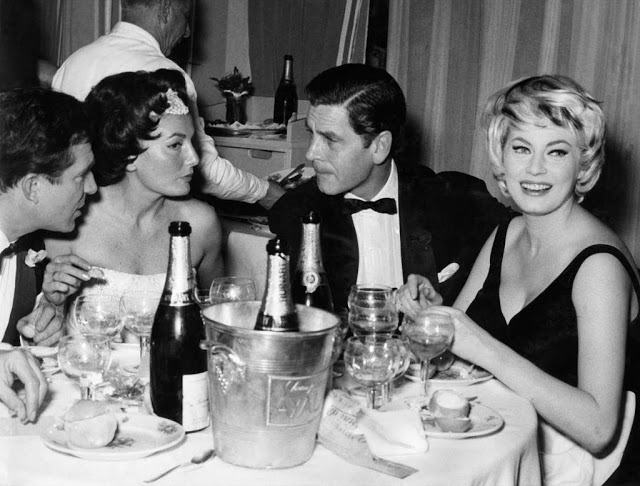 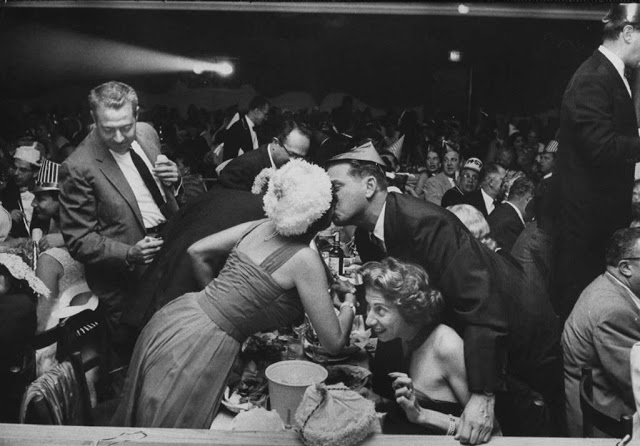 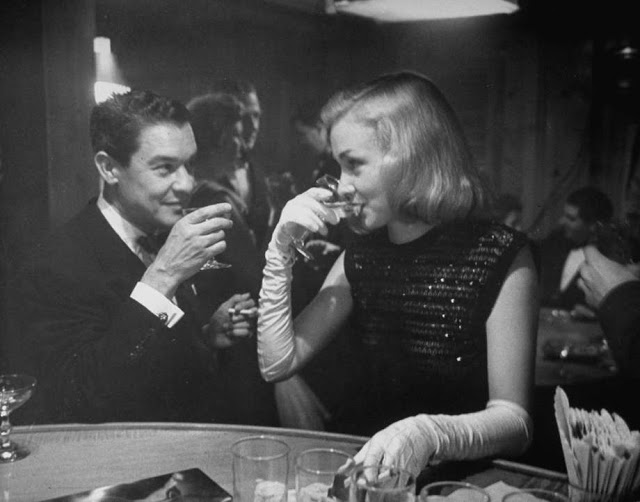 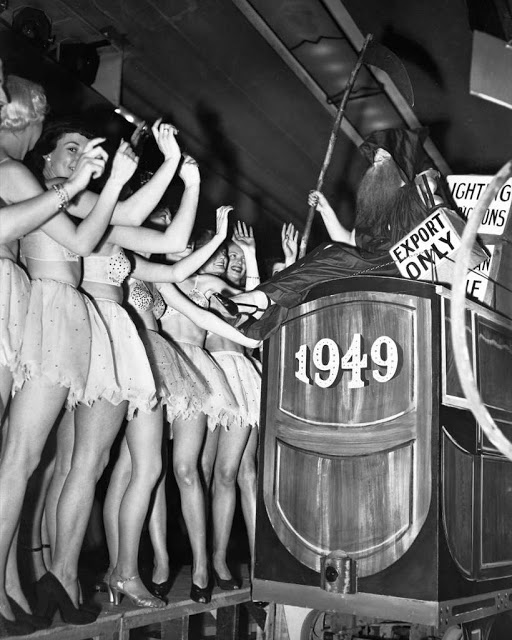 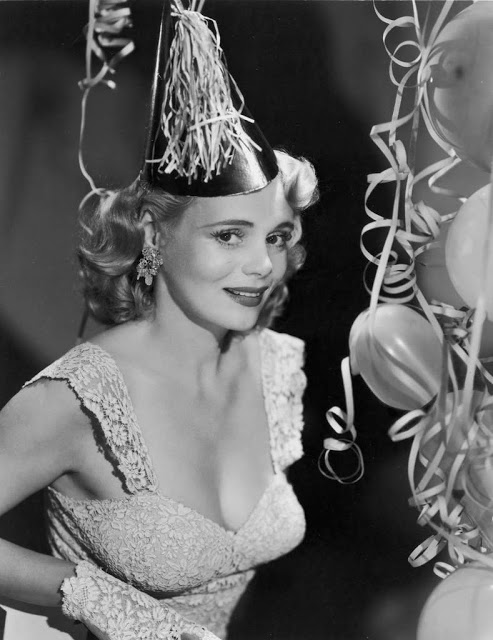 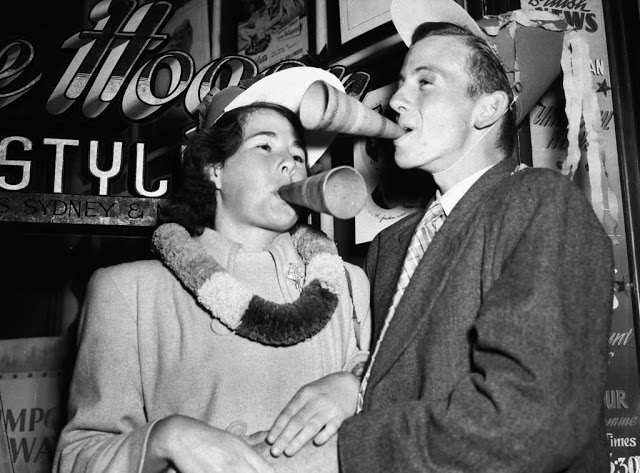 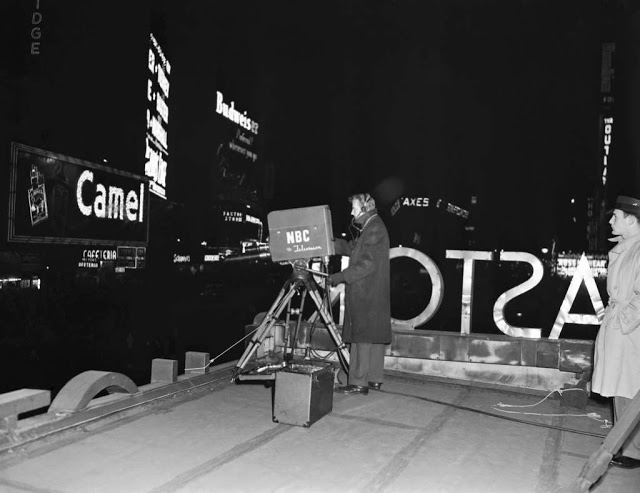 A cameraman records the New Years Celebration in Times Square, 1946. 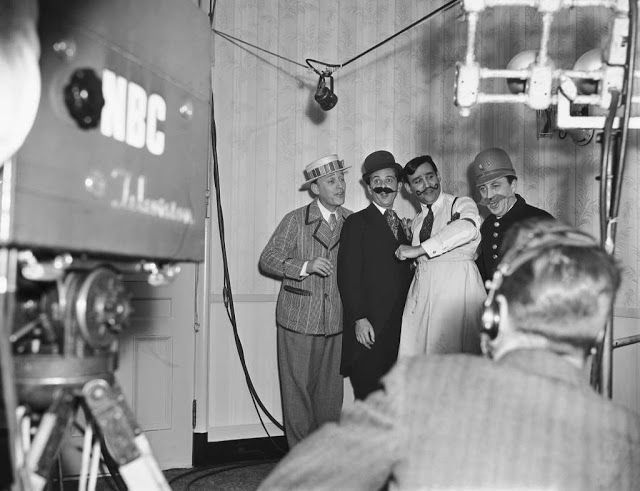 Part of the New Years entertainment from Times Square, 1946. 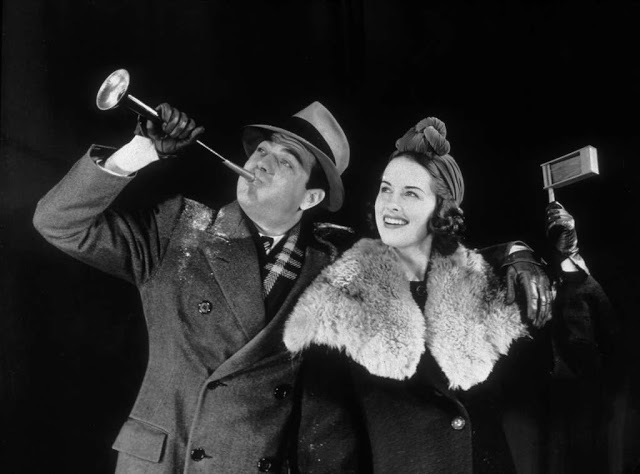 Posted by Yesterday Today at 11:00 AM