A cowboy is an animal herder who tends cattle on ranches in North America, traditionally on horseback, and often performs a multitude of other ranch-related tasks. The historic American cowboy of the late 19th century arose from the vaquero traditions of northern Mexico and became a figure of special significance and legend.

A subtype, called a wrangler, specifically tends the horses used to work cattle. In addition to ranch work, some cowboys work for or participate in rodeos.

Here is an amazing collection of colorized pictures that shows the Old West from the late 19th to early 20th centuries. 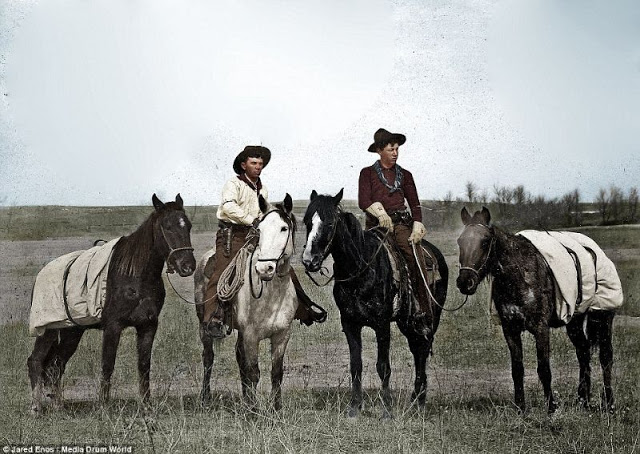 Getting ready for a cattle drive, 1889 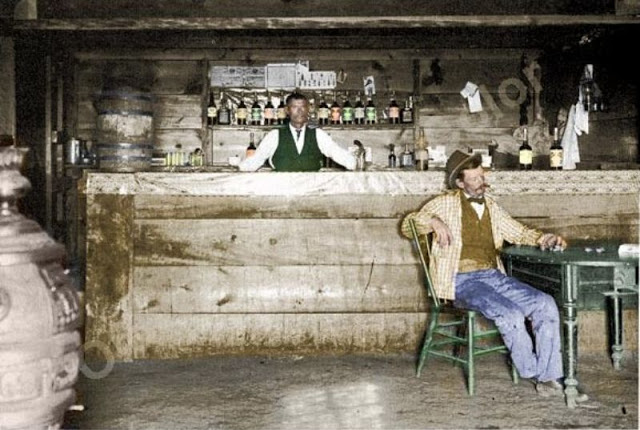 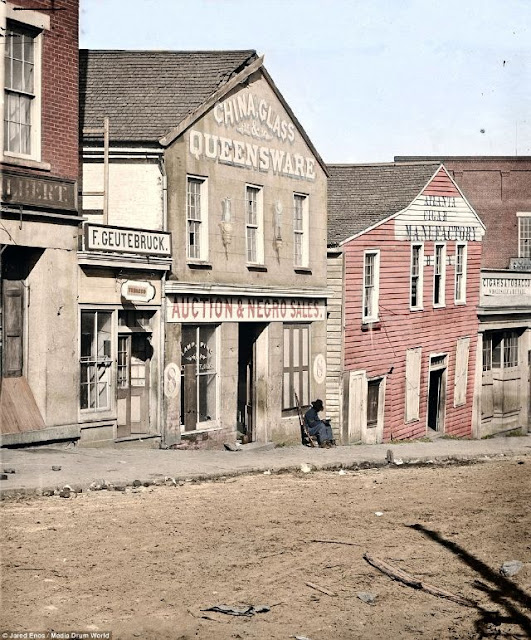 A man sits at the frontage of buildings in Atlanta, Georgia, 1864 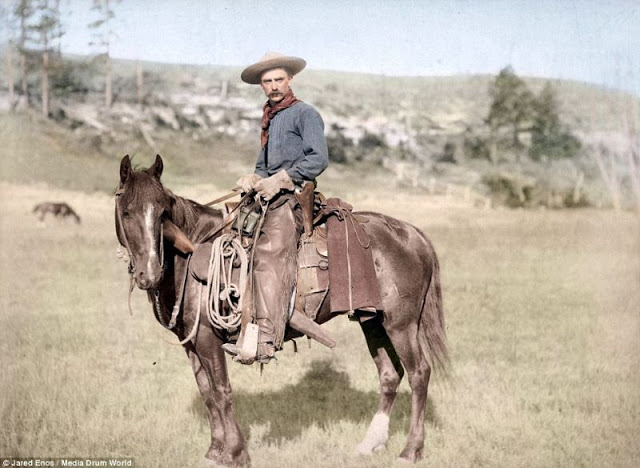 Portrait of a cowboy from 1887 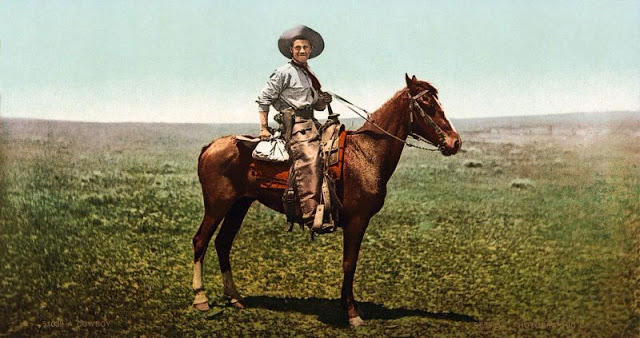 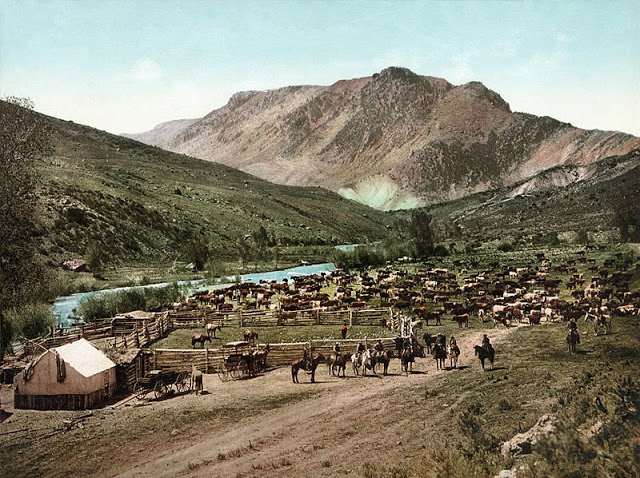 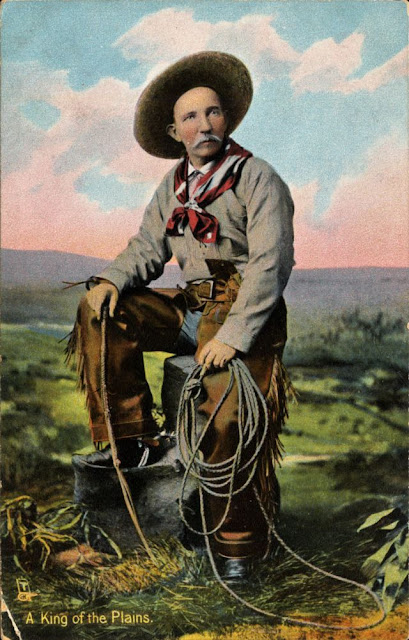 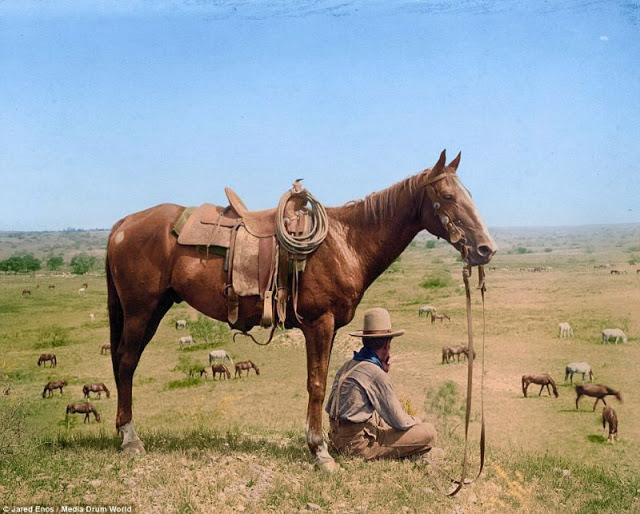 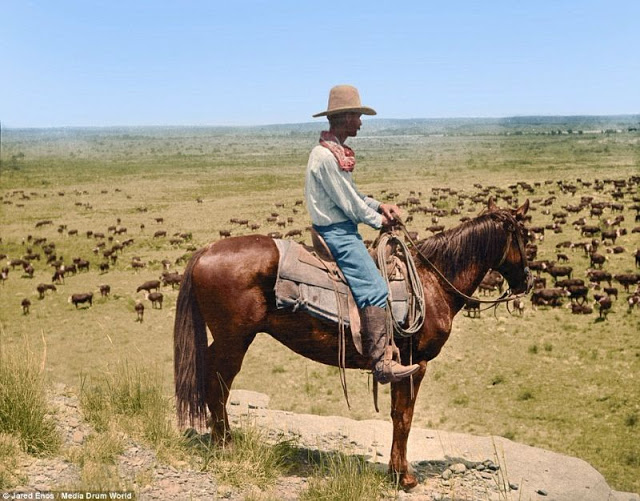 Man on a knoll overlooking the grazing herd at LS Ranch, Texas, 1907 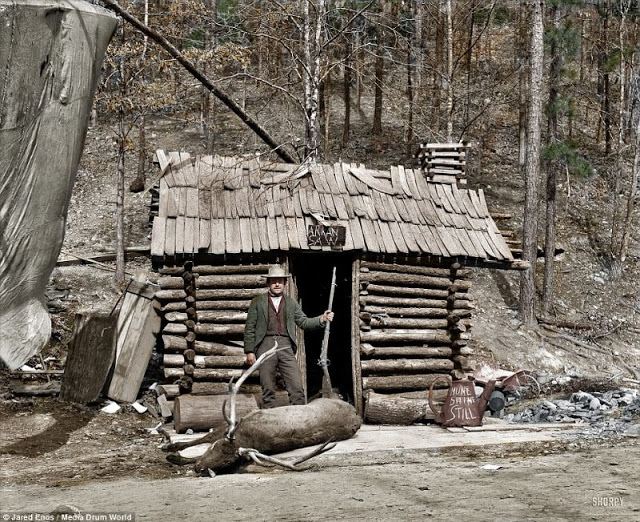 A cowboy stands in front of his cabin, Hot Springs, Arkansas, 1901 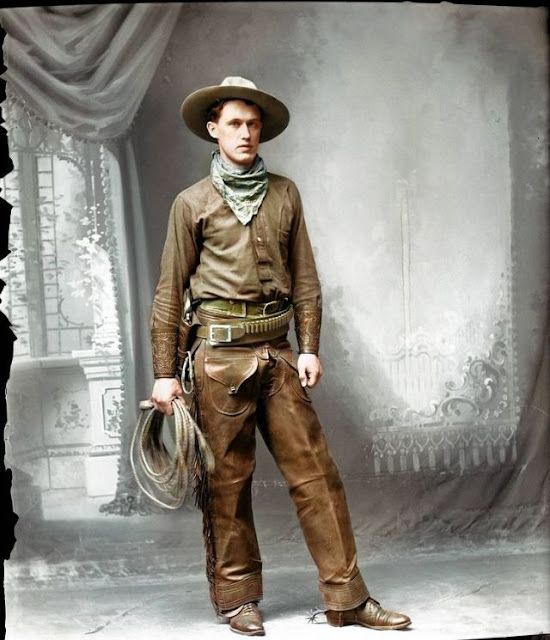 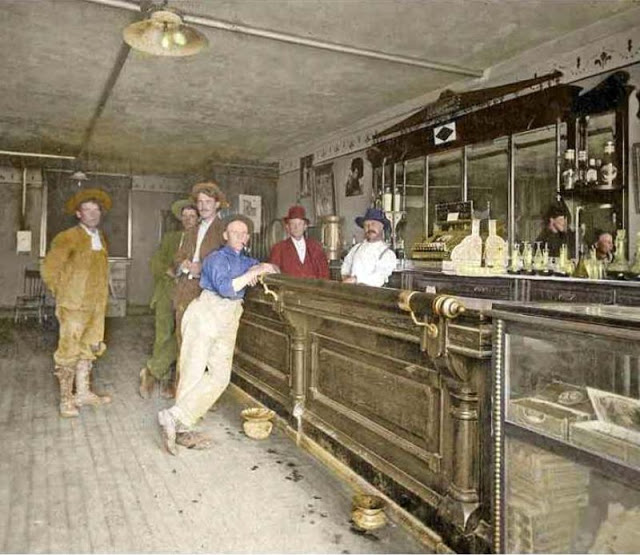 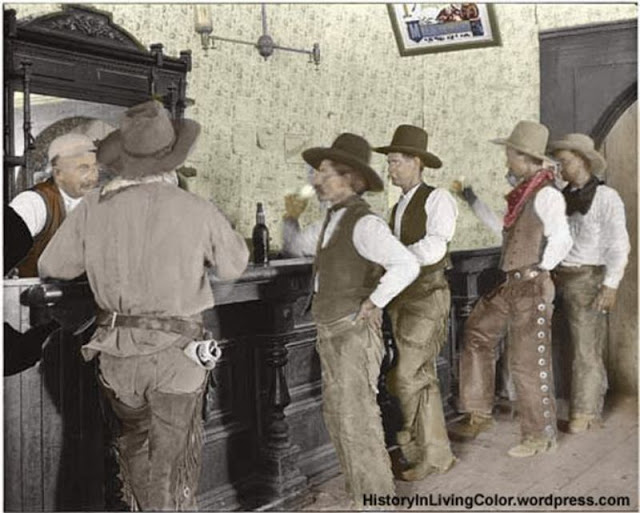 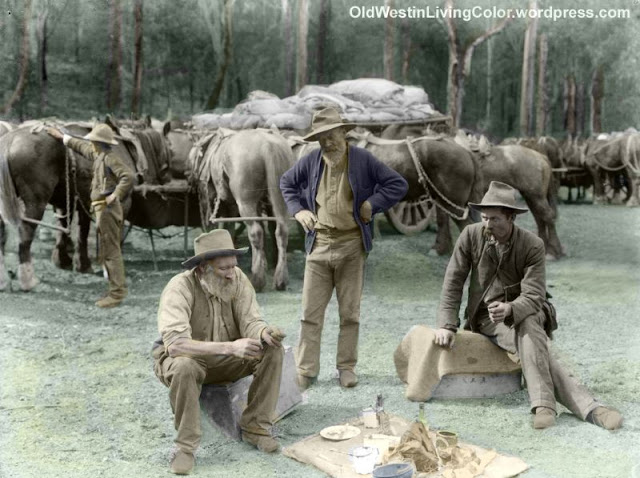 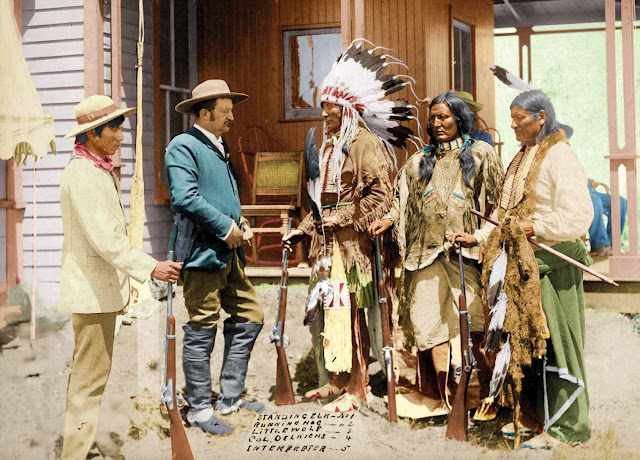 The Northern Cheyenne took part in the 1876 Battle of Little Bighorn, and the Native American men pictured here are probably some of those who were removed to “Indian Territory” after the battle, later fled from relocation, and settled in Montana. All the “Indians” are armed, but interestingly, Little Wolf also carries a peace pipe. (July 4, 1887. John C. H. Grabill, photographer.) 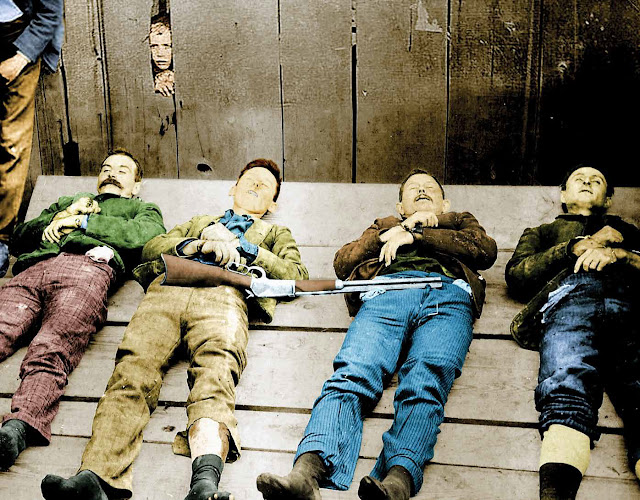 The Dalton Gang was led by three brothers—Emmett “Em,” Robert “Bob,” and Gratton “Grat” Dalton—who started as lawmen, but in 1890, after being unpaid for their work, they turned their guns over to the over side, robbing banks and trains. Being outlaws ran in their blood, apparently, as their other brother, William M. “Bill” Dalton, rode with the Wild Bunch, and they were all related on their mother’s side to the Younger brothers, who rode with Jesse James.

On October 5, 1892, the Dalton Gang attempted to simultaneously rob two banks in Coffeyville, Kansas. A few citizens recognized some of the gang members as they entered town, though, so the residents quietly got their guns, surrounded the banks, and greeted the robbers with a hail of gunfire. Grat and Bob were killed, but Em lived to go to trial. This classic photograph shows the deceased gang members (left to right: Bill Power, Bob Dalton, Grat Dalton, Dick Broadwell) after their robbery attempt. (October 1892, Cramers Art Rooms of Cherryvale, Kansas, publishers.) 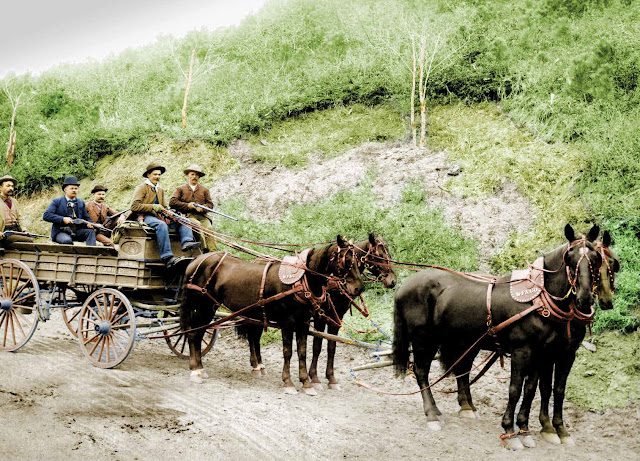 A Wells Fargo Express Company Deadwood treasure wagon and its guards keep watch over $250,000 in gold bullion from the Homestake Mine in Lead, South Dakota. 1890 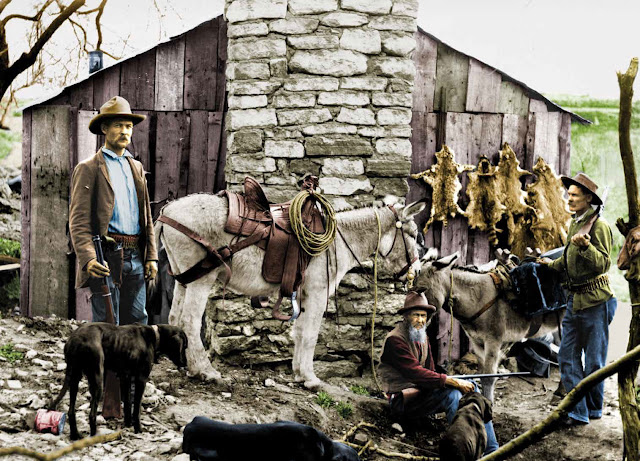 Trapper and Hunter William Dove Crabtree, two of his sons, and their hunting dogs at their cabin located on Long Creek in Brown’s Basin, Arizona Territory. 1908 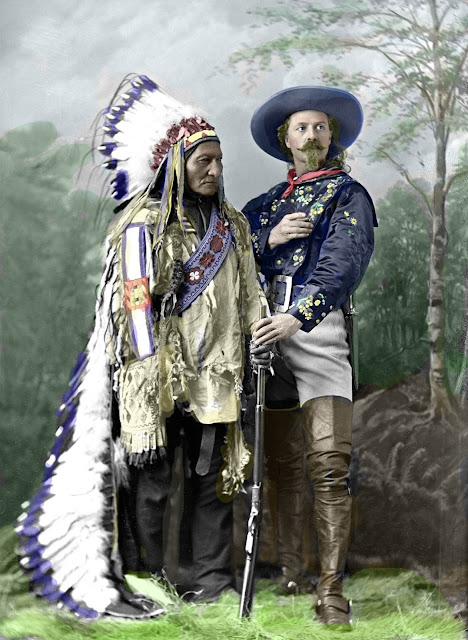 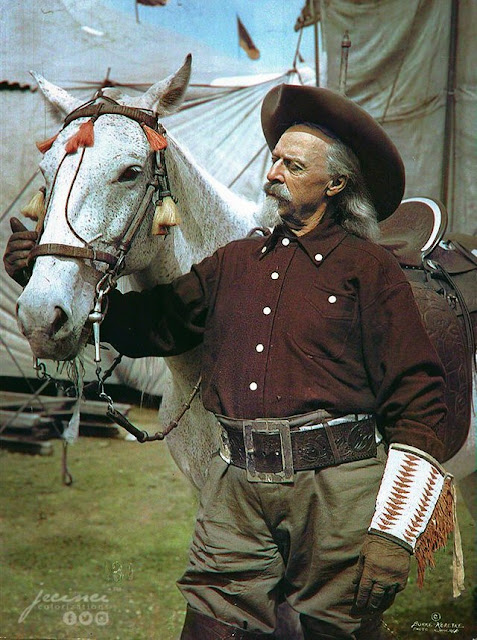 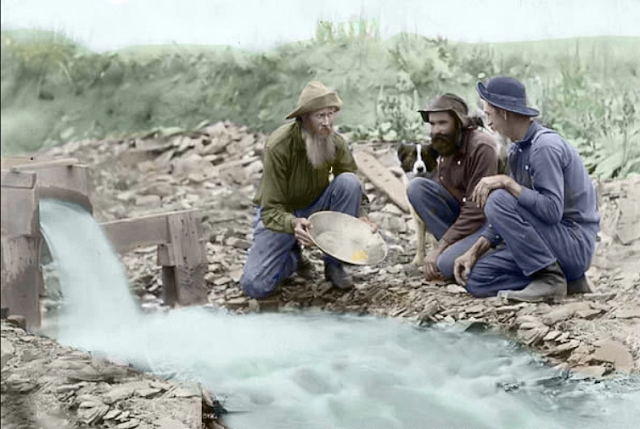 Prospectors panning for gold in the Old West. Late 1800’s.

Posted by Yesterday Today at 9:44 AM