Janis Joplin joined up with Big Brother and the Holding Company in 1966, at the height of San Francisco’s Haight-Ashbury scene. Success came quickly, and soon the band was headlining now-legendary venues like Filmore West, Winterland, and Avalon Ballroom.

By 1968, Janis had the means for some rock star transportation, and paid a Beverly Hills car dealer about $3500 for a ’65 Porsche 356c Cabriolet. The plain-jane white paint job did not suit her, however, and she promptly asked friend (and Big Brother roadie) Dave Richards for something more dramatic.

Richards succeeded in creating nothing less than a four-wheeled icon of the psychedelic era. It is painted in vivid colors, and covered with day-glo flowers, cartoon buterflies, representations of astrology, nature, and even a portrait of Janis’ band.

Obviously, this is one Porsche that was hard to miss, and it quickly became associated with the star. If you saw the 356, you knew Janis was not far away. Fans would leave notes under the wipers everywhere it was parked. Once, the car was stolen and rattle-canned gray… but Joplin recovered it and found a body shop to restore the custom paint job.

Several replicas of Janis’ beloved 356 have been built over the years. The original (itself restored several times) sits in the Rock and Roll Hall of Fame and Museum in Cleveland. Visitors there may well find themselves lost in the splashes of color… and transported to a time when an awkward girl from Port Arthur, Texas held the country transfixed with a song.
Oh Lord, won’t you buy me a Mercedes-Benz?
My friends all drive Porsches, I must make amends.
Worked hard all my lifetime, no help from my friends,
So Lord, won’t you buy me a Mercedes-Benz?
In 1969, it was stolen. The thief, realizing the car would be too recognizable, spray-painted it gray. The car was later recovered and the mural restored. After Janis' death, the car was used as a courtesy car by her manager Albert Grossman. The car fell in disrepair and was taken back by the Joplin family and restored. The car has been on loan to the Rock and Roll Hall of Fame since 1995 by Janis' heirs. 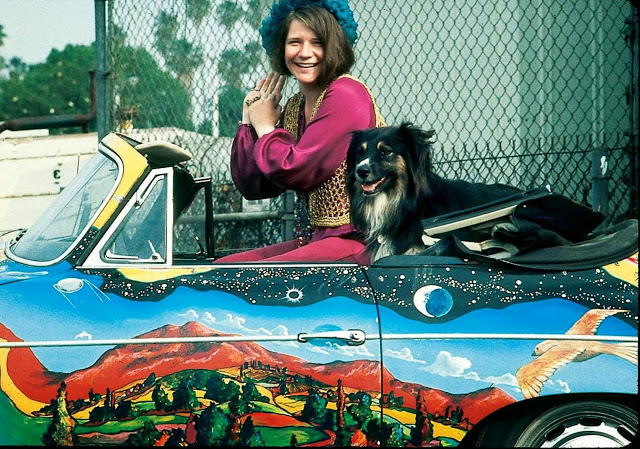 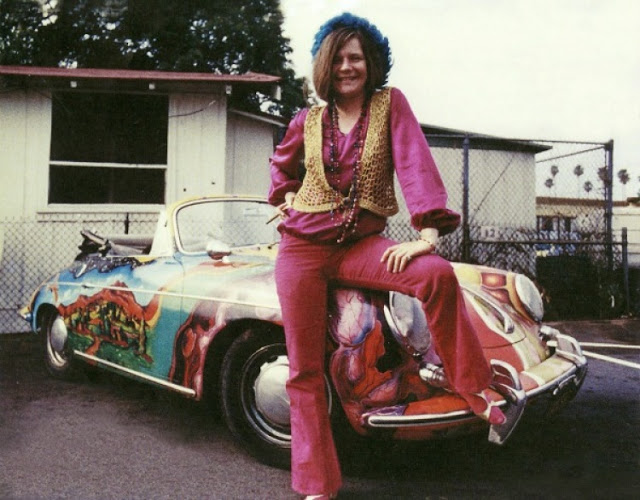 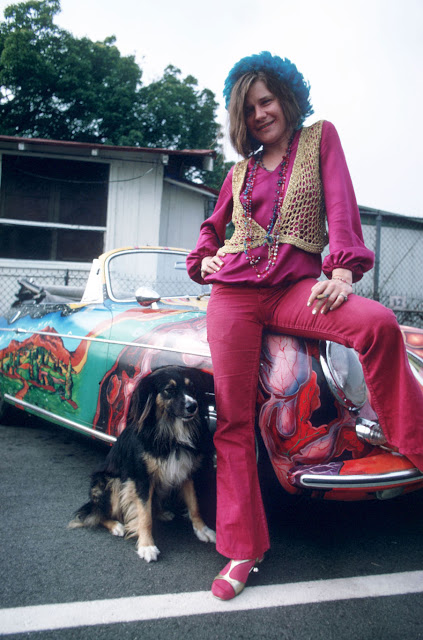 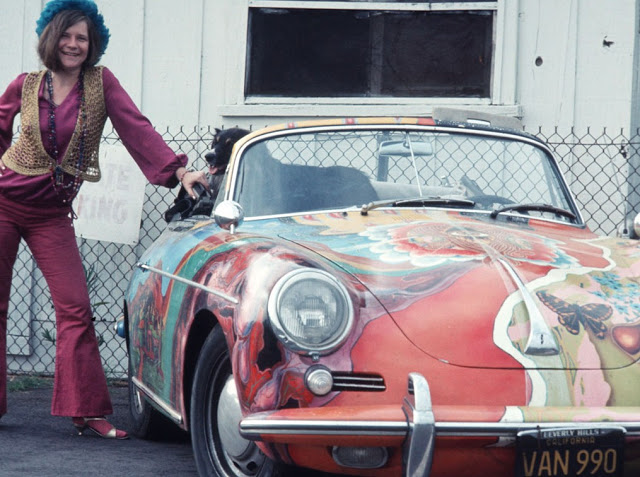 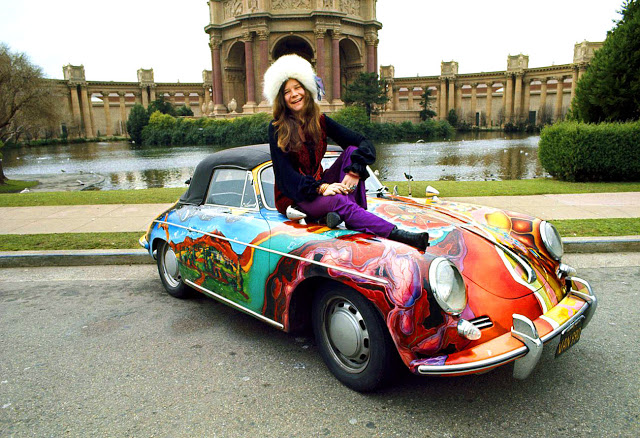 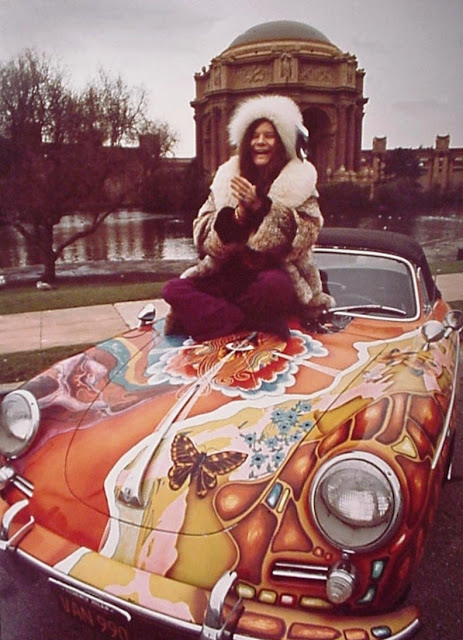 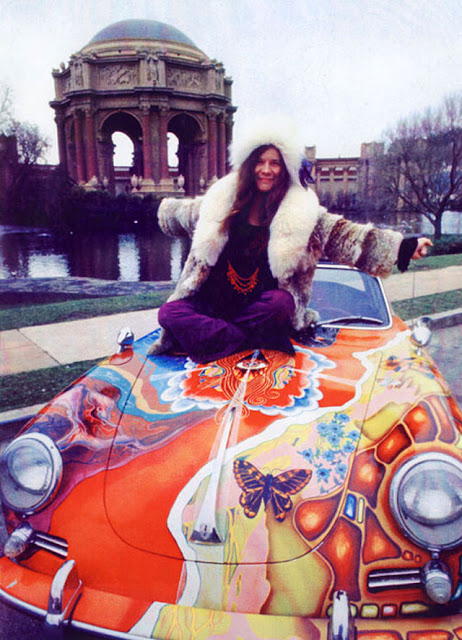 Posted by Yesterday Today at 10:10 AM