The Disposable Clothing: Hot Trend "Paper Dress" Was a Short-Lived Fashion Novelty Item in the Mid-1960s

During the 1960s styles were constantly changing and there were many brief fashion fads and trends. One such trend was that of the paper dress.

'Disposable' clothing reached its peak around 1966-68 but was generally more of a gimmick than a viable alternative. Society was adopting an increasingly 'throw-away' attitude; disposable cutlery, and cigarette lighters were already commonplace. Throw-away clothes, furniture etc. were the next logical step.

In 1966, Scott Paper Company invented the paper dress, intended as a marketing and publicity tool. For one dollar, women could buy the dress and also receive coupons for Scott paper products. It originally came in two designs, a black and white Op Art motif and a red bandanna pattern. Scott advertisers described the paper dress as “created to make you the conversation piece at parties. Smashingly different at dances or perfectly packaged at picnics. Wear it anytime...anywhere. Won't last forever...who cares? Wear it for kicks -- then give it the air.” When orders for half a million dresses poured in, the promotion overwhelmed the Scott Company. Six months after it began, company executives abruptly ended the advertising campaign stating they “didn't want to turn into dress manufacturers.”

When Scott stepped out of the paper garment industry, others quickly filled the void. By 1967, Mars Manufacturing Company of Asheville was the nation's leading producer of paper dresses, selling 80,000 to 100,000 a week. From its basic A-line shift, the company expanded its line to include bell-bottom jump suits, evening gowns, aprons, men's vests, children's dresses and even swimming trunks.

What began as a mail order business turned into a huge fad. Paper dresses were sold conveniently in drug and grocery stores as well as department stores and boutiques. Consumers often could buy matching paper party decorations right along with the disposable clothes. The disposability of the garments and their expedient purchase implied modernity and leisure. Paper dresses were an attractive alternative since you could shorten them with a pair of scissors and mend them with scotch tape, or throw them away when they got soiled.

When paper clothing hit the UK's shores in 1967, even the Beatles got in on the fad and wore paper jackets in public. However, disposable clothes were not really much cheaper to make than ordinary dress production. The rage for paper lasted a short time and by 1974 it was already passé. Fashionable paper clothes died out rather suddenly, as Mod and Pop styles were replaced by the back-to-nature hippie lifestyle and as concerns about pollution, waste and flamability materialized. 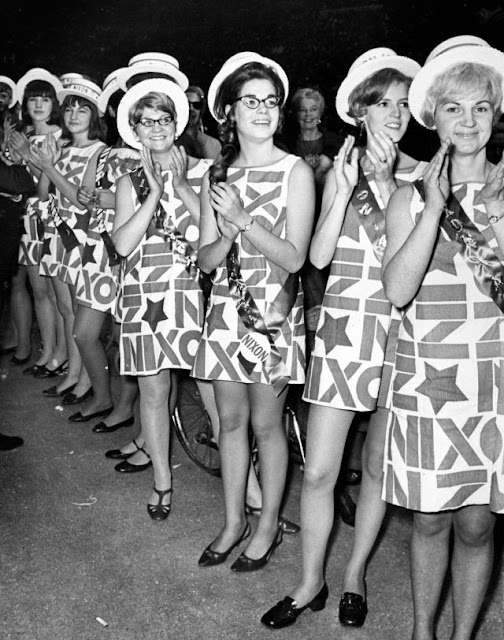 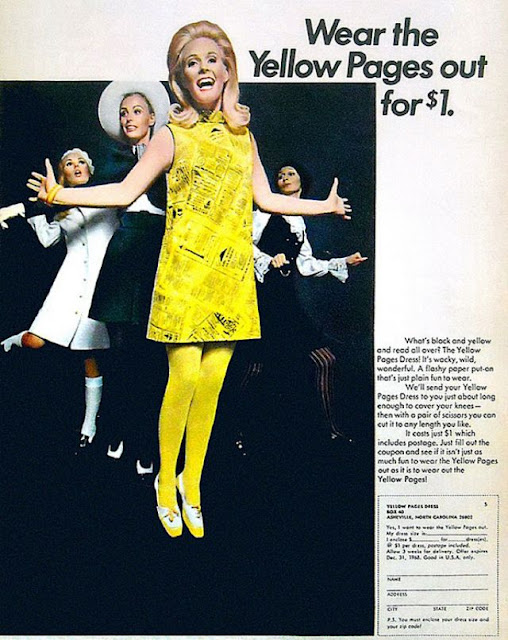 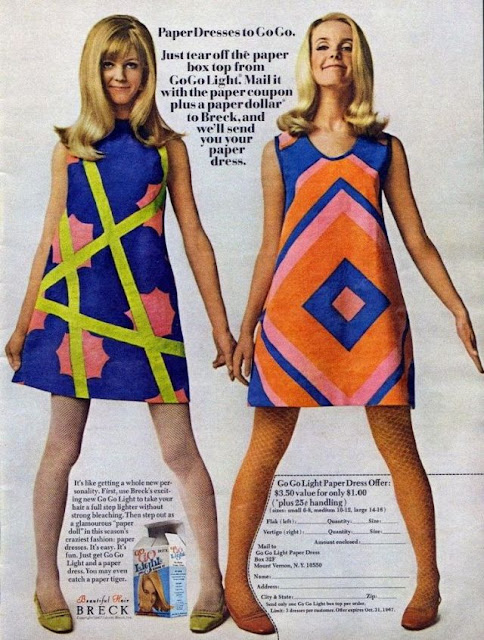 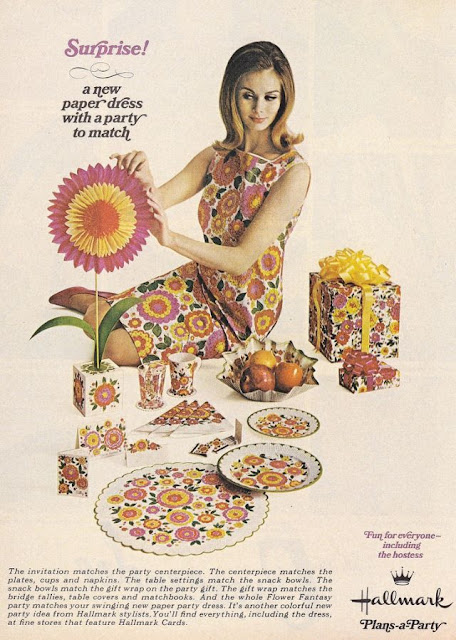 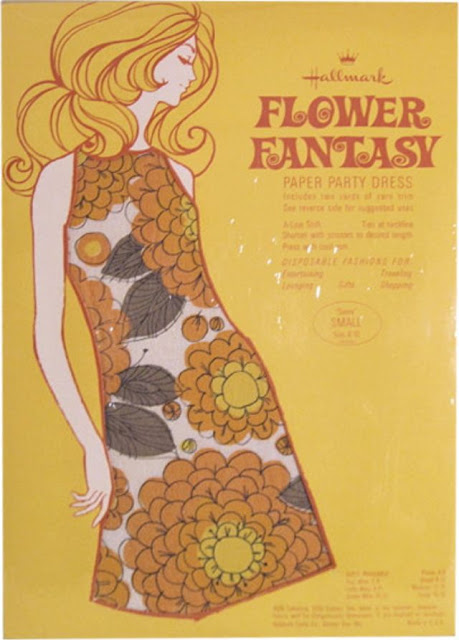 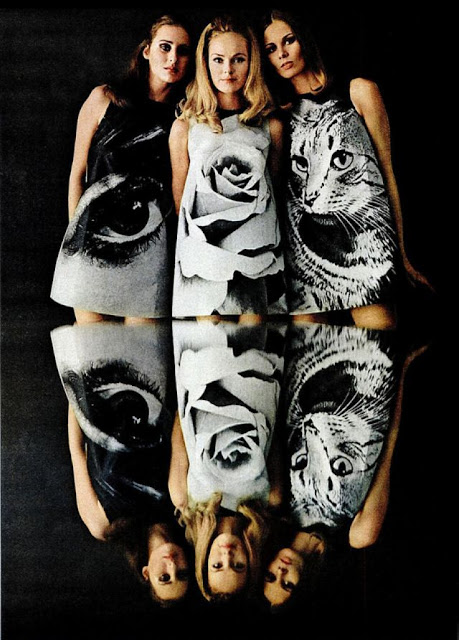 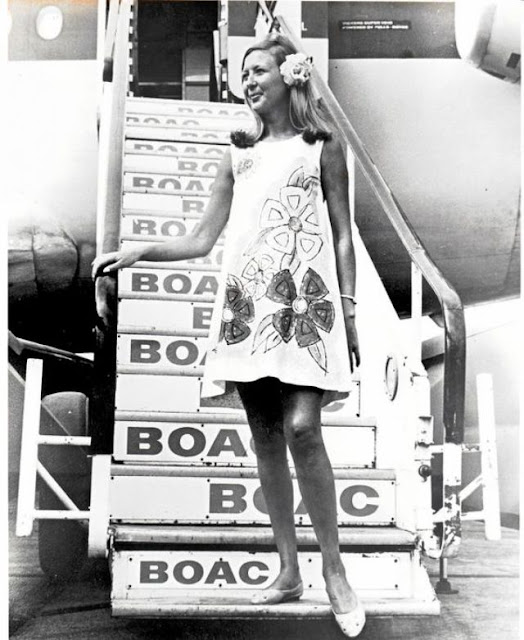 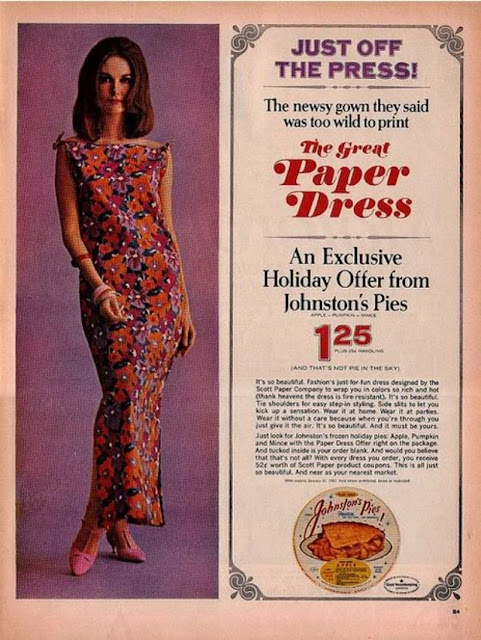 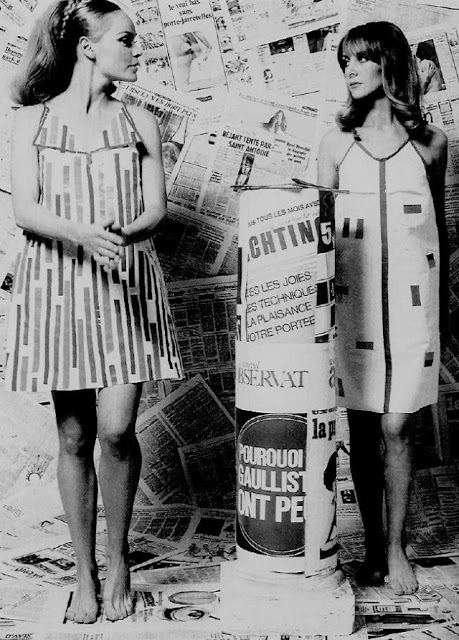 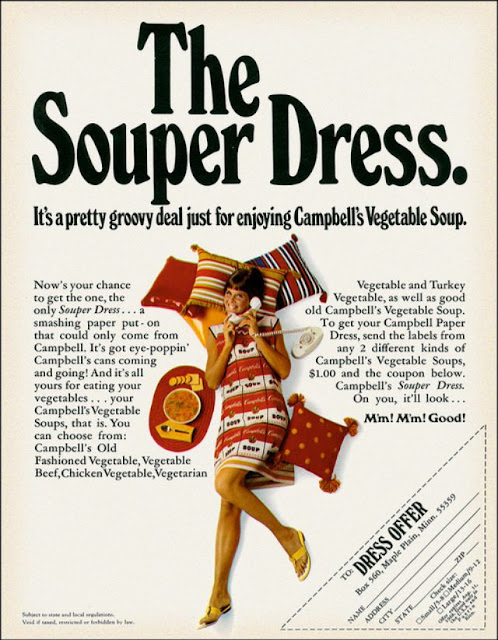 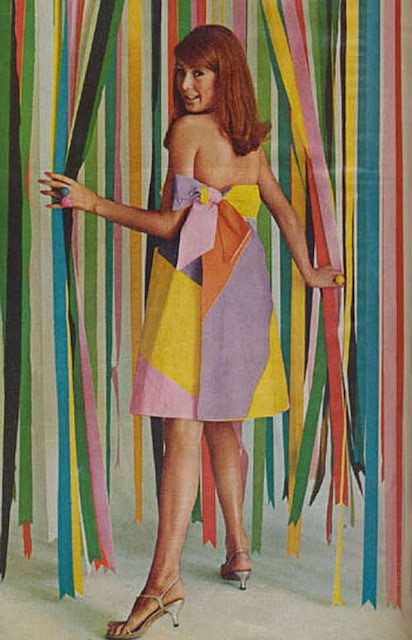 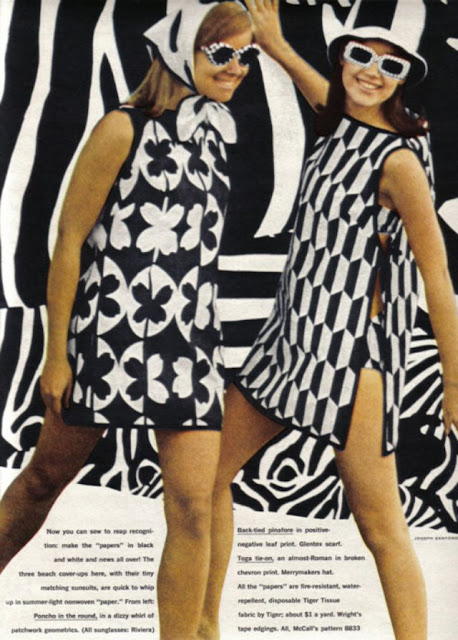 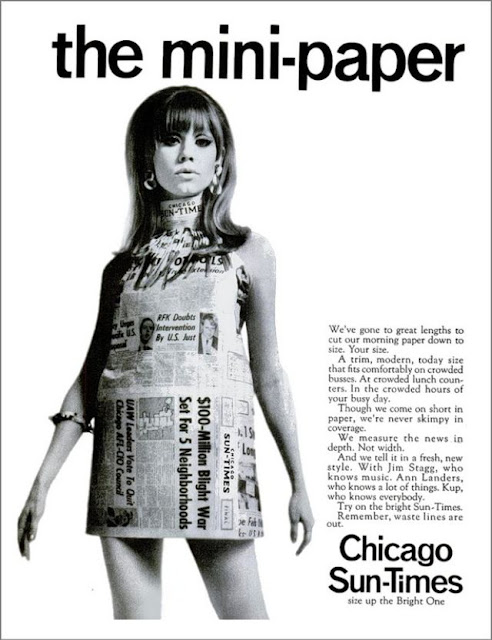 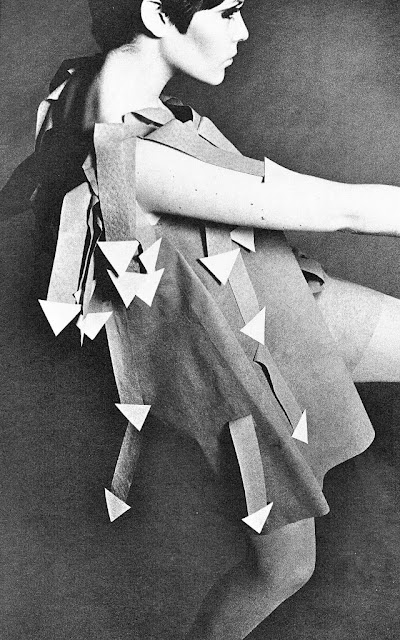 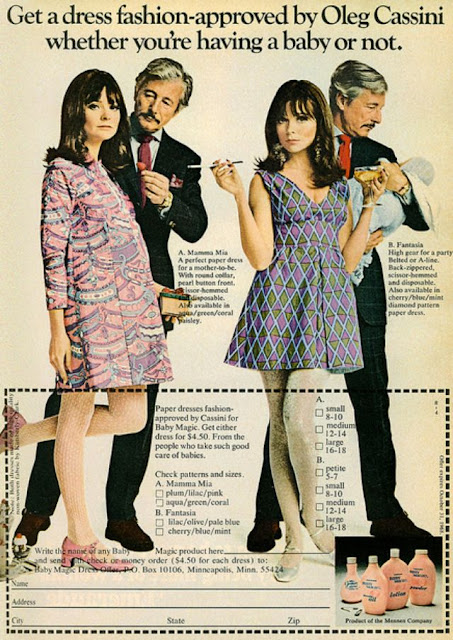 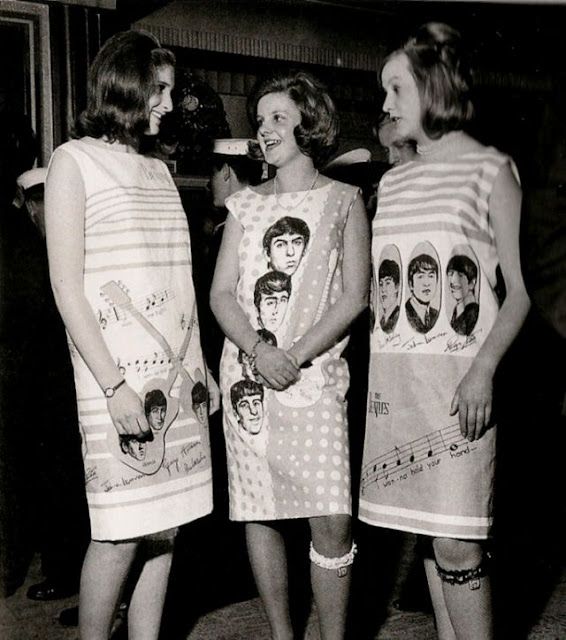 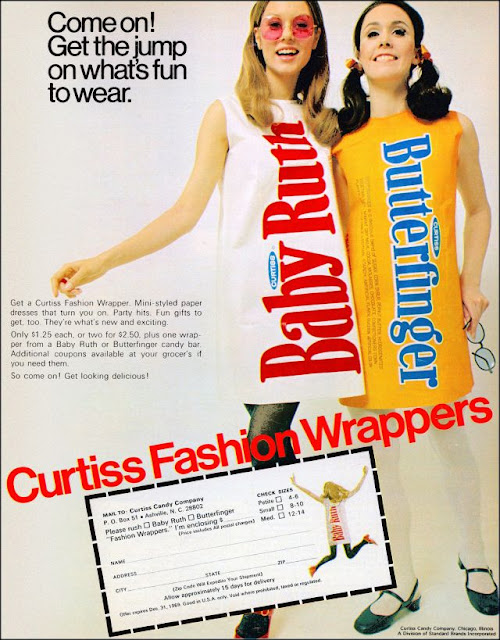 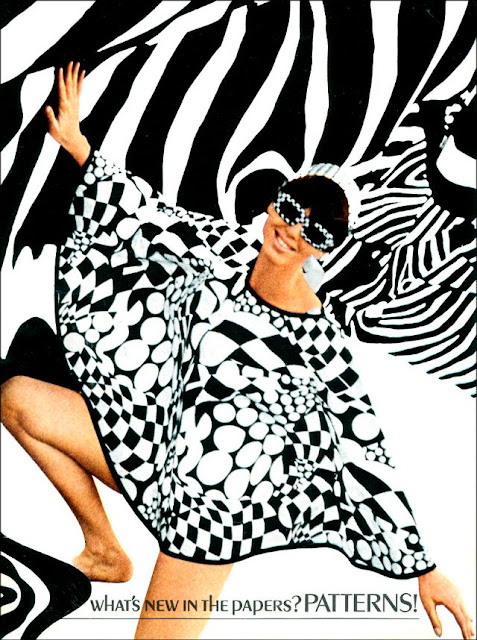 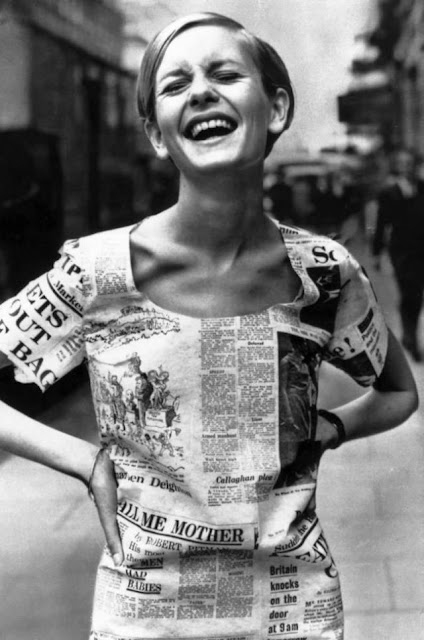 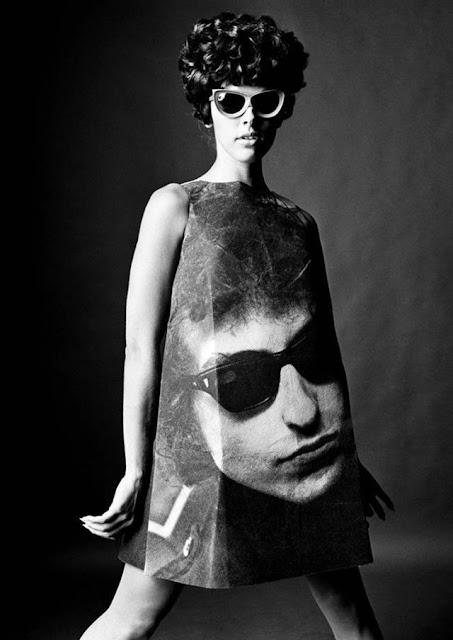