During World War I (1914-1918), large numbers of women were recruited into jobs vacated by men who had gone to fight in the war. New jobs were also created as part of the war effort, for example in munitions factories. The high demand for weapons resulted in the munitions factories becoming the largest single employer of women during 1918. Though there was initial resistance to hiring women for what was seen as ‘men’s work’, the introduction of conscription in 1916 made the need for women workers urgent. Around this time, the government began coordinating the employment of women through campaigns and recruitment drives.

This led to women working in areas of work that were formerly reserved for men, for example as railway guards and ticket collectors, buses and tram conductors, postal workers, police, firefighters and as bank ‘tellers’ and clerks. Some women also worked heavy or precision machinery in engineering, led cart horses on farms, and worked in the civil service and factories. 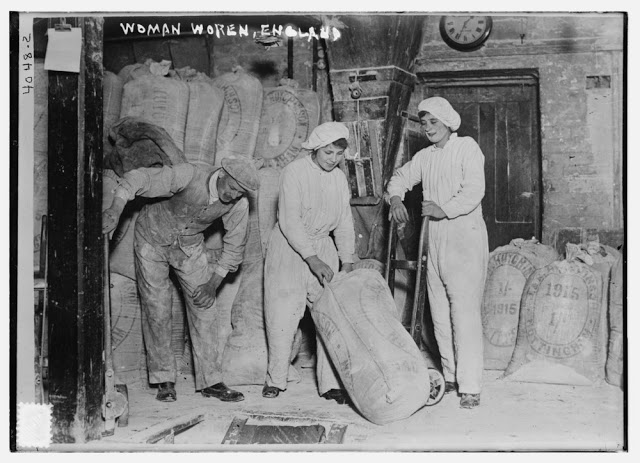 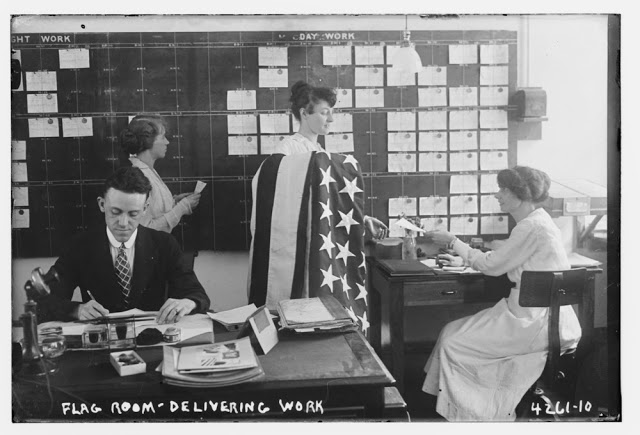 A man and women, one holding an American flag, work in an office at the Brooklyn Navy Yard, Brooklyn, New York, July 7, 1917. 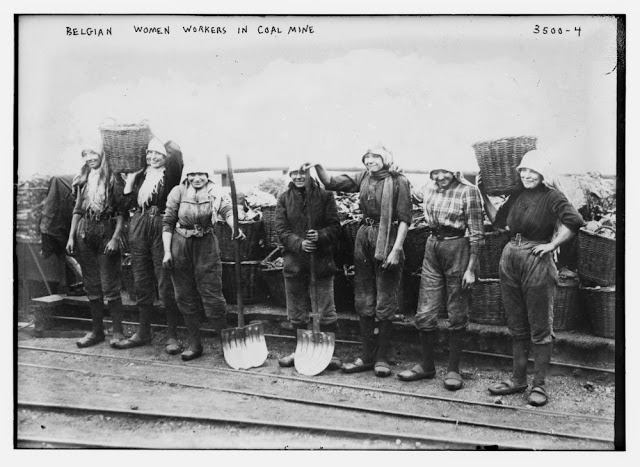 Belgian women workers pose for a photograph as they stand in line holding baskets and shovels near a coal mine, 1915. 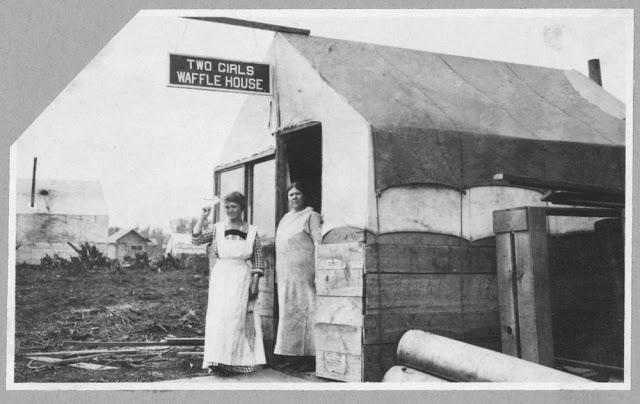 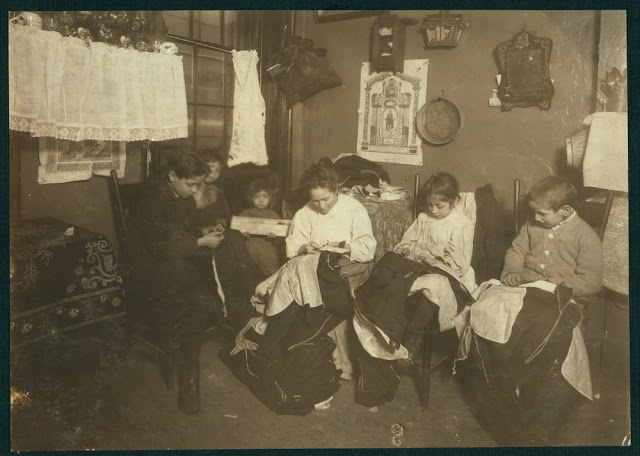 The Onofrio Cottone family finish garments in a tenement in New York, January 1915. The three oldest children Joseph, 14, Andrew, 10, and Rosie, 7, help their mother sew garments and together they make about $2 a week when work is plenty. 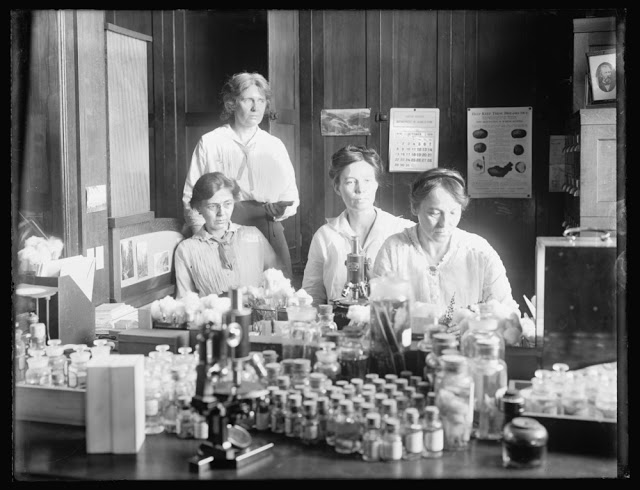 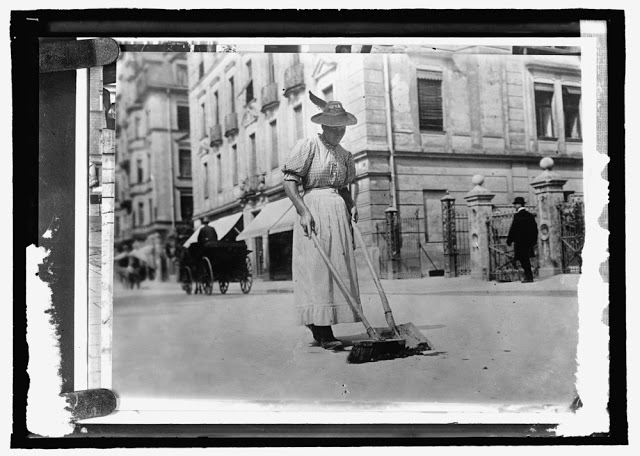 A woman street worker sweeps a street in Germany, WW1. 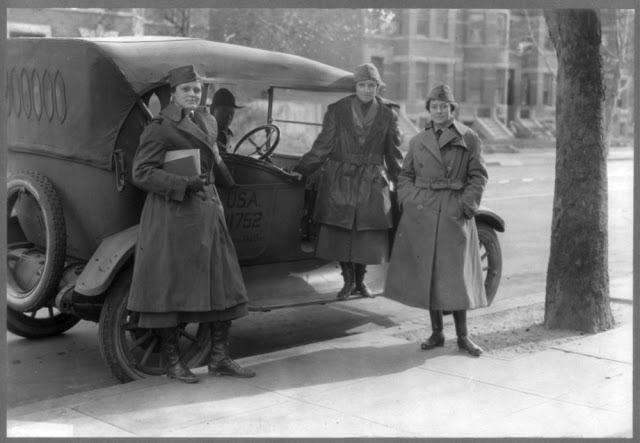 Members of The Women's Radio Corps stand beside an army car, circa February 1919. 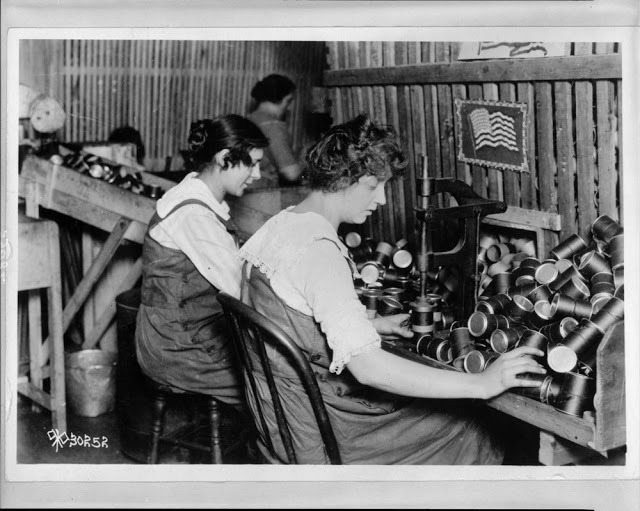 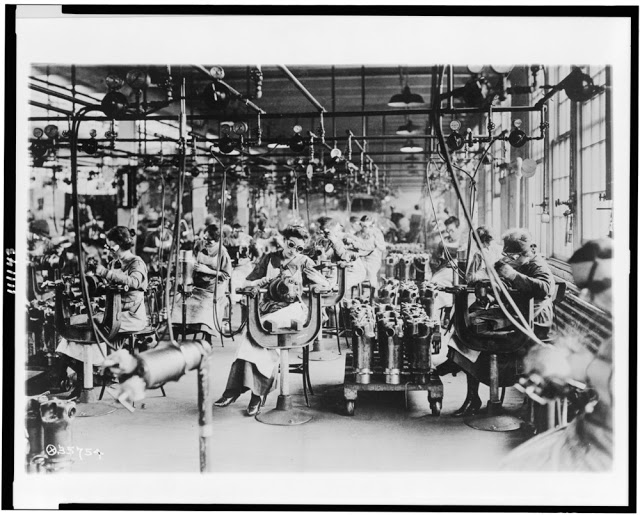 Women wear goggles as they work in the welding department of Lincoln Motor Co., Detroit, Michigan, circa 1914-1918. 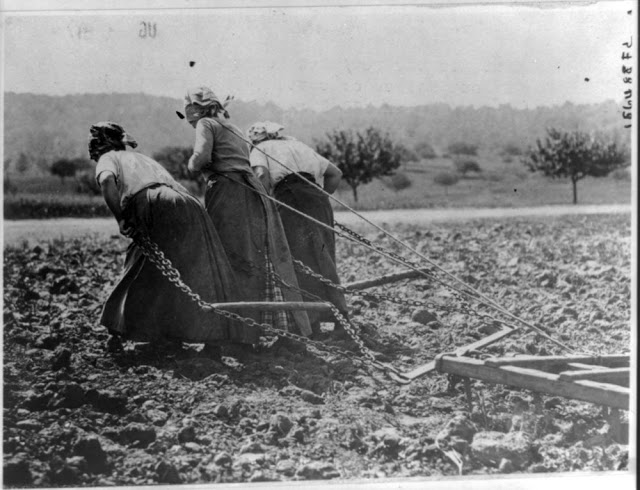 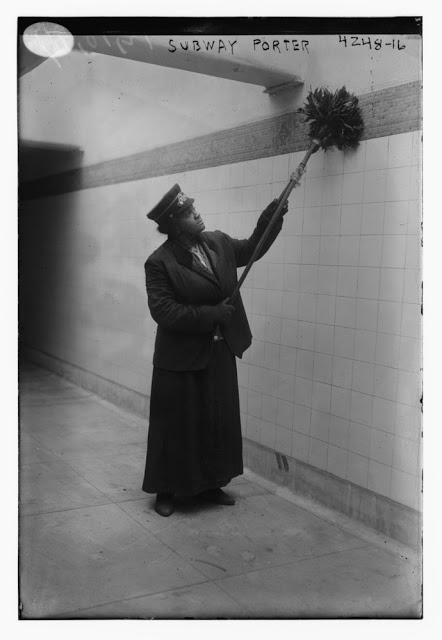 An African American woman dusts as she works as a porter at a subway station in New York City, United States, circa 1917. 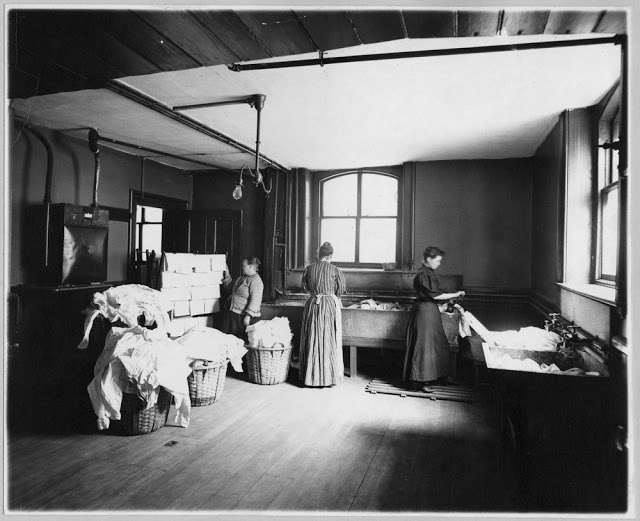 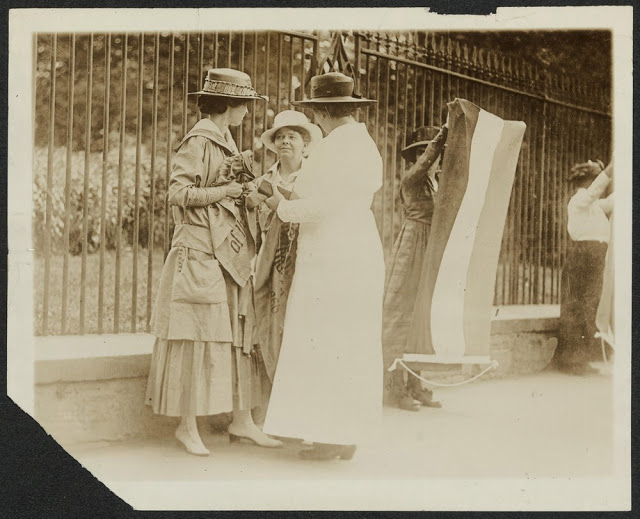 A policewoman (right) arrests Florence Youmans (left) of Minnesota and Annie Arniel of Delaware for refusing to give up their banners while picketing for women's voting rights outside the White House in Washington DC, June 1917. Arniel was one of the first six suffrage prisoners and served eight separate jail sentences for Watchfire demonstrations.