26 Wonderful Vintage Hearse Brochures From Between the 1940s and 1960s

The majority of hearses in the U.S are Cadillac’s and Lincoln’s. The word “hearse” comes from the Middle English “herse,” which referred to a type of candelabra often placed on top of a coffin. Sometime in the 17th century, people starting using the word to refer to the horse-drawn carriages that conveyed the casket to the place of burial during a funeral procession.

Cadillac manufactured a “commercial chassis” which is a strengthened version of the typical passenger car to handle the extra bodywork weight, rear deck and cargo. Ford Motor sells a Lincoln Town Car that is built with expectations of becoming a hearse. Coachbuilders, manufacturer of bodies for automobiles, take the base of the car and put the finishing touches on that turns the vehicle into a working hearse. 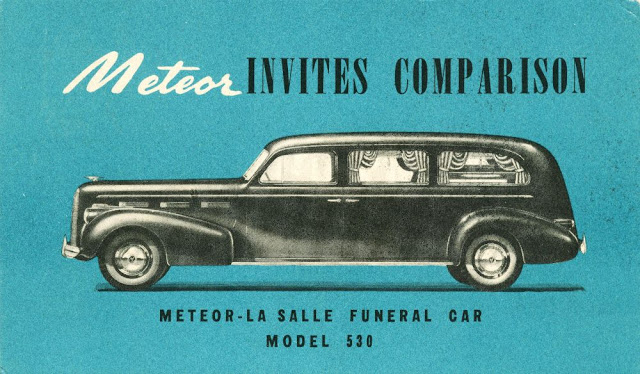 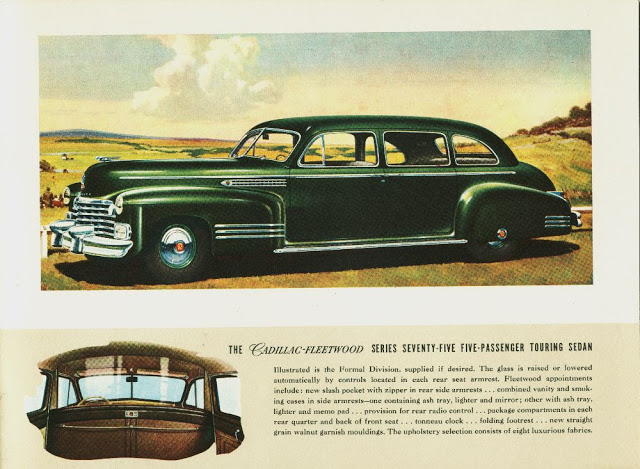 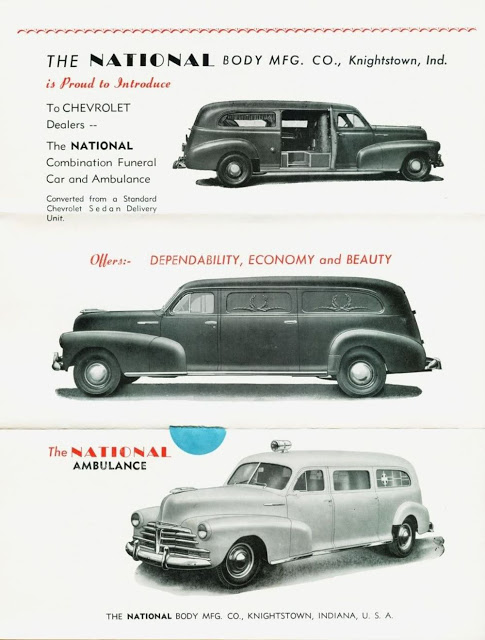 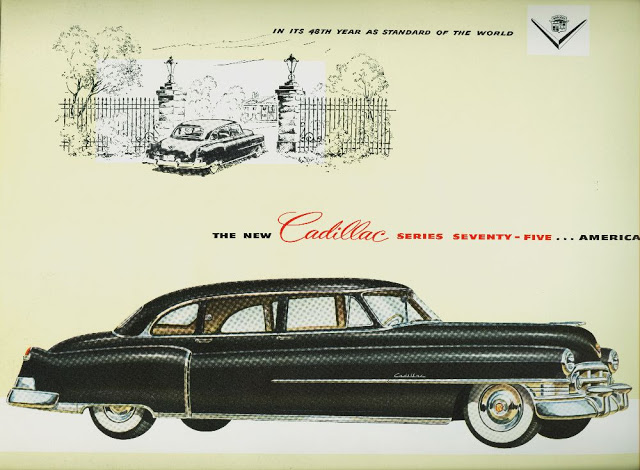 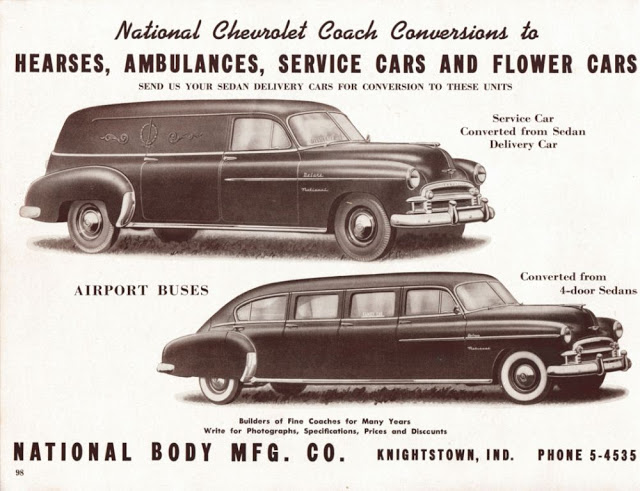 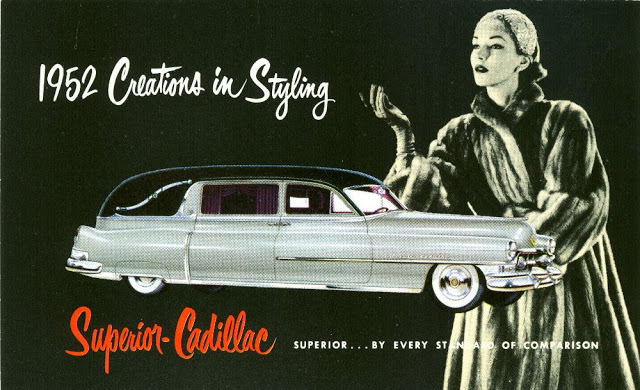 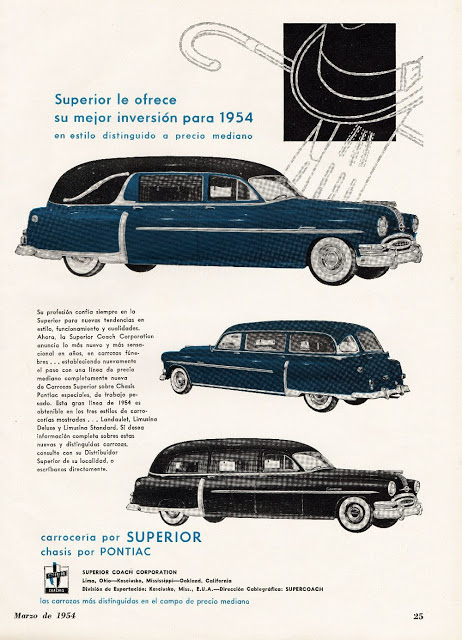 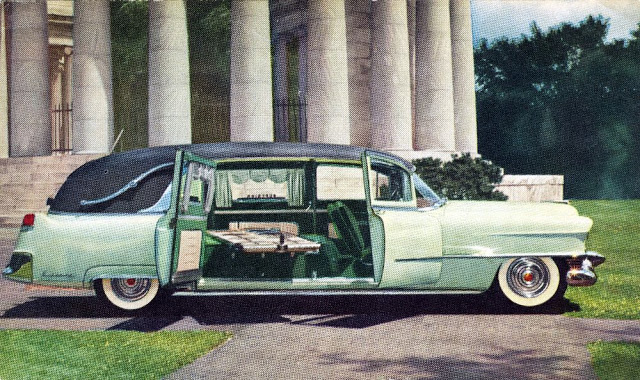 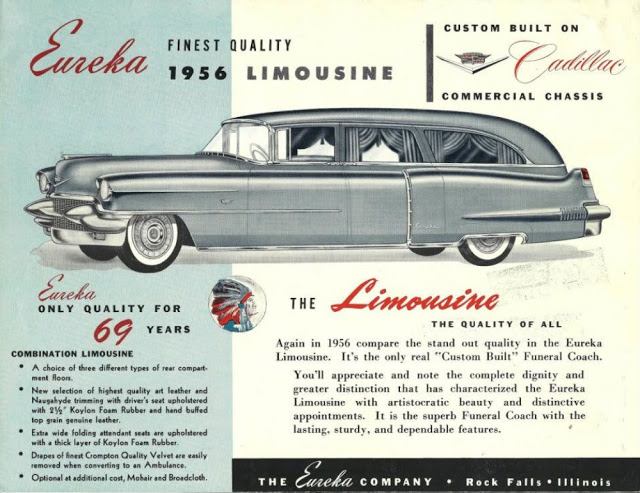 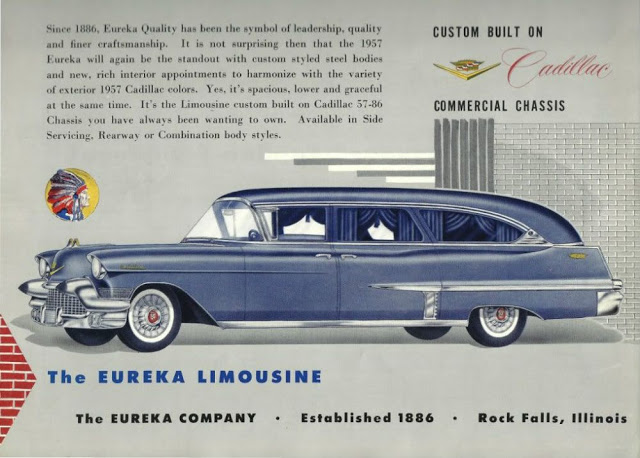 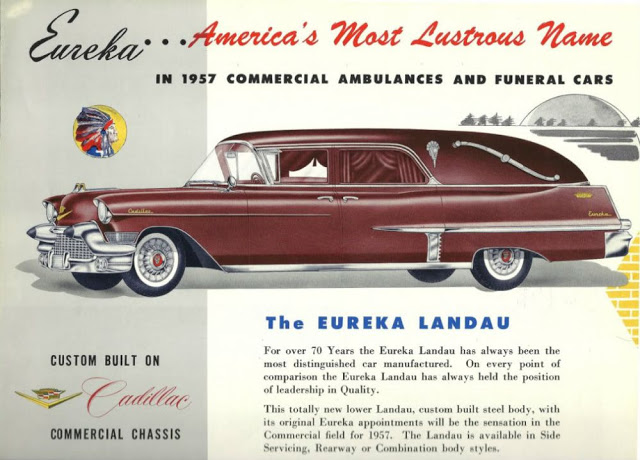 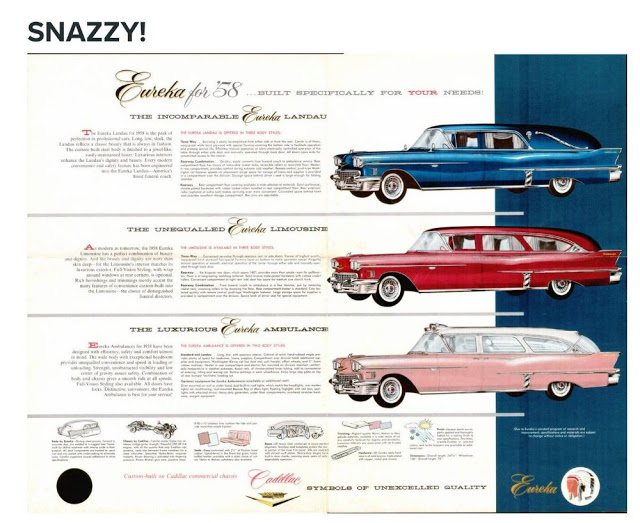 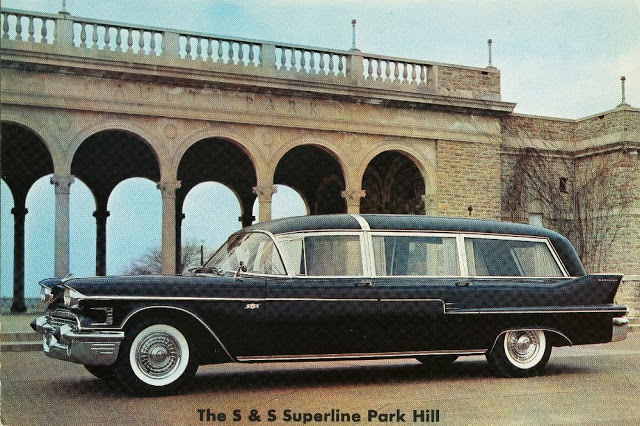 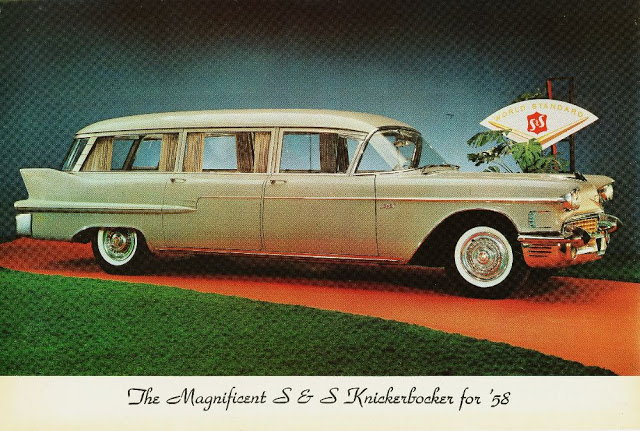 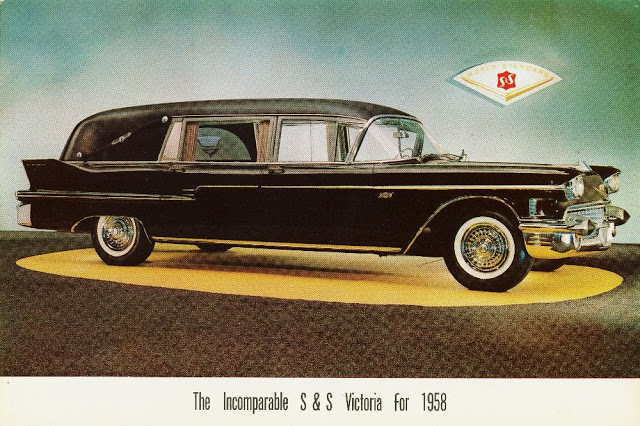 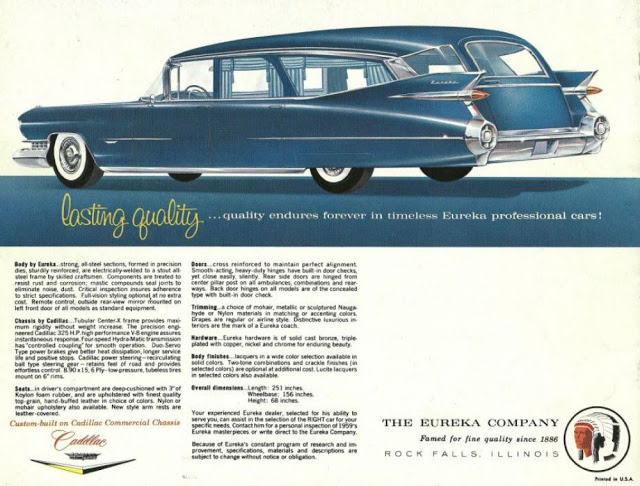 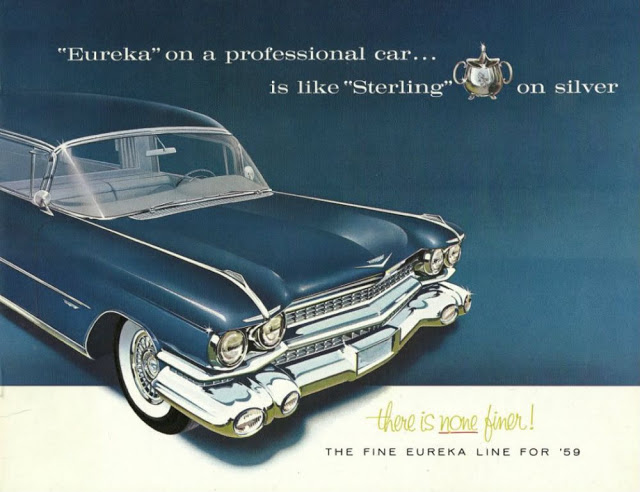 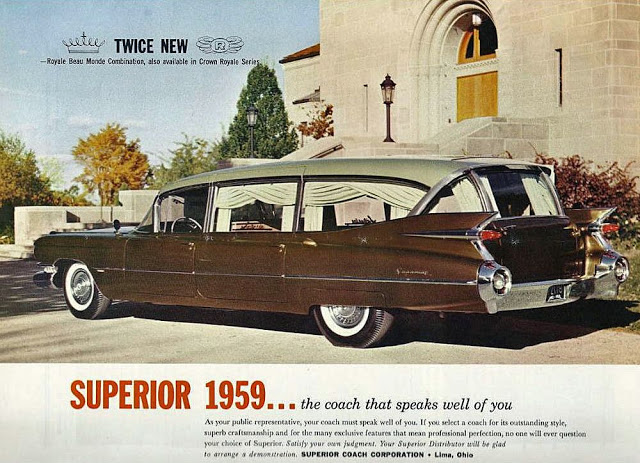 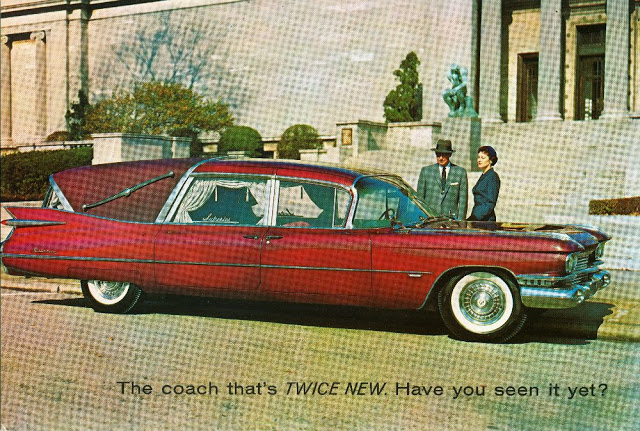 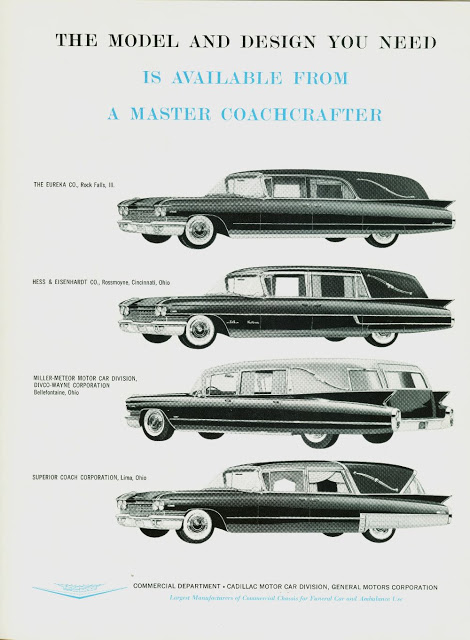 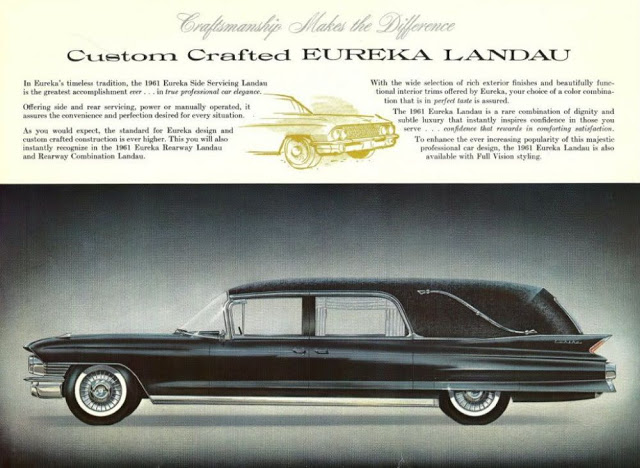 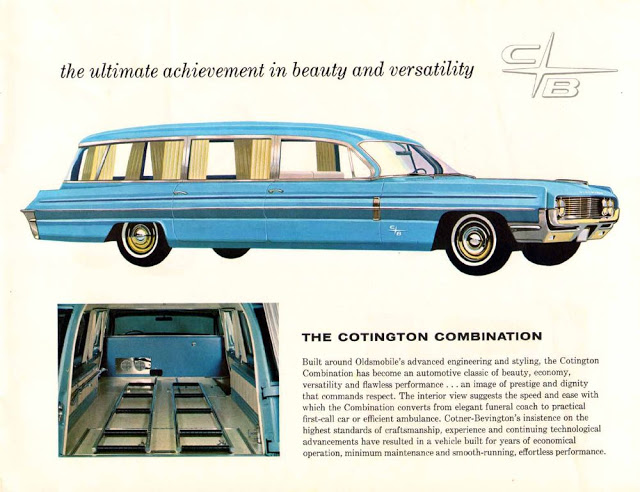 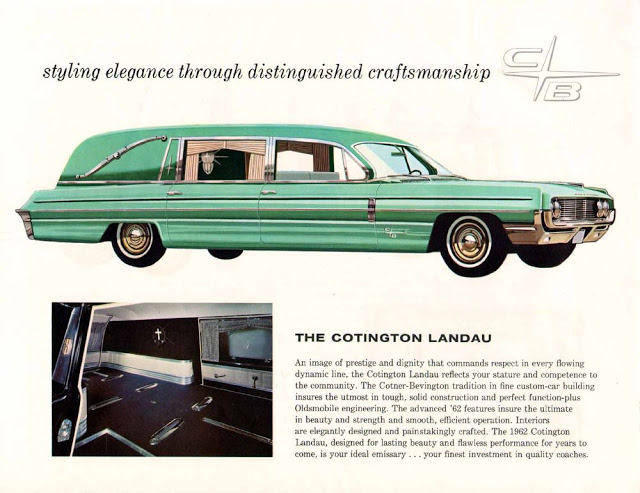 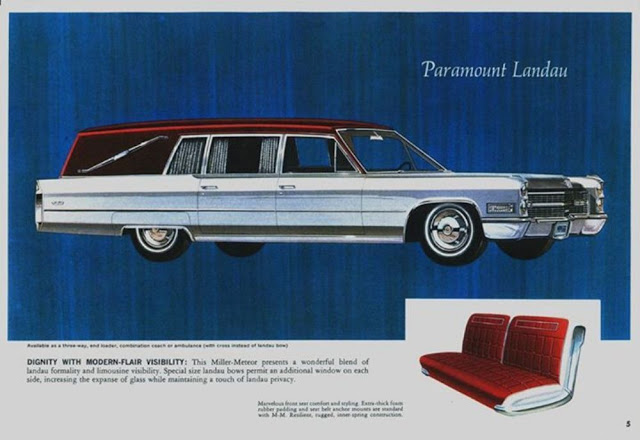 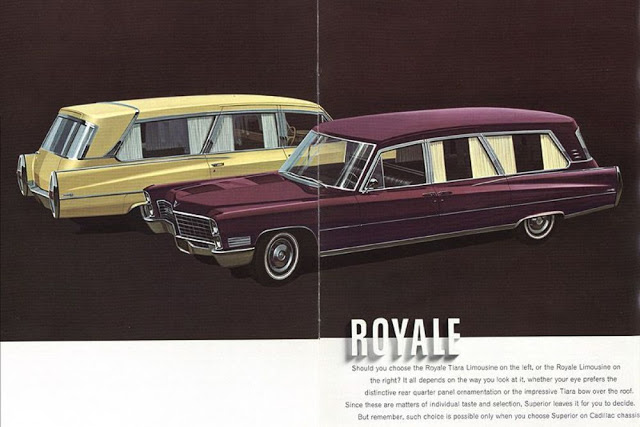 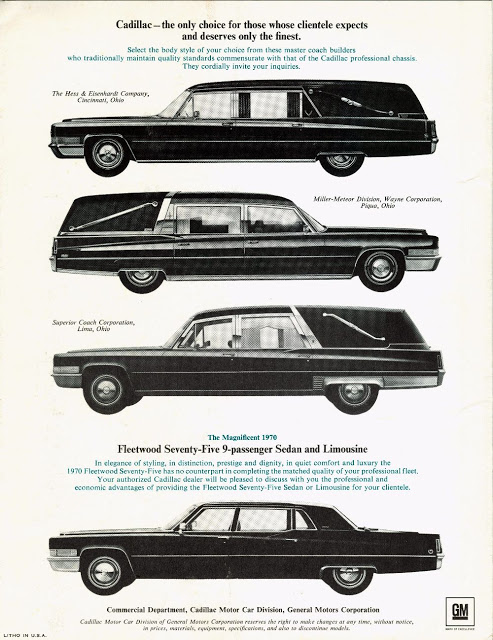 Posted by Yesterday Today at 11:15 AM