In the late 19th-century, tourists flocked to Southern California’s ostrich farms to gawk at the ungainly birds.

Ostriches arrived in Southern California in 1883 when an English naturalist named Charles Sketchley opened a farm devoted to the tall, flightless birds near Anaheim, in what is today Buena Park. Sketchley's investors, who included developer Gaylord Wilshire (of Wilshire Boulevard fame), organized as the California Ostrich Farming Company and contributed $80,000 to the enterprise.

The farm -- the first of its kind in the U.S. -- sought to capitalize on a trend in women's fashion that favored ostrich feathers for muffs, hats, and boas. Until 1883, only ostrich feathers shipped at great cost from the birds' native continent of Africa were available for these luxury accessories. Sketchley, who had previous experience managing ostrich farms in South Africa, envisioned fortunes built upon locally sourced ostrich feathers. 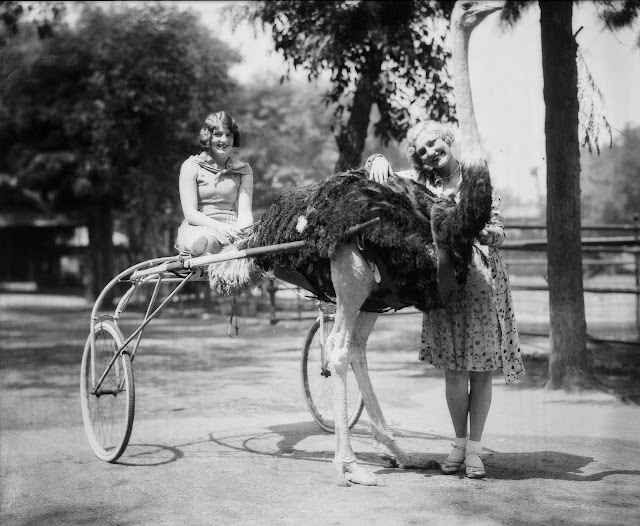 A photographer for the Dick Whittington studio captured this scene for the Southern California Fair Association in 1929. 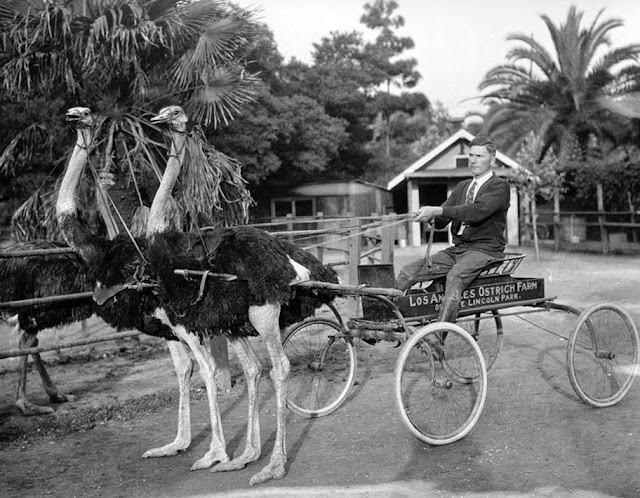 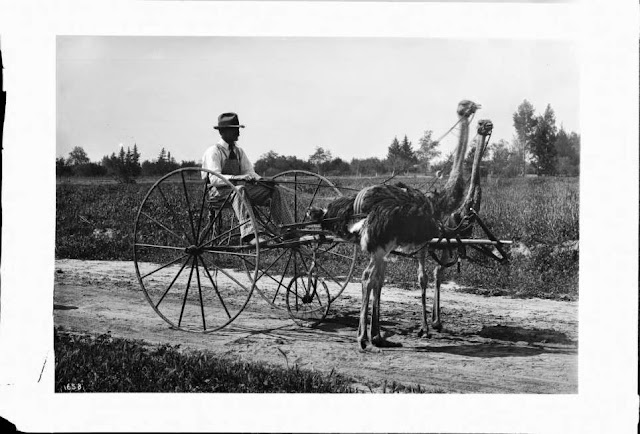 Man sitting in a racing carriage pulled by a team of two ostrichs, South Pasadena, 1903. 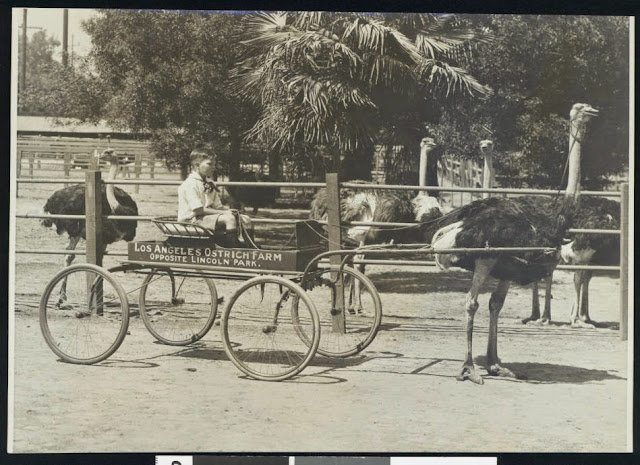 Ostrich from the Los Angeles Ostrich Farm pulling a cart, 1900. 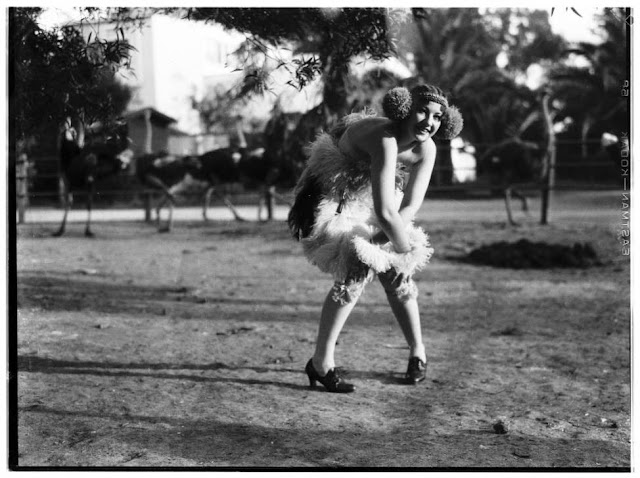 Woman in flapper's dress dancing at an ostrich farm in Lincoln Park. 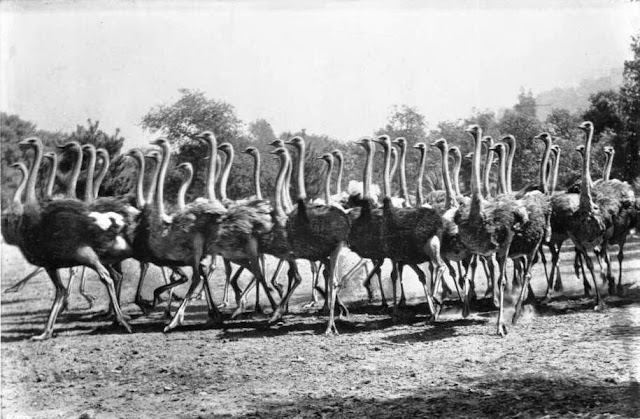 Herd or flock of racing ostriches on an ostrich farm in South Pasadena, 1903. 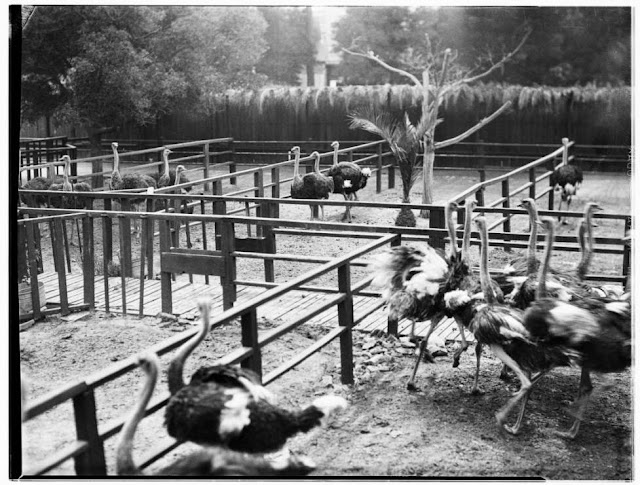 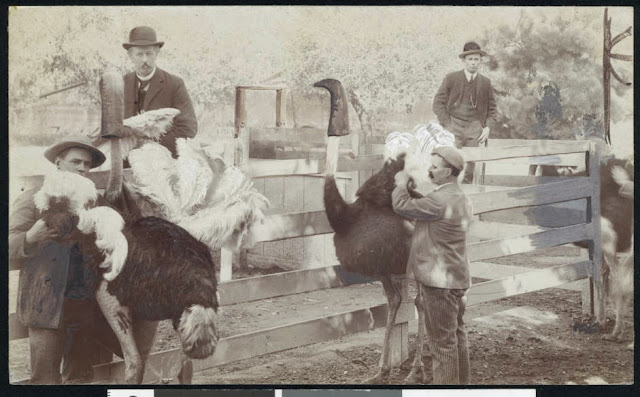 Men tending to ostriches at an Ostrich Farm in California, 1900. 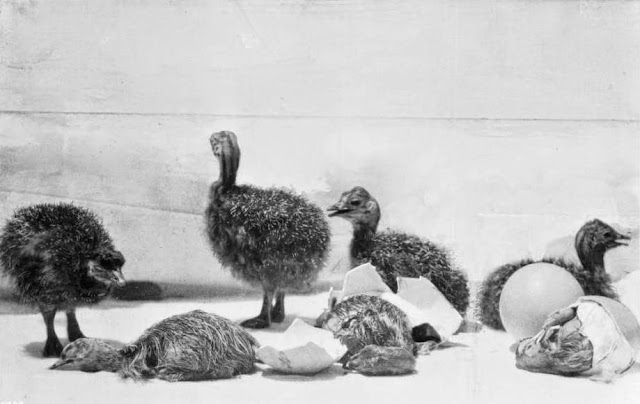 Group of baby ostriches hatching from their eggs, South Pasadena, 1900. 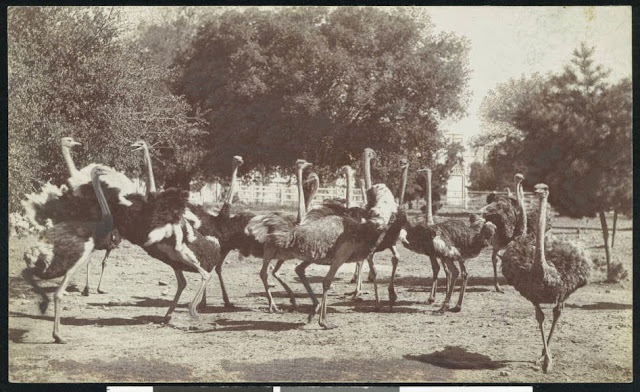 Ostriches at an Ostrich Farm in California, 1900. 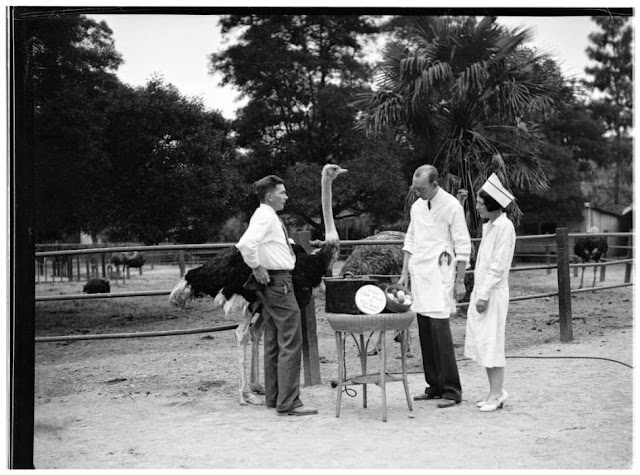 Doctor and nurse attending to an ostrich in Lincoln Park. 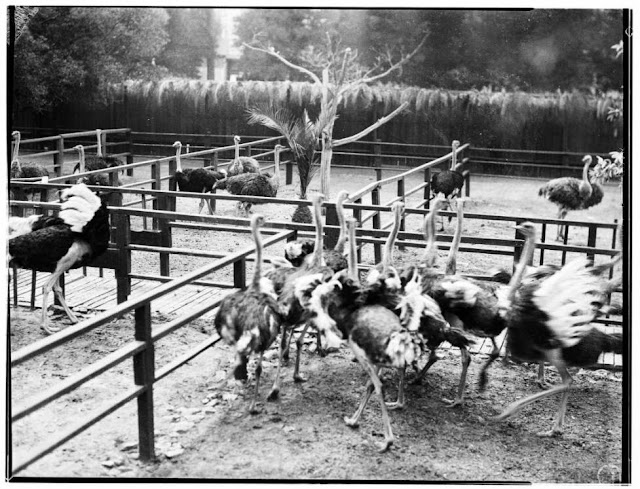 Ostriches in a corral at Lincoln Park. 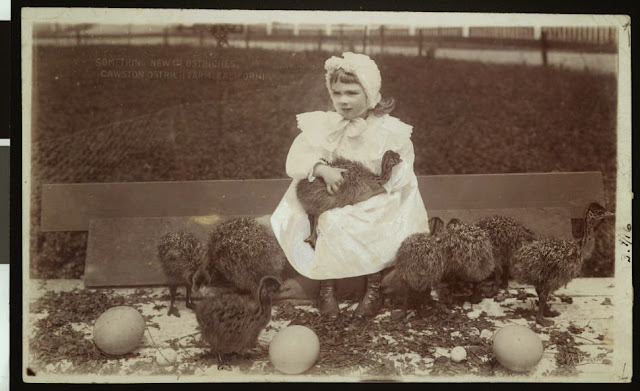 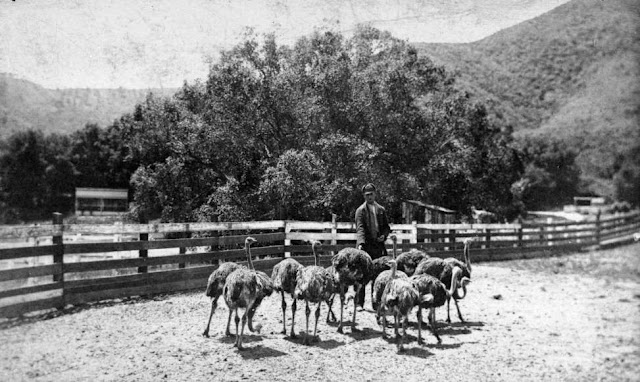 View of a man with a group ostriches at the Kenilworth Ostrich Farm, showing hills in the background, 1900. 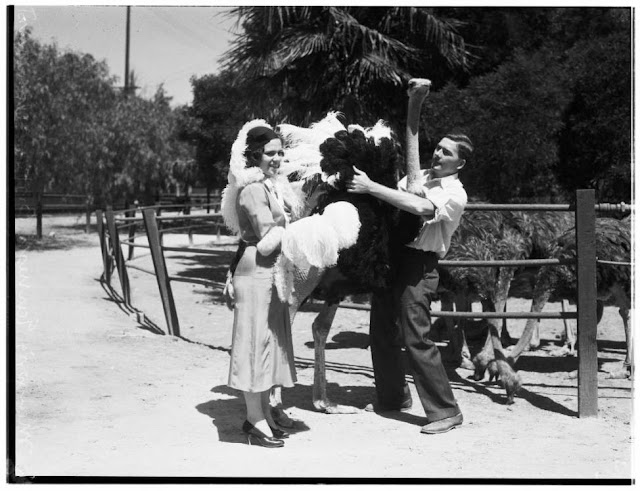 Man and a woman tending to an ostrich in Lincoln Park. 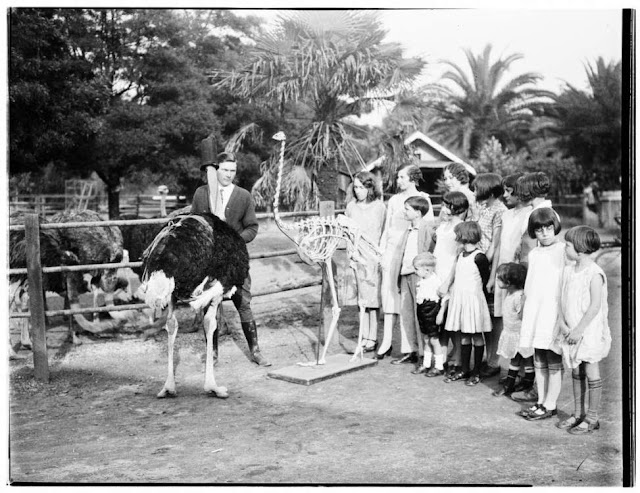 Man in Lincoln Park displaying an ostrich to onlooking children. 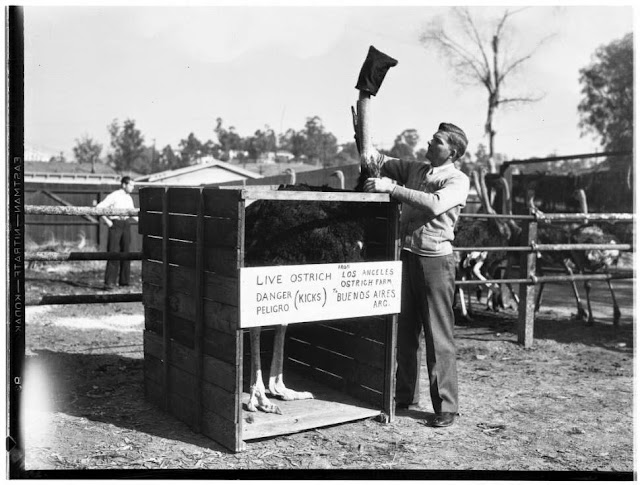 Man preparing an ostrich for transport in Lincoln Park. 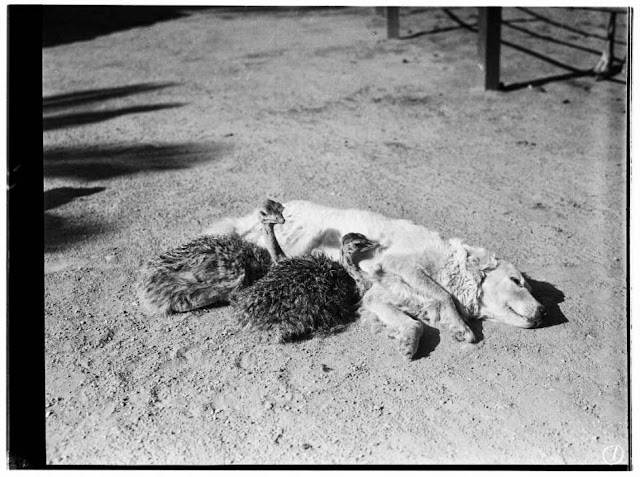 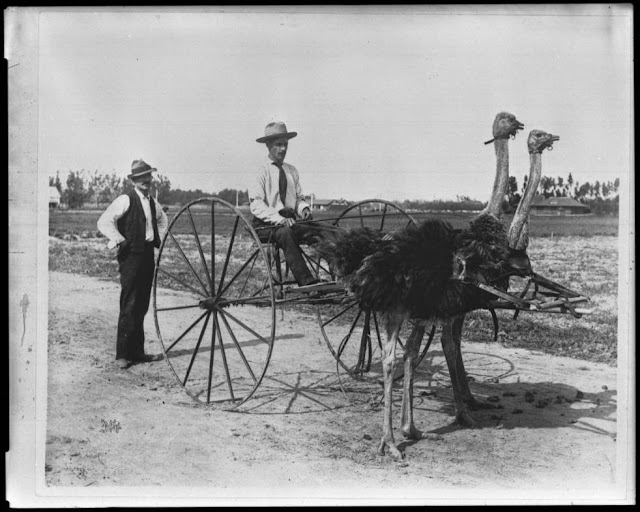 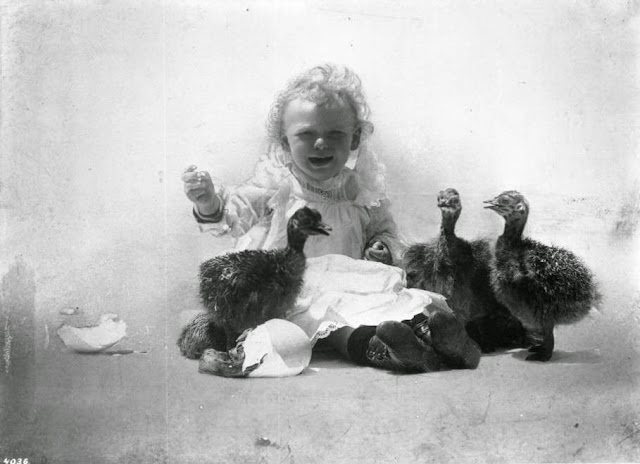 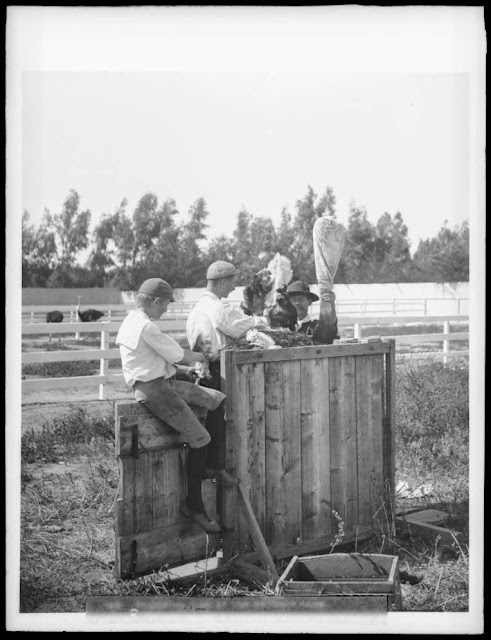 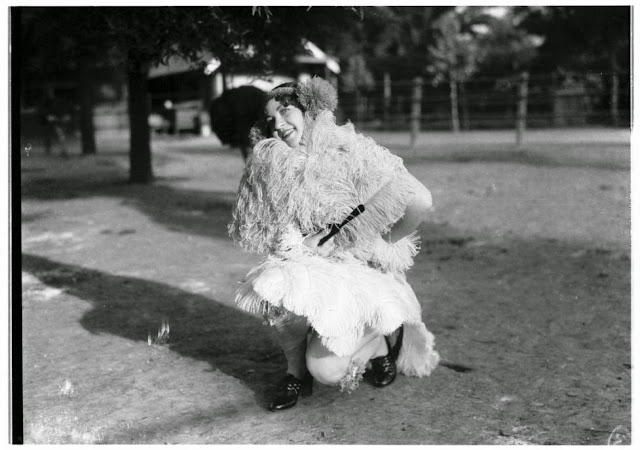 Woman in an ostrich-feather stole at an ostrich farm at Lincoln Park. 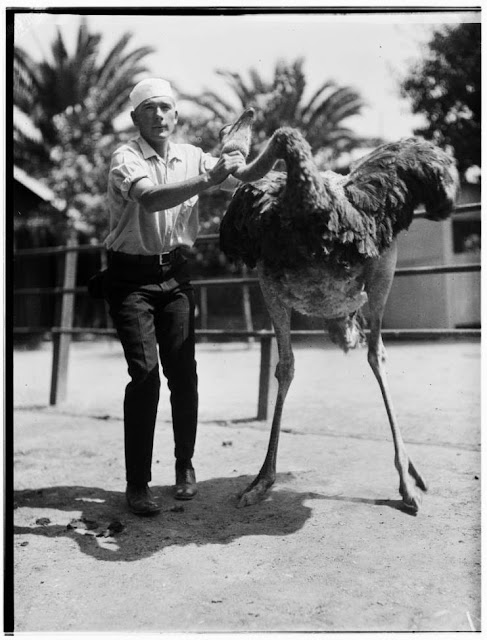 Man strangling an ostrich at a farm in Lincoln Park. 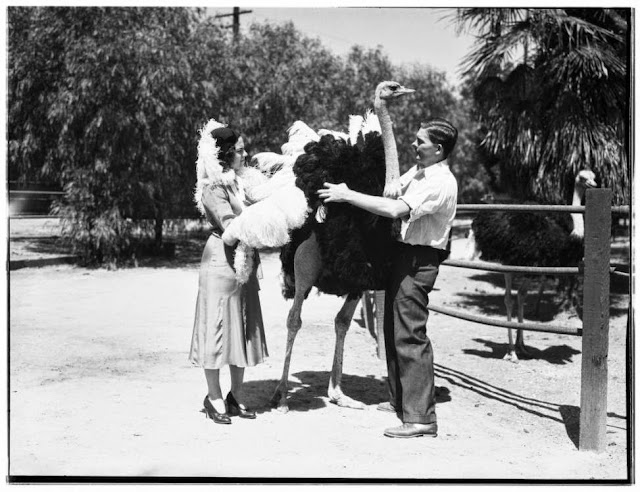 Man and a woman examining the wings of an ostrich. 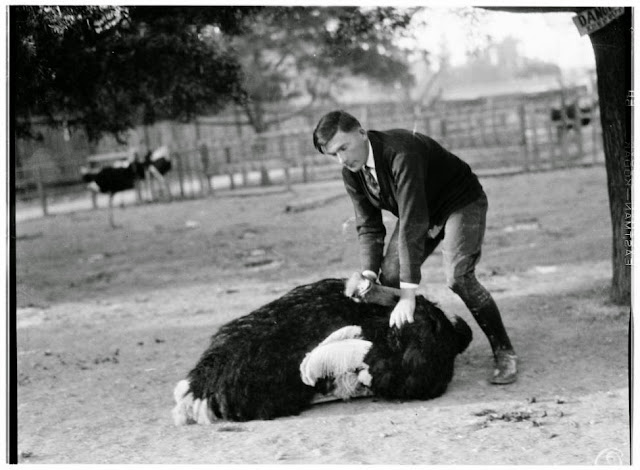 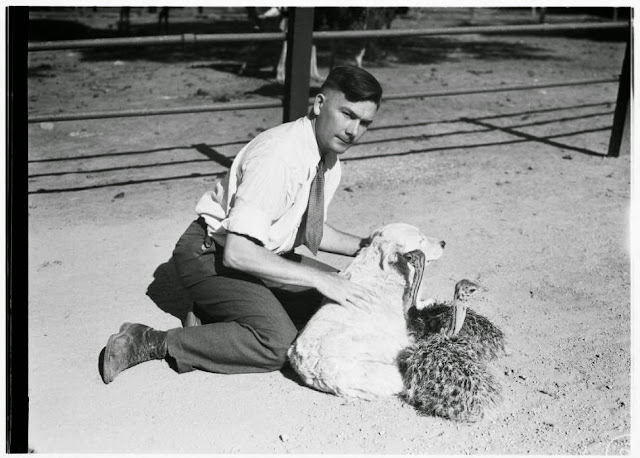 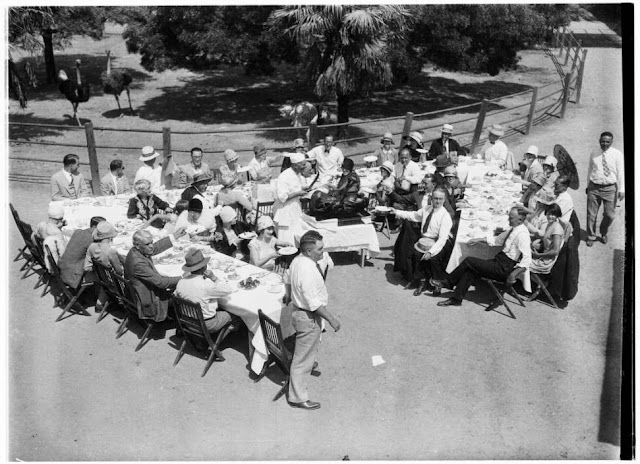 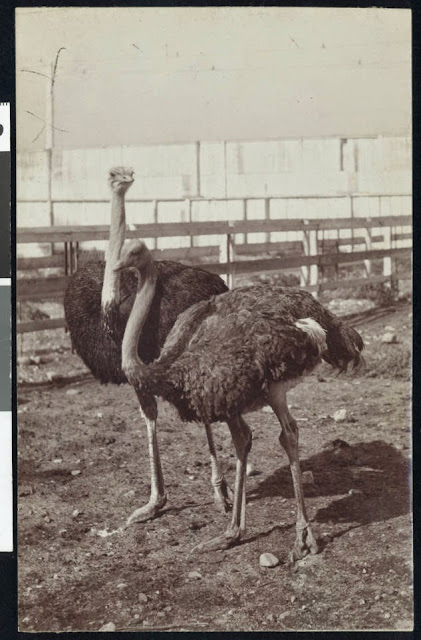 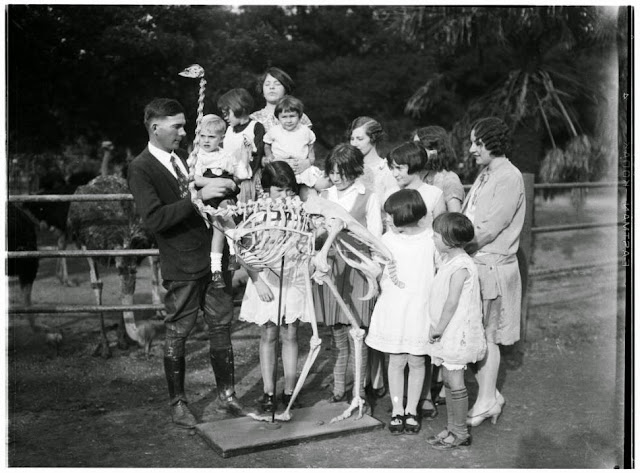 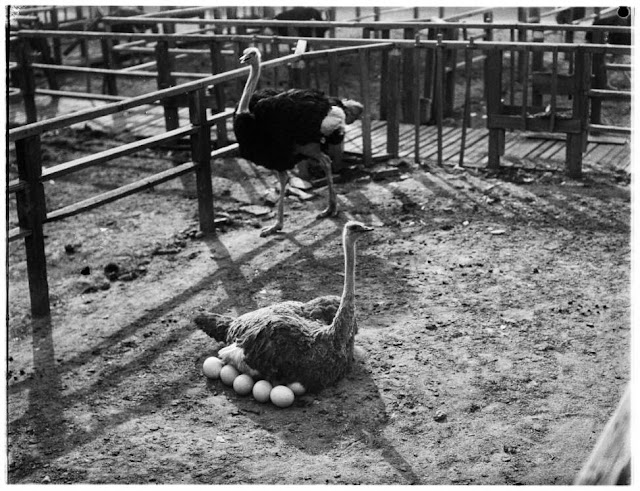