Cross section of the HMS Olympic, giving an idea of her tremendous size and capacity. This cross section appeared in the 14 August 1909 issue of The Illustrated London News, just six months or so after she was laid down. 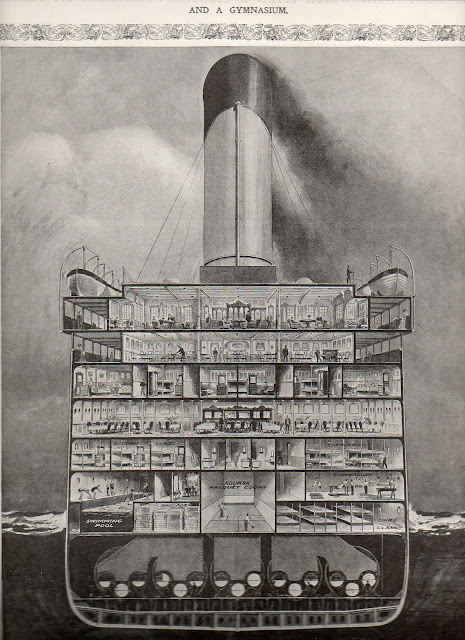 Unlike the other ships in the class, Olympic had a long career spanning 24 years from 1911 to 1935. This included service as a troopship during the First World War. She returned to civilian service after the war and served successfully as an ocean liner throughout the 1920s and into the first half of the 1930s, although increased competition, and the slump in trade during the Great Depression after 1930, made her operation increasingly unprofitable.

Olympic was the largest ocean liner in the world for two periods during 1911–13, interrupted only by the brief tenure of the slightly larger Titanic (which had the same dimensions but higher gross tonnage owing to revised interior configurations), before she was then surpassed by SS Imperator. Olympic also retained the title of the largest British-built liner until RMS Queen Mary was launched in 1934, interrupted only by the short careers of her slightly larger sister ships. 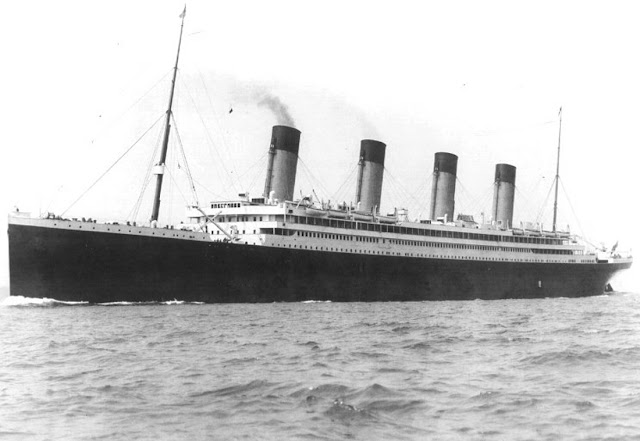 The Olympic was withdrawn from service and sold for scrap in 1935; demolition was completed in 1937. Decorative elements of Olympic were removed and sold at auction before she was scrapped, and now adorn buildings and a cruise ship.

Posted by Yesterday Today at 2:08 PM