The Soviet Dog Spacesuit From the 1960s

Made out of cotton, nylon, rubber and aluminium, this suit is believed to have been worn by Belka and Strelka, the first two dogs to return from space back in 1960. It was used for the USSR's Korabl-Sputnik 2 mission during the training phase, where the dogs strapped into capsules wearing the suits and launched 262,500 feet in the air before returning to the ground on parachutes. The training was meant to test the effects of low gravity and high-speed launches on the animals. 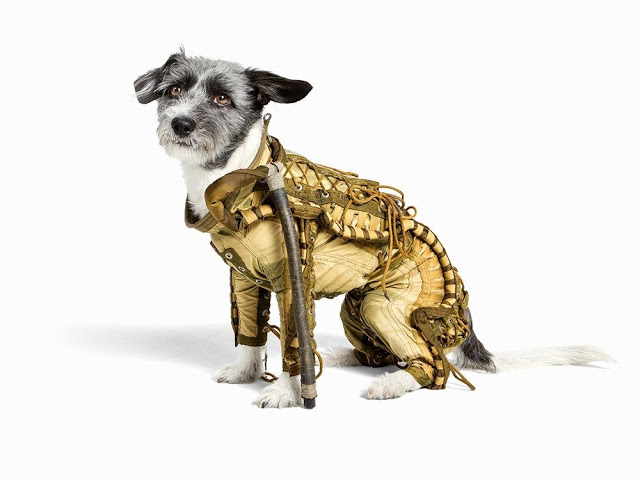 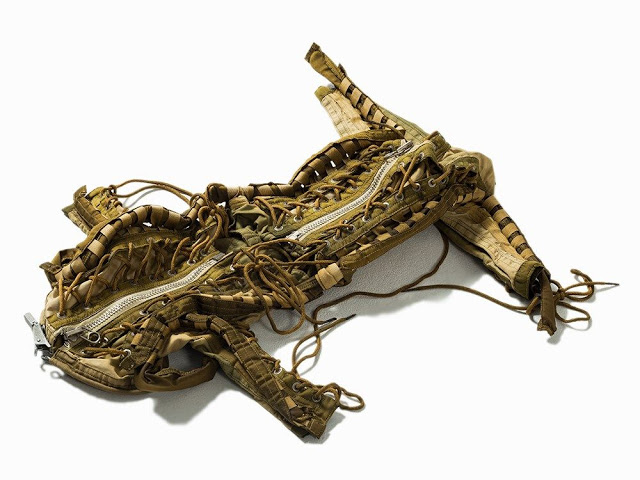 While the US used chimpanzees in their space race tests, Russian scientists chose dogs, because of their willingness to sit still for long periods. Some of the tests involved strapping dogs into capsules and launching them to a height of 80 kilometres. The capsules then returned to Earth by parachute.

The dog Laika became the first animal to orbit the Earth in 1957, dying from stress and overheating around 6 hours into the flight. Belka and Strelka were luckier: in 1960, they became the first dogs to return to Earth safely, having spent a day in space. 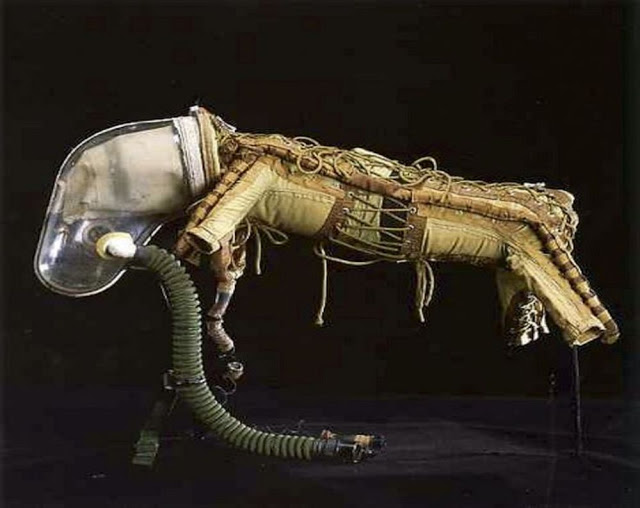 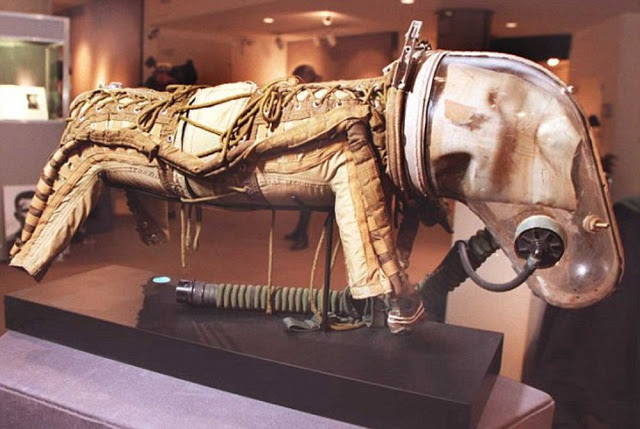 Strelka subsequently gave birth to six puppies, one of which was presented as a gift to John F. Kennedy’s family.

Posted by Yesterday Today at 10:06 AM