This devastating photograph from 1948 seems unreal. Surely people can’t sell their children in the United States, even in the 1940s? 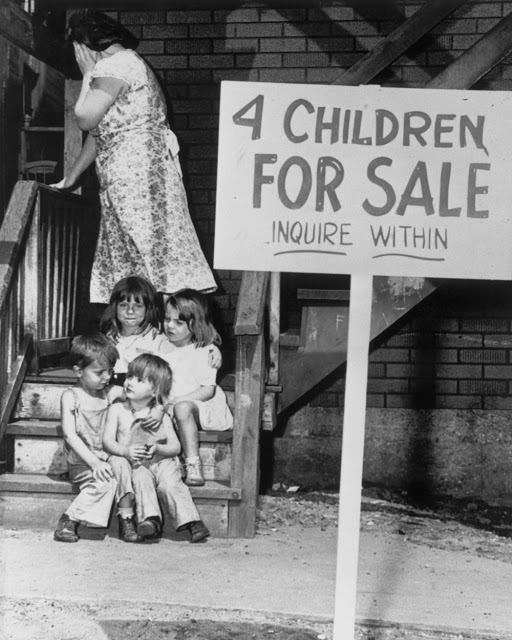 August 4, 1948 - Chicago, Illinois: They're on the auction block. These small children of Mr. and Mrs. Ray Chalifoux of Chicago, Illinois. For long months 40 year old Ray and his wife, Lucille, 24, waged a desperate but losing battle to keep food in the mouth and a roof over their heads. Now jobless and facing eviction from their near barren flat, the Chalifoux have surrendered to their heart breaking decision. Photo shows mother sobbing as the children pose wonderingly on the steps. Left to right: Lana, 6. Rae, 5. Milton, 4. Sue Ellen, 2 years old.

Family members accused the mother of being paid to stage the photo, which may have been part of the story, but unfortunately, she was dead serious about selling her children. Within two years all of the children pictures, as well as the baby she was carrying at the time, were sold off to different homes. Just a few years ago the scattered siblings tried to find each other, and their stories are of raw survival and heartbreak.

Before being picked up for national newspapers, the photo first appeared in The Vidette-Messenger of Valparaiso, Indiana on Aug. 5, 1948. The children looked posed and a bit confused as their pregnant mother hides her face from the photographer. The caption read:


“A big ‘For Sale’ sign in a Chicago yard mutely tells the tragic story of Mr. and Mrs. Ray Chalifoux, who face eviction from their apartment. With no place to turn, the jobless coal truck driver and his wife decide to sell their four children. Mrs. Lucille Chalifoux turns her head from camera above while her children stare wonderingly. On the top step are Lana, 6, and Rae, 5. Below are Milton, 4, and Sue Ellen, 2.”


“No one believes it,” Lance Gray said about his mother RaeAnn’s horrific and dramatic life story. In 2013 the then 70-year-old RaeAnn Mills reunited with her 67-year-old sister Sue Ellen Chalifoux for the first time since they were seven and four. By the time of their reunion Sue Ellen was dying of lung cancer but RaeAnn was grateful for the brief, bittersweet reunion. “It’s one of the happiest days of my life,” RaeAnn said of the trip she took with her son to visit Sue Ellen a few months before she passed away. Sue Ellen could no longer speak when they met, but she could write. “It’s fabulous. I love her,” she wrote of her sister RaeAnn, but minced no words about her birth mother: “She needs to be in hell burning.” 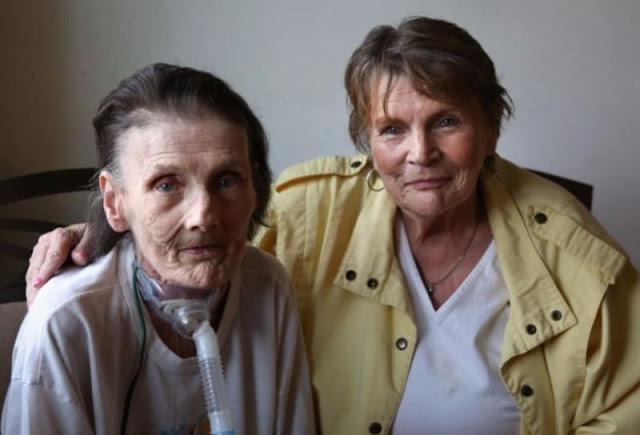 Sue Ellen, left, and her sister RaeAnn Mills were reunited at Chalifoux's home in Hammond.

David McDaniel, who was in his mother’s womb at the time of photograph, never got to meet Sue Ellen before she passed away, or their older sister Lana, who died before the siblings started reconnecting.

According to RaeAnn, she was sold for $2 to farmers John and Ruth Zoeteman on Aug. 27, 1950. Her brother Milton was crying nearby during the transaction, so the couple took him as well. Their names were changed to Beverly and Kenneth, and although their birth mother’s situation was dire, their new home wasn’t much of a salvation. They were often chained up in a barn and forced to work long hours in the field. Milton remembers being called a “slave” by his new father figure, a label he accepted at the time because he didn’t understand what it meant.

Although it seems that RaeAnn and Milton were never officially adopted by their abusers, their brother David (born Bedford Chalifoux) was legally adopted by Harry and Luella McDaniel, who only lived a few miles away. David, who says his adoptive parents were strict but loving and supportive, remembers riding out on his bike to see his siblings, and unchaining them before going back home. 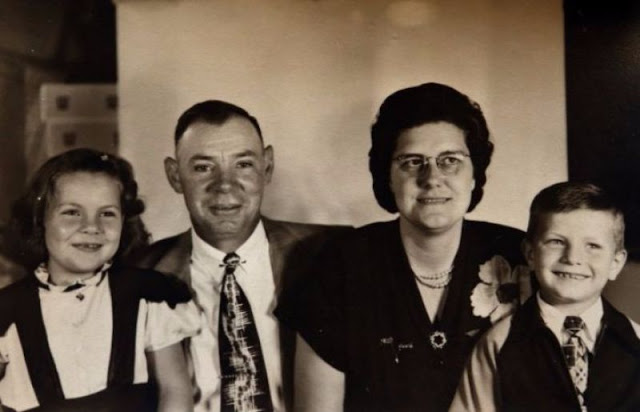 RaeAnn Mills, left, and her brother were sold to the Zoeteman family.

RaeAnn left home at 17, shortly after undergoing a brutally traumatic situation. As a young teen she was kidnapped and raped, which resulted in a pregnancy. She was sent away to a home for pregnant girls, and had her baby adopted when she returned.

As Milton grew older, he reacted to the beatings, starving, and other abuses with violent rages. A judge deemed him a menace to society, and de spent a number of years in a mental hospital after being forced to choose between that and a reformatory (a juvenile detention center.)

The woman in the photograph remarried after selling/giving away her five children, and had four more daughters. When her other children eventually came to see her, she’s described as completely lacking love for her estranged children, or having any regret for letting them go. 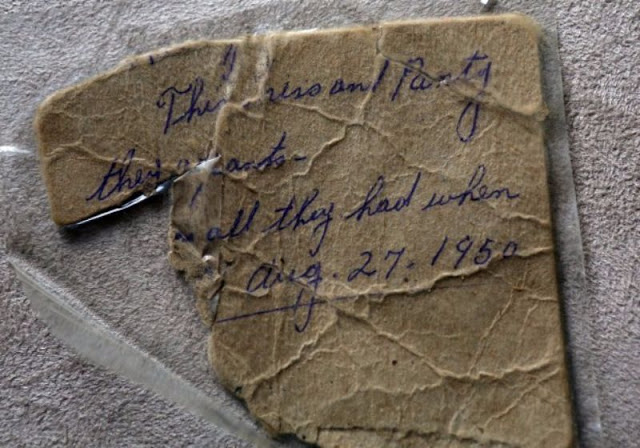 A note sent with RaeAnn Mills when she was sold that describes her belongings, which was only the clothes she was wearing.

David McDaniel defended his mother’s coldness as evidence of a different, hardscrabble world. “As soon as my mom seen me, she said, ‘You look just like your father,’” McDaniel said. “She never apologized. Back then, it was survival. Who are we to judge? We’re all human beings. We all make mistakes. She could’ve been thinking about the children. Didn’t want them to die.”

Milton had a different perspective on the situation: “My birth mother, she never did love me. She didn’t apologize for selling me. She hated me so much that she didn’t care.”