Only 517 Rolls-Royce Phantom Vs were manufactured. It was an ultra-exclusive car, weighing 2.5 tonnes with a 3.6-metre wheelbase and the same 6.2L V8 engine as the Rolls-Royce Silver Cloud II. The British Crown owned two of them, ridden by Queen Elizabeth II and the Queen Mother. However, even they are outshone by the car’s most famous owner: John Lennon of the Beatles. 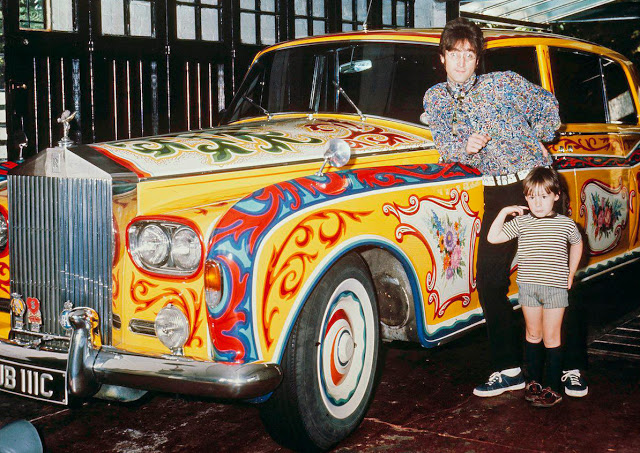 John Lennon bought a 1964 Mulliner Park Ward Phantom V, finished in Valentines black. Everything was black except for the radiator, even the wheels. Lennon asked for the radiator to be black as well but Rolls Royce refused.

Originally the car was customized from Park Ward with black leather upholstery, cocktail cabinet with fine wood trim, writing table, reading lamps, a seven-piece his-and-hers black-hide luggage set, and a Perdio portable television. A refrigeration system was put in the trunk and it was one of the first cars in England to have tinted windows. He probably paid 11,000 pounds (nearly $240,000 in today’s value). Lennon didn’t know how to drive and didn’t get his driver licence until 1965 at age 24. He sometimes used a six-foot-four Welsh guardsman named Les Anthony.

In December 1965, Lennon made a seven-page list of changes that cost more than 1900 pounds. The backseat could change into a double bed. A Philips Auto-Mignon AG2101 “floating” record player that prevented the needle from jumping as well as a Radio Telephone and a cassette tape deck. Speakers were mounted in the front wheel wells so that occupants could talk outside via microphone.

The car needed a new paint job after Lennon used it in Spain during his filming in Richard Lester’s How I Won the War. Lennon commissioned a custom paint job from private coach makers J.P. Fallon Ltd. in the style of a Romany gypsy wagon. Artist Steve Weaver painted the red, orange, green and blue swirls, floral side panels and a Libra on the roof. Lennon was in a 60s mood and wanted to make a statement to the English establishment. He loved telling a story about an elderly woman who hit the car with her umbrella.

The Phantom V was used regularly by Lennon until 1969 (who also owned an all-white Phantom V to match his later White Album period). The car was shipped to the USA in 1970 when Lennon moved there and was loaned out to other rock stars around such as The Rolling Stones, Bob Dylan and The Moody Blues.

In 1977 Lennon donated the Phantom V to the Cooper-Hewitt Museum at the Smithsonian Institute to cover an IRS problem. The Cooper-Hewitt sold the car in 1985 for $2,299,000 to a Canadian businessman and since 1993 it has been in the Royal British Columbia Museum in Canada. 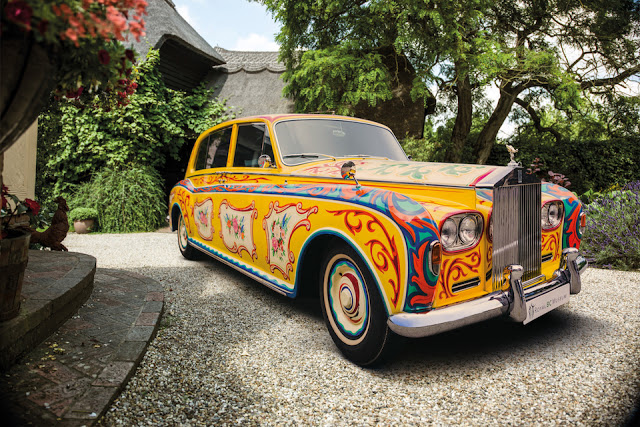 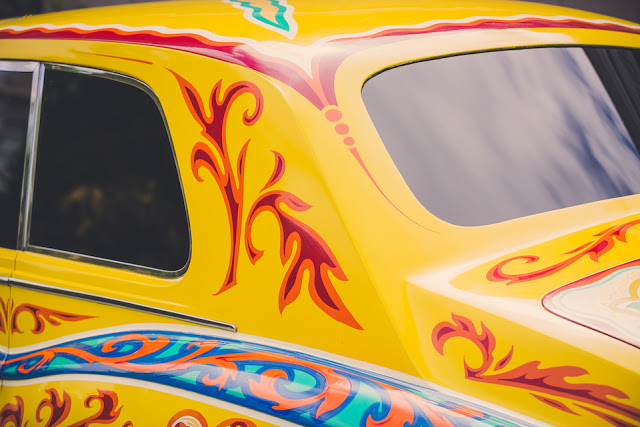 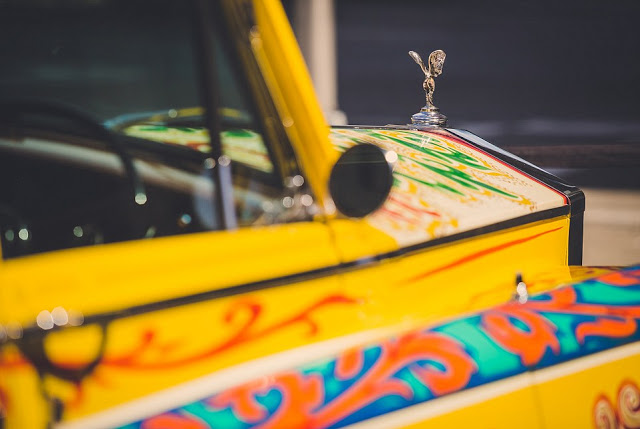 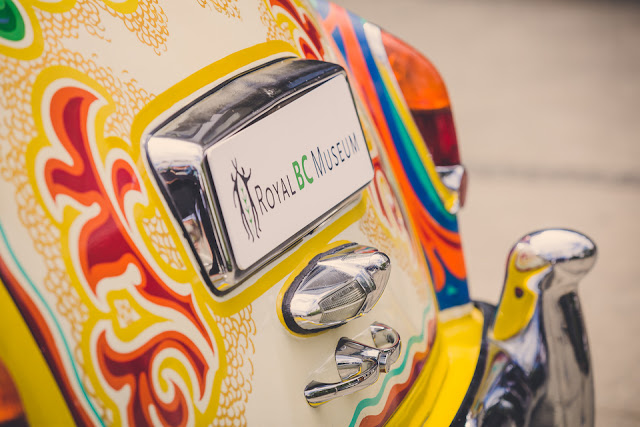 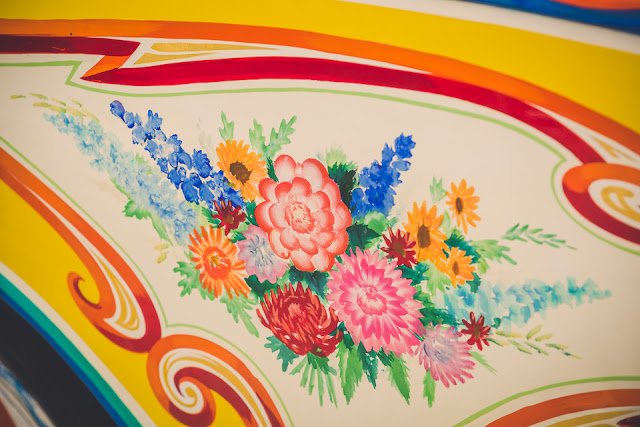 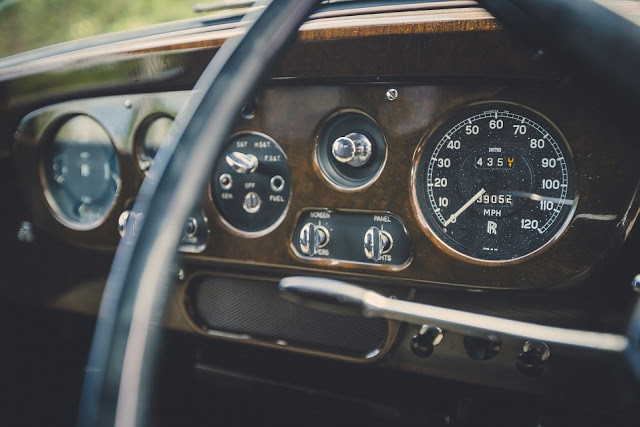 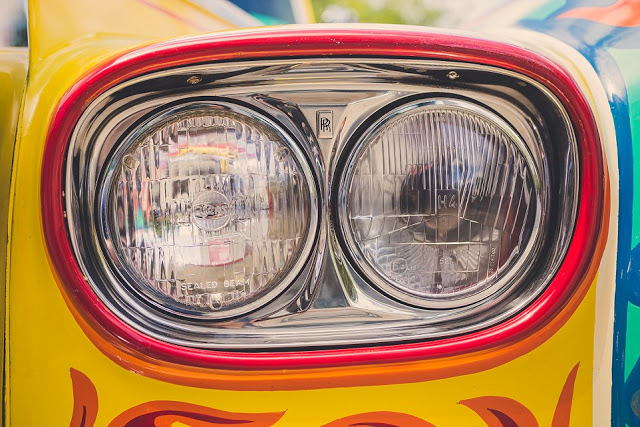 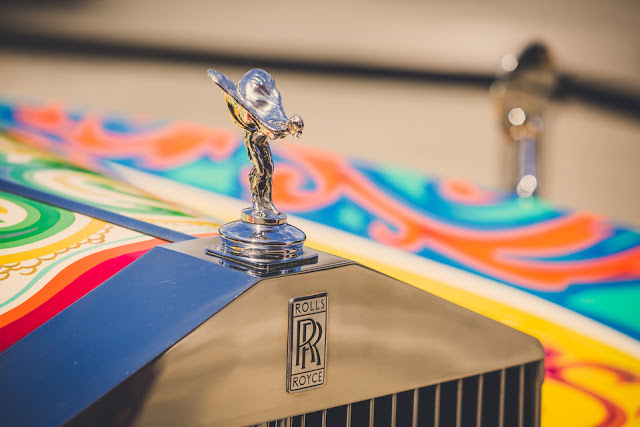 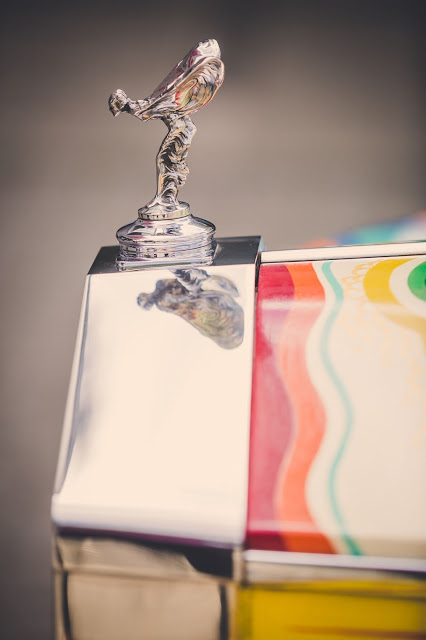 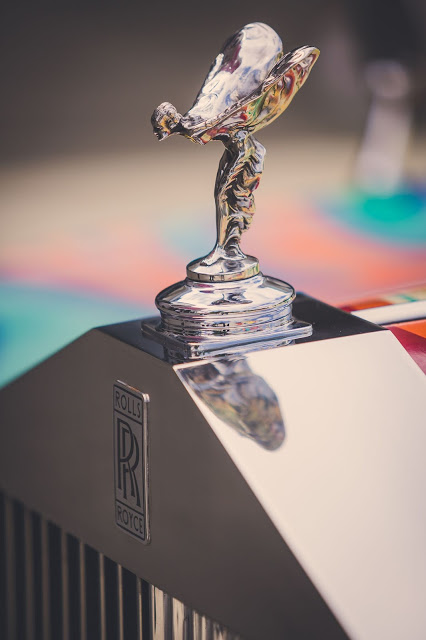 Posted by Yesterday Today at 9:14 AM