10 Women Behind the Worst Men in History

There's an old saying that goes: "Behind every great man, there's an even better woman." This statement, however, also rings true for bad men.

From Adolf Hitler's long-term companion Eva Braun, to other so-called "dictator wives," each of the ladies on this list either willingly or unwittingly spent their lives with very bad guys. Take a look at the women behind the worst men in history. 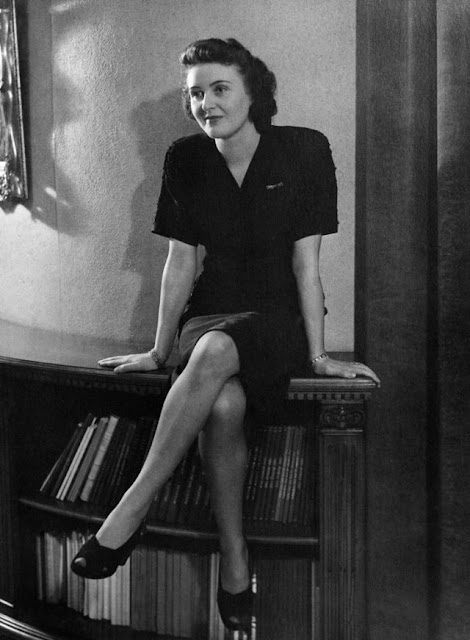 Eva Braun began seeing Adolf Hitler in 1929, when she was 19 years old. At 42, he was 23 years her senior. During their 16-year relationship, Braun would attempt suicide on two occasions, though most believe these attempts were not to escape Hitler, but rather to get his attention and bring him closer to her. Reportedly, while the couple were quite close, Hitler did not like Braun appearing in public because he believed being seen in a relationship would diminish his sex appeal to women.

In 1945, as Allied forces zeroed in on his bunker in Berlin, Braun and Hitler were married, then sealed themselves in a room and committed suicide together. 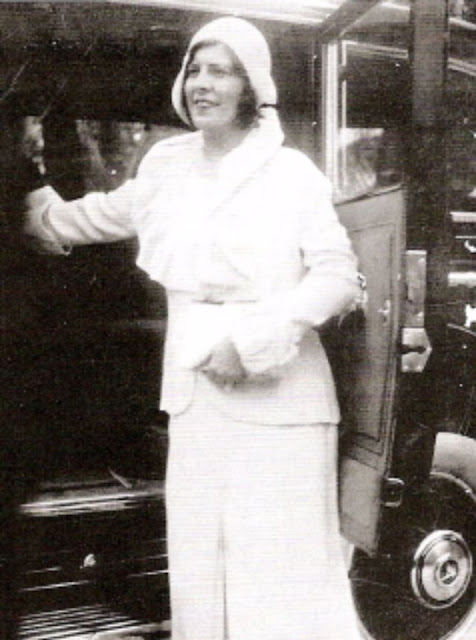 While infamous Chicago mobster Al Capone, who is largely considered to be the mastermind behind the St. Valentine's Day Massacre, was a ruthless and feared criminal, his wife Mae lived a fairly quiet, normal life. She reportedly married Capone three weeks after the birth of their child, Sonny Capone. Apart from this scandal, however,Mae was known as a doting wife and mother, attending church with her family, and dutifully visiting her husband while he served out the remainder of his years in Alcatraz. Marcella Lentz-Pope plays Mae on the HBO series Boardwalk Empire, where she is portrayed as being ?mostly oblivious? to her husband's criminal activities. 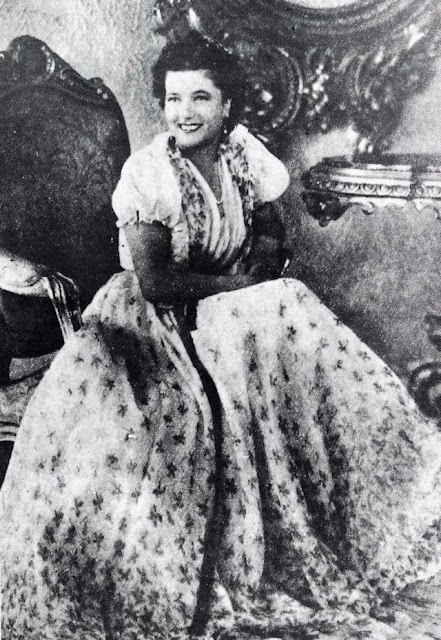 Although Italian Prime Minister Benito Mussolini had many wives and mistresses, as well as a reputation for sleeping with female journalists, only one woman was killed alongside him by members of the Italian resistance in 1945. That was Clara ("Claretta") Petacci, daughter of the Pope's doctor and long-time other woman to Mussolini. After the two were executed by gunshot, their bodies were strung up at a petrol station in Milan, Italy, after which a large crowd gathered around and took out their anger on the bodies. 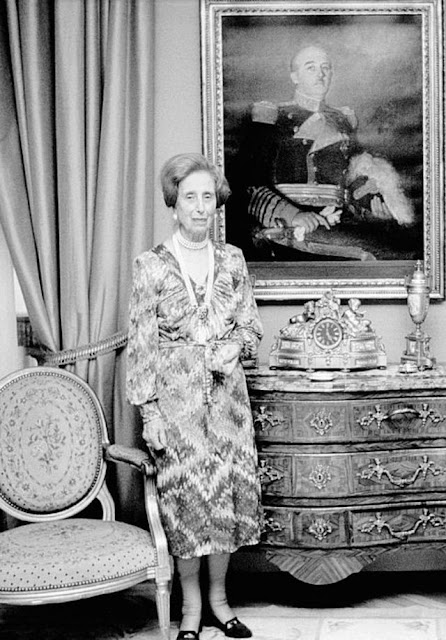 María del Carmen Polo y Martínez-Valdés, wife of long-time Spanish Military Dictator Francisco Franco, was essential to his regime, which disappeared tens of thousands of his political opponents, was an essential part of his rule. She almost never let him travel without her and stood alongside him in even his most insidious decisions. Even after his death, she continued to receive a large public pension. 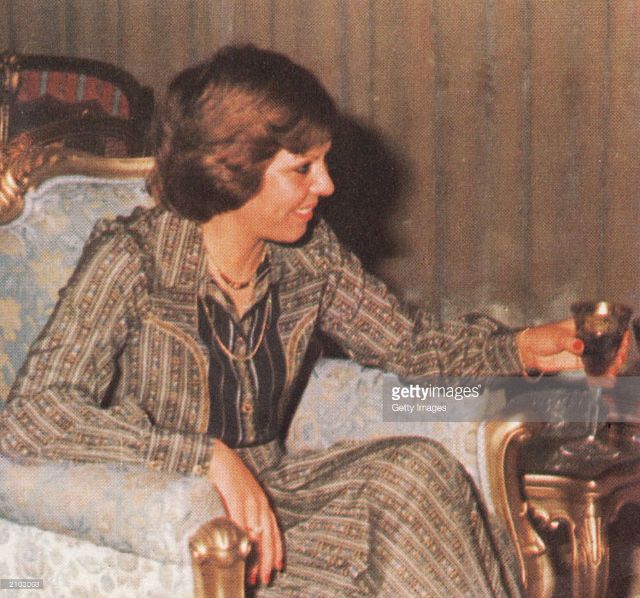 Sajida Talfah was the wife of former Iraqi dictator Saddam Hussein. She was also his biological cousin, and her marriage to Hussein was arranged between their families in 1963. After fifty years of marriage, in 1986 Hussein took another bride, Samira Shahbandar, though he also remained married to Talfah. This enraged both Hussein's first wife and their son, Uday Hussein.

Two years later, in 1988, Uday stabbed and killed his father's bodyguard, Kamel Hana Gegeo, believing this man to have been responsible for introducing Hussein to Shabandar. Some speculate this murder was at the request of Talfah.

Following the US invasion of Iraq in 2003, and Hussein's subsequent execution in 2006, it is believed Talfah fled to Qatar, where she lives in relative isolation. 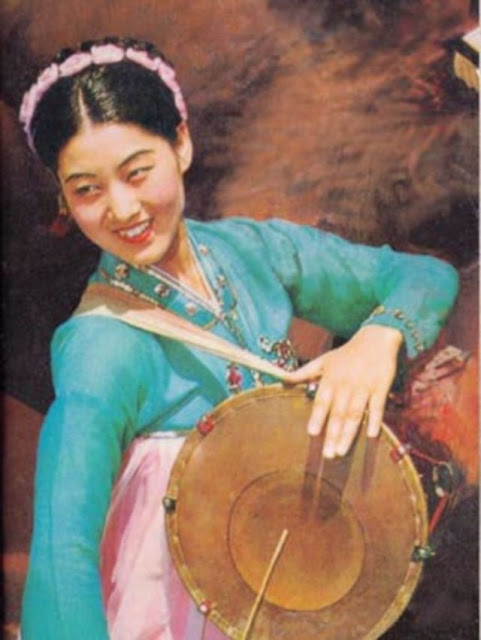 Because of a supposed "lowly" status in North Korean society, little is known about Ko Young Hee (also spelled Ko Young-hui), the wife of Kim Jong-il and mother of the North Korea's current leader, Kim Jong-un. Despite the secrecy surrounding her identity, it is believed she held a great influence over her dictator husband, often advising him on political matters. Ko Young Hee died in 2004 of complications related to breast cancer. 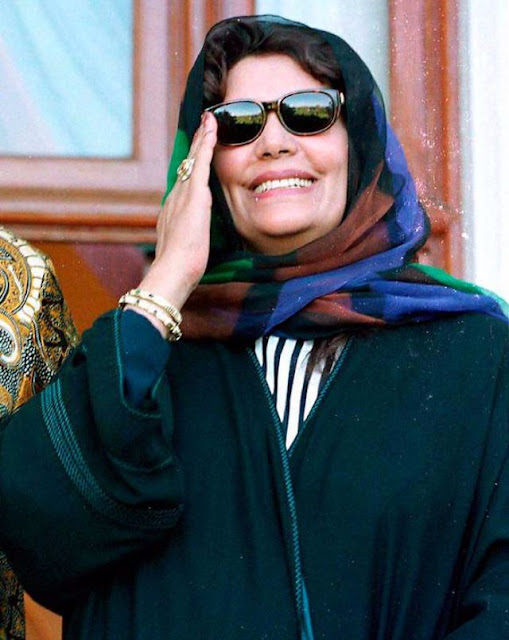 Safia Farkash was the long-time wife of extremist Libya leader Muammar Gaddafi and mother to seven of his eight children. She reportedly met Gaddafi sometime around 1970 while working as a nurse; she treated Gaddafi while he recovered from an appendicitis. While Farkash lived a mostly quiet life away from the public eye during Gaddafi's rule, after his assassination she became an outspoken proponent for investigations into her husband's death. 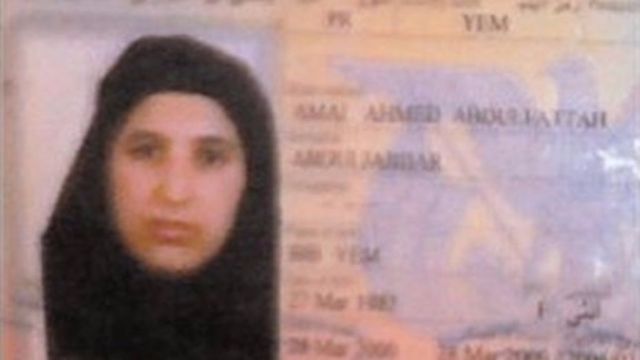 While Amal al-Sadah was not Osama bin Laden's only wife, she is thought to have been the terrorist mastermind's favorite. She allegedly stood by bin Laden during the September 11, 2001, attacks, all the way up to his death in 2012. Al-Sadah was apparently herself wounded in the leg by SEALS during the raid that ultimately claimed bin Laden's life. It is said she is currently residing somewhere in Pakistan, where she is kept mostly in confinement due to her declining health. 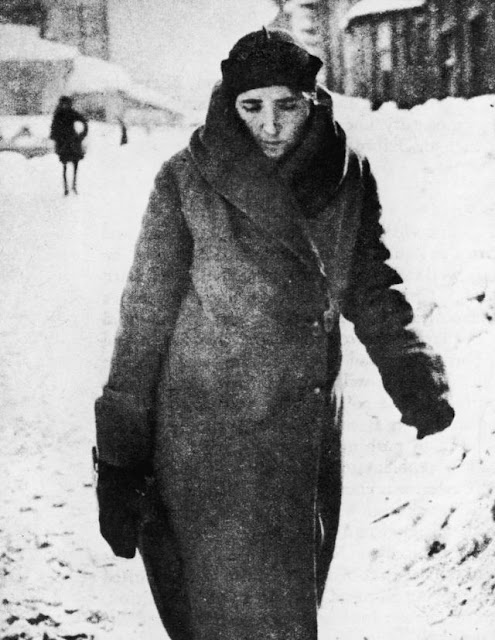 Nadezhda Alliluyeva first met Joseph Stalin in when she was ten years old, while her father, Sergei Alliluyev, sheltered the future Soviet leader after escaping Siberian exile. She and Stalin wed in 1919, when she was 18 years old and he was 42. Their marriage was apparently quite tense, as the couple argued constantly. Alliluyeva also suffered from serious mental problems, which ultimately led to her suicide in 1932.

Khieu Ponnary was one quarter of the "Cambodian Gang of Four" (which references a prominent Chinese Communist group). The other members were Ponnary's sister Khieu Thirith, her husband Ieng Sary, and Ponnary's husband Saloth Sar, who was later known as Pol Pot. Ponnary's involvement with her husband's regime following his seizing of control of Cambodia in 1975 is unclear, though she did hold a few key political roles during this time.

By 1978, however, Ponnary became gripped by paranoia related to schizophrenia, leading Pol Pot to divorce her and marry another woman. Not long after this, Pol Pot retreated into the jungle and lived out his remaining years under house arrest.

In 1996, Ponnary, her sister, and her brother-in-law were granted amnesty from prosecution by the Cambodian government. She was cared for by Thirith and leng Sary until her death in 2003.

(via Ranker)
Posted by Yesterday Today at 9:09 AM