By the late 1930s, Harlem was a bustling cultural center, home to two thirds of New York City’s African-American population. The Harlem Renaissance, a robust period of literary and artistic expression, had helped put the neighborhood on the map, and a walk through its streets revealed stately houses of worship like the Abyssinian Baptist Church, a thriving music scene centered around the newly-minted Apollo Theater and esteemed institutions like the Amsterdam News.

But as much as energy poured from behind those establishments’ doors, life was just as vibrant, if not more so, on the streets directly outside them—and that is exactly where photographer Hansel Mieth took her camera while on assignment for LIFE magazine in 1938. 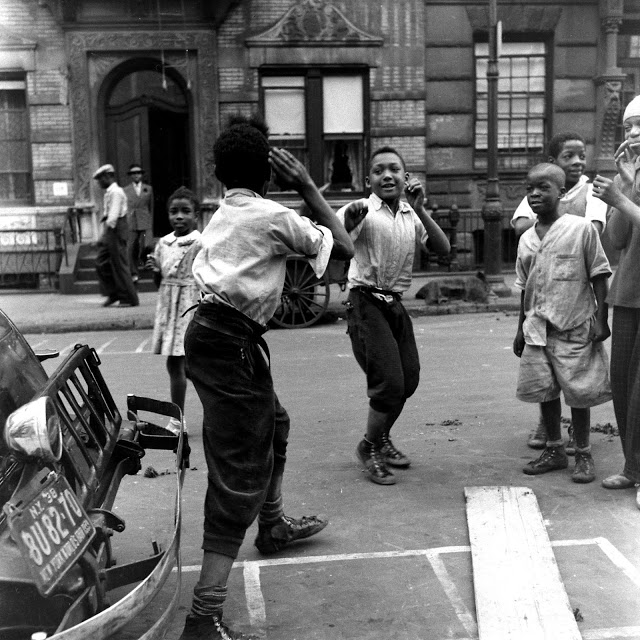 Two boys play-fight while other children look on, Harlem, 1938. 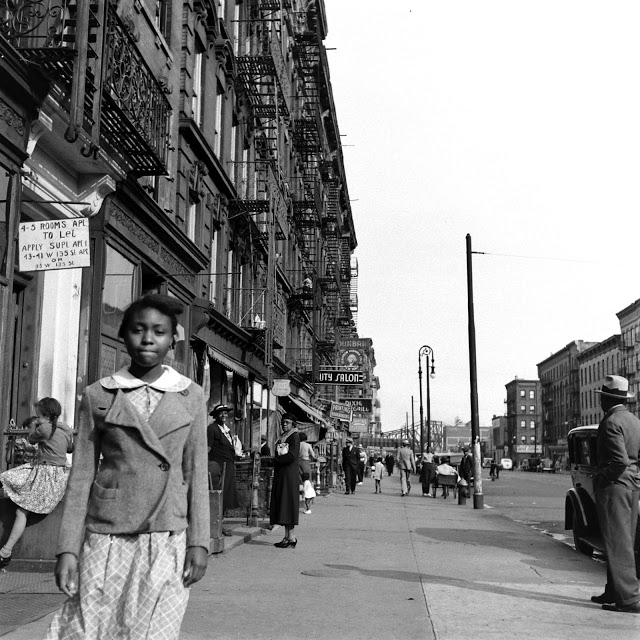 A young girl walks down the street in Harlem, 1938. 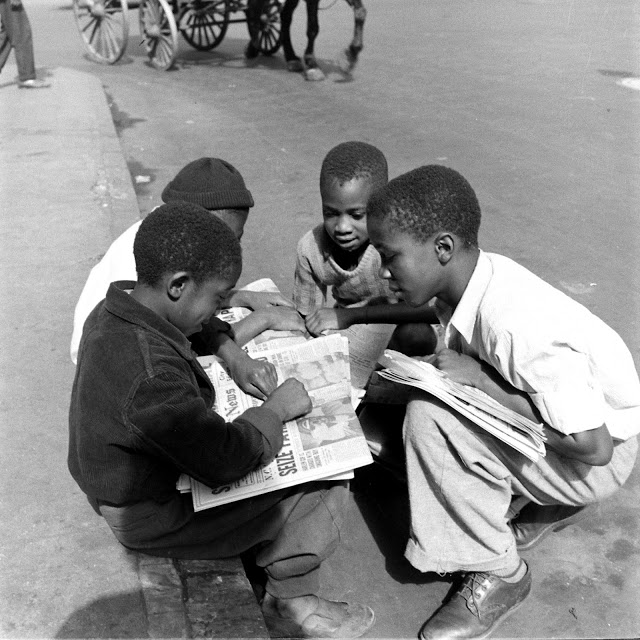 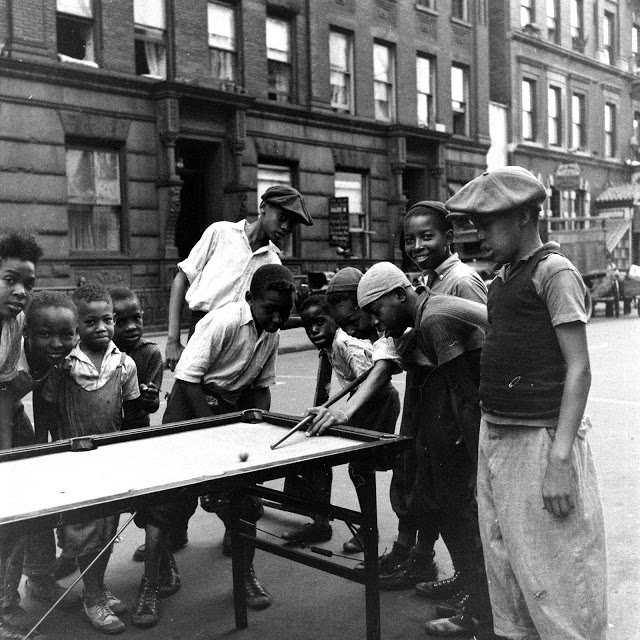 Boys play a makeshift game of pool on a Harlem street, 1938. 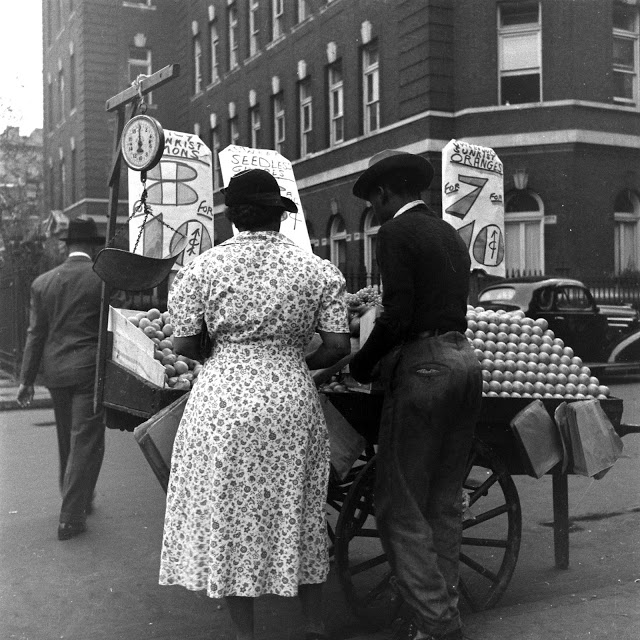 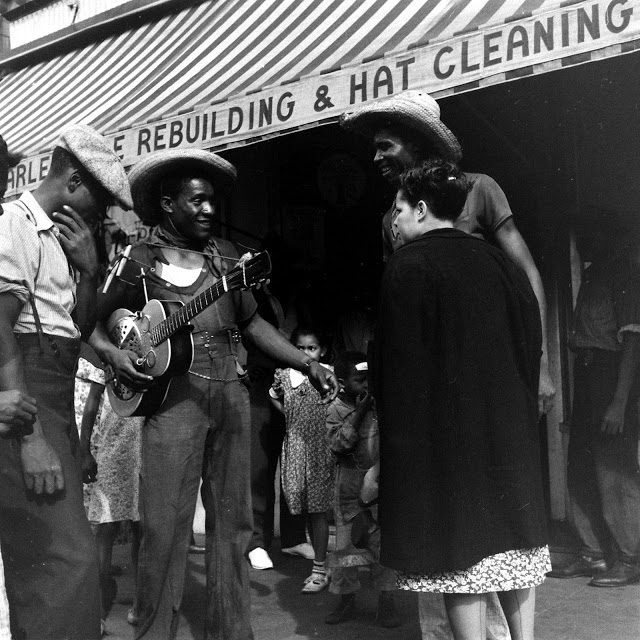 A musician takes a break between songs, Harlem, 1938. 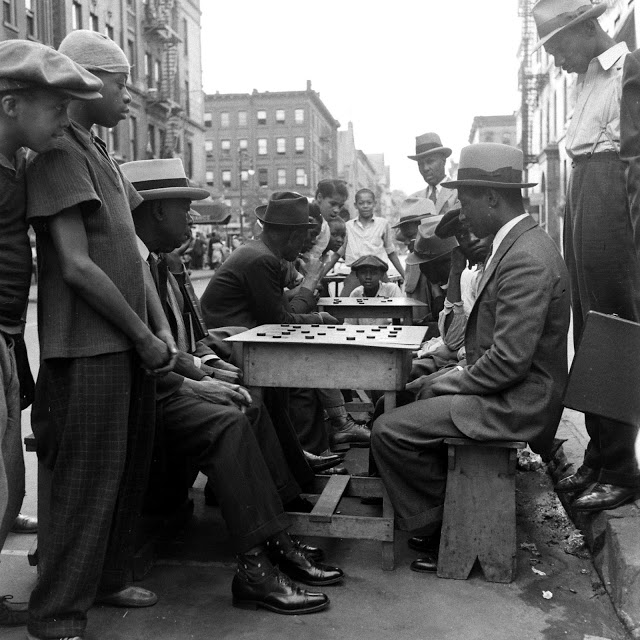 Men face off in stiff competition as boys look on, Harlem, 1938. 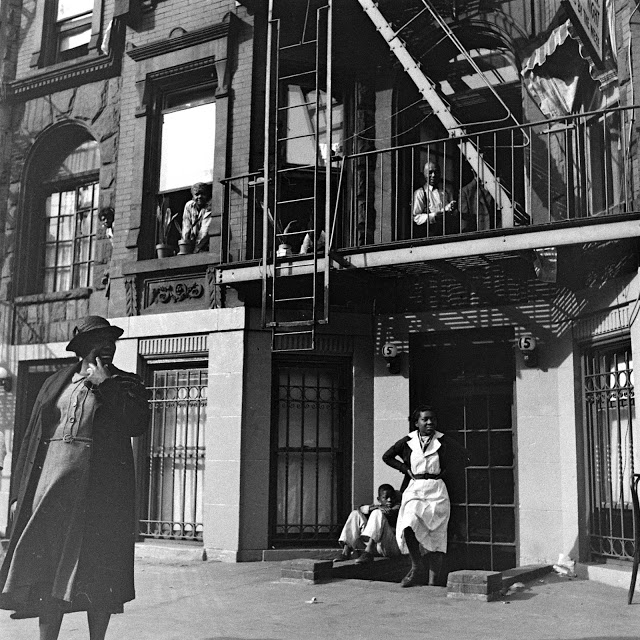 Harlem residents look on at an event taking place just outside the frame, 1938. 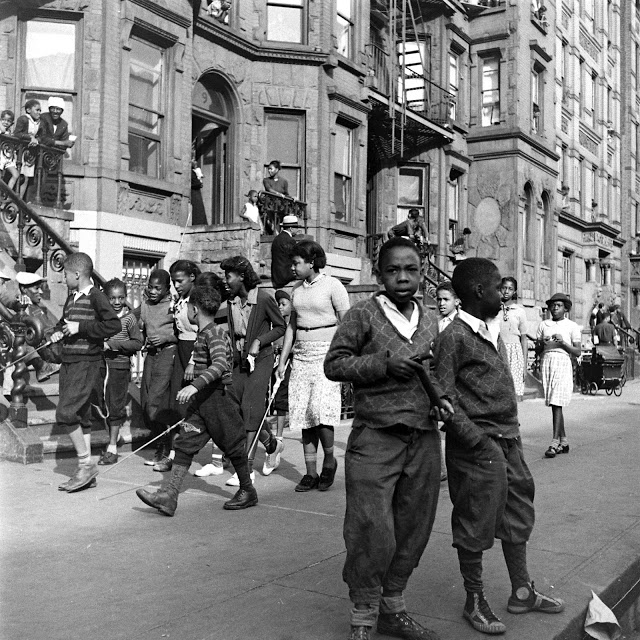 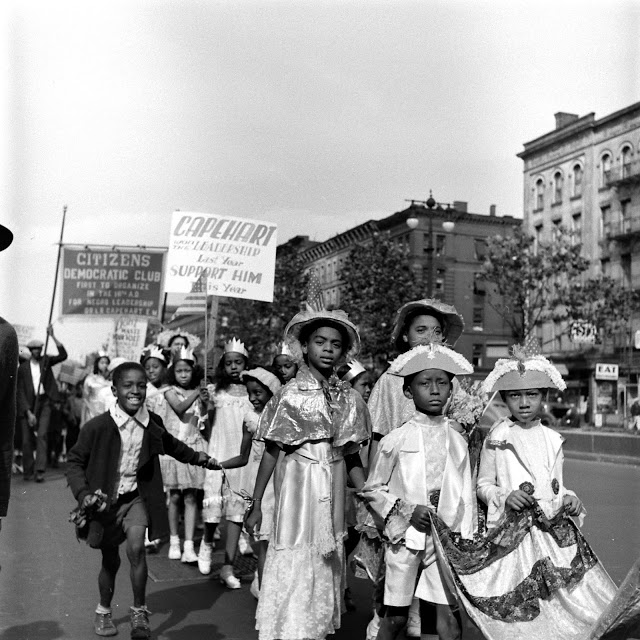 Children march in a local parade in Harlem, 1938. 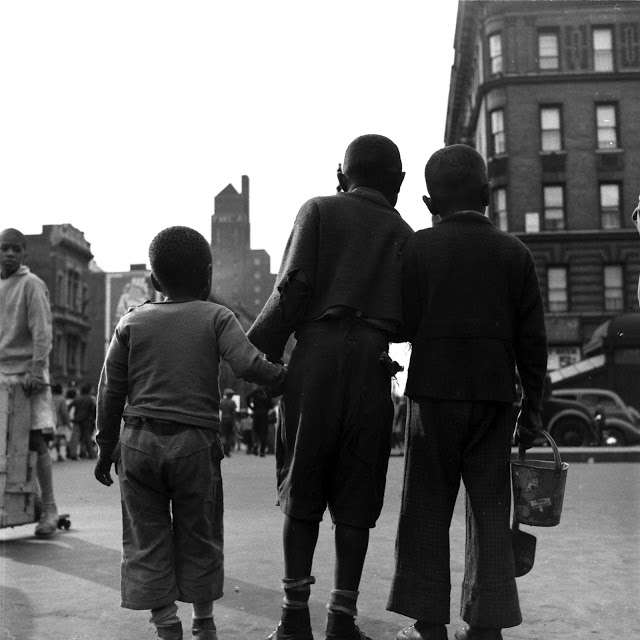 Posted by Yesterday Today at 9:41 AM