Bernard Philip Hopkins: The Most Hated Man Who Ever Lived 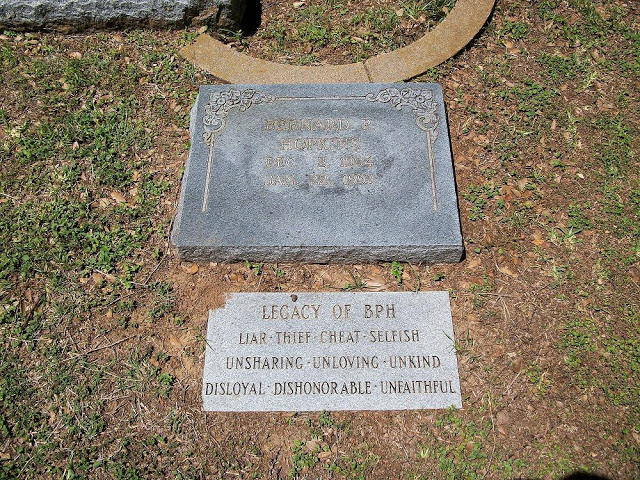 Hopkins was single in 1930 census living in a boarding house as they did sometimes when unmarried back then in Beeville, TX. He married a woman named Lillian Lucille Newman (1907-1988). She first married on Jul 19, 1925 to a man named Jack Moore Plummer with two kids, so she must have married Mr. Hopkins sometime after 1930.

Say what you will about Mr. Hopkins — Lord knows his grave marker has — but the man sure knew how to make an impression.

(via Gawker.com, JoeydeVilla.com)
Posted by Yesterday Today at 9:23 AM