Copenhagen After May 5th, 1945: Rare Color Pictures From the Days Around the Liberation of Denmark

During most of World War II, Denmark was first a protectorate, then an occupied territory under Germany. The decision to invade Denmark was taken in Berlin on 17 December 1939. On 9 April 1940, Germany invaded Denmark in Operation Weserübung and established a de facto protectorate over the country. On 29 August 1943 Germany placed Denmark under direct military occupation, which lasted until the Allied victory on 5 May 1945.

Contrary to the situation in other countries under German occupation, most Danish institutions continued to function relatively normally until 1945. Both the Danish government and king remained in the country in an uneasy relationship between a democratic and a totalitarian system until the Danish government stepped down in a protest against the German demands to institute the death penalty for sabotage.

Over 3,000 Danes died as a direct result of the occupation. An effective resistance movement developed by the end of the war, and most Danish Jews were rescued in 1943 when German authorities ordered their internment as part of the Holocaust.

These rare color pictures from The National Museum that captured street scenes of Copenhagen from the days around the liberation. 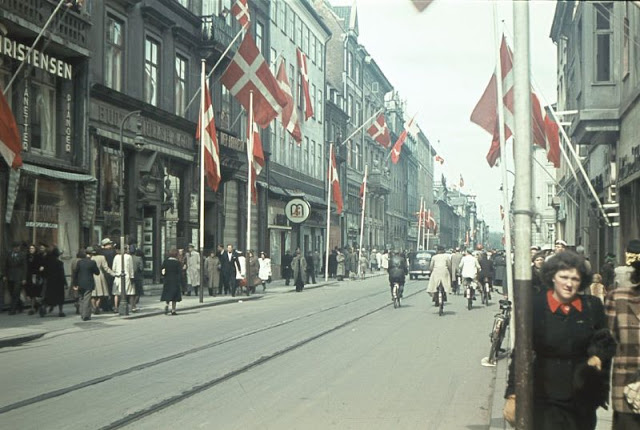 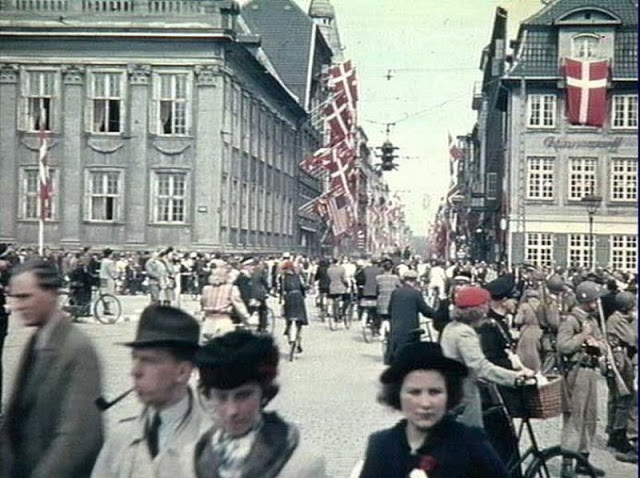 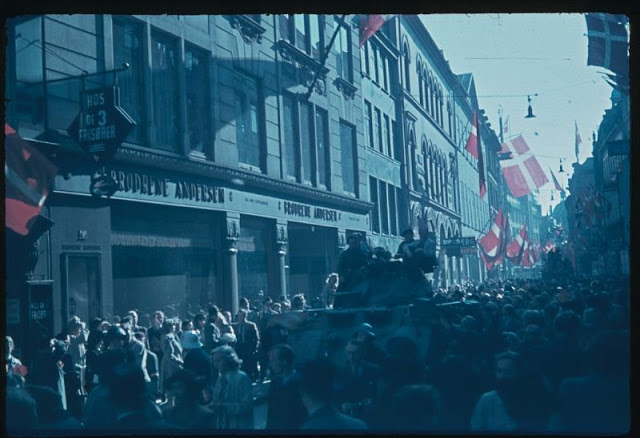 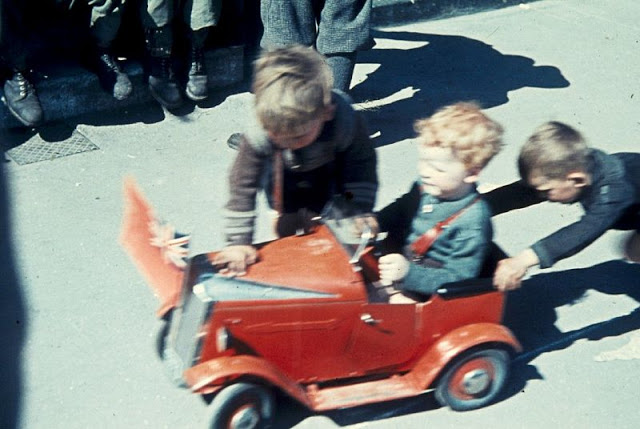 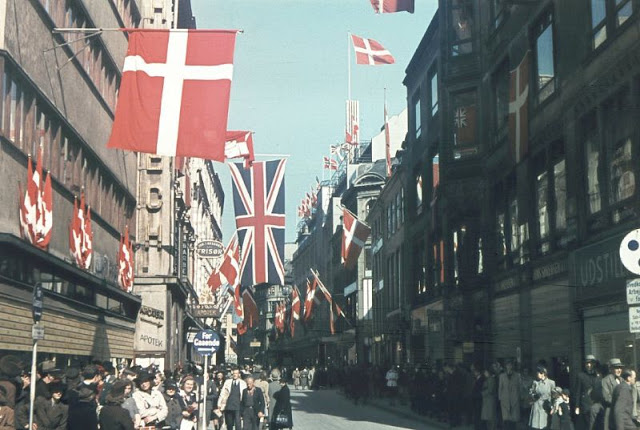 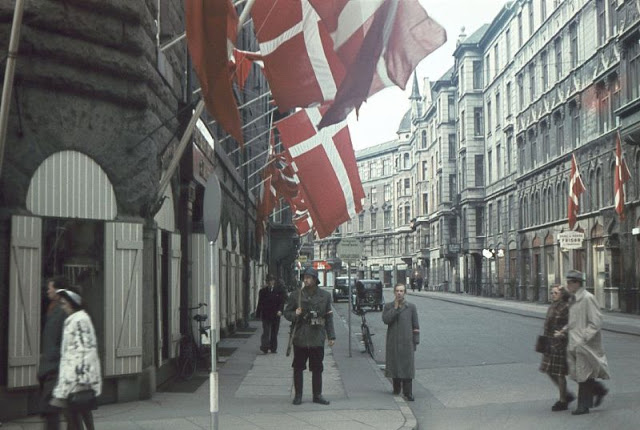 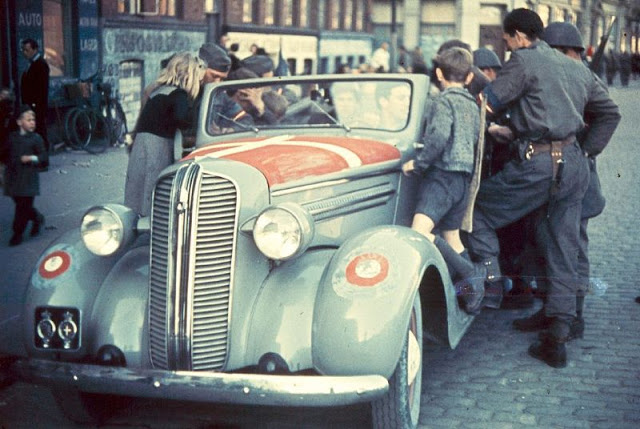 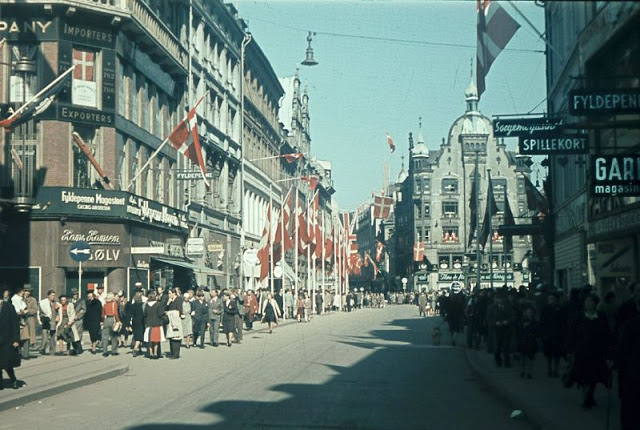 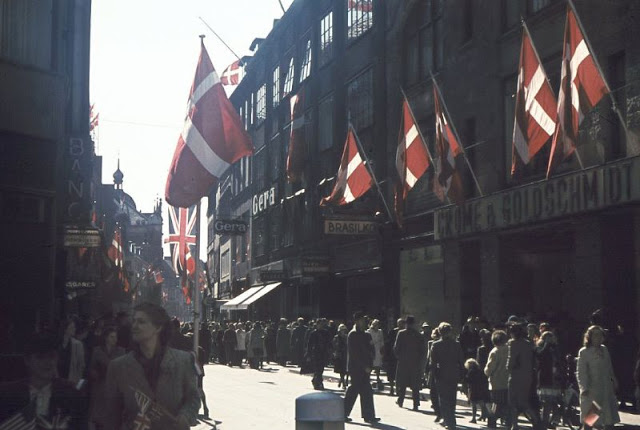 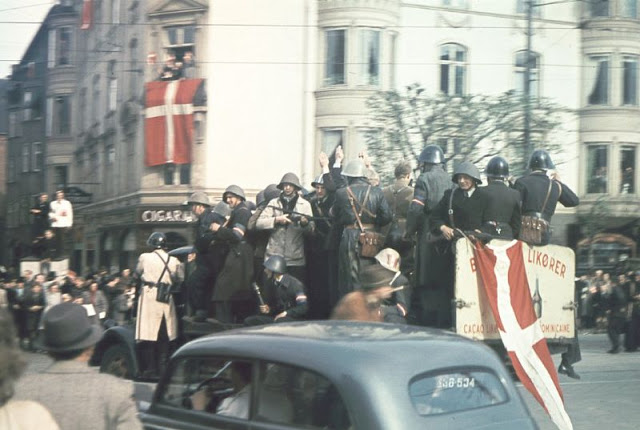 Posted by Yesterday Today at 9:31 AM