Faces From the Front: Incredible Before and After Photos Show World War I Soldiers’ Horrific Facial Injuries

These incredible before and after photographs show how British and French soldiers had to have their faces completely rebuilt having been maimed during World War One.

The photos are part of a book, Faces from the Front, looking at the early development of plastic surgery. It highlights the work of young surgeon Harold Gillies, who repaired the faces of those who were injured and shipped back home between 1914 and 1918.

Mr Gillies spent years restoring the dignity of men who had been prepared to sacrifice their lives. His incredible skill saw him use a rib to reconstruct a jaw. He also spent six years and 19 operations restoring a cheek, upper lip and nose of another soldier. 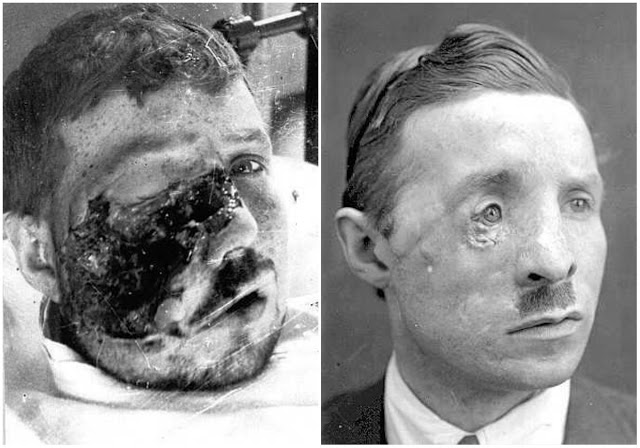 Impressive before and after images of Private Harold Page, of the Norfolk Regiment, who lost an eye in the Battle of the Somme. 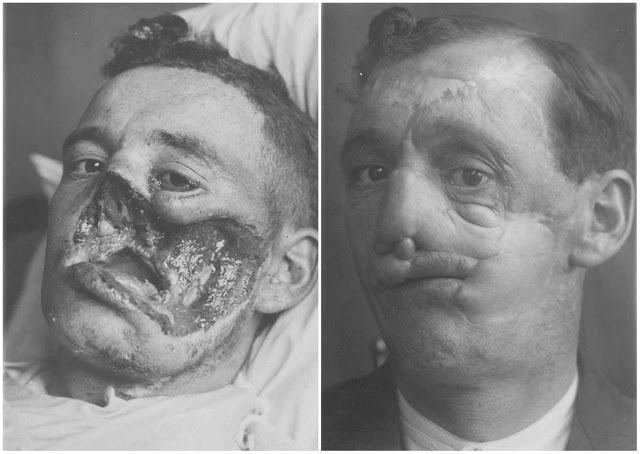 Private William Thomas of the 1st Cheshire Regiment on the first day of his admission (left) and his final appearance (right). 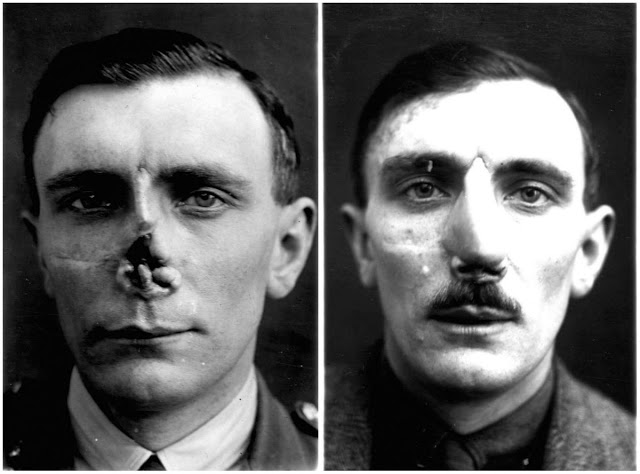 Captain J.G.H Budd shown in May 1919 who had reconstructive surgery on his nose. 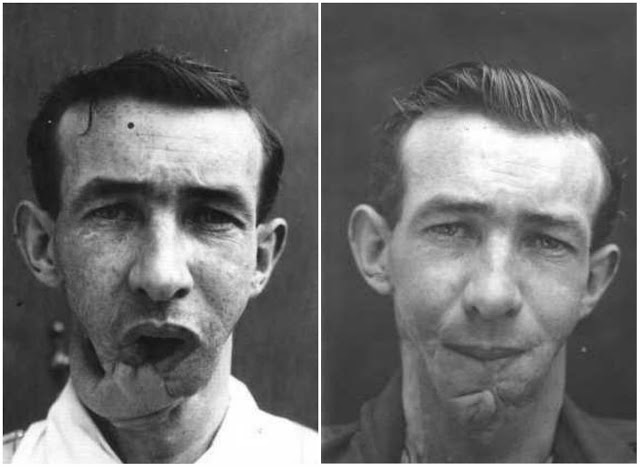 Private Arthur Mears is captured during treatment (left) and afterwards (right) following the repair of his jaw using his rib. 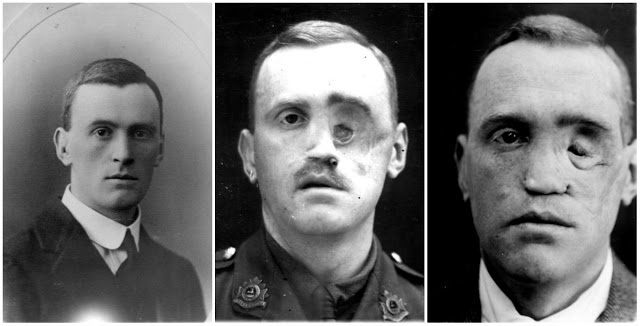 Lieutenant T.H. Elderton, of the 3rd Batallion, Bedford Regiment, before the war (left); on admission to Sidcup on February 10 1918 (center) and after being worked on by Harold Gillies (right). 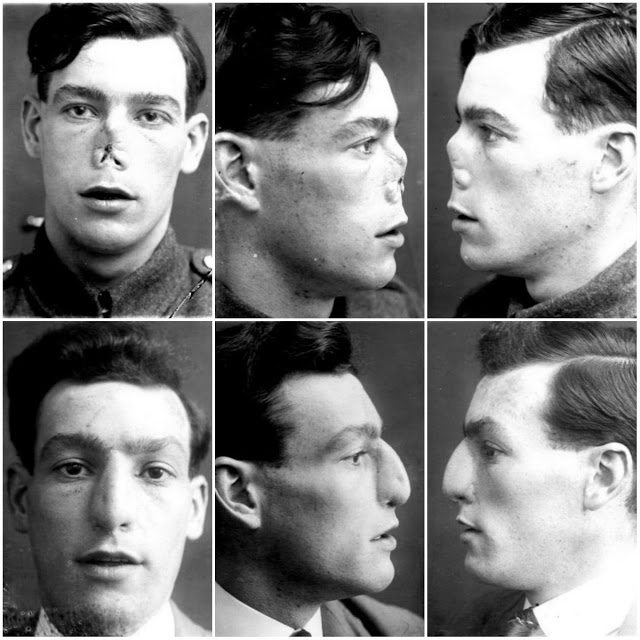 Joseph Pickard of the 5th Northumberland Fusiliers in July 1919, and after surgery in May 1921. 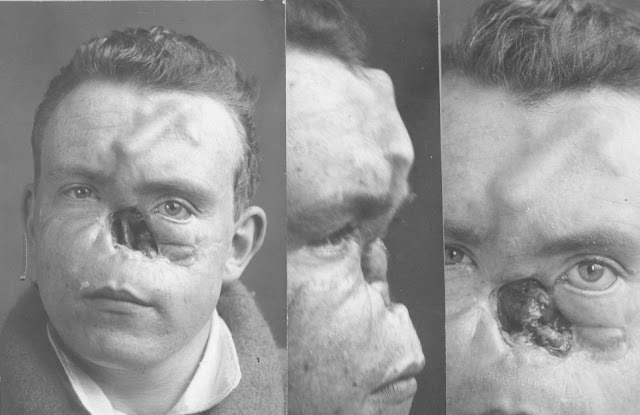 Lieutenant William Spreckley before treatment, he was missing his nose. 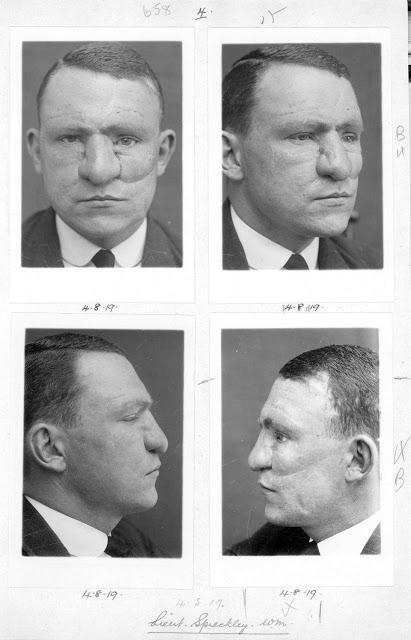 Lieutenant William Spreckley after surgery. Gillies, implanted a shaped piece of cartilage to give him a cartilage graft to create a nasal bridge. 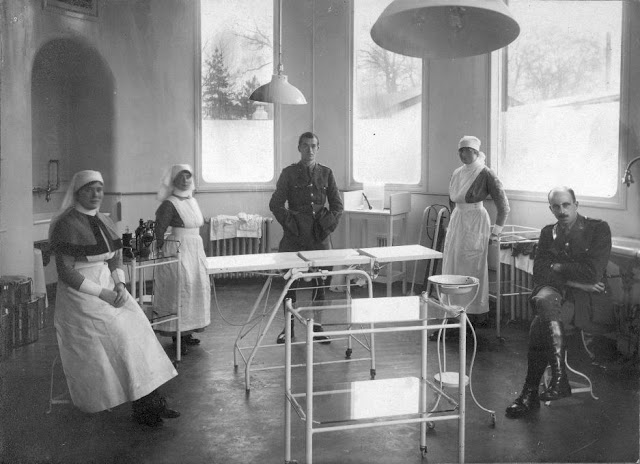 The interior of the plastics theatre, at the Queen's hospital with Gillies seated on the right. 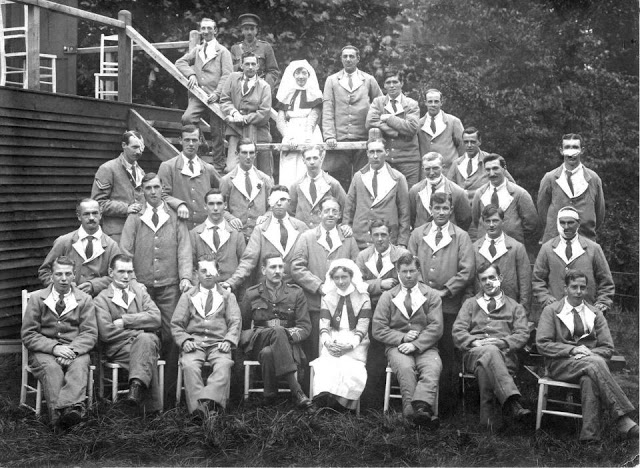 Posted by Yesterday Today at 10:16 AM