Little Syria: Portraits of Syrian Immigrants in Lower Manhattan in the Early 20 Century

The Chinese have Chinatown. The Italians have Little Italy. And before the Brooklyn-Battery Tunnel pummeled its way into Manhattan, people from the Middle East also shared a slice of the city's history. Little Syria, as it was known, was the cultural hub of America’s first middle eastern immigrant community and it was located just south of where the current World Trade Center stands today.

For 60 years between 1880 until the 1940s, Arab-Americans poured into New York City from Greater Syria made up of present-day countries including Lebanon, Syria, Jordan and Israel to escape religious persecution and poverty. They found homes in crowded tenements on a six block stretch of Washington Street from Liberty Street to Battery Park, alongside Armenians, Greeks, and other communities from the Middle East and the Mediterranean.

According to an 1899 article from the New York Times about the Syrian Quarter and its 3,000 residents, the newly arrived immigrants made a home for themselves in this “tousled unwashed section of New York”.

“Turks, Armenians, Syrians, when they ship for America, do not leave all their quaint customs, garments, ways of thinking at home. Nor do they become ordinary American citizens directly after landing. Just enough of their traits, dress, ideas remain, no matter how long they have been here, to give the colonies they form spice and a touch of novelty.”

Many of the early Syrian-Americans began their new lives as street vendors before saving up to establish their own businesses. According to the New York Public Library, over 300 Syrian businesses were listed in the 1908 Syrian Business Directory of New York. 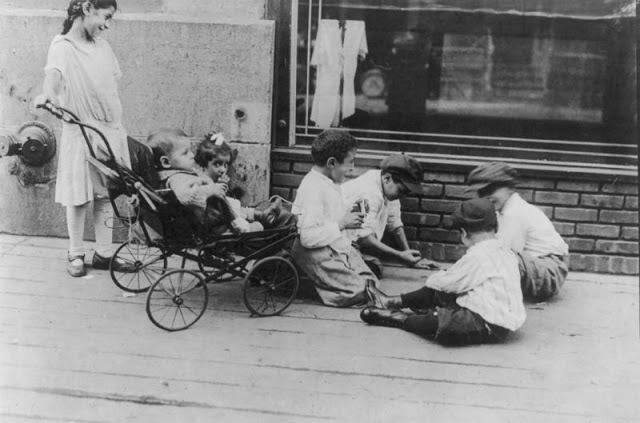 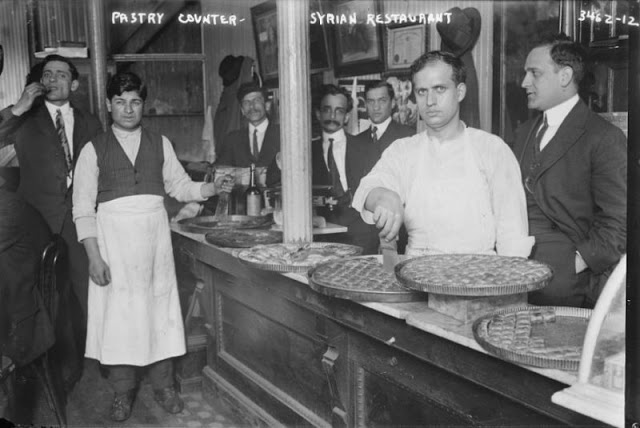 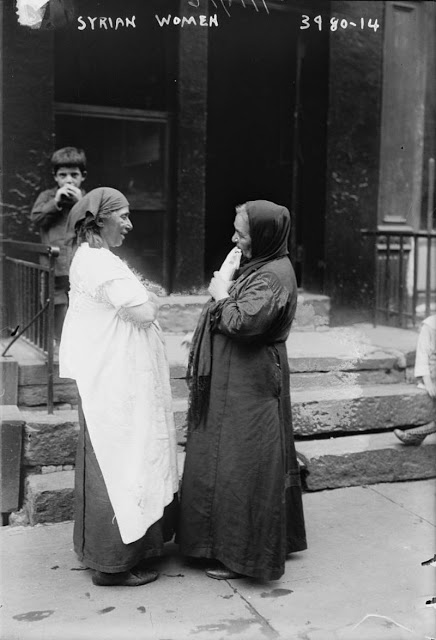 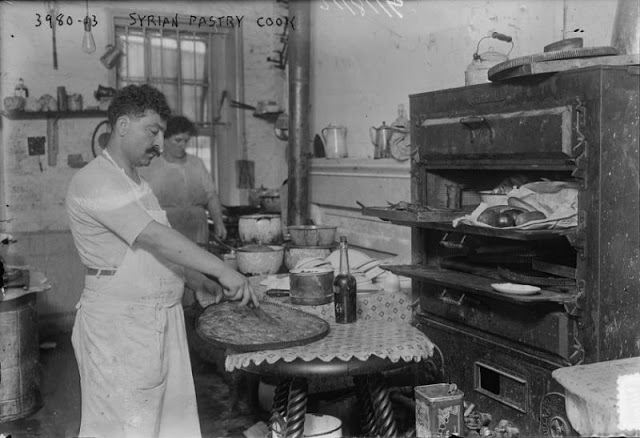 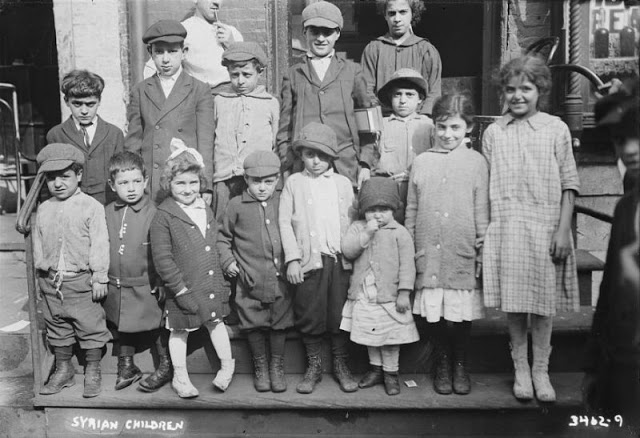 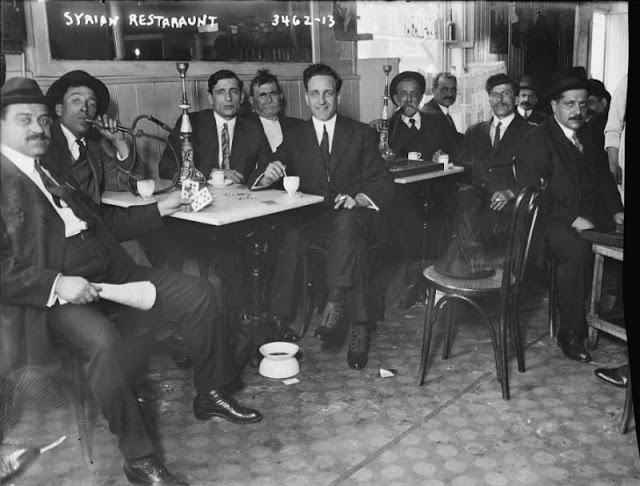 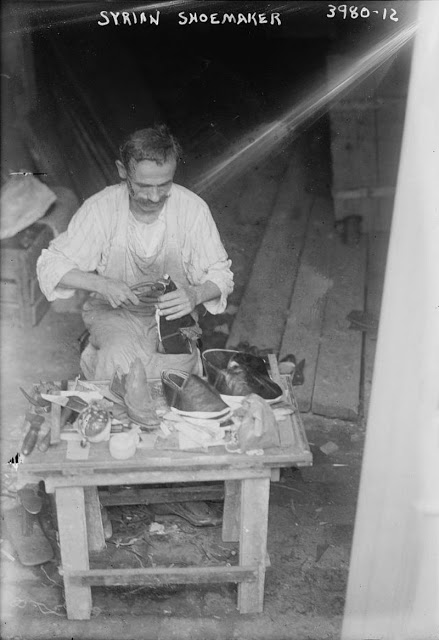 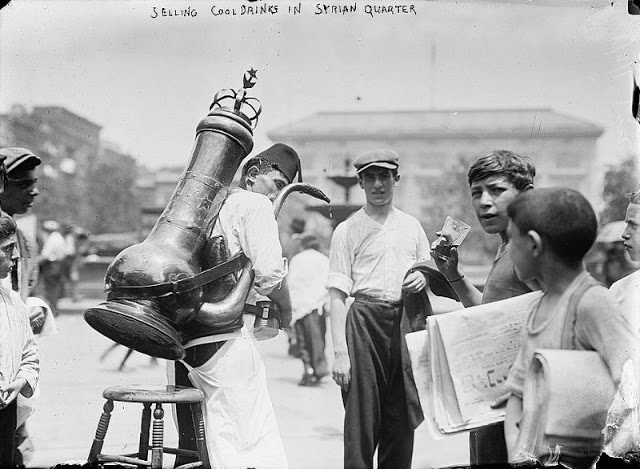 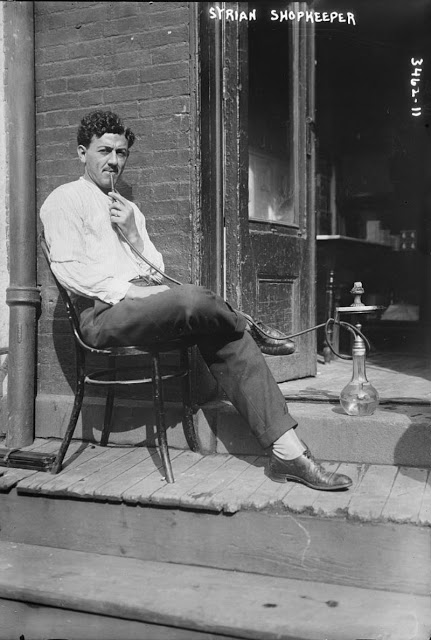 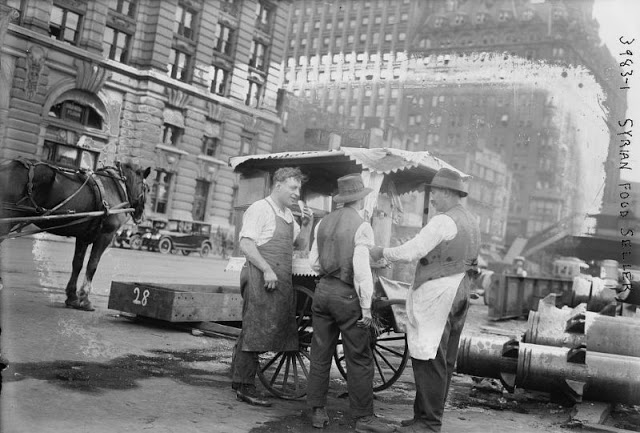 Posted by Yesterday Today at 10:36 AM