Victorian era advertisement for a massage treatment to cure female “hysteria.” You don’t have to be Einstein to figure out exactly what the “doctor” is doing, and as shocking as it may seem to modern sensibilities, treatments such as this were considered perfectly acceptable in the 19th and early 20th century. 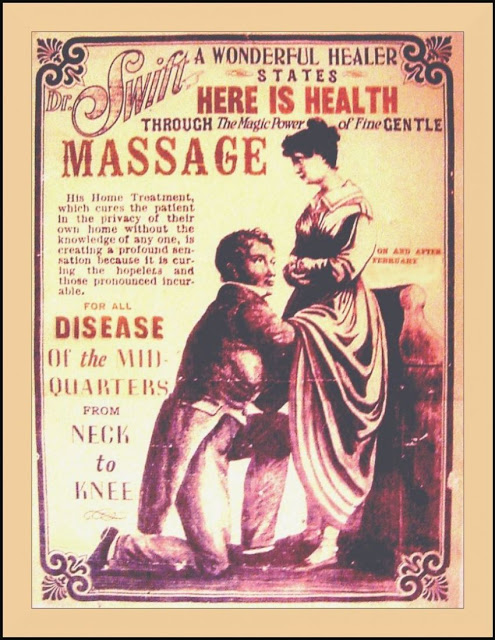 The ad definitely appears to say that “His Home Treatment, which cures the patient in the privacy of their home without the knowledge of any one, is creating a profound sensation because it is curing the hopeless and those pronounced incurable for all disease of the mid-quarters from neck to knee.”

Posted by Yesterday Today at 9:59 AM