Mugshots of Bertha Boronda, the Woman Who Was Arrested for Cutting Off Her Husband’s Penis With a Razor in 1907

Bertha Boronda was sentenced to five years in prison for “Mayhem” in 1908. What’s “Mayhem” you ask? Apparently in Bertha’s case, it’s cutting off your cheating husband’s penis with a straight razor, disguising yourself as a man and fleeing by bicycle. 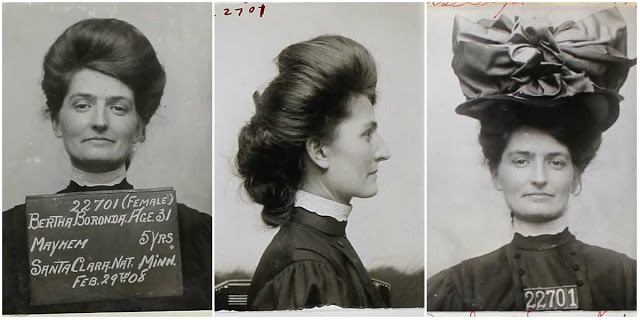 Bertha and her husband, Frank Boronda, had been married about 6 years when her assault on him took place. Frank was born Mario Narcisso Boronda in 1863 to a large family with Mexican roots that had lived in California for several generations. At the time of the attack Frank, age 43, was a fire captain with the San Jose Fire Department in northern California. Bertha Zettle was born to German immigrant parents in rural Minnesota in 1877. She moved to California around 1900. She and Frank were married the following year.

Shortly after midnight on Friday, May 30, 1907, Bertha slashed Frank’s penis with a razor at their San Jose residence. Frank was able to get to his firehouse — conveniently located next to his home — and from there he was taken to the Red Cross Hospital where the wound to his genitals was dressed. No one was sure he would recover but evidently he was well enough to make a statement. He said the attack by his wife came out of the blue. He and Bertha were chatting and she was in a friendly mood when suddenly she wounded him.

Meanwhile Bertha fled the scene and wasn’t discovered until the wee hours the following night. She was located at the San Jose Railroad Yards dressed in men’s clothing. She admitted to the attack on Frank and claimed, in her confident style, it was actually his fault. He’d driven her out of her mind with fear that he was going to desert her and move to Mexico.

The following is the article from the Santa Cruz Sentinel on June 2, 1907, only a few days after the event:
"Propped up in his cot at the Red Cross Hospital shortly after noon today Fire Captain Frank Boronda swore to a complaint before Justice Brown charging his wife, Bertha Boronda, with the crime of mayhem. Though the maimed man is still weak from his injuries his physicians states that he will undoubtedly live. The only danger which he faces is that blood-poisoning may set in."

"The crime with which Mrs. Boronda is charged is a felony defined by the criminal code as follows: “Every person who unlawfully and maliciously deprives a human being of a member of his body or renders it useless, or cuts or disables the tongue, nose, ear or lip, is guilty of mayhem.”

"Section 204 of the code states that “Mayhem is punishable by imprisonment in the State prison not exceeding fourteen years.”

"A little after midnight Thursday morning Mrs. Boronda without warning attacked her husband in the dark with a razor, maiming him fearfully. He ran screaming into the firehouse on San Pedro St., which adjoins his home, while his wife rushed through the streets in her night dress to the North End, where she procured a suit of men’s clothes which she "Boronda was taken to the Red Cross Hospital, where his injuries were treated. For several hours the police searched for the woman and finally captured her near the Broadgauge depot as she was mounting a bicycle on which she hoped to escape. She was taken to the city prison, where she is still being held. Mrs. Boronda has admitted to the police that she maimed her husband, but she has expressed no regret for having done the awful deed. Her only excuse is that she wanted to be revenged on Bordona, whom she believed intended deserting her and leaving for Mexico. Mrs. Boronda up to this time has not employed counsel. She will probably be arraigned before Judge Brown some time Monday.

Frank recovered from his injuries. Bertha was charged was “mayhem,” a charge applied to someone who “unlawfully and maliciously deprives a human being of a member of his body or renders it useless…” She was tried, found guilty and sentenced to five years in San Quentin Prison in 1908. 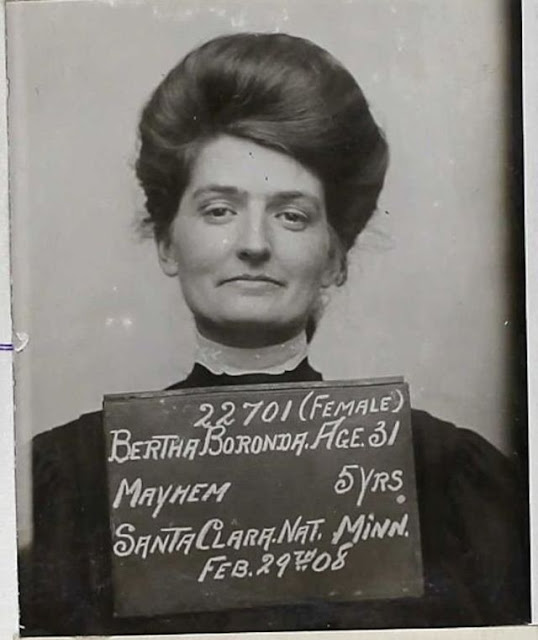 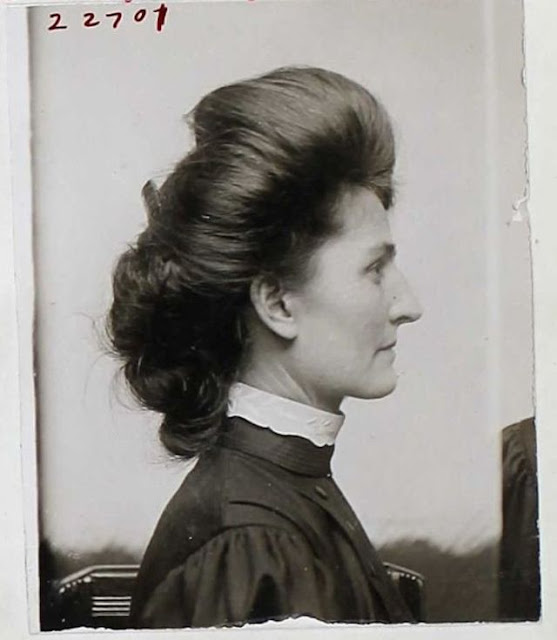 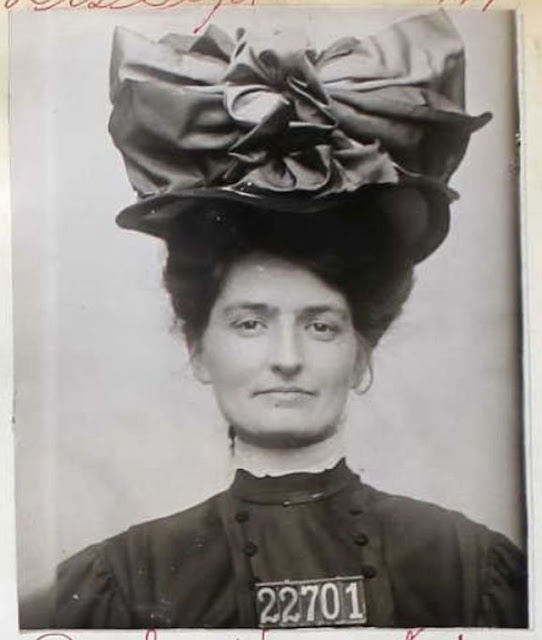 Why did Bertha attack her husband so viciously? The San Jose Sheriff jailed Frank and a fellow fire captain a few months before Bertha’s assault on her husband. The rumor on the street was that the two men had been involved in some kind of election fraud and more arrests would follow. It’s plausible that, as Bertha feared, Frank was contemplating a move to Mexico (where he had relatives) at least until the election scandal blew over.

It was also rumored that Frank was cheating on Bertha with other women and she was in a jealous rage over his infidelities when she slashed him. Frank had a history of marital problems. His previous wife, Belle Doane, left her husband to marry Frank and then tried, unsuccessfully, to kill herself a couple years later. Belle said she attempted suicide out of desperation because Frank had abandoned her. The unhappy couple divorced in 1895.

Did Bertha succeed in lopping off her husband’s penis? A distasteful rumor circulated that Frank’s penis, preserved in a jar of formaldehyde and used an exhibit at Bertha’s trial, was discovered decades later, stored in a basement cupboard of the courthouse. Though there’s no doubt his penis was badly cut, it’s highly unlikely that it was severed (and thus put in a jar) because an injury like that would probably have led to his death from blood loss and infection.

Bertha was paroled on December 20, 1909, after serving less than two years of her sentence. She and Frank did not reconcile, however both of them gave marriage another shot. Frank married a woman 33 years his junior named Josie Warburton. Bertha worked as a hotel chambermaid in San Francisco after her release from San Quentin. Later she worked as a waitress at Camp Meeker, a rustic vacation spot in northern California. She married an older widower, Alexander Patterson, in 1921 in Los Angeles, but that marriage also ended in divorce.

(via Captured and Exposed)

Posted by Yesterday Today at 9:21 AM