Mystery Valentines: Toronto Woman Received a Valentine's Day Card From a Secret Admirer Every February Since 1928

According to the Toronto Star, here's the Toronto's most enduring love story — at least on paper — was about resident Meryl Dunsmore and a secret admirer whose valentines spanned six decades. Every year from 1928 when Dunsmore was 16, a card would arrive from somewhere around the world.

“I hope he doesn't stop,” Meryl Dunsmore commented of the secret admirer in 1972. 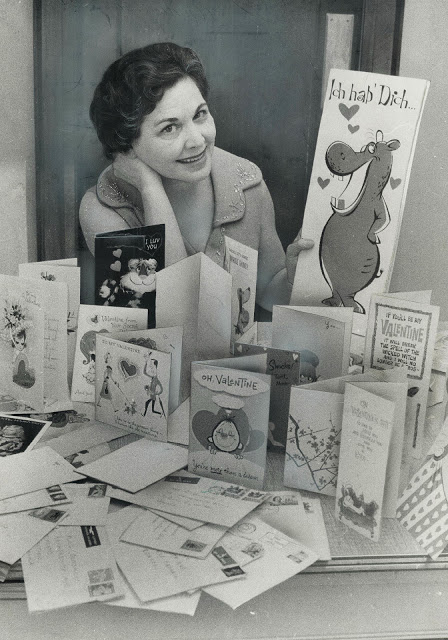 Dunsmore, who died in 1988 at age 76, thought he might be an old classmate turned sailor but his identity was never revealed.

At her funeral he sent a bouquet and card that read “rest in peace My Valentine.”

(via the Toronto Star)

Posted by Yesterday Today at 10:59 AM