Photographer Ernst Haas (1921–1986) is best known for his color saturated images of post-war America, where he moved in 1951. Born in Vienna, Haas suffered under the Nazi occupation, turning to photography after being kicked out of medical school for being Jewish. His big break came after his photographs of prisoners of war returning to Vienna in 1947 caught the eye of Magnum founder Robert Capa, who invited Haas to join the agency in New York.

While waiting for his visa, Haas visited London for the first time in late 1948, staying until 1949. He was on assignment for the Austrian magazine, Film, but in his spare time he took to the streets, capturing people at Speaker’s Corner in Hyde Park or on bustling Shaftsbury Avenue. Fascinated by the city’s spirit and the stoicism of it inhabitants, Haas returned to London in 1951, this time shooting jubilant scenes from the Festival of Britain. 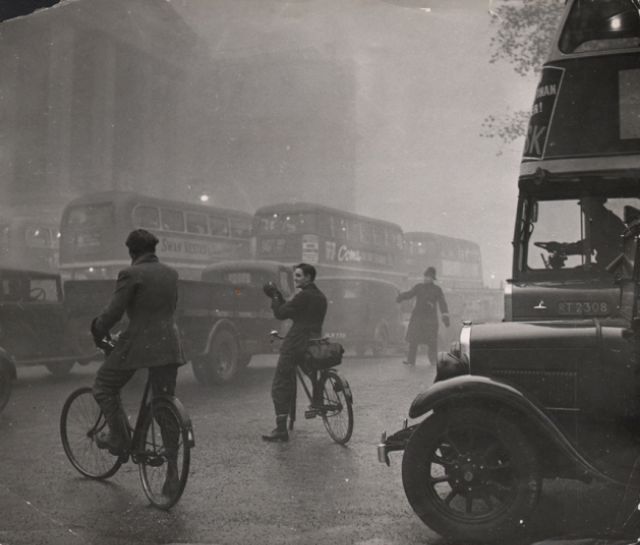 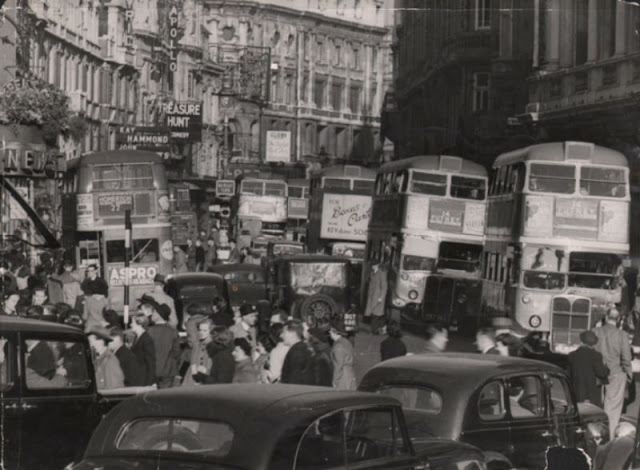 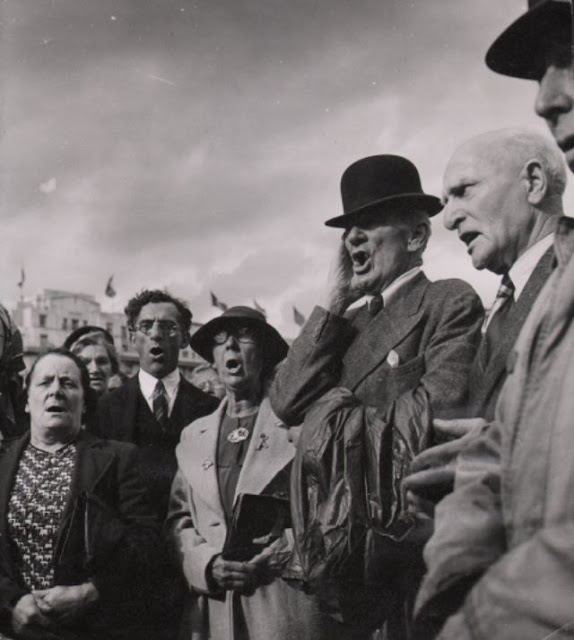 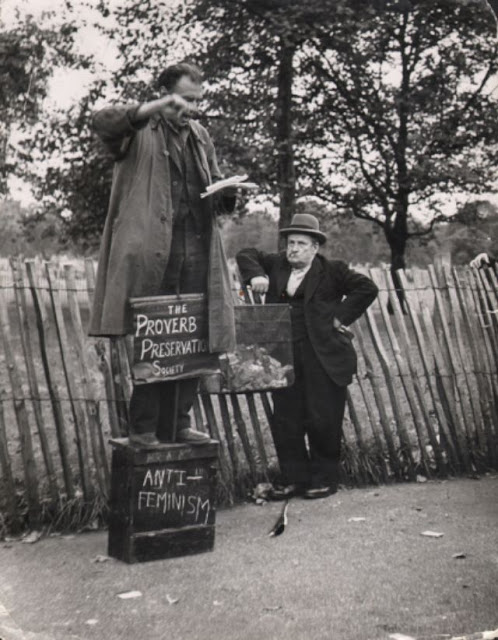 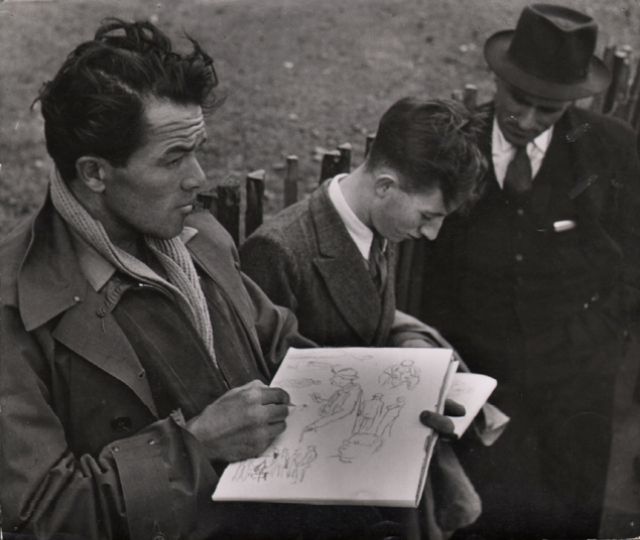 In the post-war years, Speaker’s Corner represented a snapshot of the changing face of British society. Black workers’ unions and socialist political parties were given a platform alongside bowler-hatted gentry. 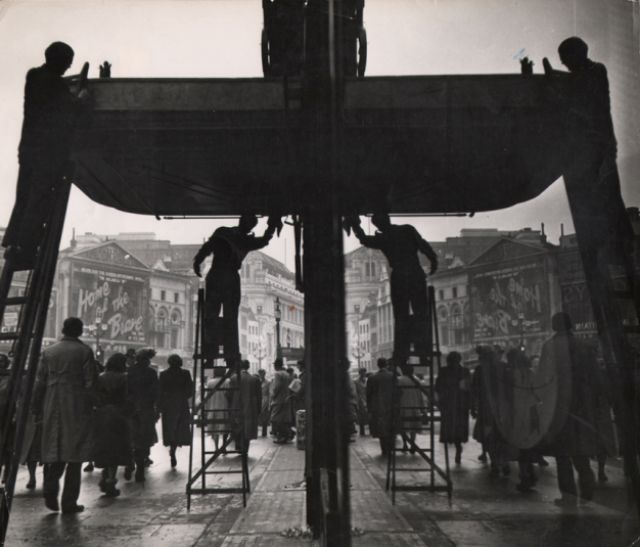 Men up a ladder outside the Criterion Theatre, Piccadilly, 1949 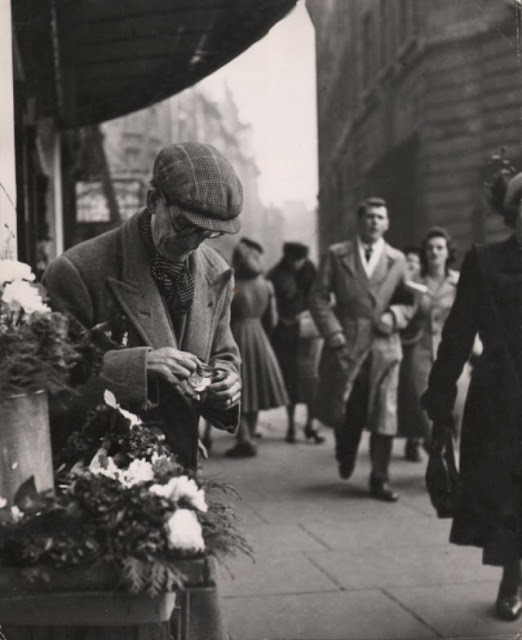 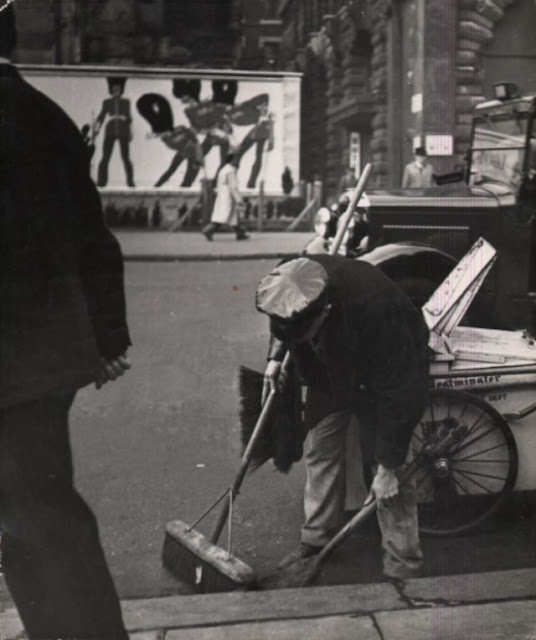 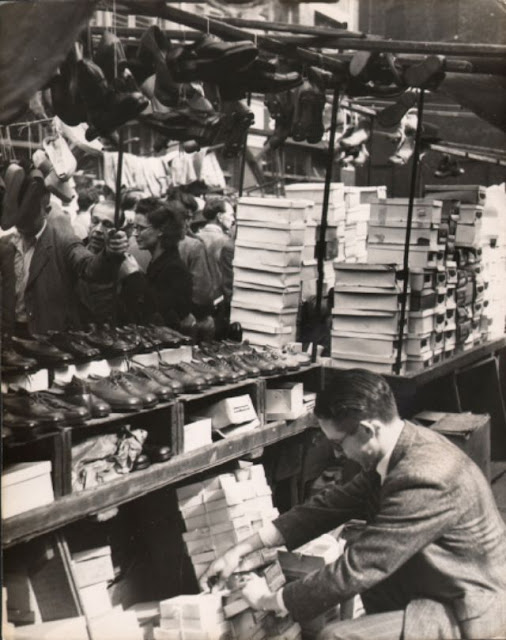 A stall on Portobello Road in west London 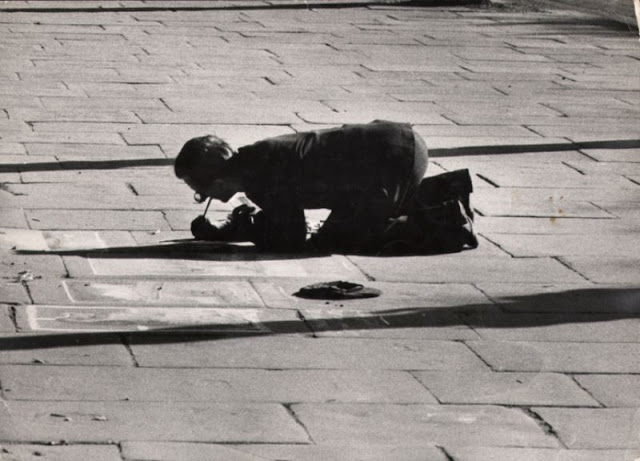 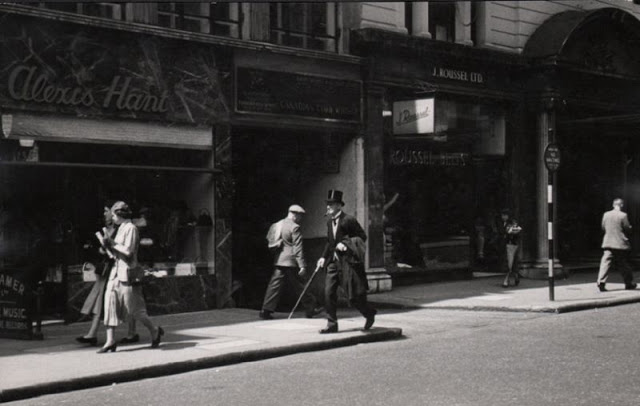 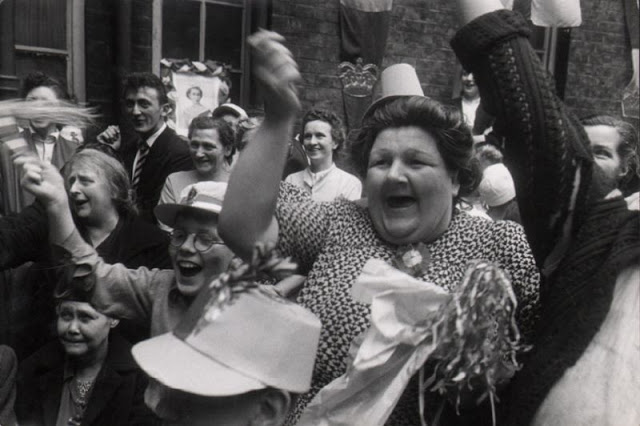 In the spring of 1951, while en route to America with a ticket paid for by Illustrated magazine, Ernst returned to London. It was a far cry from the city he had visited two years earlier. Street parties and celebrations marking the Festival of Britain were in full swing and Ernst photographed men, women, even babies in their Sunday best.

(Photos: Ernst Haas / Courtesy Atlas Gallery, via The Telegraph)
Posted by Yesterday Today at 11:47 AM