The Collyer Brothers: Inside the New York City Hoarders' Brownstone After They Were Found Dead in 1947

Homer and Langley Collyer were an extraordinary pair of brothers. They were born into one of New York City’s oldest families (Homer in 1881 and Langley in 1885) and lived in a mansion on Fifth Avenue near 128th Street, at a time when the Harlem address was fashionable. The pair obsessively collected books, furniture, musical instruments, and myriad other items, with booby traps set up in corridors and doorways to ensnare intruders. In March 1947, both were found dead in their home surrounded by over 140 tons of collected items that they had amassed over several decades. 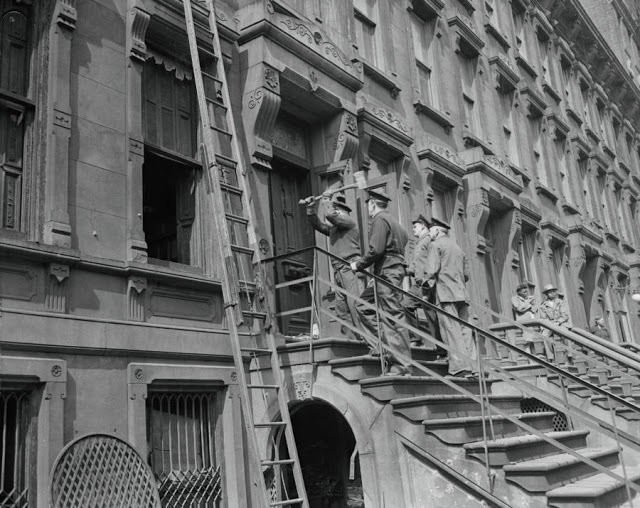 The discovery of just how bad the Collyer brothers’ hoarding was came to light in March 1947 when an anonymous person reported there was a dead body in the Collyer residence.

The authorities did not have an easy time gaining entrance to the home. They started by trying to remove tons of garbage from the front foyer, which consisted of newspapers, phonebooks, furniture, boxes, and other miscellaneous debris. Unsuccessful in their attempts, a patrolman broke a window on the second floor in order to gain entry. After climbing through junk for two hours, he found the body of the elder brother Homer among the boxes and trash. Missing from the home, however, was Langley, the younger of the two recluses.

The hunt for Langley began, and authorities searched for him as far away as Atlantic City. A disturbing realization took place three weeks later, unfortunately, when Langley’s body was was found ten feet from his older brother’s. Because of the vast amount of garbage in the house, his body wasn’t unearthed until then. Langley had been crushed to death by one of his many booby-traps that he had made to deter people’s entry into their palace of junk. Langley actually had died first. He was crushed while bringing food to his elder brother, who was blind. Langley fed Homer a diet of one hundred oranges per week to try and restore his sight. Believing that the diet of oranges would restore Homer’s vision, Langley also saved every newspaper so that Homer could eventually read them when his sight returned.

Authorities eventually removed more than 100 tons of trash from the Collyer brothers’ house. Some of the more unusual items included human pickled organs, the chassis of an old Model T, fourteen pianos (both grand and upright), hundreds of yards of unused silks and fabric, the folding top of a horse-drawn carriage, and more than 25,000 books. 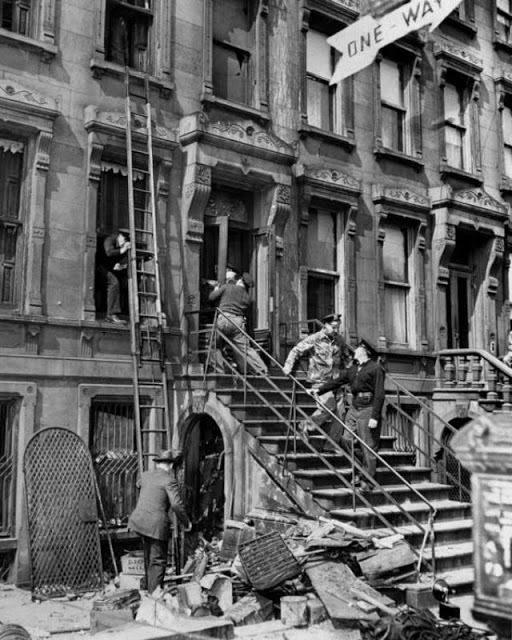 Police attempt to enter the residence of the Collyer brothers after receiving the fateful call about a smell of decomposition coming from the house. March 21, 1947. 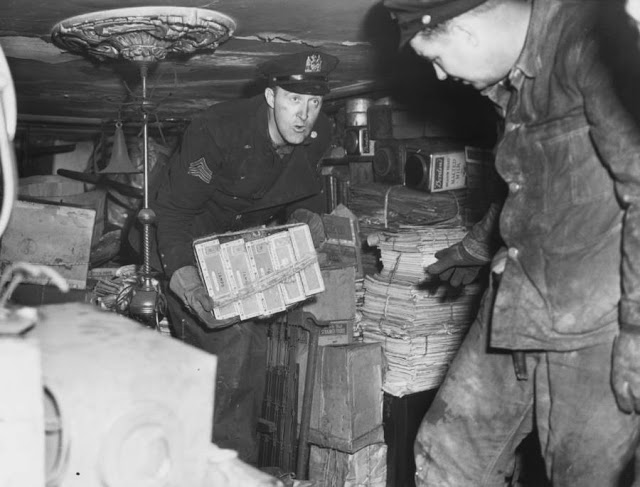 Policemen reach the ceiling atop the piles of junk inside the Collyer brothers' home. March 24, 1947. 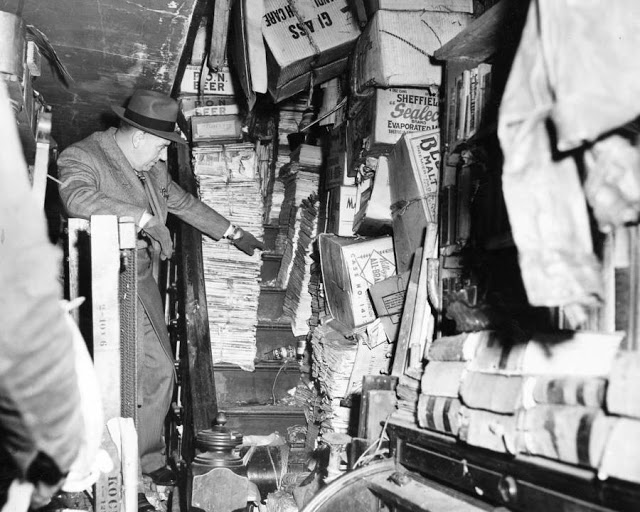 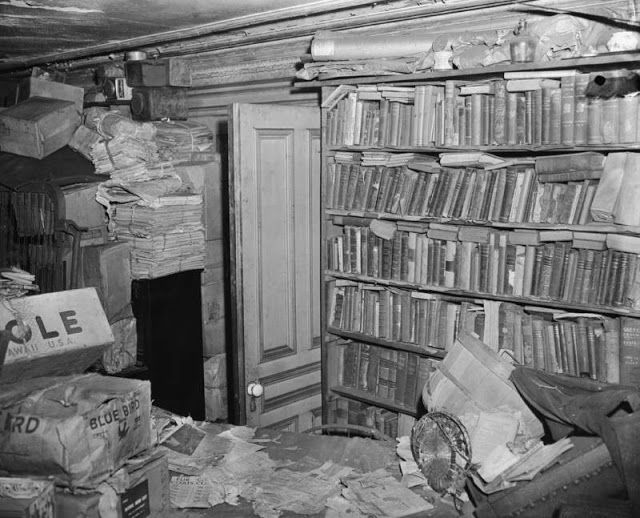 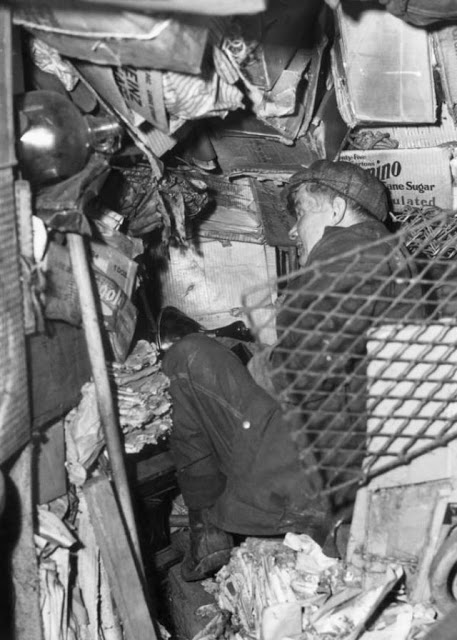 A Building Department worker crawls through the first floor of the junk in search of Langley Collyer, who authorities might still be hiding somewhere in the building after the discovery of the body of his brother, Homer. March 24, 1947. 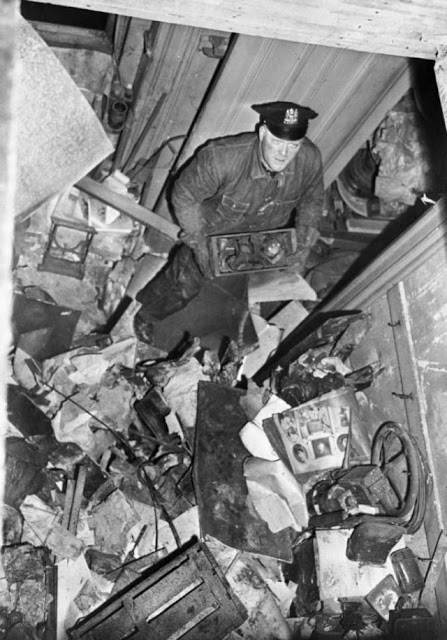 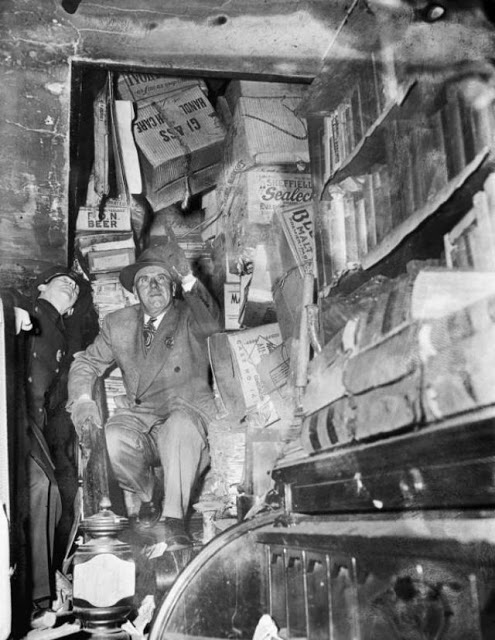 Searchers climb through the junk. 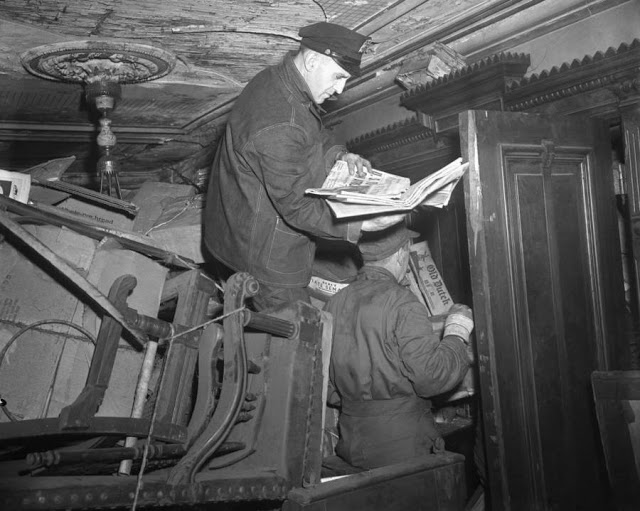 Workers search through the piles of refuse. 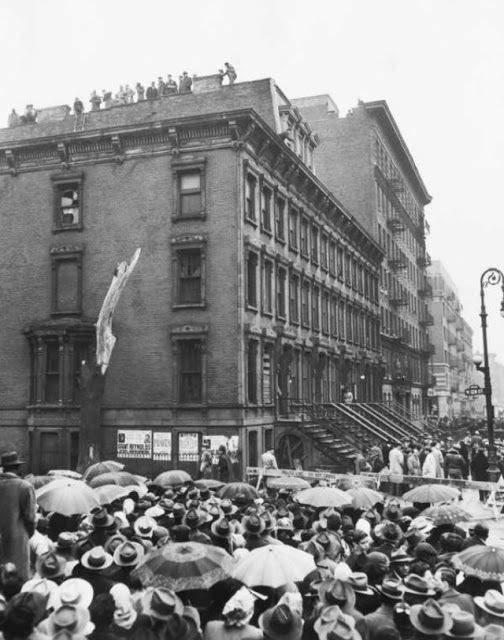 Rain-spattered crowds jam the streets outside the four-story brownstone home of the hermit Collyer brothers as police begin their search of the junk-filled mansion on March 24th. Alternately cheering and catcalling as strange items in the Collyer junk collection were lowered from the roof of the house, the crowd waited to see if Langley Collyer, the surviving brother, would be discovered by police. 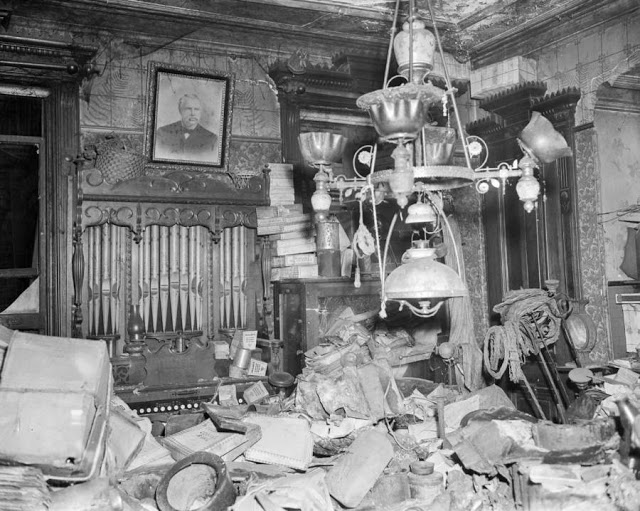 An interior view of the Collyer brothers' house after the discovery of Homer's body. April 2, 1947. 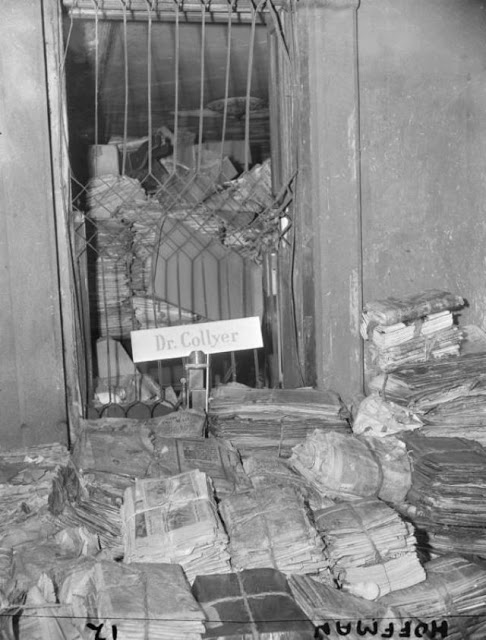 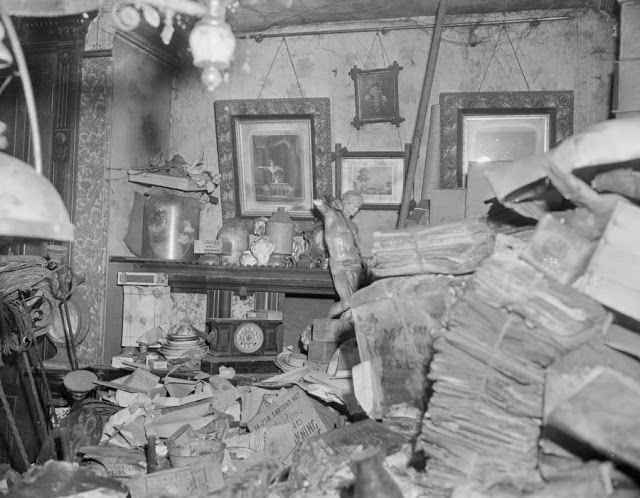 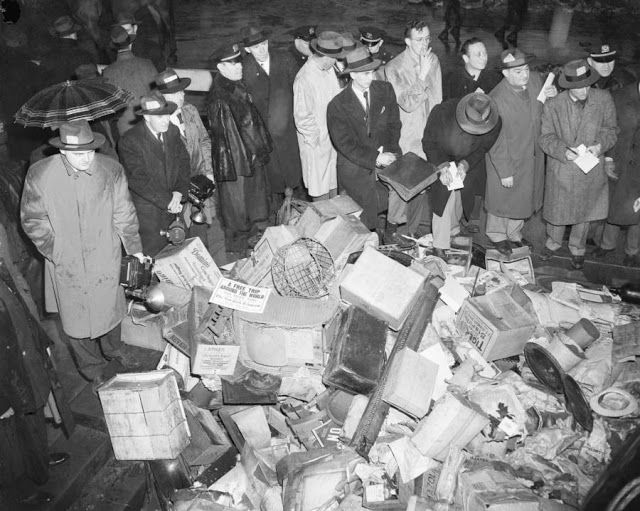 Reporters survey items removed from the Collyer brothers house and tossed out onto the street. Date unspecified.

Posted by Yesterday Today at 10:25 AM