Launched in 1906 by the Duchess of Roxburghe, the British RMS Mauretania was, for five years, the largest ship in the world - and, until 1929, the fastest.

Her lavish interiors utilised marble, tapestry, and some twenty-eight separate types of wood - her grand staircase was made of entirely walnut. Yet the ship had a serious design flaw - at maximum speed, vibrations from her four steam turbines were so extreme as to render the Second and Third Class sections completely unfit for use.

During the First World War, the Mauretania transported British troops to Gallipoli, and became a hospital ship. But when the United States joined the conflict in 1917, the vessel was deployed to carry many thousands of US troops to Europe until the conclusion of the conflict in November 1918.

It was during this period, from March 1918, that the Mauretania was provided with two types of "dazzle" camouflage. Dazzle camouflage used jarring shapes and colours with the intention of disorientating observing enemy craft. These pictures taken in New York City, with American aviators and other troops returning from Europe after the war on December 2, 1918, show the Mauretania in full dazzle - the colors used were olive, black, grey and various blues.

After the War, the Mauretania remained in service until 1934 when Cunard White Star retired the ship. In 1935, she was scrapped. 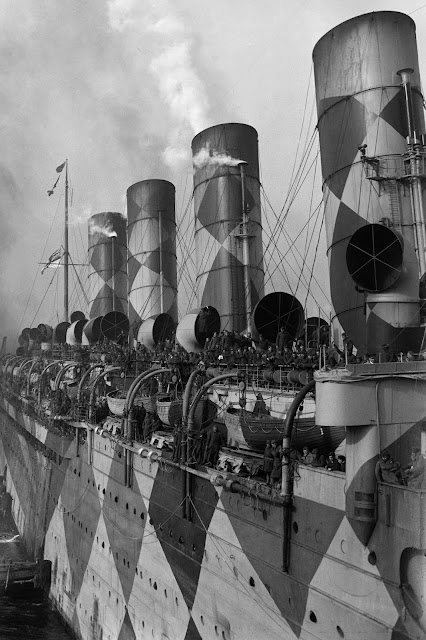 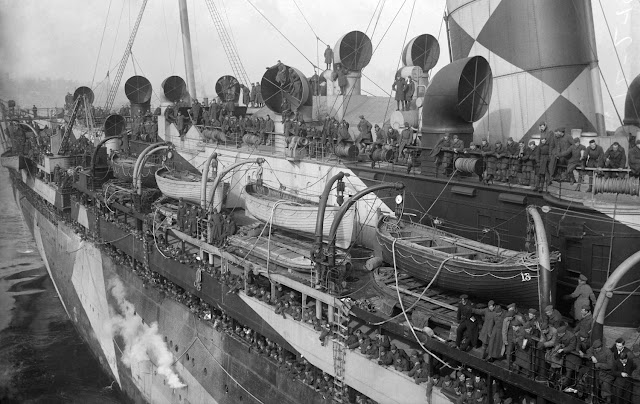 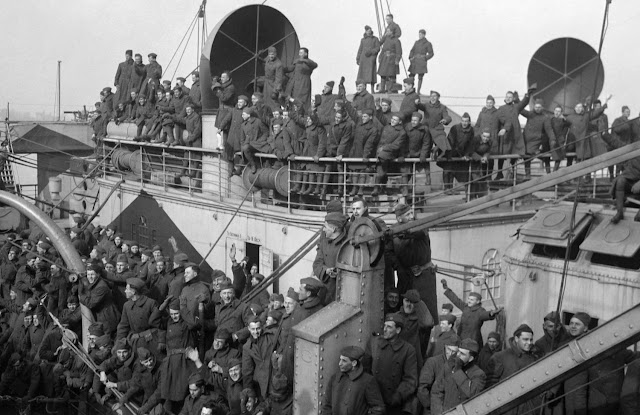 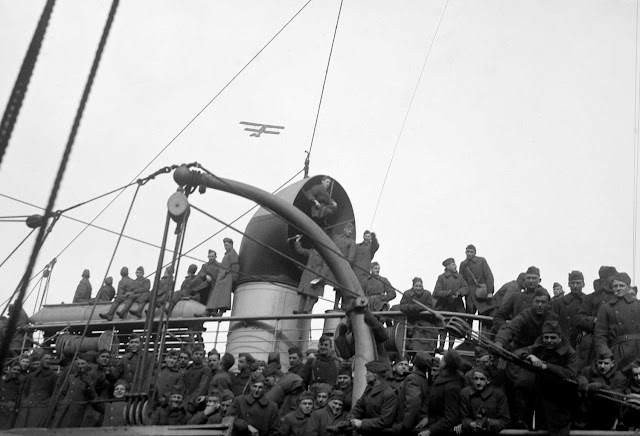 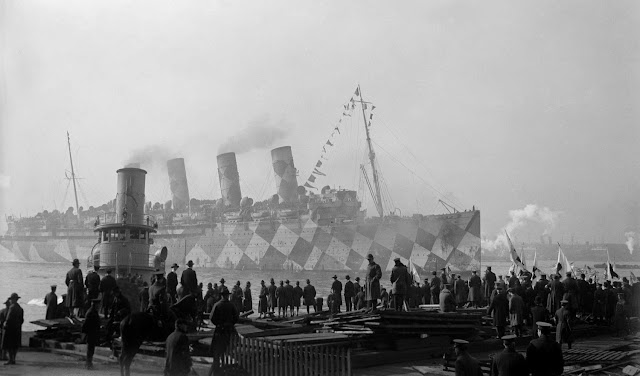 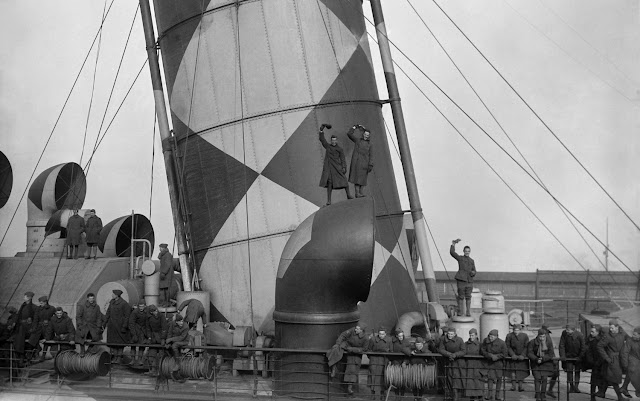 (All images: Bain Collection, Library of Congress)
Posted by Yesterday Today at 10:54 AM