The Luxury Apartment on Wheels: Camping in Style in a 1930s Jungle Yacht

The Jungle Yacht was created for and used by Italian explorer Commander Attilio Gatti and his wife, who both traveled extensively to the African Congo as a deluxe apartment “for his 1937-1940 (his 10th) and 1947 (his 11th) expeditions” and “equipped them quite lavishly.” 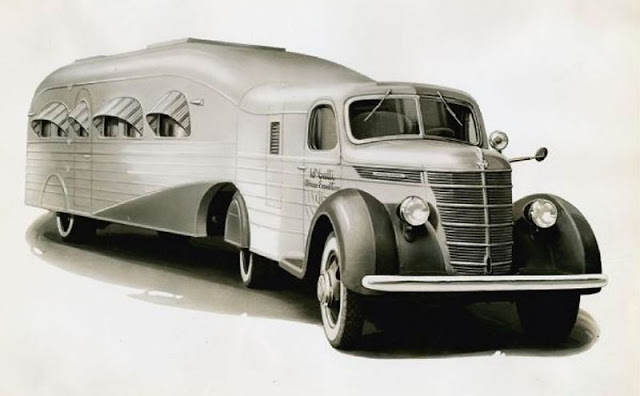 The trailers were pretty luxurious accommodations for camping out in the boonies of British East Africa. They were joined together in camp as a deluxe 5-room apartment on wheels, and served as headquarters while the expedition’s personnel sought out the secrets of the dim heart of Africa.

The camps were equipped with electricity and air conditioning and had a workshop, a photographic lab, and a ham radio station (Gatti was an enthusiastic ham radio operator). Electricity was supplied by a 110 volt generator mounted behind the cabs of the trucks. Each night a single wire 4500 volt electric fence was put up to dissuade the large specimens of the local wildlife from approaching the camp. 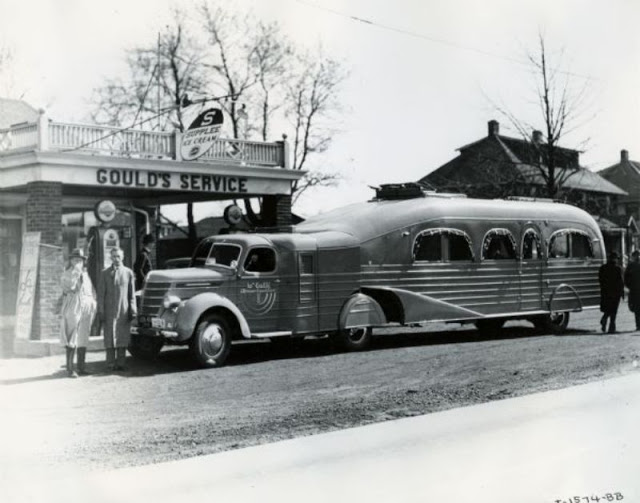 One of the vehicles in transit from the International Harvester factory to New York. 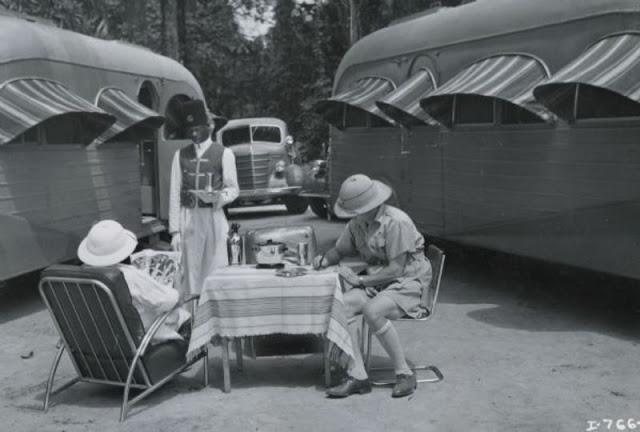 Cocktails in the deepest heart of Africa 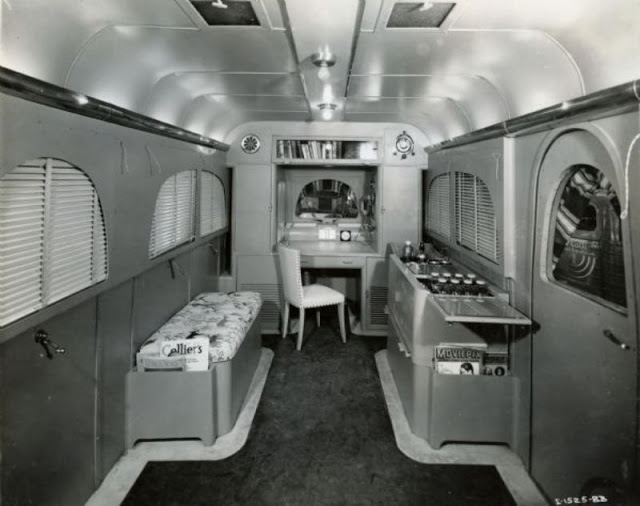 The Commander's desk in the living room 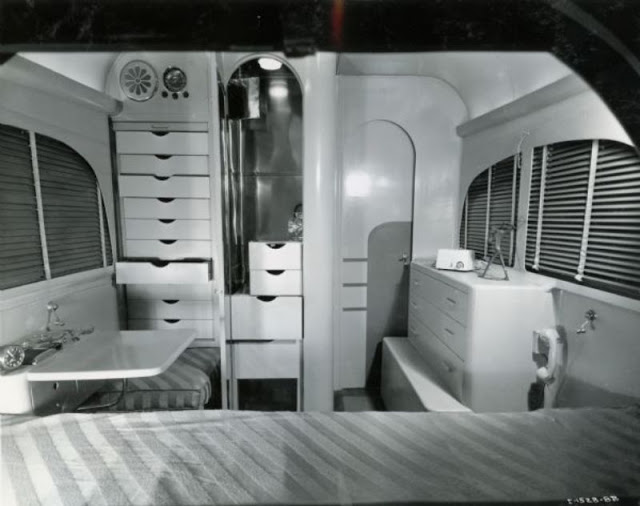 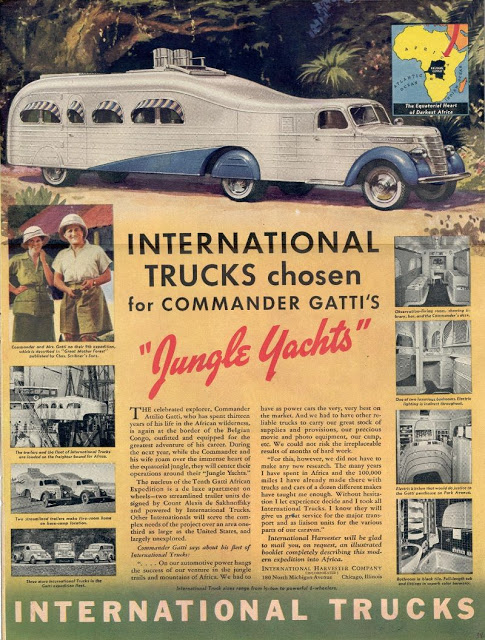