24 Amazing Photos Showing Everyday Life in Detroit in the 1940s

The early part of the 20th century saw the city of Detroit, Michigan, rise to prominence on the huge growth of the auto industry and related manufacturers. The 1940s were boom years of development, but the decade was full of upheaval and change, as factories re-tooled to build war machines, and women started taking on men's roles in the workplace, as men shipped overseas to fight in World War II... 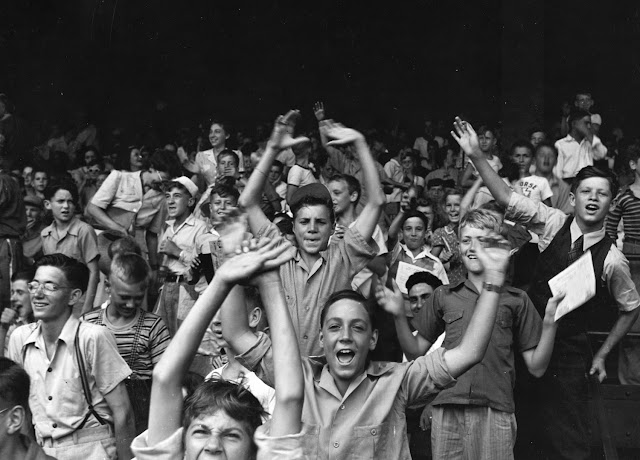 Kids at a ball game at Briggs Stadium, Detroit, August, 1942. 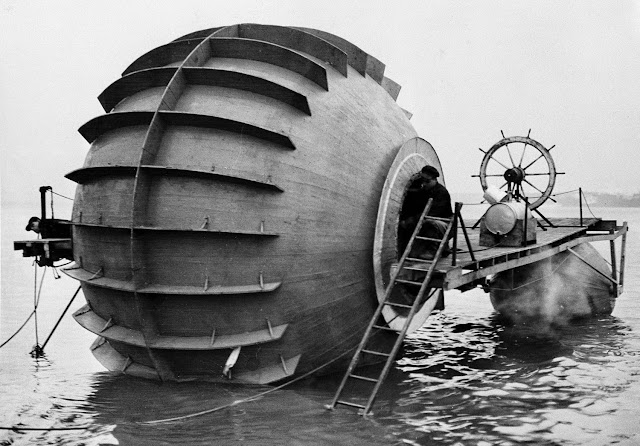 This strange watercraft, an experimental "torpedo boat," performs test runs in the Detroit River, near Detroit, Michigan, on December 28, 1940. 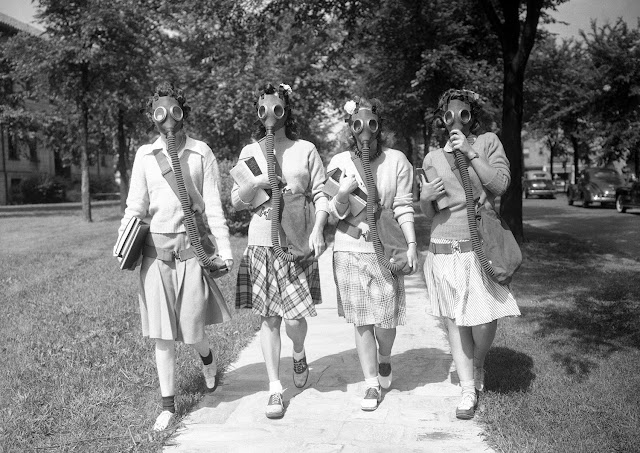 Looking ahead to the possibility that gas masks may some day be a necessary part of their ensemble, these University of Detroit students were trying out masks in a practice drill on the campus on June 23, 1942. 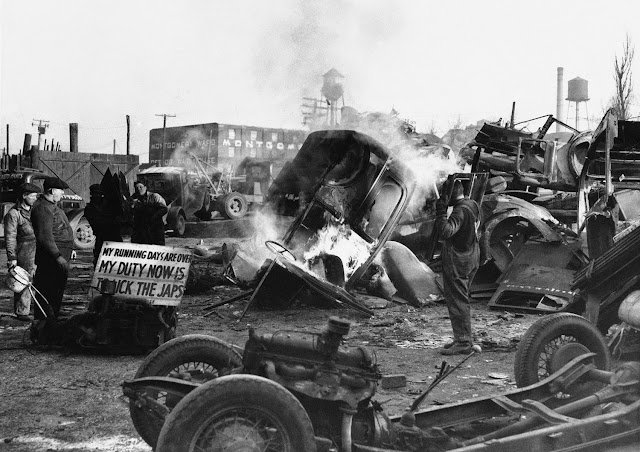 The sign at the left, "My running days are over. My duty now is to lick the Japs," explains what is happening to these onetime automobiles in Detroit, Michigan on January 23, 1942. 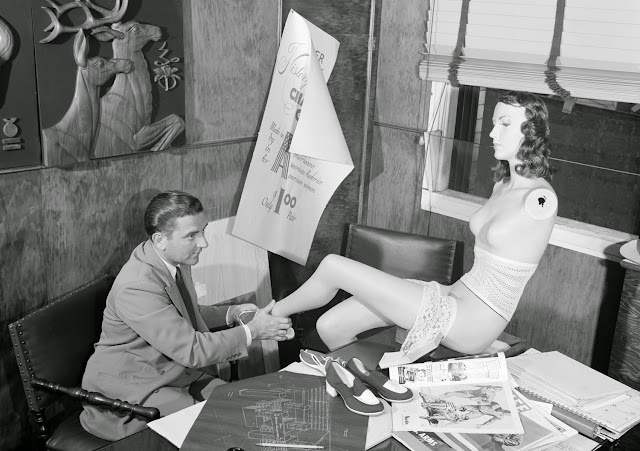 In Detroit's Crowley-Milner department store, the head of the art department works with a new mannequin in July of 1941. 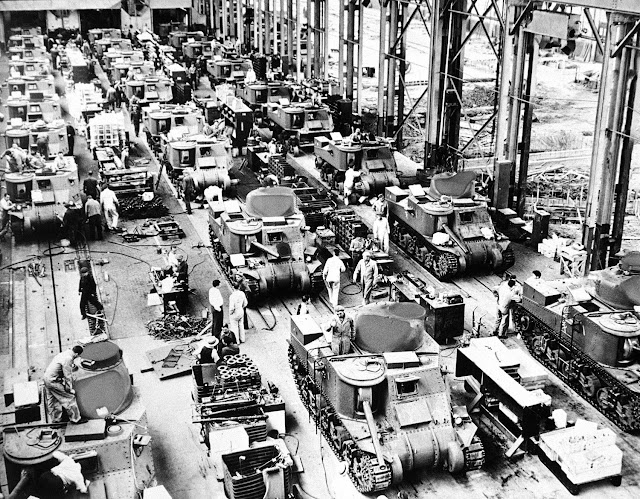 In this July 4, 1942 file photo, 28-ton tanks, called "General Grants" by U.S. forces in the Middle East who used them in the battle for Egypt, are turned out in mass production by the Chrysler Corporation’s tank arsenal in Detroit. 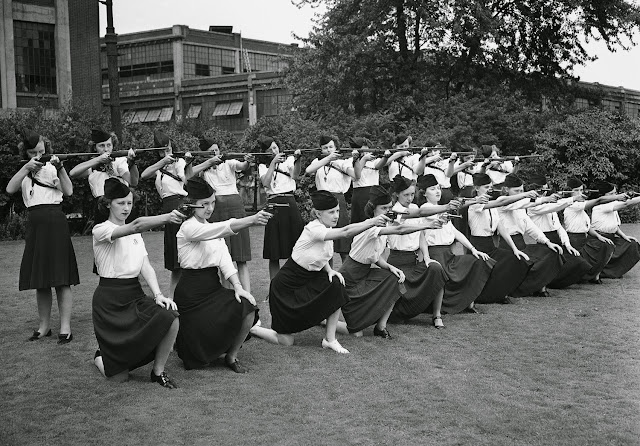 Female guards, placed on duty at the Naval Ordnance Plant, operated by the Hudson Motor Car Company in Detroit, Michigan, learn how to sight guns on August 7, 1942. 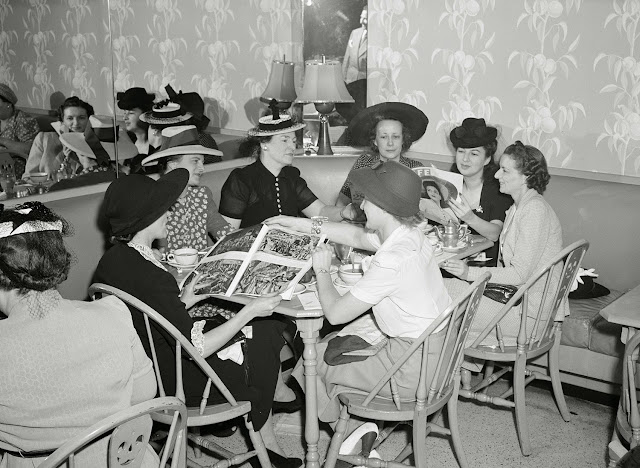 Detroit, Michigan. Shoppers at lunch at the Crowley-Milner department store in July of 1941. 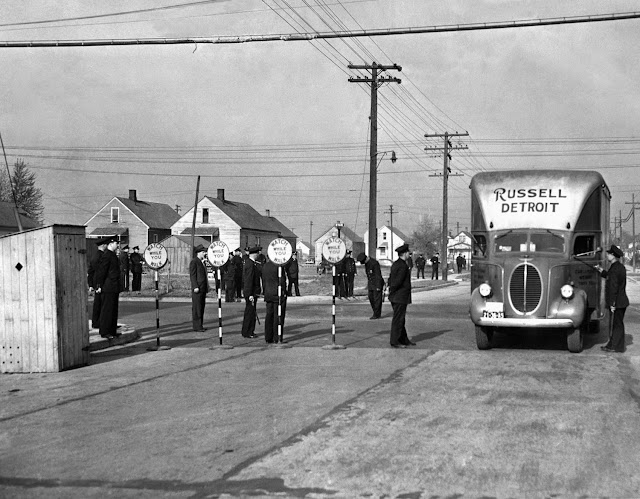 Guarded by more than 1,500 state troops, city and state police, moving vans carried the household goods of black families into Sojourners Truth, a federal housing project located in a white section of Detroit, on April 29, 1942. 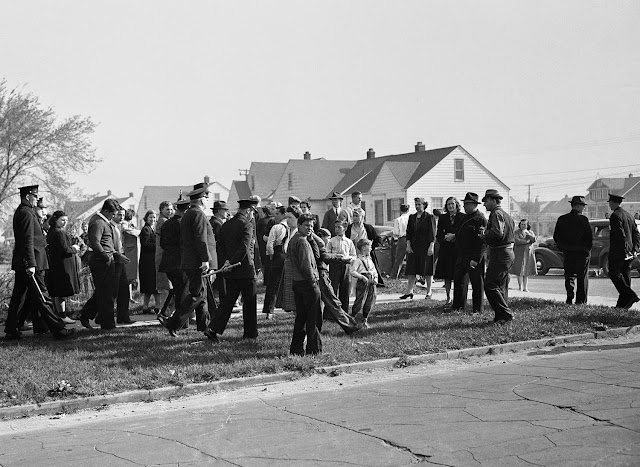 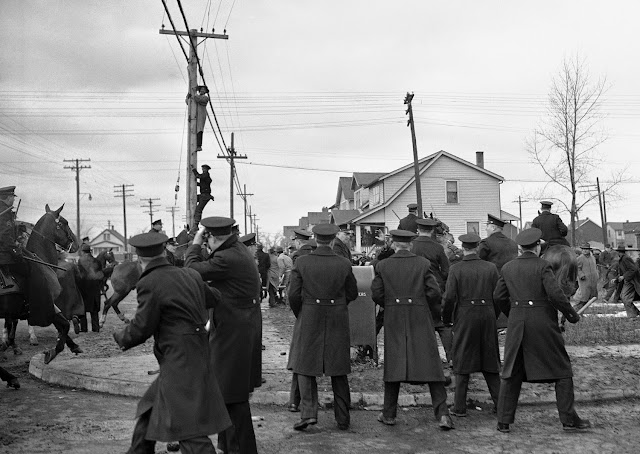 Stones flew despite a police riot squad's efforts to maintain order in Detroit, on February 28, 1942 between prospective Black tenants of a million-dollar defense housing project and white picketers who halted their moving vans. Several were hurt in the picket line skirmishes. 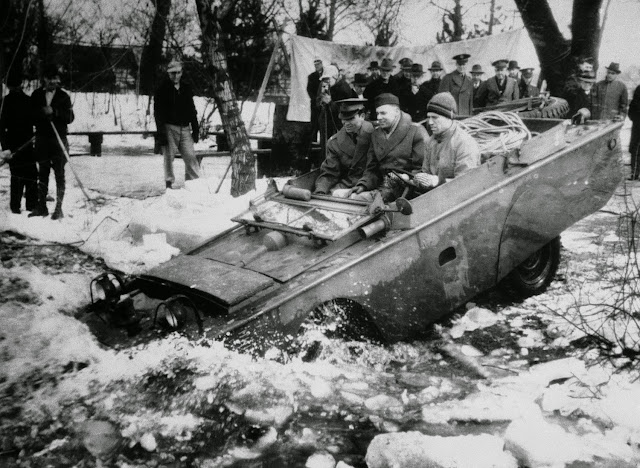 One of the newly-built quarter-ton four-wheel amphibian jeeps, produced for U.S. fighting forces, leaves solid ground for a test-run in an ice-clogged stream in the Detroit area on March 23, 1943. 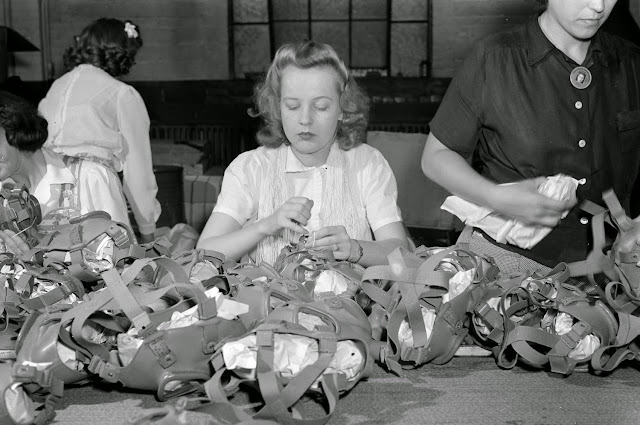 Gas mask production. Lacing head harnesses of gas masks after they have passed through all the stages of assembly and made ready for packaging, is the job of this young woman who works in the Eureka Vacuum factory which has been converted to war production. 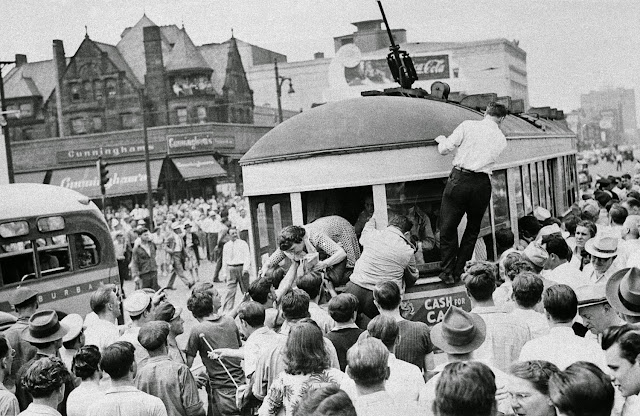 A woman passenger climbs out of the rear window of a tram in Detroit, Michigan, on June 21, 1943, after a mob halted the car in an effort to remove the black passengers on board during race riots. 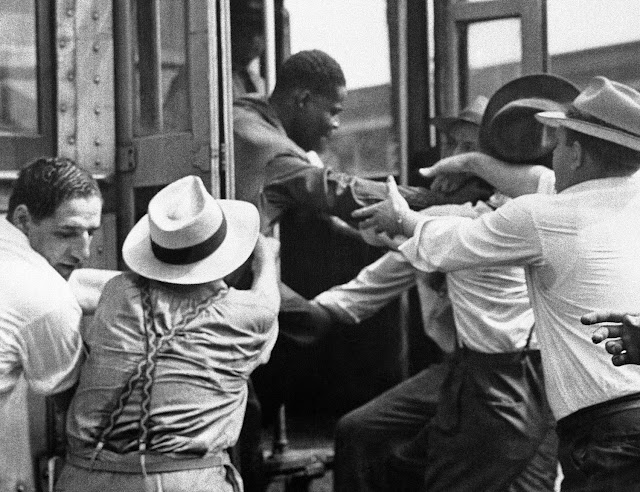 An African American man is dragged from a street car near the downtown section of Detroit on June 21, 1943, and continued to battle in the streets. Military rule in the city was established in an effort to halt the fighting. 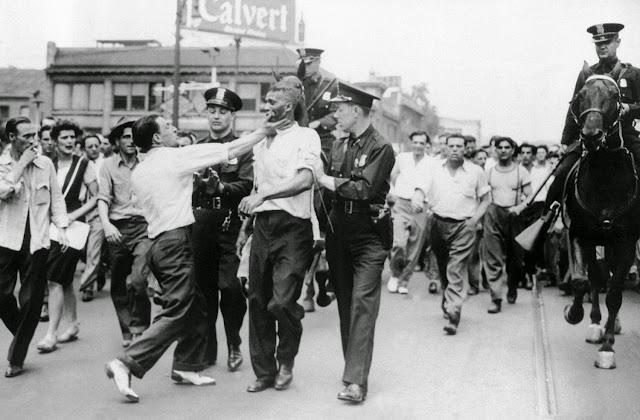 Police attempt to break up an incident as race rioting flared in the downtown area of Detroit on June 21, 1943. Troops were called in at the request of Michigan Governor Harry F. Kelly when police were unable to stop the fighting. 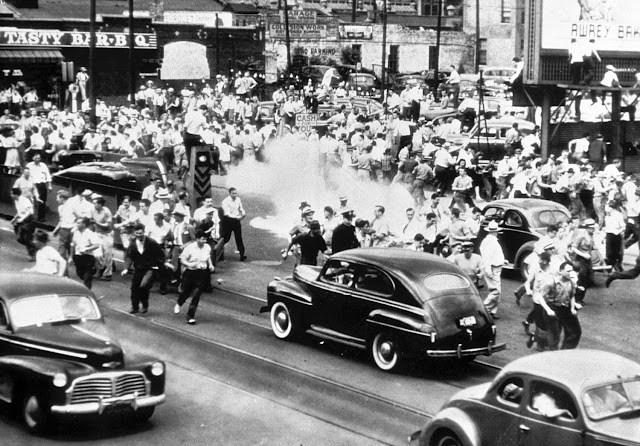 Police use tear gas to disperse a crowd gathered on the main street of Detroit, Michigan, in an effort to halt race rioting on June 21, 1943. 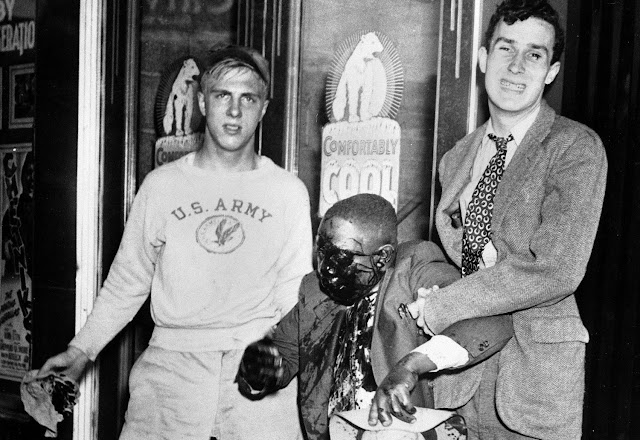 Two youths help a black man to his feet after he was badly beaten in street fighting which marked race riots in Detroit, Michigan, on June 21, 1943. 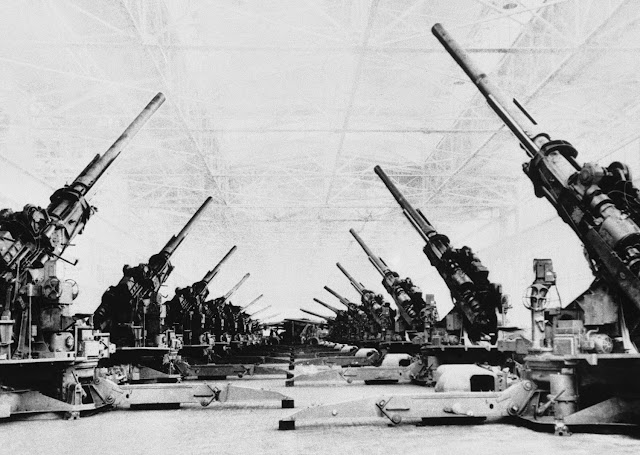 Huge anti-aircraft guns, the U.S. Army’s new powerful Stratosphere guns, are lined up in the final assembly area of the Grand Rapids stamping division of Fisher Body in Detroit on June 1, 1944, prior to shipping. 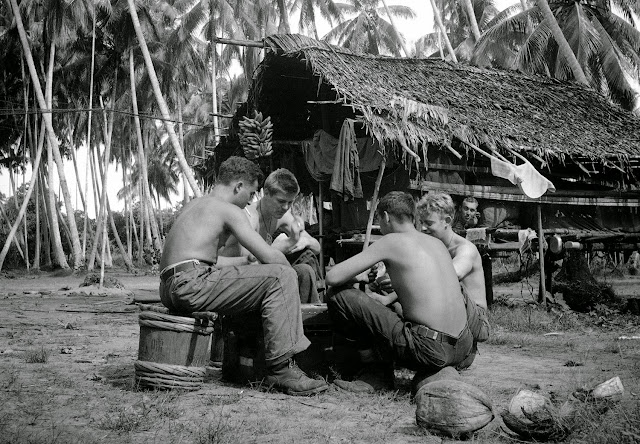 U.S. soldiers from every state shipped off to war. Here, after taking part in the fighting, soldiers (two from Detroit) relax by playing cards in a palm grove behind the lines at Buna, New Guinea on January 13, 1943. 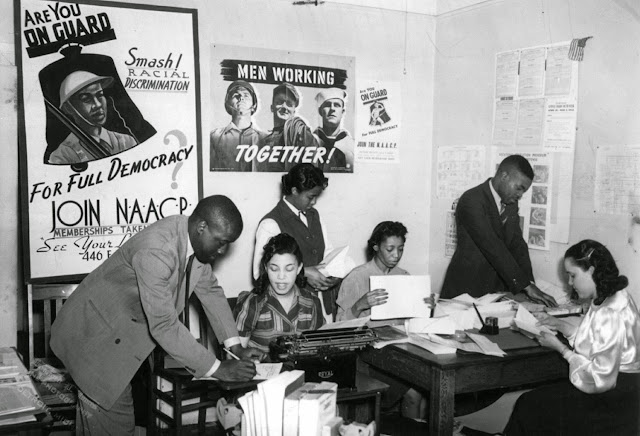 People work in the NAACP branch office in Detroit, Michigan, in the 1940s. 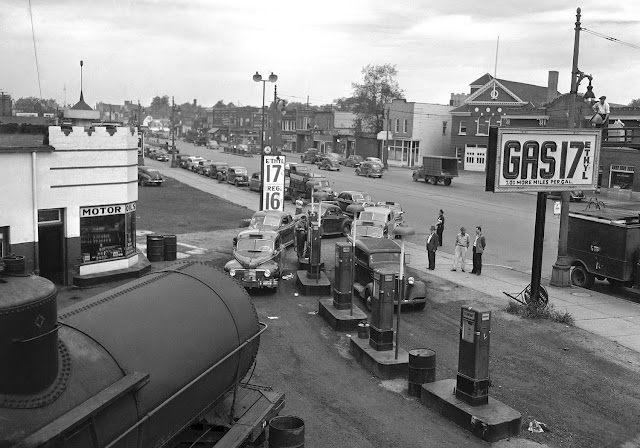 Motorists line a street waiting to buy gasoline at 17 cents per gallon at this station in Detroit on September 24, 1945. 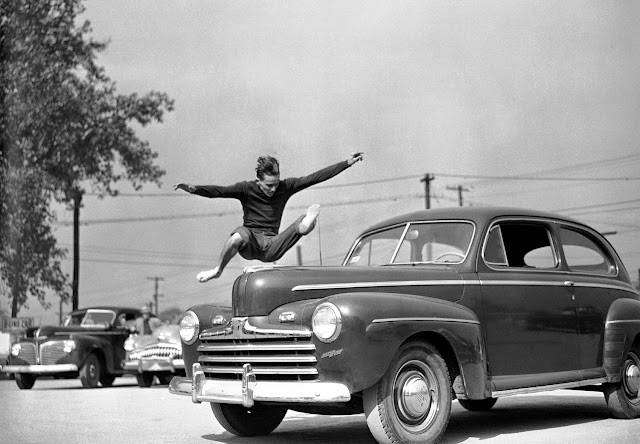 Jockey Freddie “The Fleet” Wirth, a 21-year-old from Louisville, Kentucky, demonstrates how he picked up some extra money in Detroit, when he bet fellow riders he could clear the hood of an automobile, October 29, 1949. 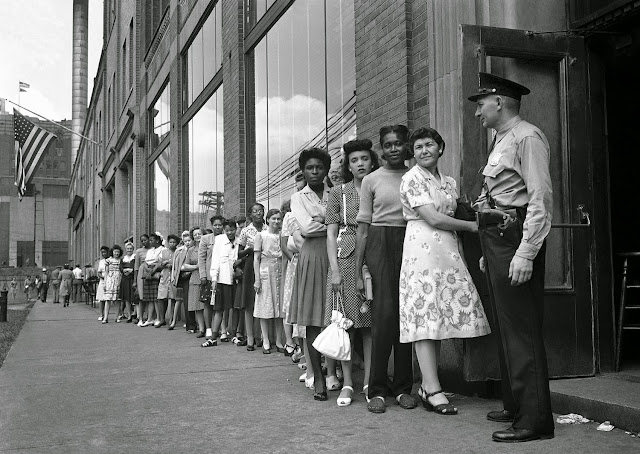