28 Classic Portrait Photos of Sally Rand, the Most Scandalous Burlesque Icon of the 1930s

Sally Rand (1904-1979) was a burlesque dancer and actress, most noted for her ostrich feather fan dance and balloon bubble dance. She also performed under the name Billie Beck.

Sally was interested in dance from an early age and, literally, ran away with a carnival as a teenager. She later pursued such career opportunities as night club cigarette girl, artist's model, and cafe dancer. Sally Rand was the first burlesque dancer to become famous for her fan dance, and she was also arrested because of it.

Her most famous appearance was at the 1933 Chicago World's Fair, which was entitled Century of Progress. She would play peek-a-boo with her body by manipulating her fans in front and behind her, like a winged bird as she swooped and twirled on the stage, usually to "Clair de Lune". She was arrested four times in a single day during the fair due to perceived indecent exposure after a fan dance performance and while riding a white horse down the streets of Chicago, where the nudity was only an illusion, and again after being bodypainted by Max Factor, Sr. with his new makeup formulated for Hollywood films. She also conceived and developed the bubble dance, in part to cope with wind while performing outdoors.

She was arrested twice in San Francisco in 1946; while performing at Club Savoy, she was arrested by six police officers in the audience as she danced, seemingly nude, in silhouette behind a large white fan; the judge, Daniel R. Shoemaker, granted her immunity should she be arrested for the same offense while on trial; however she was arrested during a night of the trial while performing her act, despite her immunity and the fact that she was wearing long underwear and a note that read "CENSORED. S.F.P.D." that time. In an unusual move, the judge viewed her performance at the Savoy and cleared her of all charges after deeming that "anyone who could find something lewd about the dance as she puts it on has to have a perverted idea of morals".

In the early '50s she was traveling with a 17-member troupe around the midwest appearing at state fairs and small theaters. Edith Dahl, accompanied Miss Rand's famous fan dance, the finale of the show, on the violin and "cracked a few jokes." According to local newspaper accounts, Miss Rand's large white fathered fans acted as "a guard to keep too much of mother nature from showing." "Smutty jokes" were at minimum in the afternoon performances." The tour was across Oklahoma and Texas then west toward Washington before returning east. She refused to divulge her age to reporters at the time but was known to be approaching 50.

She continued to appear on stage doing her fan dance into the 1970s. Rand once replaced Ann Corio in the stage show, This Was Burlesque, appeared at the Mitchell Brothers club in San Francisco in the early 1970s and toured as one of the stars of the 1972 nostalgia revue "Big Show of 1928," which played major concert venues, including New York's Madison Square Garden. Describing her 40-year career, Rand said, "I haven’t been out of work since the day I took my pants off." 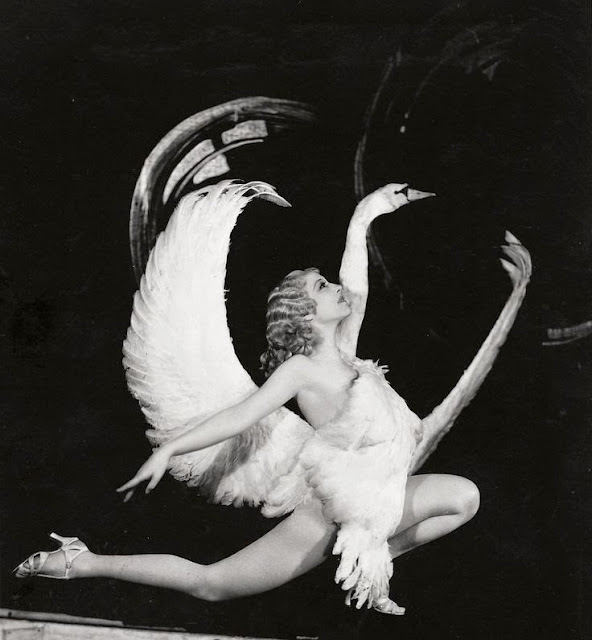 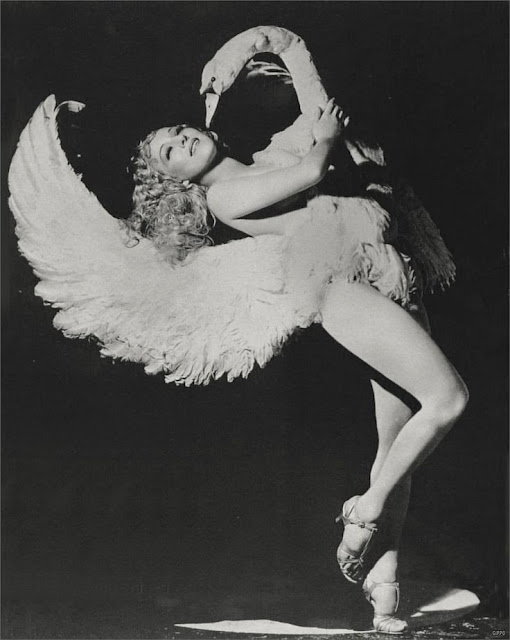 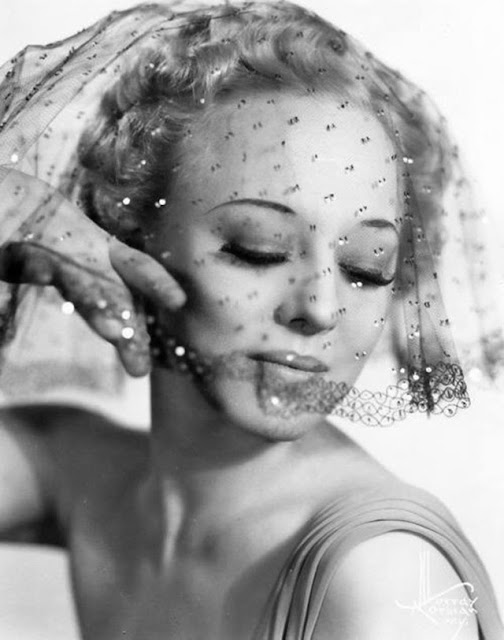 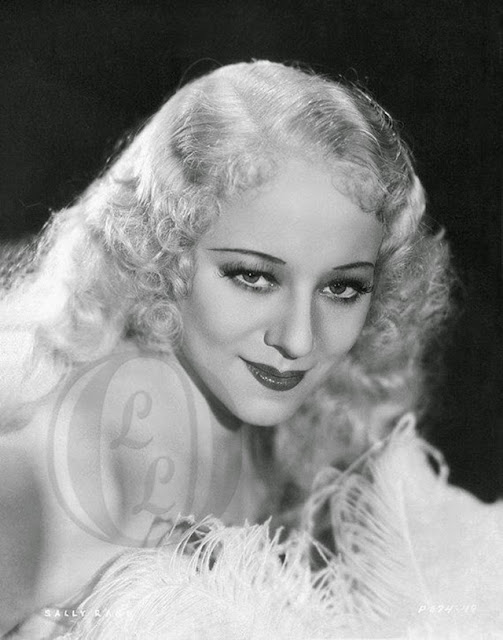 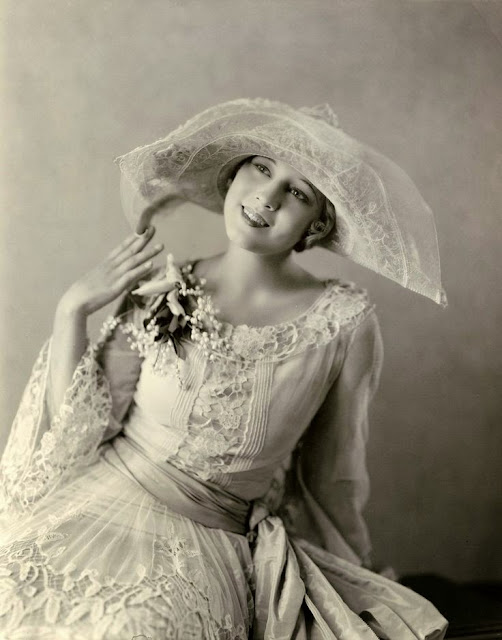 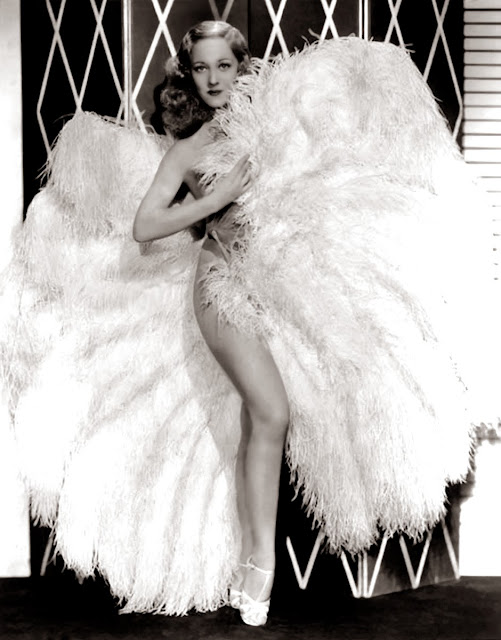 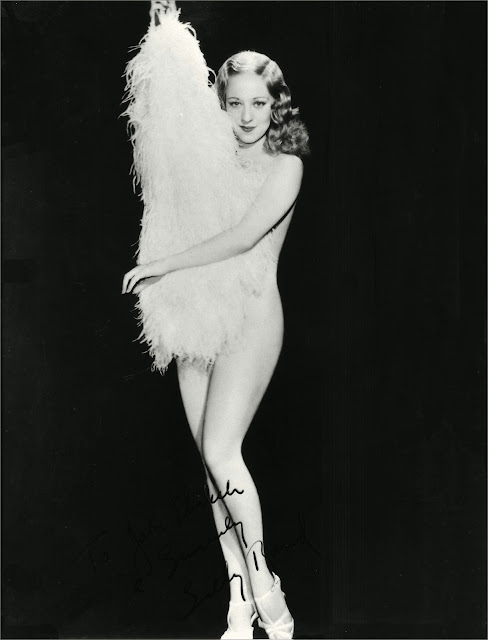 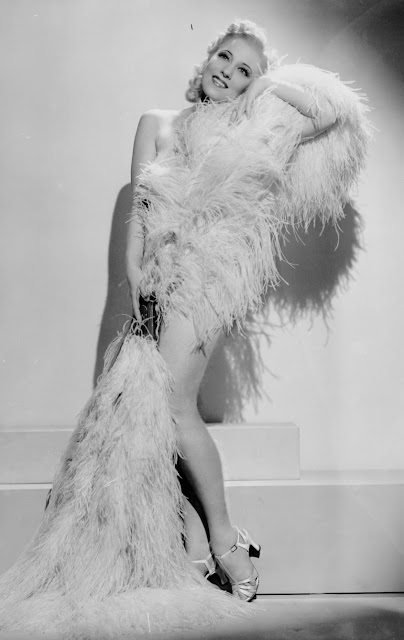 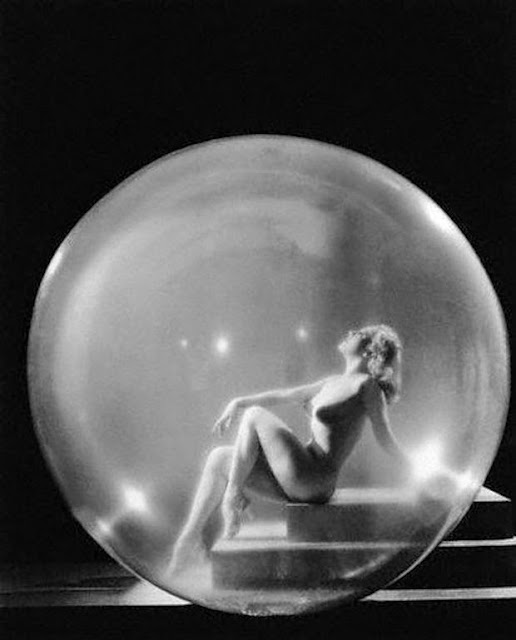 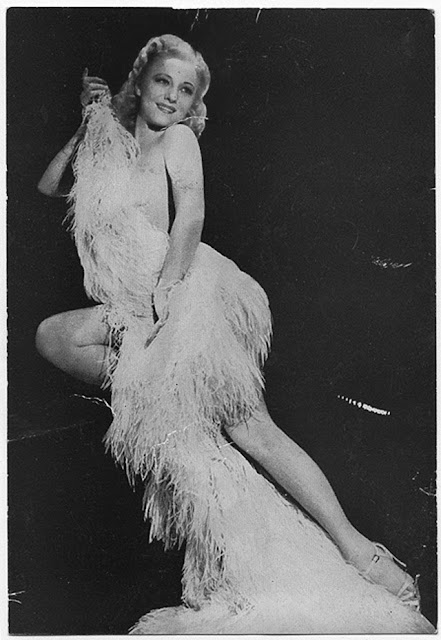 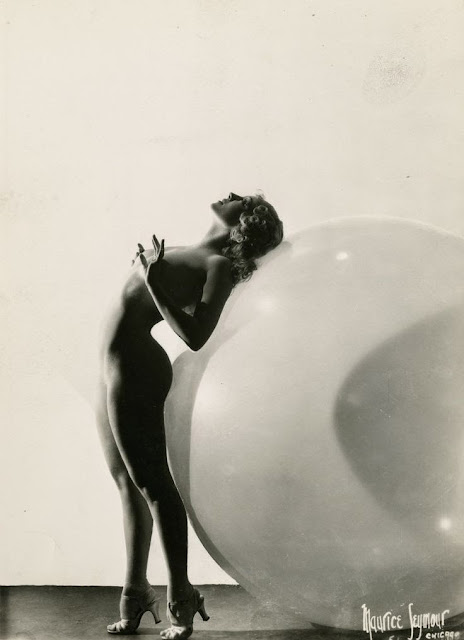 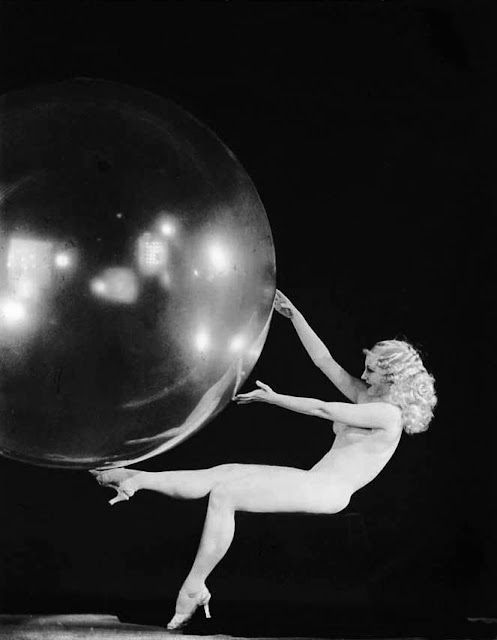 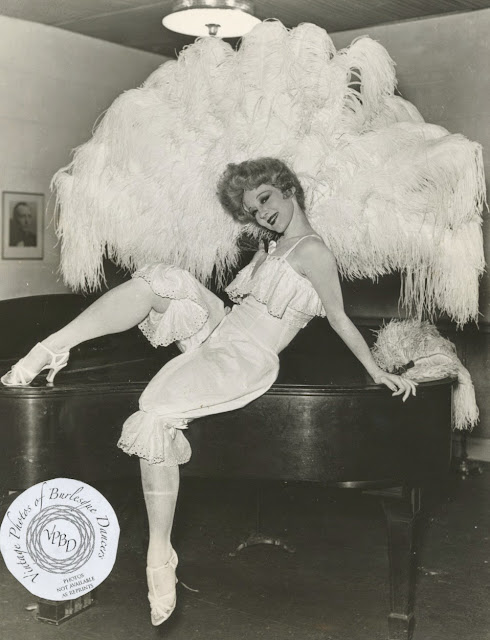 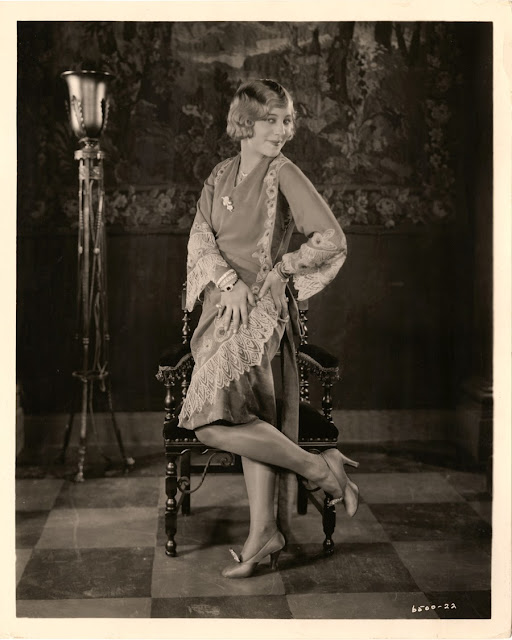 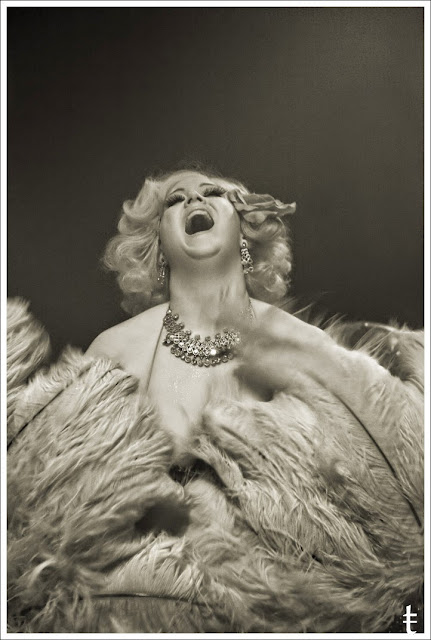 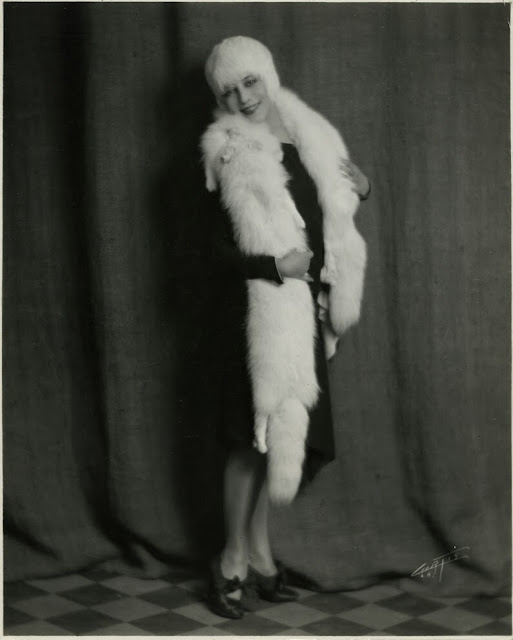 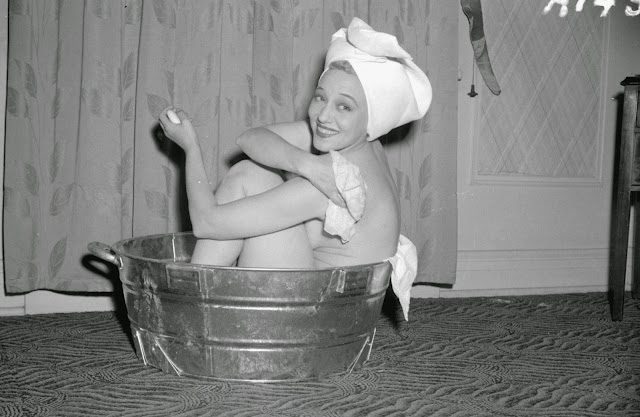 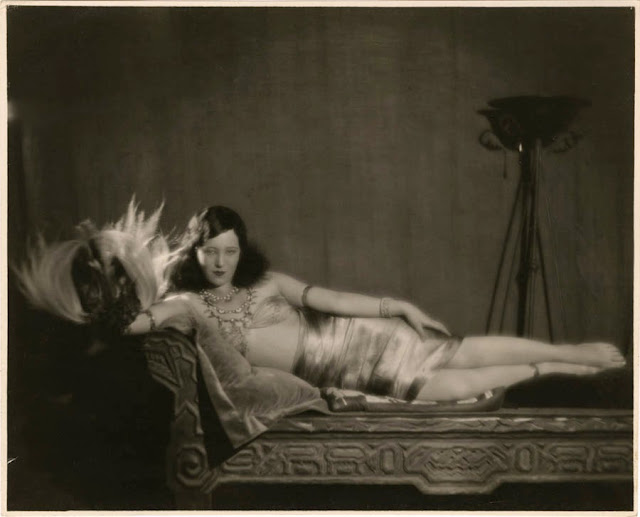 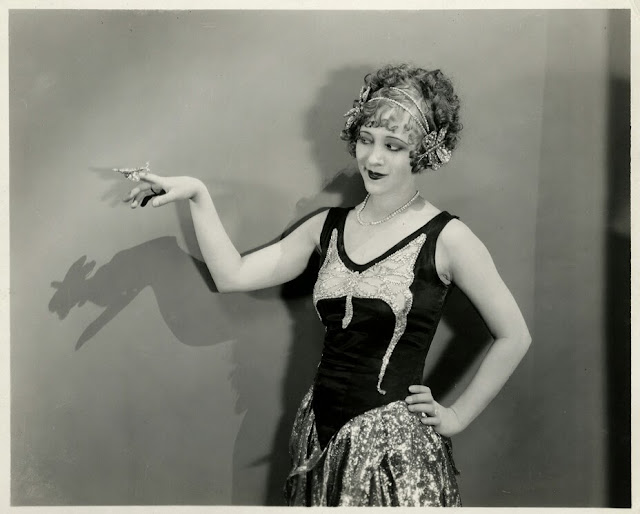 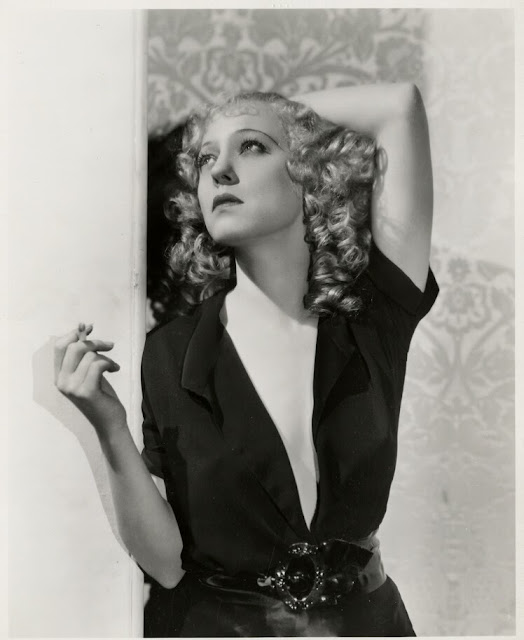 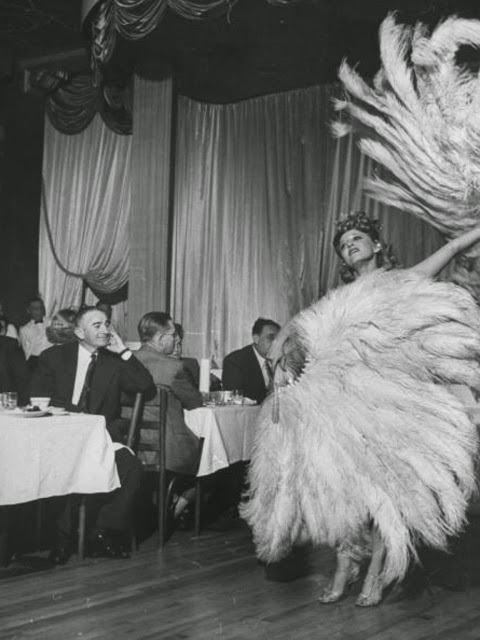 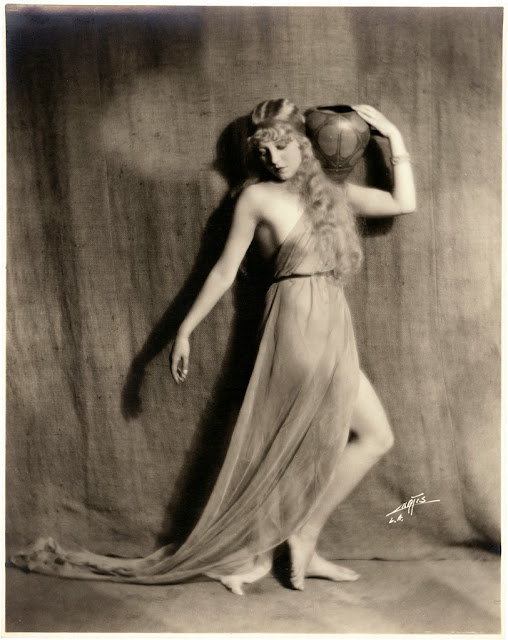 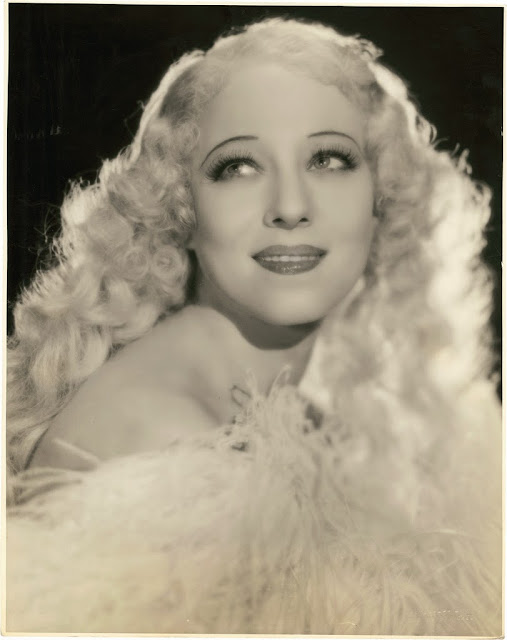 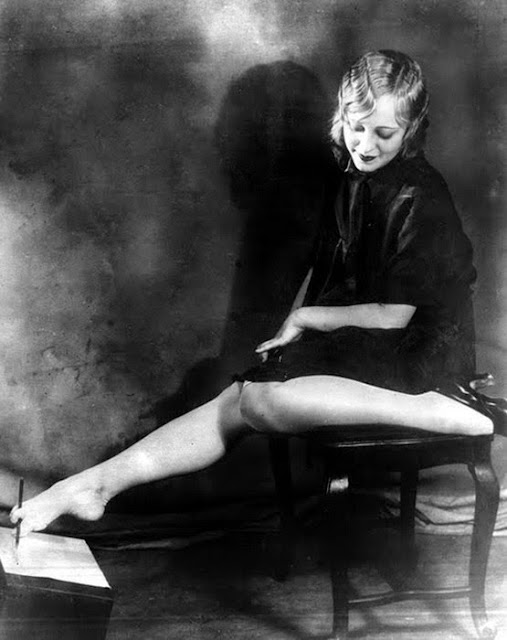 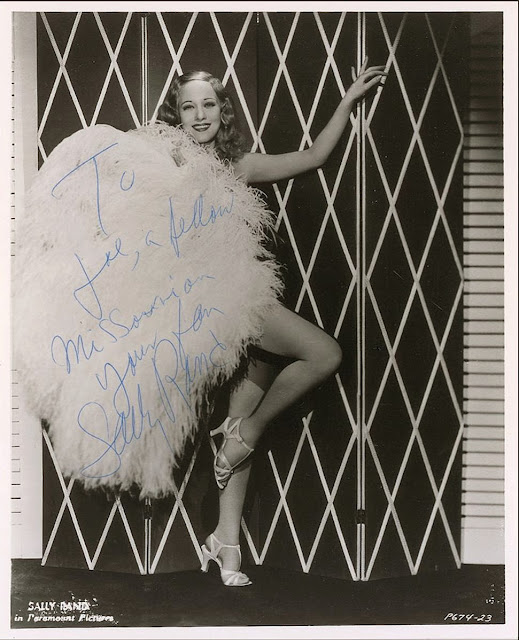 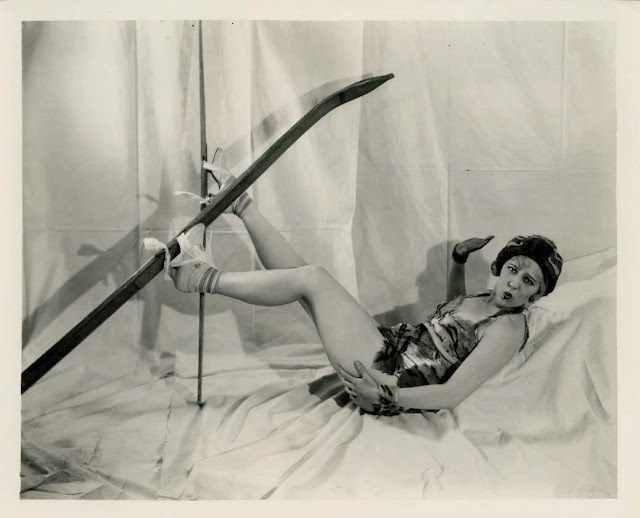 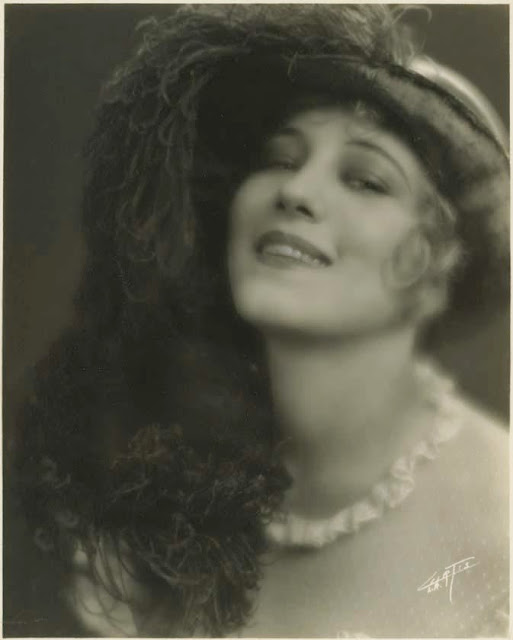 Posted by Yesterday Today at 3:39 PM