One common technique used by the tobacco industry to reassure a worried public was to incorporate images of physicians in their ads. The none-too-subtle message was that if the doctor, with all of his expertise, chose to smoke a particular brand, then it must be safe. Unlike with celebrity and athlete endorsers, the doctors depicted were never specific individuals, because physicians who engaged in advertising would risk losing their license. (It was contrary to accepted medical ethics at the time for doctors to advertise.) Instead, the images always presented an idealized physician wise, noble, and caring who enthusiastically partook of the smoking habit. All of the doctors in these ads came out of central casting from among actors dressed up to look like doctors. Little protest was heard from the medical community or organized medicine, perhaps because the images showed the profession in a highly favorable light. This genre of ads regularly appeared in medical journals such as the Journal of the American Medical Association, an organization which for decades collaborated closely with the industry. The big push to document health hazards also did not arrive until later.

The ads in this particular theme are all from a single R. J. Reynolds campaign which ran from 1940 to 1949 and claimed that More Doctors smoke Camels. In the majority of these advertisements, the More Doctors campaign slogan was included alongside other popular Camel campaigns such as T-Zone ( T for Throat, T for Taste ), More people are smoking Camels than ever before, and Experience is the Best Teacher. In this way, Camel was able to maintain consistency across its advertisements.

Within the More Doctors campaign, a story can be told through a series of advertisements. The story documents a young boy s journey following in his father s footsteps into the field of medicine. In the first ad of this series, an obstetrician tells his little boy, Now Daddy has to go to another birthday party, son as he leaves his son s party to deliver a baby. Next, a doctor tells his grown-up boy, It s all up to you, son, as the young man decides whether or not to follow a career in medicine. Then, the young medical student, class of 46, is joined by his father, class of 06 during a lecture. Later, the young man is an interne, not quite on his own yet. Finally, he is seen opening up his very own private practice in the company of his adoring wife. This storyline, though not explicit, works to further portray the doctor as a family man and a determined, committed, self-sacrificing individual.

In an attempt to substantiate the More Doctors claim, R.J. Reynolds paid for surveys to be conducted during medical conventions using two survey methods: Doctors were gifted free packs of Camel cigarettes at tobacco company booths and them upon exiting the exhibit hall, were then immediately asked to indicate their favorite brand or were asked which cigarette they carried in their pocket. 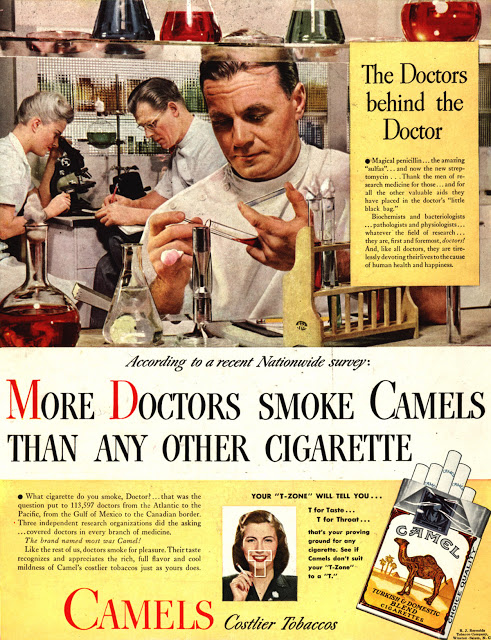 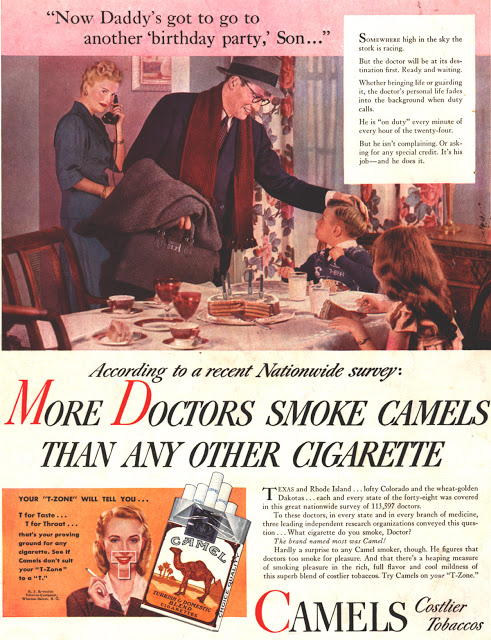 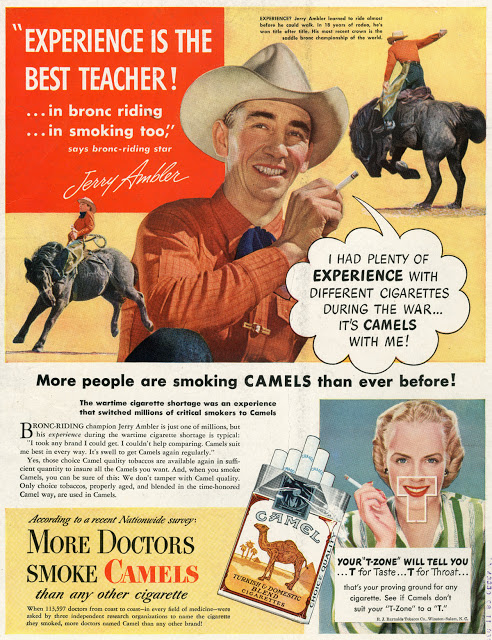 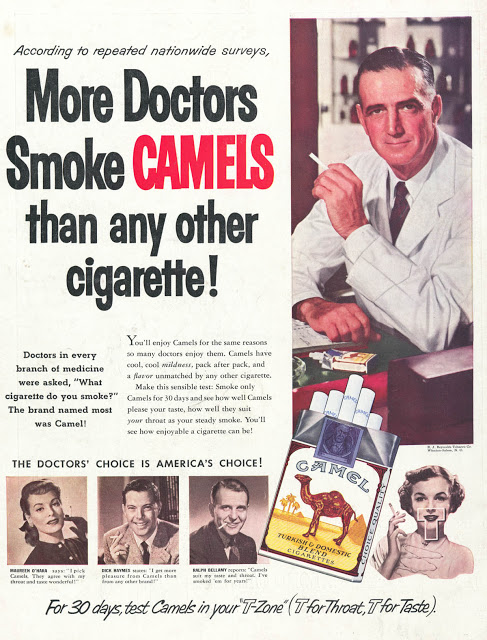 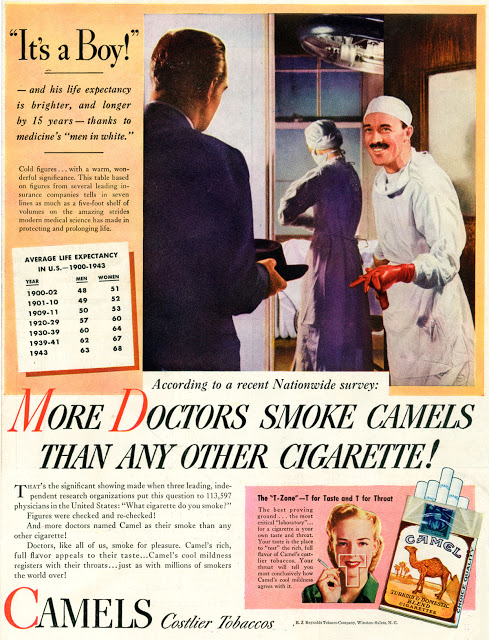 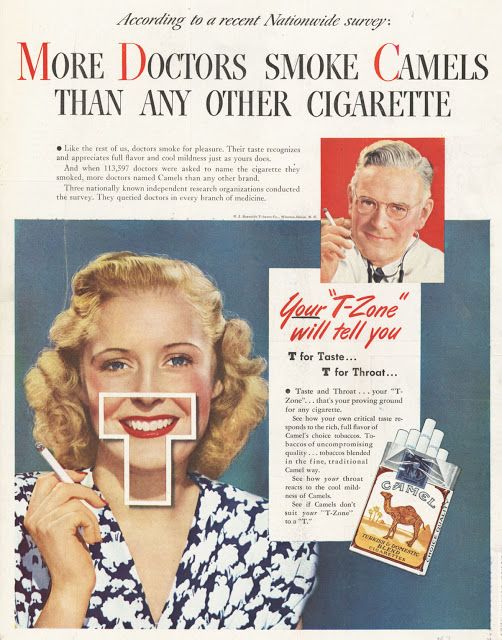 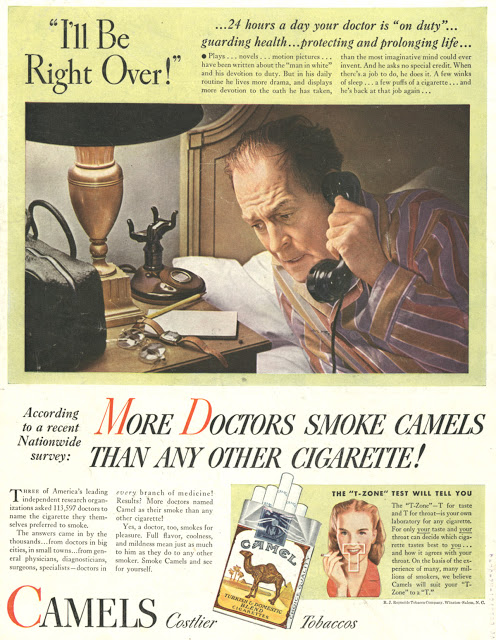 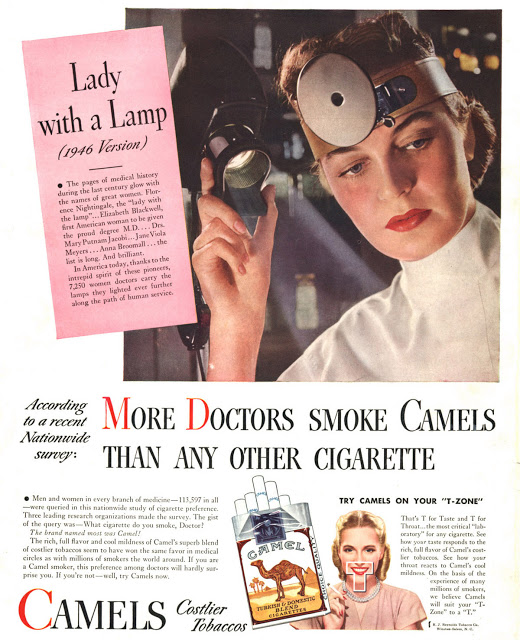 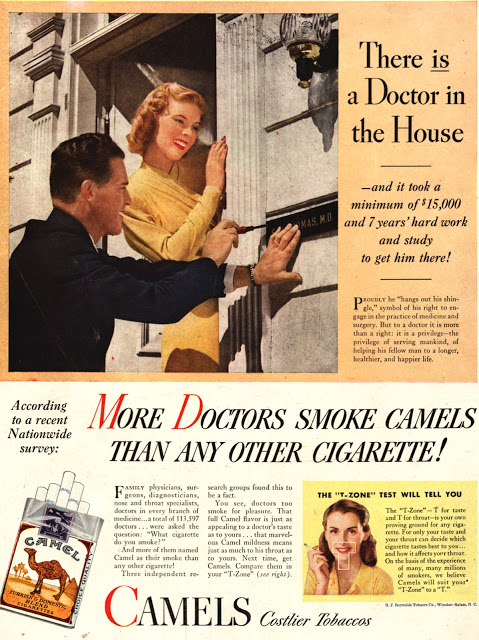 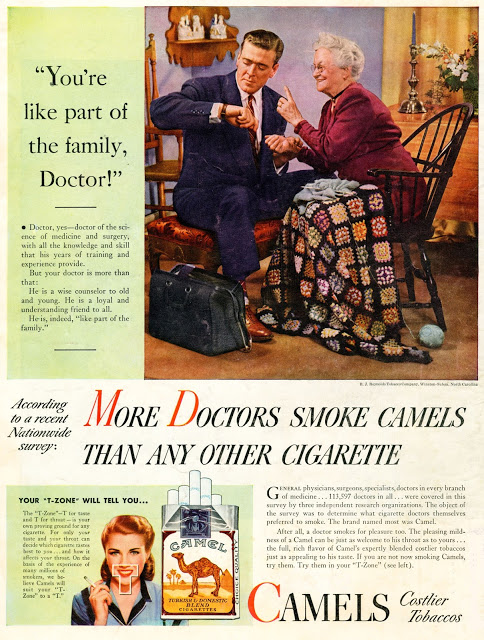 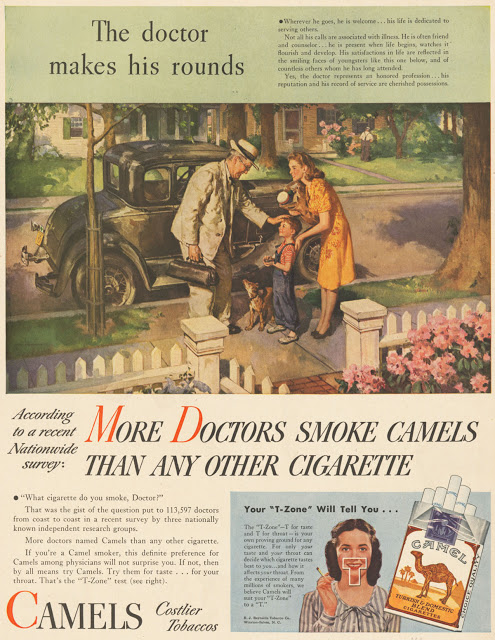 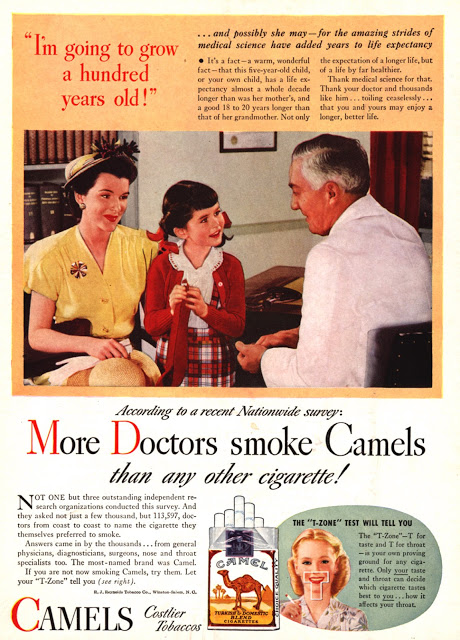 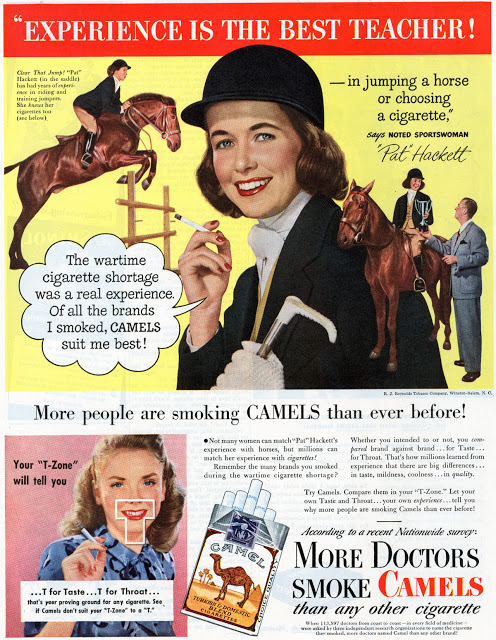 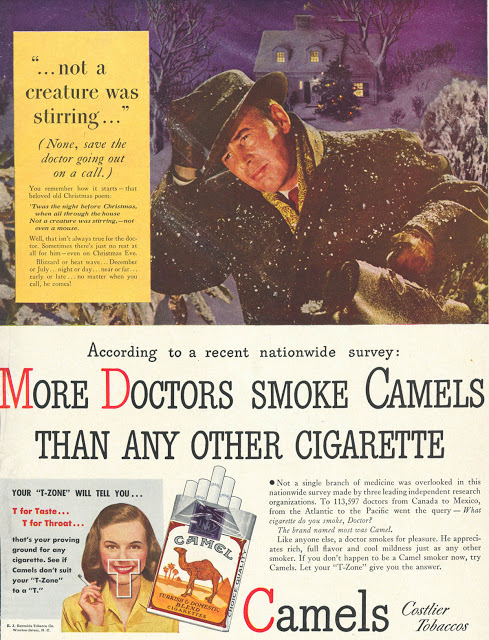 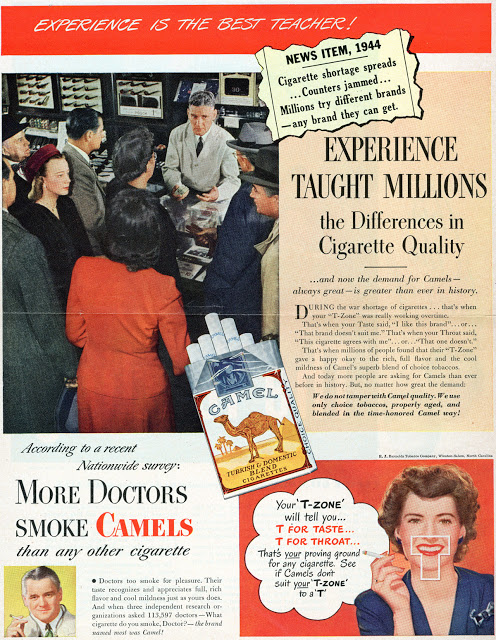 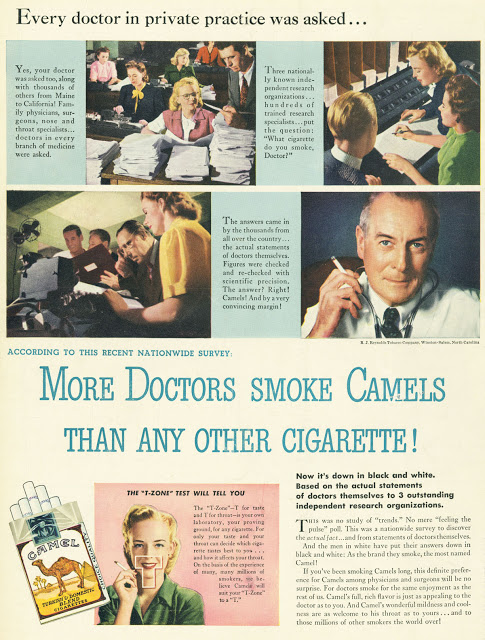 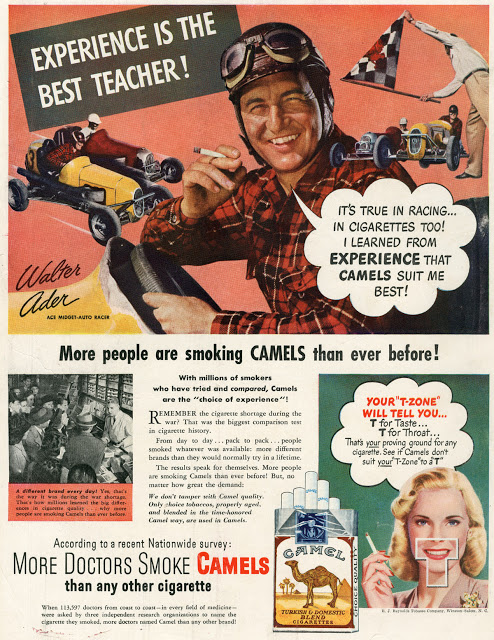 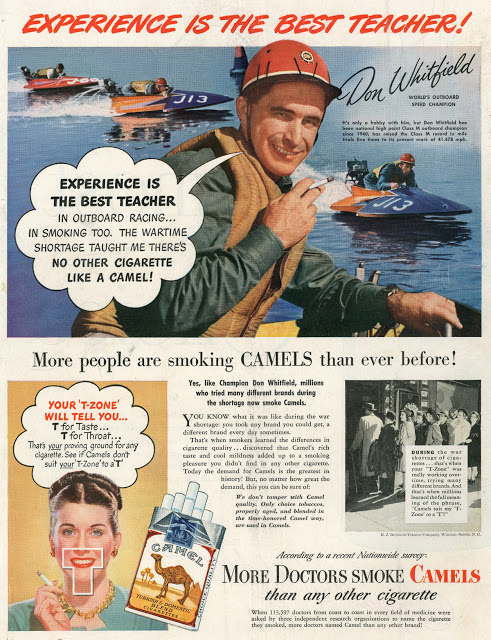 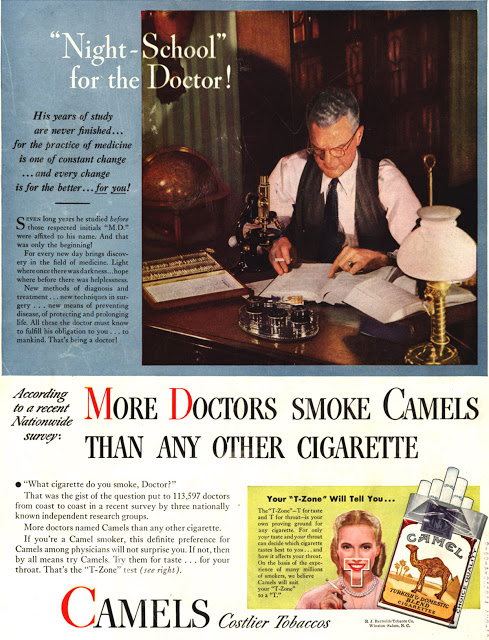 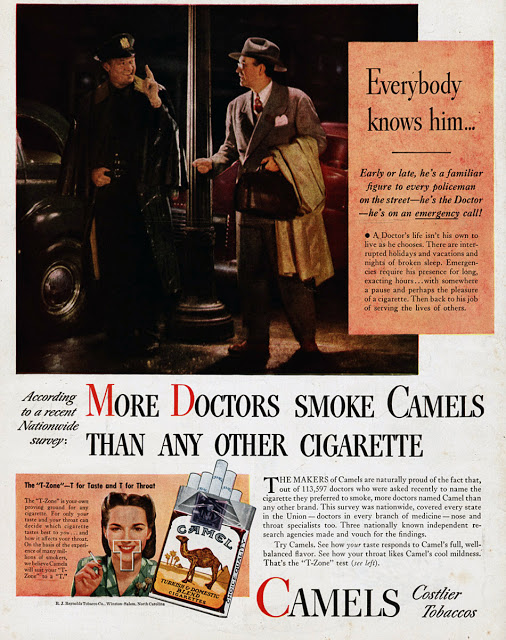 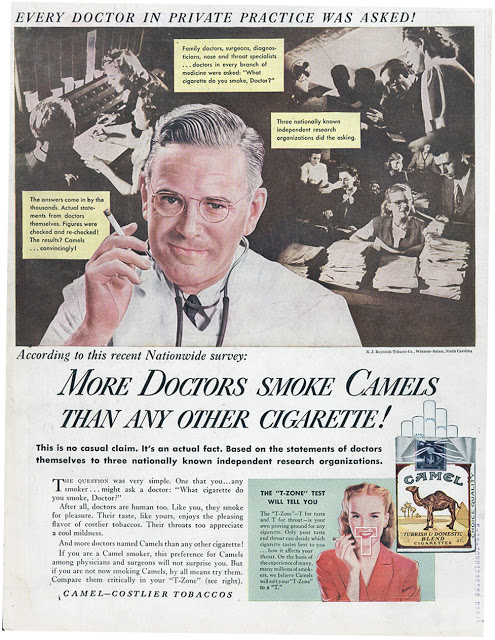 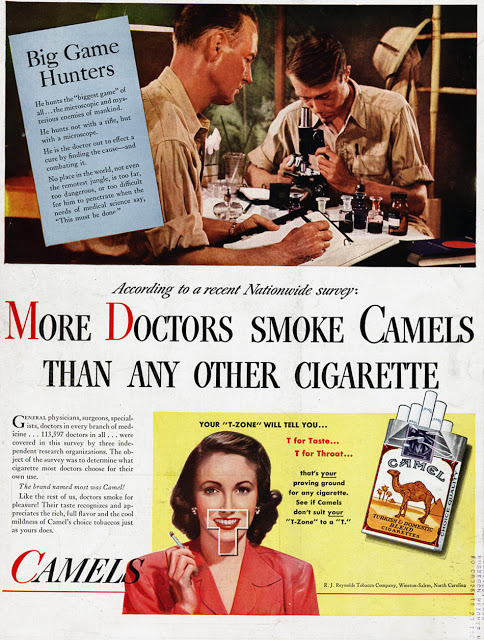 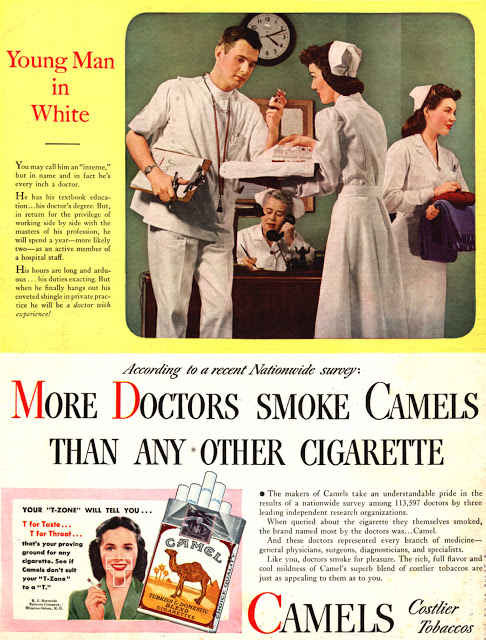 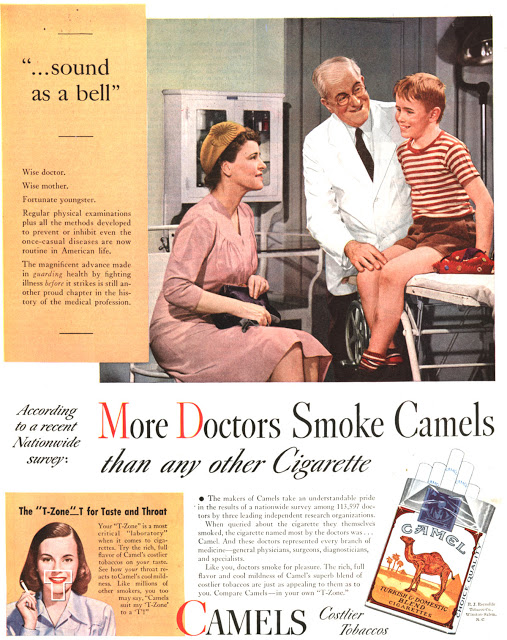 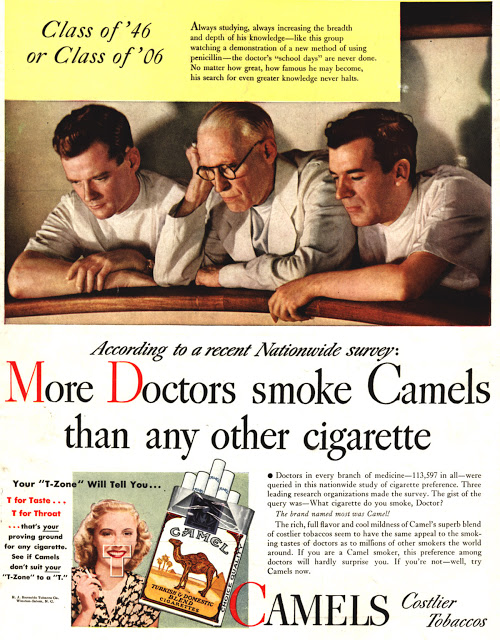 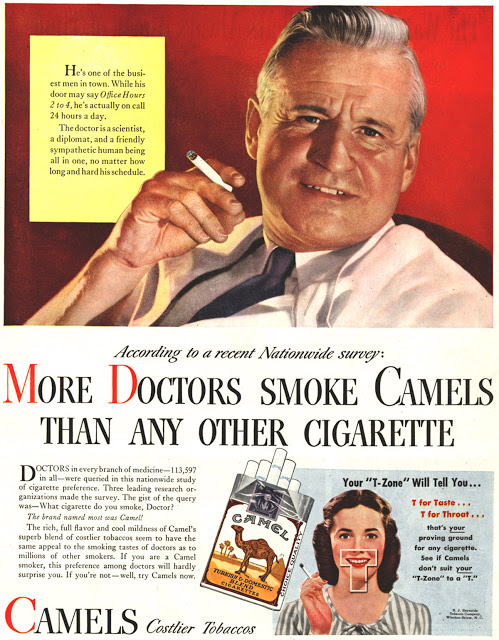 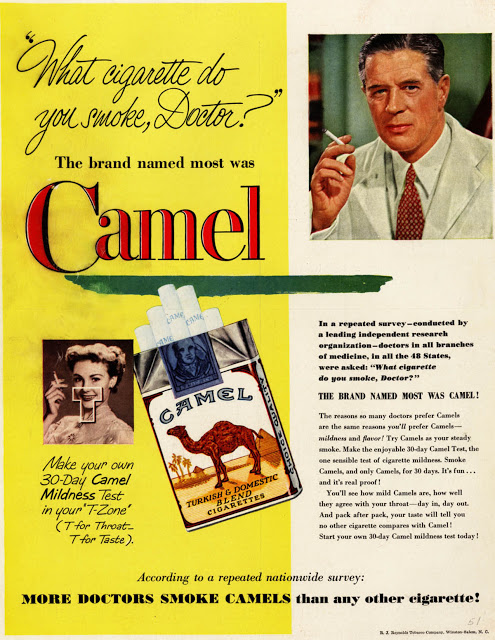 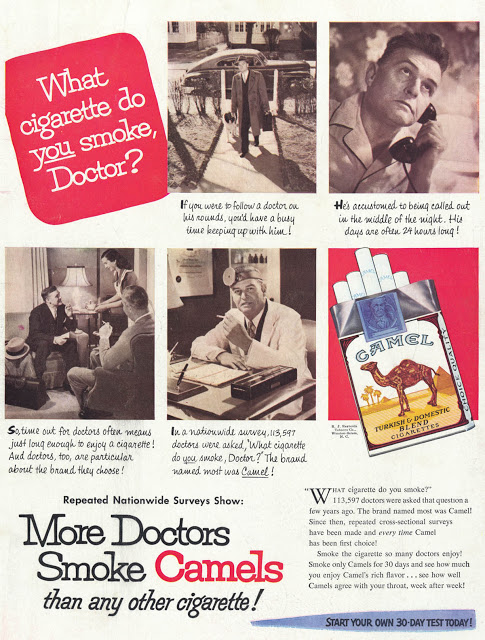 (via Stanford Research into the Impact of Tobacco Advertising; tobacco.stanford.edu)

Posted by Yesterday Today at 10:56 AM