In 1990, the late American photographer Mary Ellen Mark captured a photo titled “Amanda and her Cousin Amy,” which showed a 9-year-old girl named Amanda smoking a cigarette while standing in a swimming pool with her 8-year-old cousin, Amy. It’s a striking photo that became one of Mark’s most famous works, but have you ever wondered what became of the two girls? 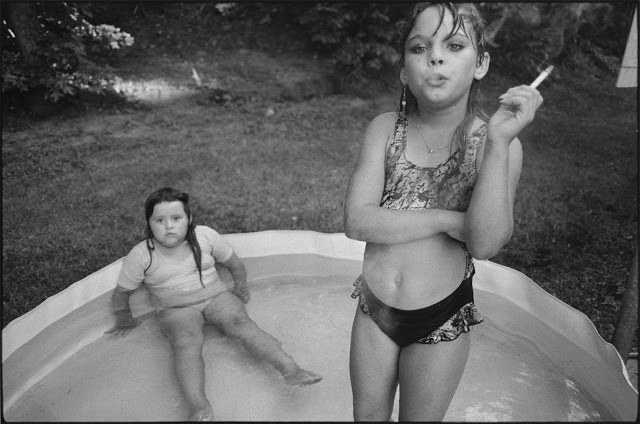 After Mary Ellen Mark passed away on May 25, 2015 in New York, NPR decided to dig into this particular photo and find out more about the subjects in the shot. Why was she smoking and wearing makeup and fake nails at age 9? What does she remember of the photo shoot? And what has happened since that sunny afternoon in 1990?

She now goes by Amanda Marie Ellison — her surname was Minton at the time of the photo and lives in Lenoir, North Carolina. She hasn’t quit smoking since the photo was taken nearly three decades ago, and indeed still remembers the photo.

Mark formed a bond with Ellison over multiple photo shoots, but after Mark left, she lost track of the photographer's name and phone number. For 25 years, she searched for the photo to no avail. It was only at the death of the photographer that Ellison had any news of her, via a Facebook post by her cousin.

In 1990, Mark had been sent to rural North Carolina by LIFE magazine to cover a school for “problem children.” Ellison was one of those children. “She’s my favorite,” Mark told British Vogue in 1993. “She was so bad she was wonderful, she had a really vulgar mouth, she was brilliant.”

Mark added: “I was something of a problem kid. I was emotional, wild, rebellious at school. I’m very touched by kids who don’t have advantages; they are much more interesting than kids who have everything. They have a lot of passion and emotion, such a strong will.” 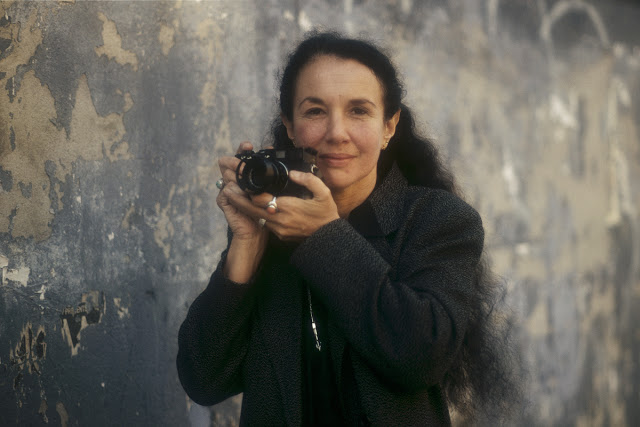 At that time, Ellison was living in a house in a poor neighborhood nicknamed “Sin City.” She said the rent was very low and that there were many addicts among the tenants. That’s when she started bumming cigarettes and smoking.

“If I couldn’t get [cigarettes], if somebody wouldn’t give them to me, yes, I’d steal a pack of cigarettes and be gone,” she said. “I’d sit in the woods and smoke ’til they were gone.”

At 11, she stayed with a foster family, then moved from home to home. She developed an addiction to hard drugs at the age of 16.

Since then Amanda Marie Ellison has been in prison, and still surrounded by fools and drugs. Although she said her daily life has improved, her fate remains far from the one she had imagined would be hers since the famous photograph.

Jeff Jacobson, a New York photographer and a friend of Mark, says she was not the type to give her subjects false impressions. But he says, “In any photographic encounter, the one person that always benefits and always is in a more powerful position and always knows more is the photographer.”

(via NPR.org)
Posted by Yesterday Today at 9:44 AM