When the North American continent was first colonized by Europeans, the land was vast, the work was harsh, and there was a severe shortage of labor. Men and women were needed to work the land. White bond servants, paying their passage across the ocean from Europe through indentured labor, eased but did not solve the problem. Early in the seventeenth century, a Dutch ship loaded with African slaves introduced a solution—and a new problem—to the New World. Slaves were most economical on large farms where labor-intensive cash crops, such as tobacco, could be grown.

By the end of the American Revolution, slavery had proven unprofitable in the North and was dying out. Even in the South the institution was becoming less useful to farmers as tobacco prices fluctuated and began to drop. However, in 1793 Northerner Eli Whitney invented the cotton gin; this device made it possible for textile mills to use the type of cotton most easily grown in the South.

It is almost impossible to believe it, but not so long ago in America you could find several businessmen in town squares across the South engaged in purchasing humans. These shocking pictures from the 19th century demonstrate the commonplace slave auctions that occurred before the Civil War purged slavery from the country.

In the 19th century, market days were held each week in the South and farmers brought livestock, and goods to sell. Alongside these items, people were also sold - just as if they were livestock... 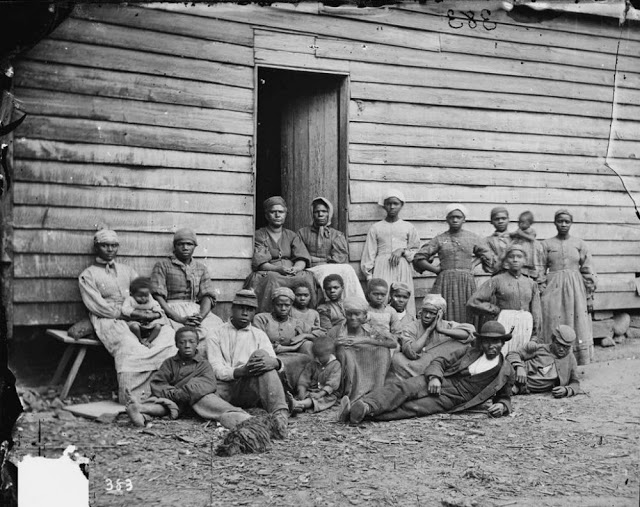 American slaves who managed to escape their imprisonment after fleeing the Confederacy and reached Union lines in Cumberland Landing, Virginia in 1861 - the same year when the momentous Civil War started. A photograph of what is believed to be a crowd of people gathered for a slave auction in Easton, Maryland, circa 1850s. 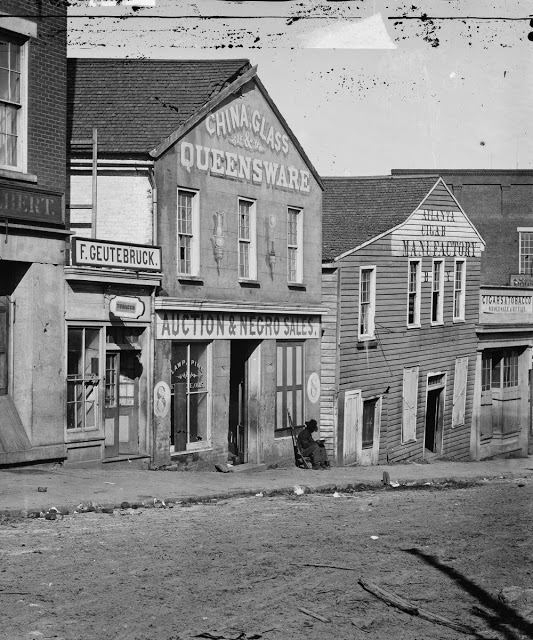 A building with a business advertising 'AUCTION & NEGRO SALES' in Whitehall Street, Atlanta, 1864, just one year before the South was crushed by the Union and slavery terminated as an institution in the United States. 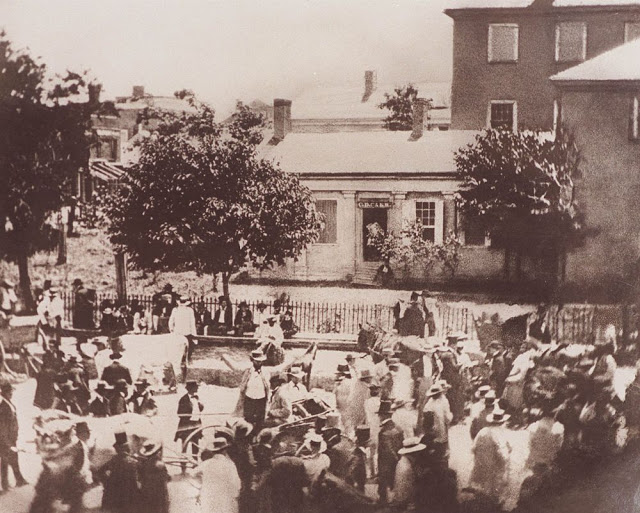 Photograph said to be taken during a slave auction in Cheapside Plaza in Lexington, Kentucky, circa 1862. 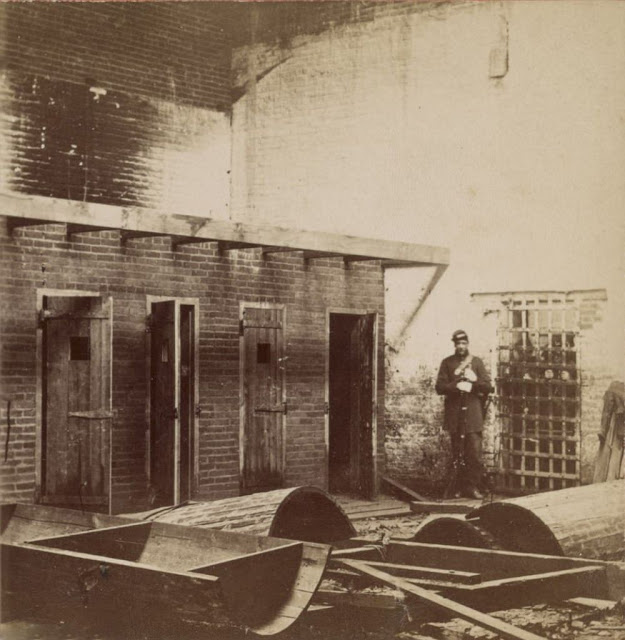 Interior of slave trader's in Alexandria, Virginia, with soldier, others behind grate. The original photo was taken sometime between 1861 and 1869. 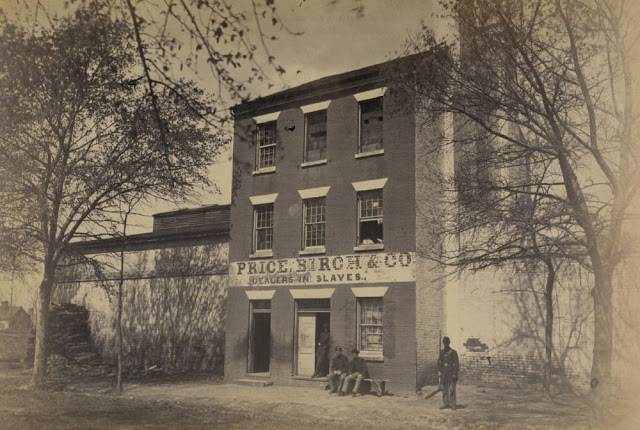 This photograph shows Price, Birch & Co, a slave dealership in Virginia that was captured by Union forces during the Civil War. Inside are pens where slaves were held before being auctioned. 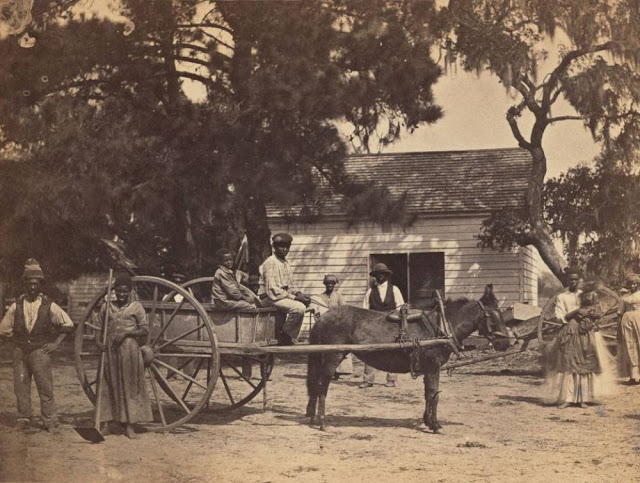 A group of slaves at the Cassina Point plantation on Edisto Island, South Carolina in 1862. 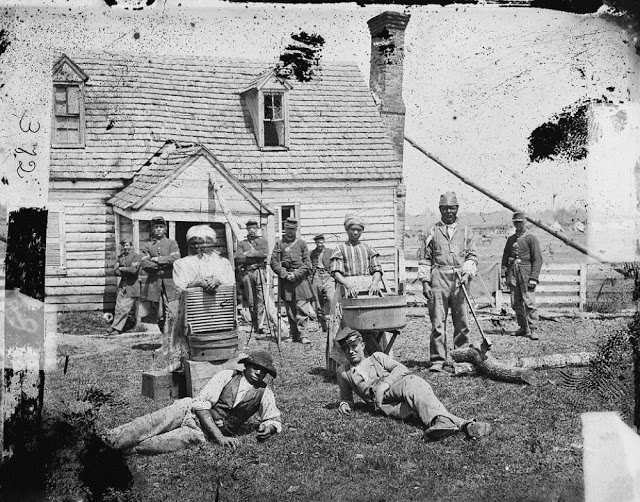 A group of slaves who made it to a Union-controlled part of the US during the American Civil War. They are pictured relaxing in Yorkstown, Virginia in 1861. 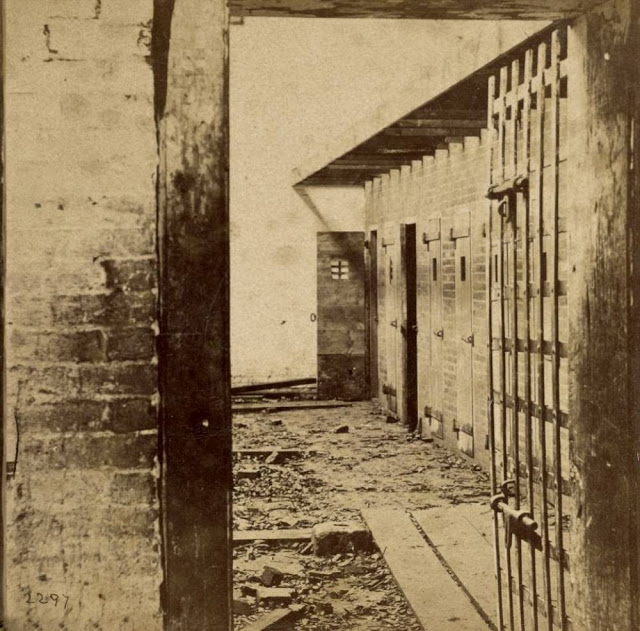 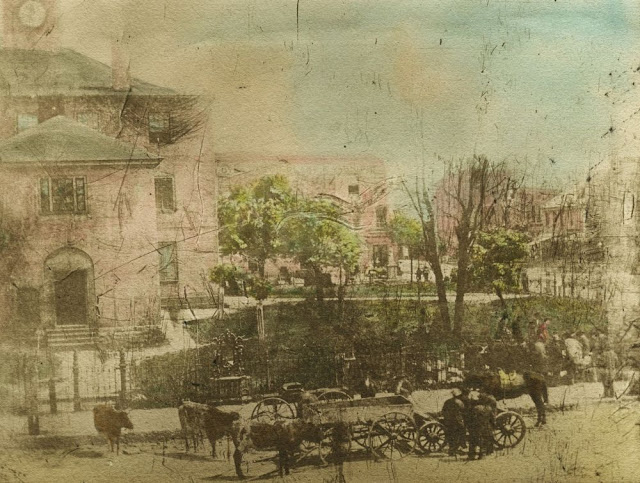 Hand-colored photograph said to be taken during the last public slave auction on Cheapside Street in Lexington, Kentucky, circa 1860s. 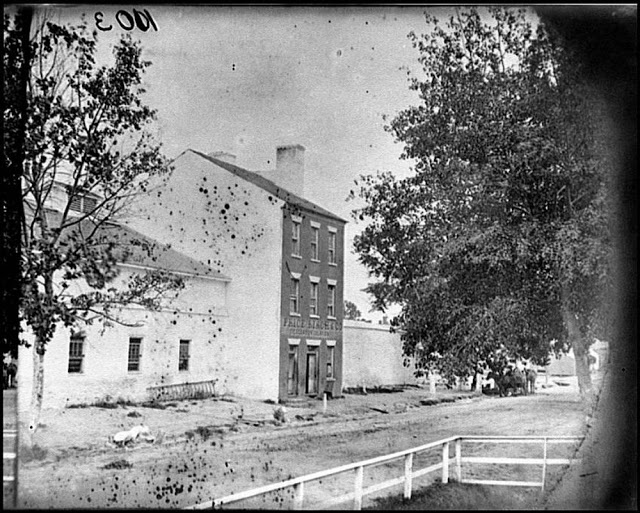 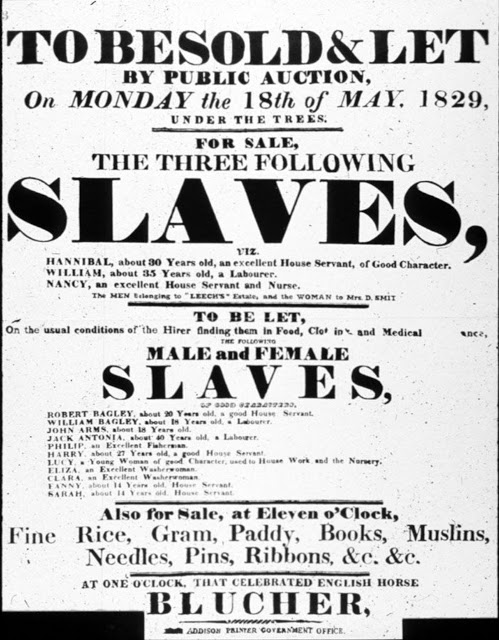 A poster of a slave auction in the British Atlantic Colony of St. Helena. The event was held May 18, 1829.

Posted by Yesterday Today at 11:36 AM