Amazing Photos of Chand Baori in Rajasthan, India, One of the Deepest and Largest Stepwells in the World

Chand Baori in Abhaneri village in eastern Rajasthan, India, is one of the most overlooked landmarks in the country. It is one of the oldest stepwells in Rajasthan, and is considered to be among the biggest in the world.

Chand Baori looks like anything but a well. This incredible square structure is 13 stories deep, and lined along the walls on three sides are double flight of steps. 3,500 narrow steps arranged in perfect symmetry descends to the bottom of the well 20 meters deep to a murky green puddle of water.

The Chand Baori stepwell was created to meet the following three objectives:
To be a water-harvesting collection.
To serve as an adjunct to the temple, as an object of sheer visual beauty.
To be a venue for the performing arts.
Built during the 8th and 9th century by King Chanda of Nikumbha Dynasty, provided the surrounding areas with a dependable water source for centuries before modern water delivery systems were introduced. As the green water at the base attests, the well is no longer in use, but it makes for an interesting stop-overstopover to an architecturally impressive structure that is over 1000 years old. There’s also a temple adjoining the well for visitors to explore.

Chand Baori has been used as a filming location for a number of films such as Bhoomi, The Fall, Bhool Bhulaiyaa, and The Best Exotic Marigold Hotel. It was also the inspiration for the prison “The Pit” used in The Dark Knight Rises. Though often incorrectly rumored to be filmed on site at Chand Baori, it was actually a set constructed at Cardington, UK. 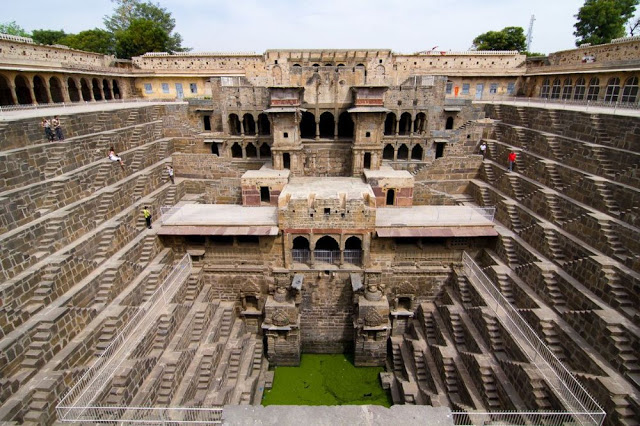 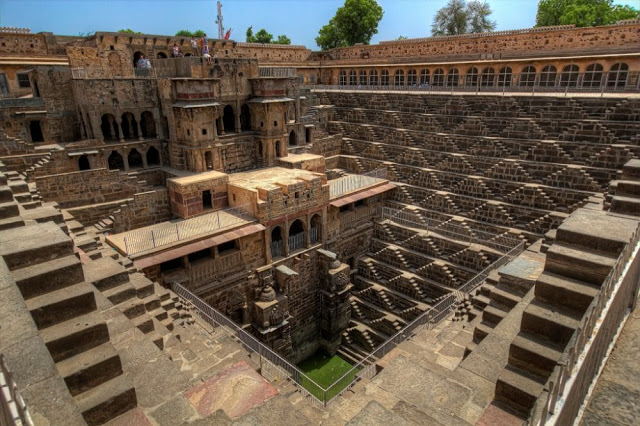 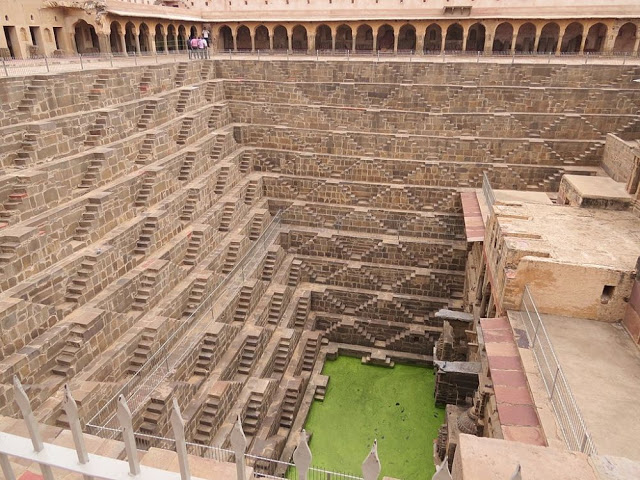 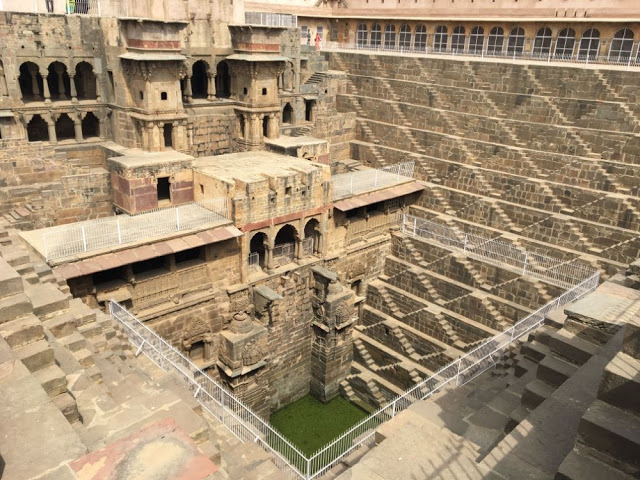 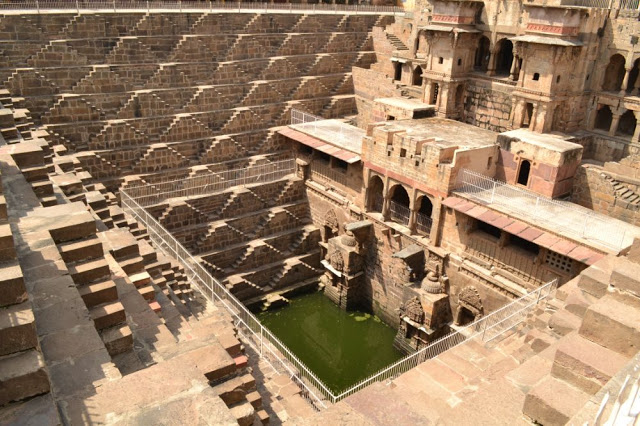 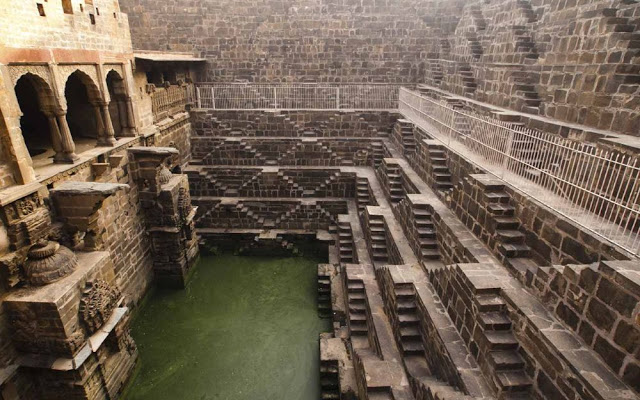 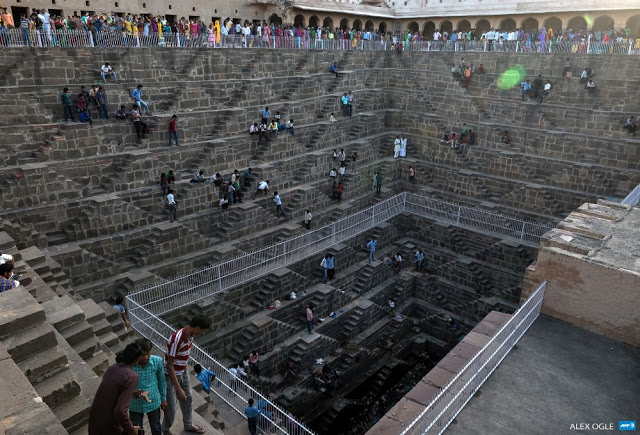 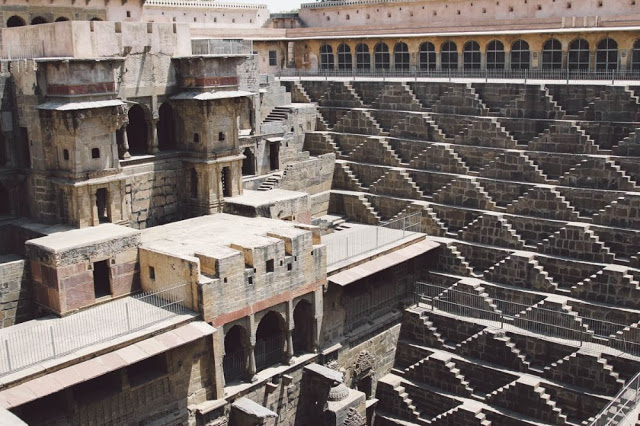 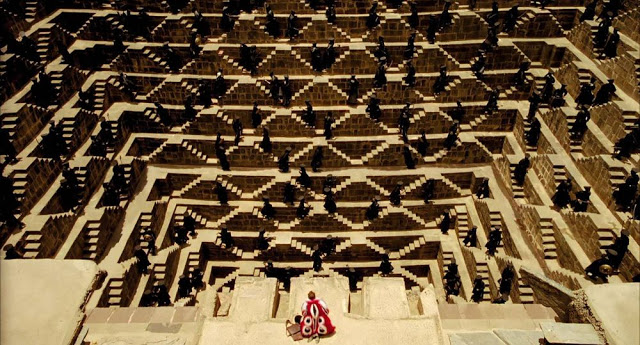 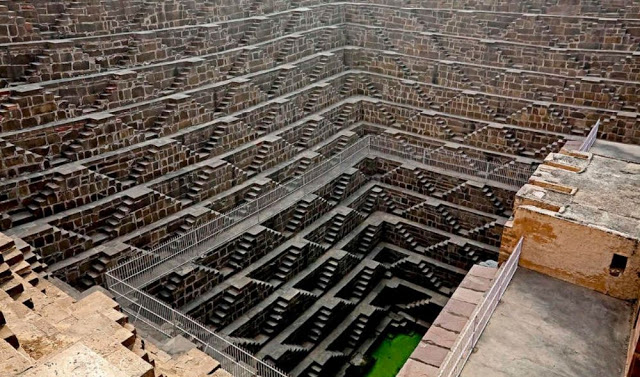