Some 156,000 Allied troops landed on five Normandy beaches during the operation on June 6, 1944, which would ultimately lead to the defeat of Nazi Germany and the end of the Second World War. It was the largest seaborne invasion in history and saw 4,400 allied troops lose their lives.

Striking shots show men storming French beaches under ominous grey skies for the invasion, glider pilots on landing craft, and British Airborne Pathfinders at Harwell checking their watches on the night of June 5, 1944, hours before the battle commenced.

The original black and white photographs were painstakingly colorized by electrician Royston Leonard, with each snap taking between four and five hours to complete.

“As time goes by I find I am doing more World War Two pictures and giving them a bit of colour helps the younger generation to connect and not just see them as something that happened long ago,” he said. “In the images I see a world that has gone mad and men and women pulled from their lives to sort out the mess. World War Two shows people at their best and at their worst. We must look and learn and not let it happen again.” 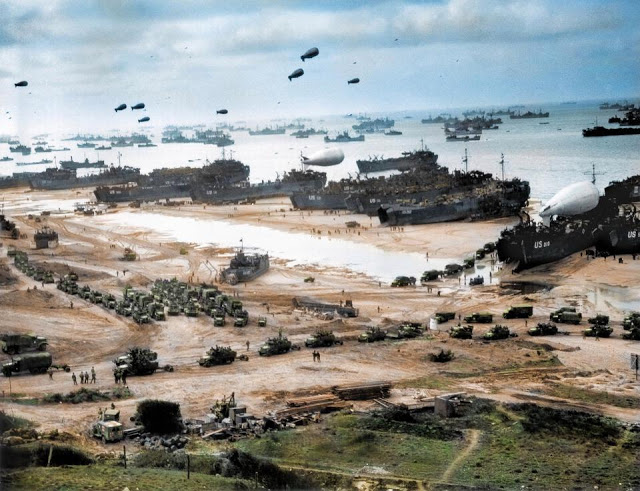 The astonishing scale of the invasion can be seen in this image taken of the American forces arriving on Utah Beach. 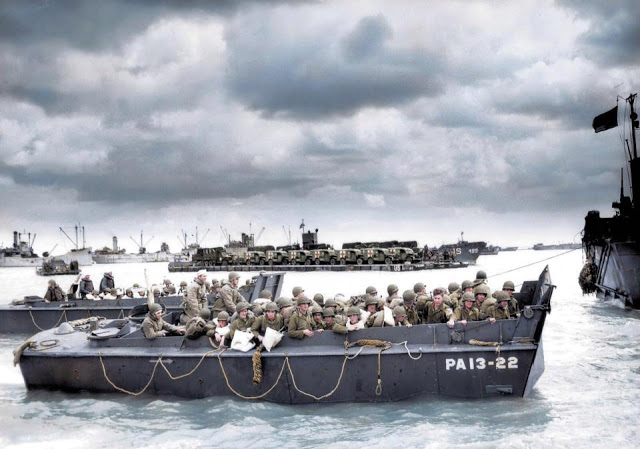 U.S. troops from the USS Joseph T. Dickman wait to disembark from their landing craft as they approach Utah Beach on June 6 1944. 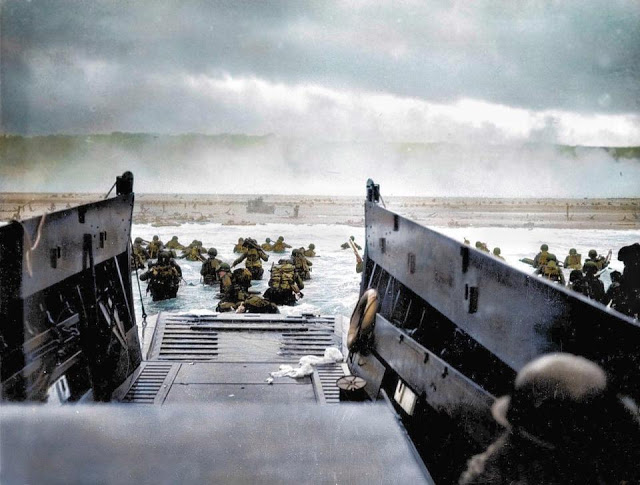 A craft from the USS Samuel Chase lands troops of the US Army First Division on Omaha Beach. 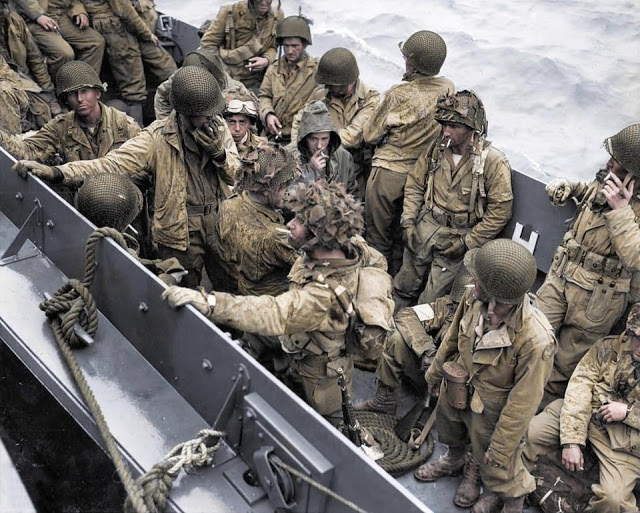 Glider pilots take the opportunity for a quick cigarette as they are crowded onto a landing craft. 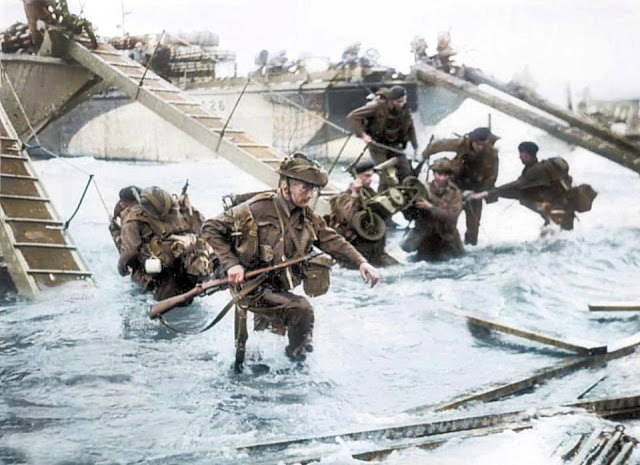 Royal Marines descend from landing craft with their heavy backpacks, weapons and equipment on Juno beach. 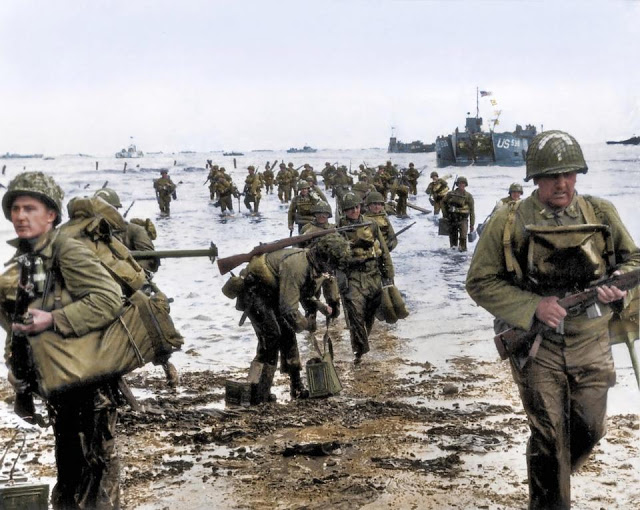 American troops arrive on a Normandy beach in a lengthy procession from their landing crafts. 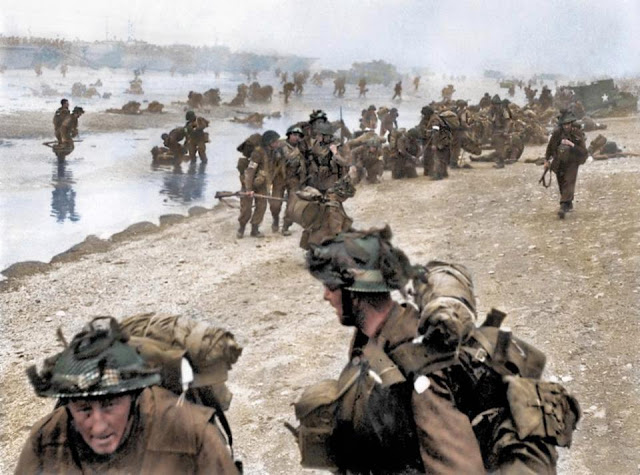 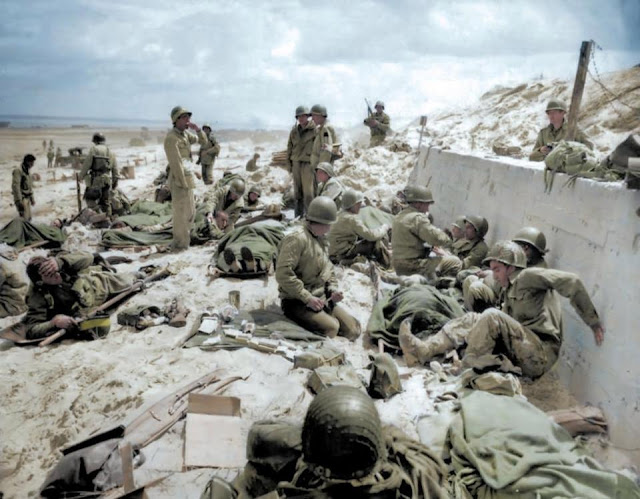 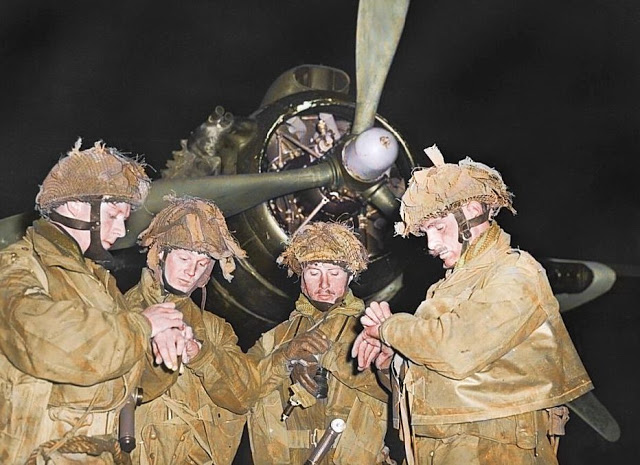 British Airborne Pathfinders check their watches on the night before the invasion. 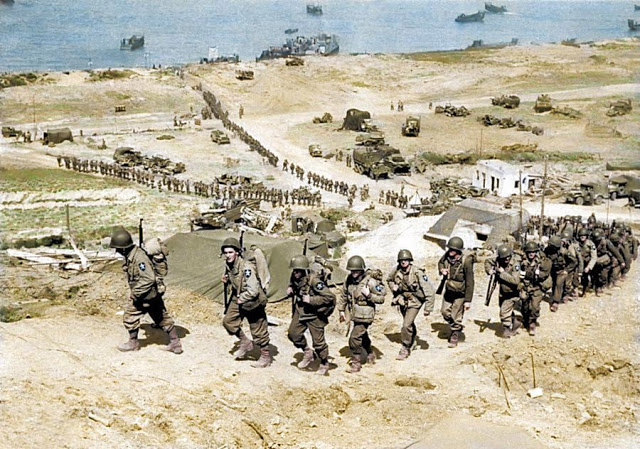 Reinforcements arrive by sea to bolster U.S. troop numbers on the Normandy front. 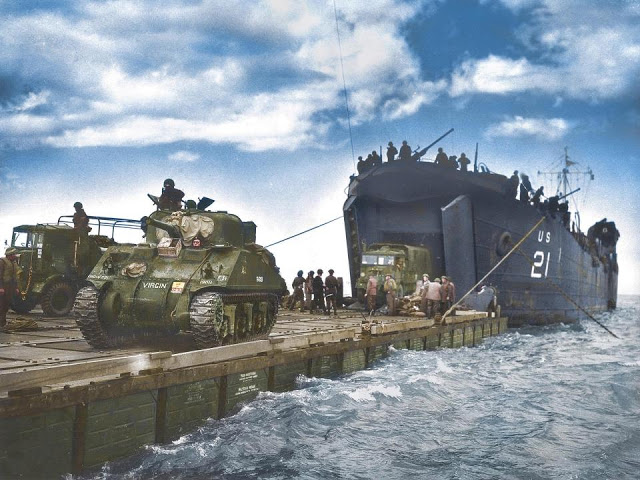 The USS LST-21, manned by the U.S. coastguard unloads British Army tanks and trucks onto a Rhino barge in the opening hours of their invasion of Gold Beach. 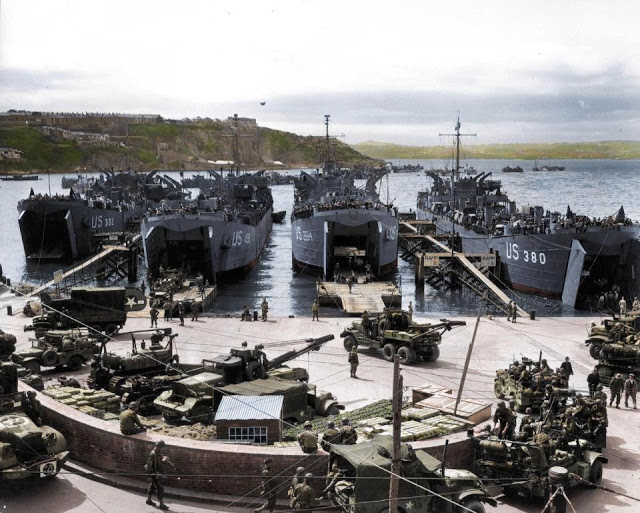 Troops load U.S. LSTs with artillery equipment, vehicles and troops in Brixham, England before they head for Normandy. 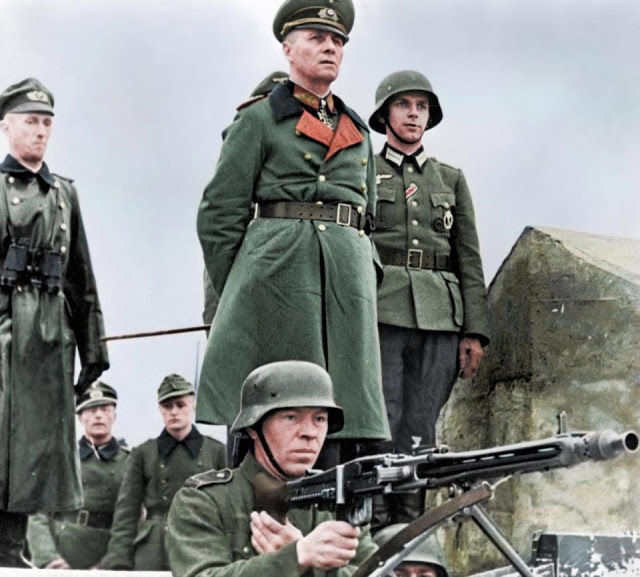 Nazi General Erwin Rommel inspects defences ahead of D-Day. On the actual day of the invasion he was away from the front celebrating his wife's birthday. 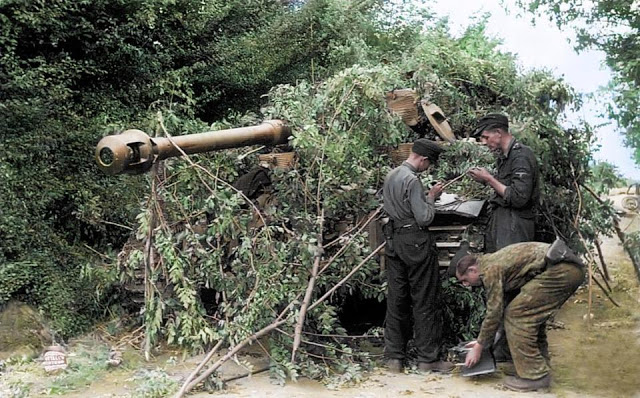 German troops camouflage a Panzer VI Tiger tank with undergrowth in the Normandy village of Villers-Bocage. 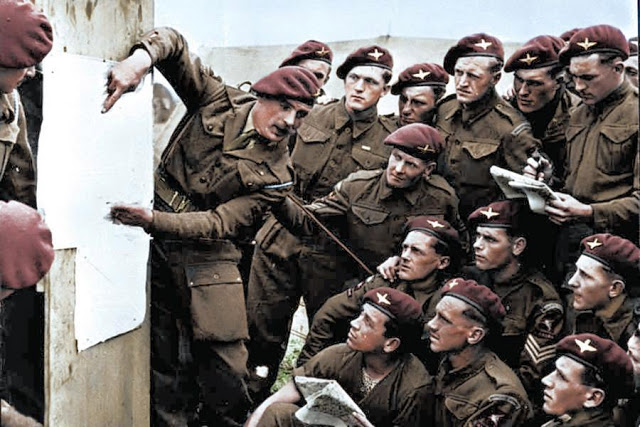 Members of the 22nd Independent Parachute Company, 6th Airborne Division attend a briefing ahead of the D-Day invasion. 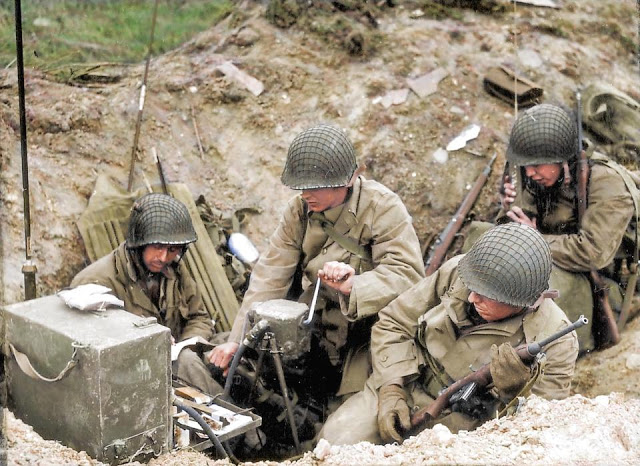