Inside the Speakeasies of New York in 1933

Prohibition in the United States lasted from 1920, when the 18th amendment prohibiting the sale of alcohol went into effect, until 1933, with its repeal via the 21st amendment.

During the Prohibition, and forbade any sale, production importation, and transportation of alcoholic beverages, the speakeasy became the place to socialize at. These speakeasies were bars that illegally sold booze to their customers behind locked doors. Some of these popular places were run by criminals, and even though the police would sometimes raid the bars and arrest both the owners and their customers, the speakeasies were so profitable they continued to flourish.

Photographer Margaret Bourke-White were able to take some photos at a few of these notorious bars in 1933 - the year the Prohibition ban was lifted, and therefor meant the speakeasies could take the locks off their doors. Bourke-White's photos ran in the June 1933 issue of FORTUNE, under the simple and evocative title, "Speakeasies of New York." 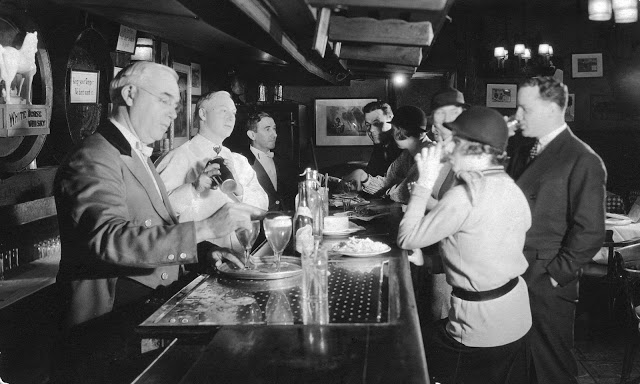 At the Hunt Club in the theatrical district, you will find little swank, perhaps the best whisky in town... A modern filing system lists the 32,000 [people] eligible to the Hunt Club. 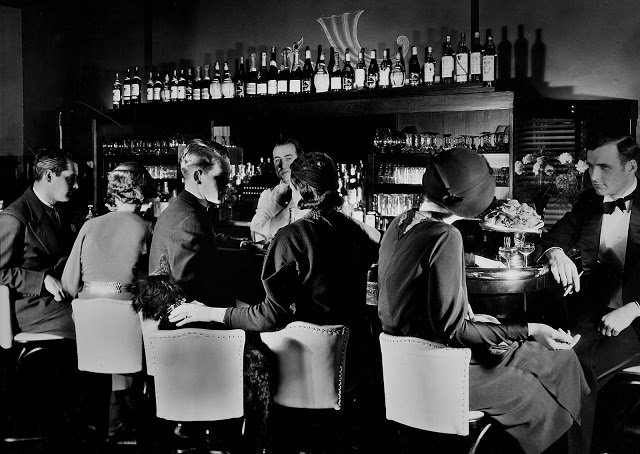 At luncheon half a dozen dogs feed amicably at their mistresses' side. This bar is chromium, rose and black. 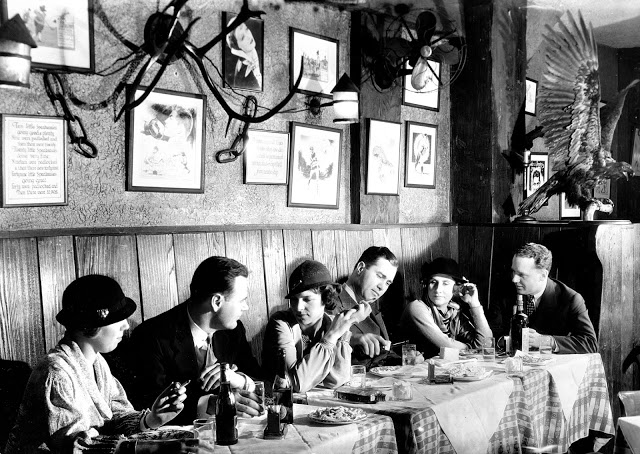 No speakeasy is as popular with aviators off duty as this quiet place. Its proprietor owns tow planes, is himself an expert pilot. 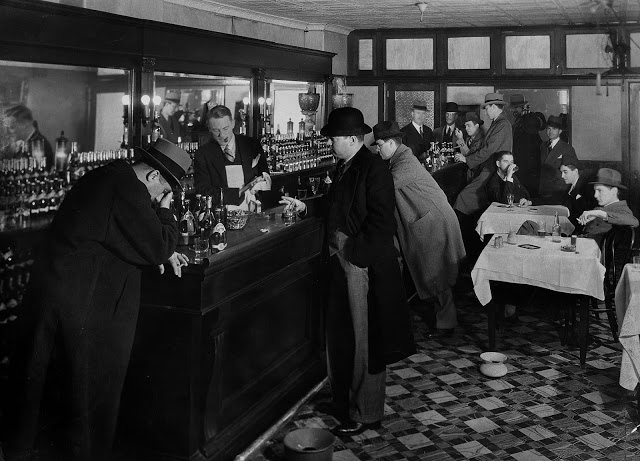 In the heart of a business section Thomas keeps this speakeasy on the second floor. Drinking starts at 8:30 A.M. when full-bellied Irish contractors drop in for a solidly comforting rye. 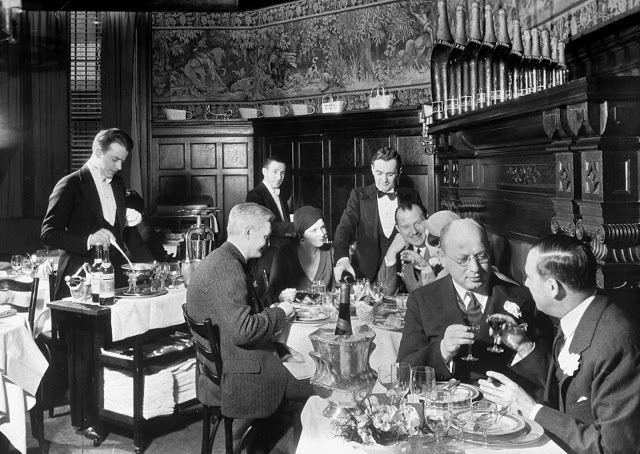 Champagne from right to left, on mantel: half nip, nip, pint, imperial pint, magnum, jeroboam, rehoboam, methuzelah, salmanazar, balthazar... Twenty-nine waiters and eight chefs are none too many for a popular place. Social atmosphere has made the popularity of this speakeasy, which is full of gay chintz, red and white awnings, indirect lights. The barroom is gold and Victorian-green. 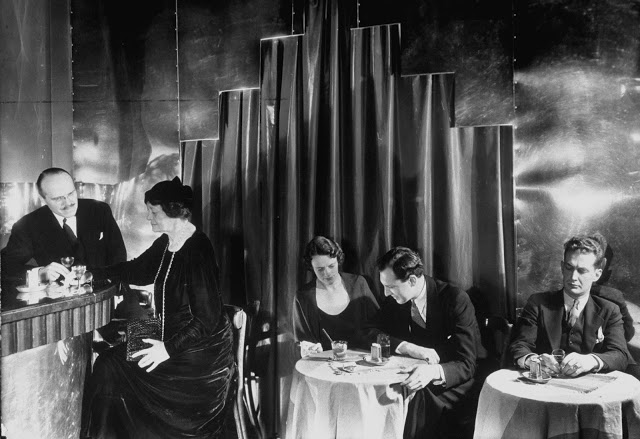 Scene inside a New York City speakeasy during Prohibition, 1933.