Half a century ago, MIT played a critical role in the development of the flight software for NASA’s Apollo program, which landed humans on the moon for the first time in 1969. One of the many contributors to this effort was Margaret Hamilton, a computer scientist who led the Software Engineering Division of the MIT Instrumentation Laboratory, which in 1961 contracted with NASA to develop the Apollo program’s guidance system. For her work during this period, Hamilton has been credited with popularizing the concept of software engineering. 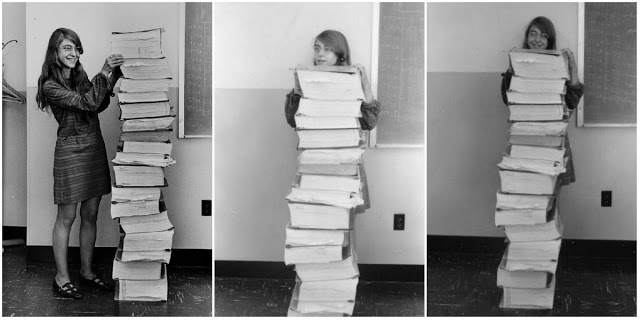 Hamilton in 1969, standing next to listings of the software she and her MIT team produced for the Apollo project.

She explained in an interview with the Spanish newspaper El Pais why she chose to call it software engineering: “I fought to bring the software legitimacy so that it—and those building it—would be given its due respect and thus I began to use the term ‘software engineering’ to distinguish it from hardware and other kinds of engineering, yet treat each type of engineering as part of the overall systems engineering process. When I first started using this phrase, it was considered to be quite amusing. It was an ongoing joke for a long time. They liked to kid me about my radical ideas. Software eventually and necessarily gained the same respect as any other discipline.”

Margaret Hamilton (born August 17, 1936) is an American computer scientist who was one of the first computer software programmers; she created the term software engineer to describe her work. She helped write the computer code for the command and lunar modules used on the Apollo missions to the Moon in the late 1960s and early ’70s. 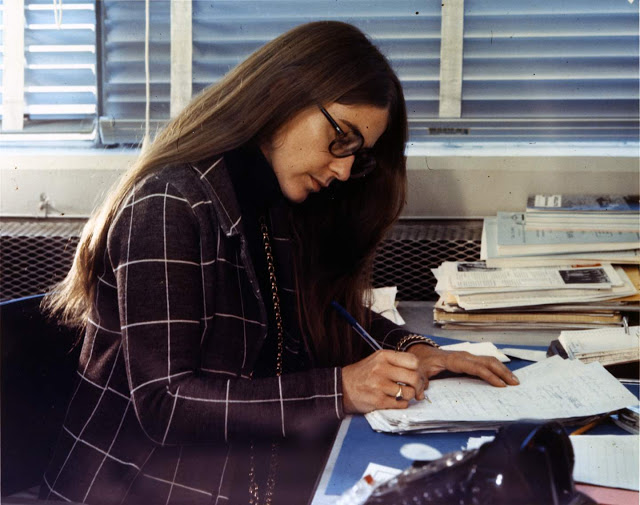 Margaret Hamilton at work in Draper Laboratory Staff during the Apollo missions. 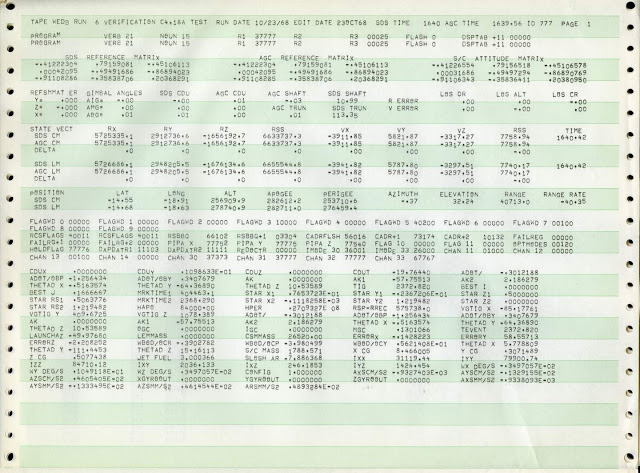 One of the many pages that make up Margaret Hamilton’s program listings from the Apollo Guidance Computers.

While studying mathematics and philosophy at Earlham College in Richmond, Indiana, she met James Hamilton, and they subsequently married. After graduating in 1958, she taught high school mathematics for a short time. The couple then moved to Boston. Although Margaret planned to study abstract mathematics at Brandeis University, she accepted a job at the Massachusetts Institute of Technology (MIT) while her husband attended Harvard Law School. At MIT she began programming software to predict the weather and did postgraduate work in meteorology.

In the early 1960s Hamilton joined MIT’s Lincoln Laboratory, where she was involved in the Semi-Automatic Ground Environment (SAGE) project, the first U.S. air defense system. She notably wrote software for a program to identify enemy aircraft. Hamilton next worked at MIT’s Instrumentation Laboratory (now the independent Charles Stark Draper Laboratory), which provided aeronautical technology for the National Aeronautics and Space Administration (NASA). She led a team that was tasked with developing the software for the guidance and control systems of the in-flight command and lunar modules of the Apollo missions. At the time, no schools taught software engineering, so the team members had to work out any problems on their own. Hamilton herself specifically concentrated on software to detect system errors and to recover information in a computer crash. Both those elements were crucial during the Apollo 11 mission (1969), which took astronauts Neil Armstrong and Buzz Aldrin to the Moon. 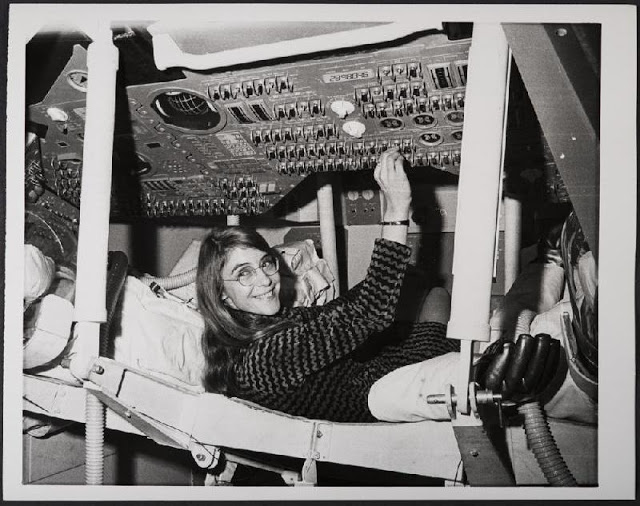 Hamilton in an Apollo Command Module during her time as lead Apollo flight software designer. 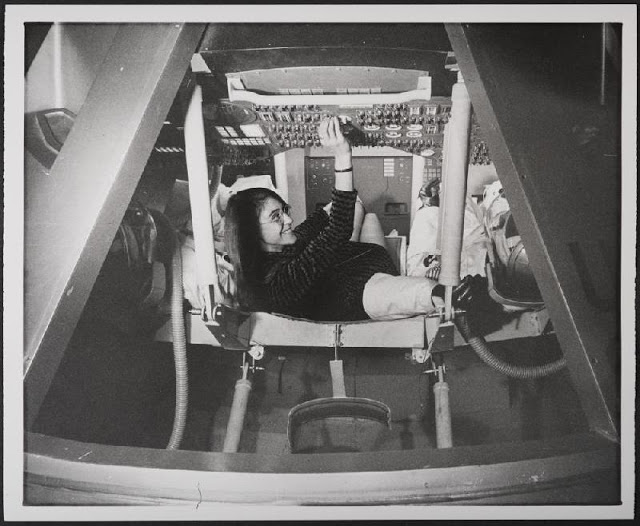 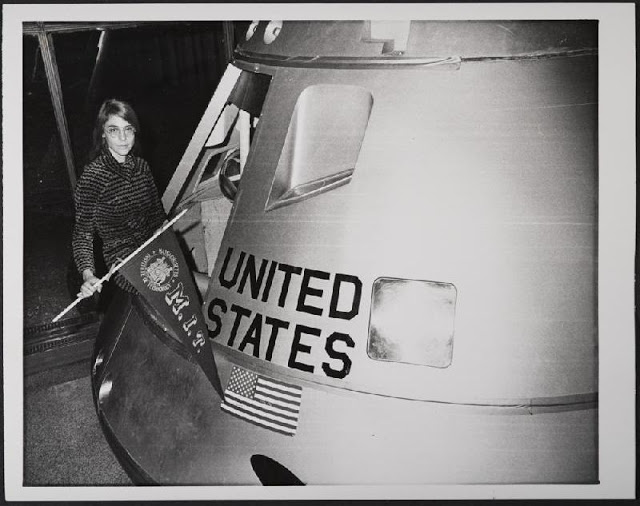 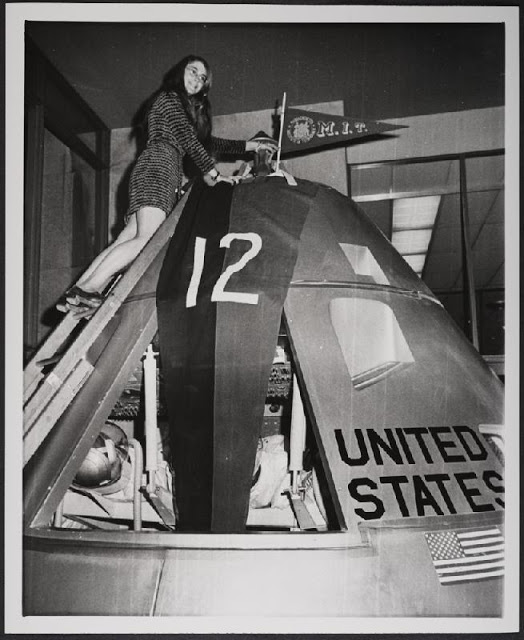 Hamilton left MIT in the mid-1970s to work in the private sector. She cofounded the company Higher Order Software in 1976 and established Hamilton Technologies 10 years later.

Hamilton was the recipient of various honors, including NASA’s Exceptional Space Act Award (2003). Pres. Barack Obama presented her with the Presidential Medal of Freedom in 2016. 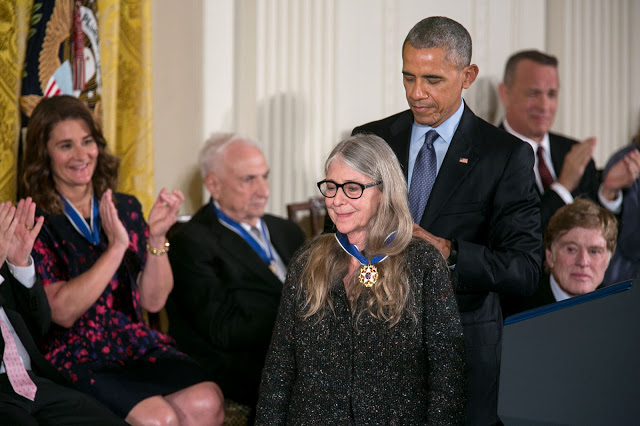 President Barack Obama presents the Presidential Medal of Freedom to Margaret H. Hamilton during a ceremony in the East Room of the White House, Nov. 22, 2016.

Posted by Yesterday Today at 11:58 AM