Monowheel: Failure of the Weirdest Transport Known to Man From the 1930s

The monowheel is one crazy idea from the past that has always inspired and enthralled us from its first appearance in France in 1869.

Arguably the most well-known iteration of the strange type of vehicle is the one above, created in 1932 by Dr. J.H. Purves. The motorized monster was called the Dynasphere, and it is believed to have reached speeds of up to 25 or 30 MPH.

After the various manual versions of the 19th century and the various motored versions made up through the 1930s, interest in monowheels seems to have deflated. Maybe they were too unsafe, or maybe the bicycle -- which had worked out just fine for at least a couple centuries -- finally revealed itself as the obviously better choice. Whatever the reason, it seems to have been forgotten. 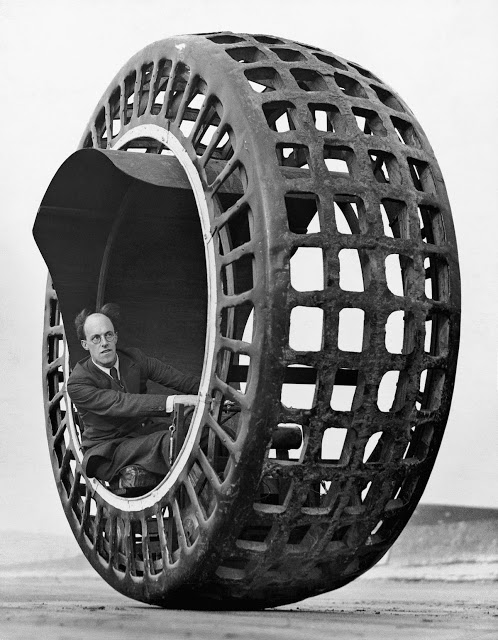 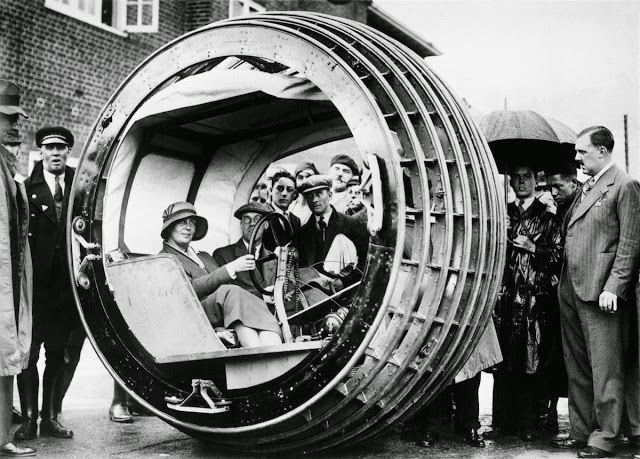 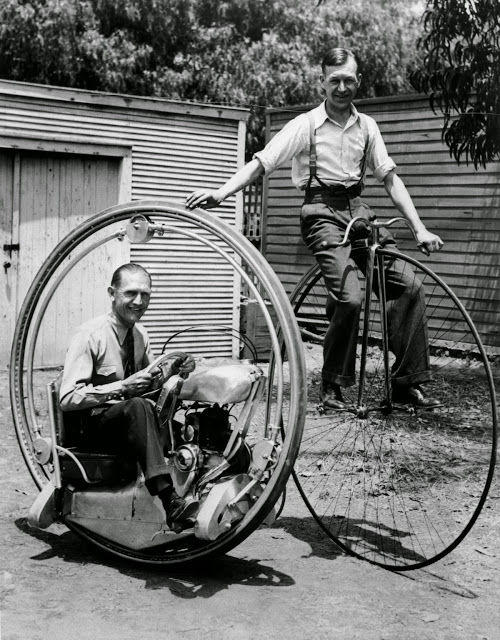 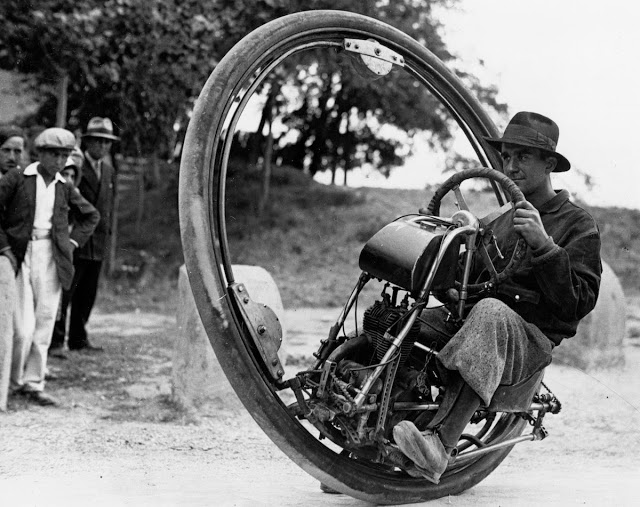 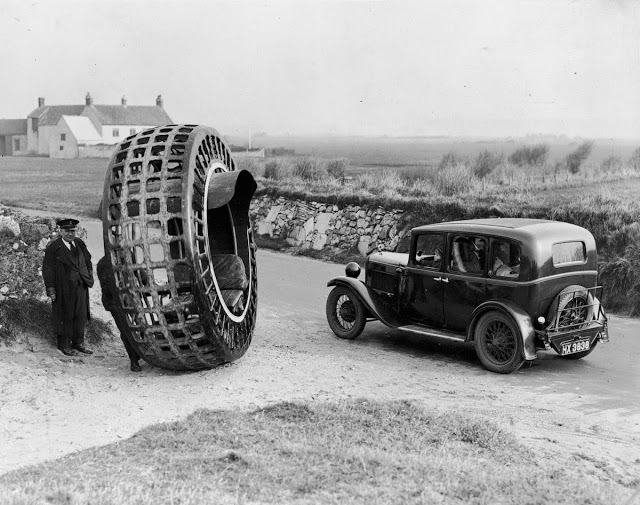 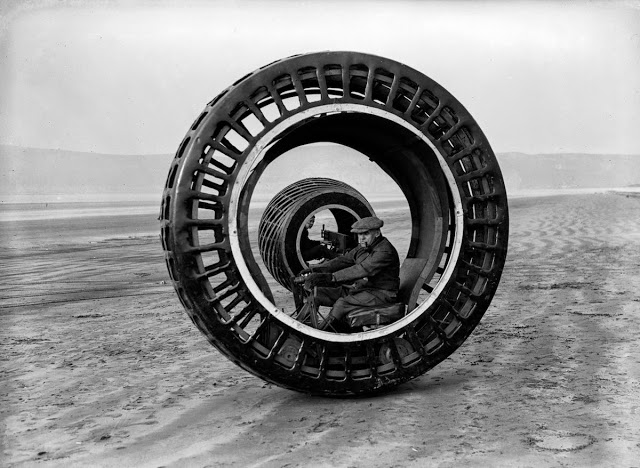 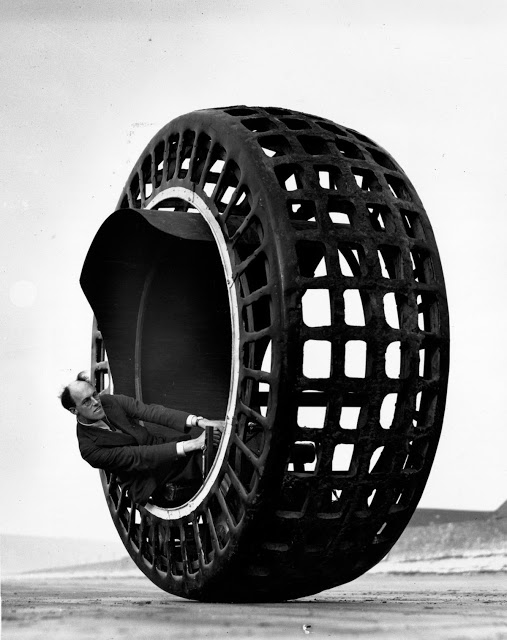 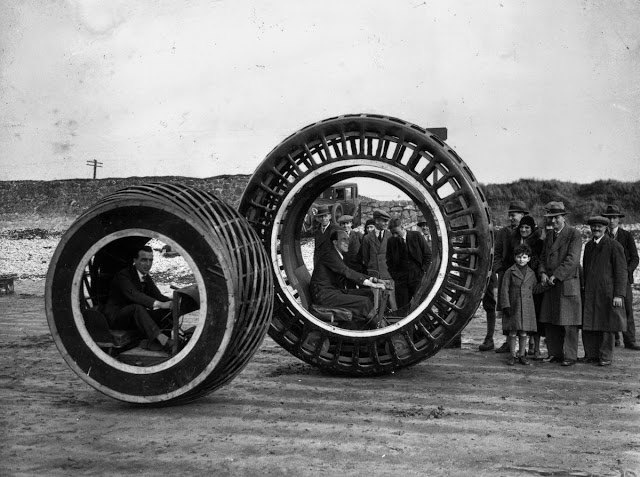 Posted by Yesterday Today at 9:37 AM