Suzan Ball and Richard Long: A Sad Story of a Beautiful Hollywood Couple

Born February 3, 1934 in Jamestown, New York, American Hollywood starlet Suzan Ball was a second cousin of fellow actress Lucille Ball. She came to Hollywood with her family in 1941, and sang with the Mel Baker Orchestra from 1948-1953.

Ball's first part in Hollywood was as a harem girl in Aladdin and His Lamp (1952) at Monogram. She got an interview with the talent department of Universal-International and signed a contract.

In 1952, Ball was proclaimed "The New Cinderella Girl of 1952". She had a fleeting romance with Scott Brady, who she met on the set of Untamed Frontier (1952), and they planned to marry. Ball then filmed City Beneath the Sea (1953) and fell for Anthony Quinn, who was still married. Their romance lasted only a year because Quinn was still in love with his wife, Katherine DeMille.

On her next film, East of Sumatra (1953), Ball suffered an injury to her right leg during a dance number. Later in 1953, while filming War Arrow (1953), she was told by doctors that her leg had developed tumors. Later that year at home, she slipped on some spilled water and broke her leg. Ball was rushed to the hospital and operated on to remove the tumors. The operation was not a success and she was told that amputation of her right leg would be necessary.

In December of 1953, Ball became engaged to Richard Long. On January 12, 1954, her leg was amputated. On April 4th, 1954, she was married to Long in Santa Barbara wearing an artificial limb.

In May 1955, Ball embarked on a nightclub tour. In July, while rehearsing a scene for an episode of Climax! (1954), she collapsed and was rushed to the hospital. Doctors found that the cancer had spread to her lungs.

On August 5th, 1955, Ball died of cancer, only six months after her 21st birthday. She fought her battle with cancer for 16 months and lost. Ball was buried at Forest Lawn Cemetary. Her husband Richard was always praised for his love and devotion to Ball during her long illness.

Here below is a beautiful photo collection that shows sweet moments of Suzan Ball and his husband Richard Long during her short happy time. 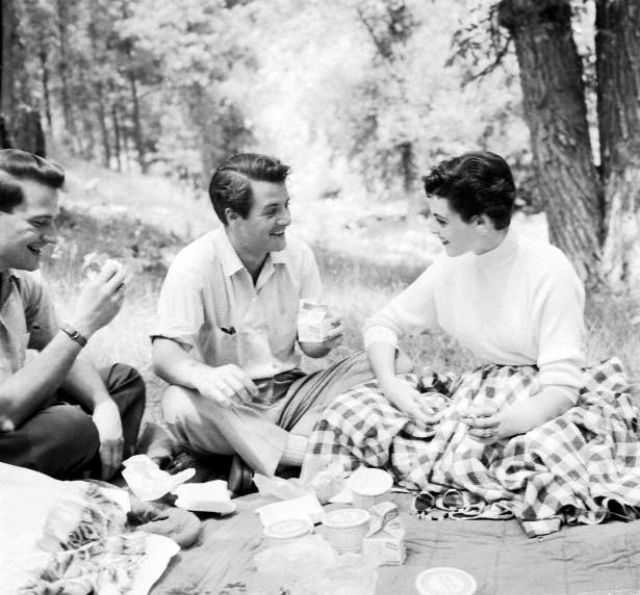 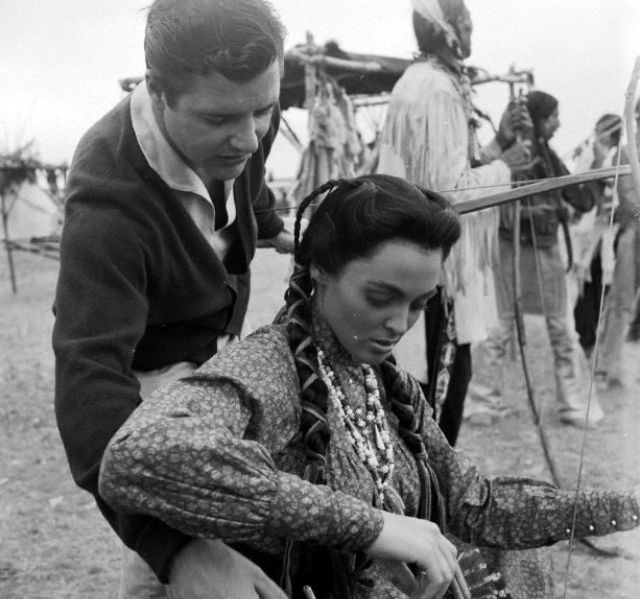 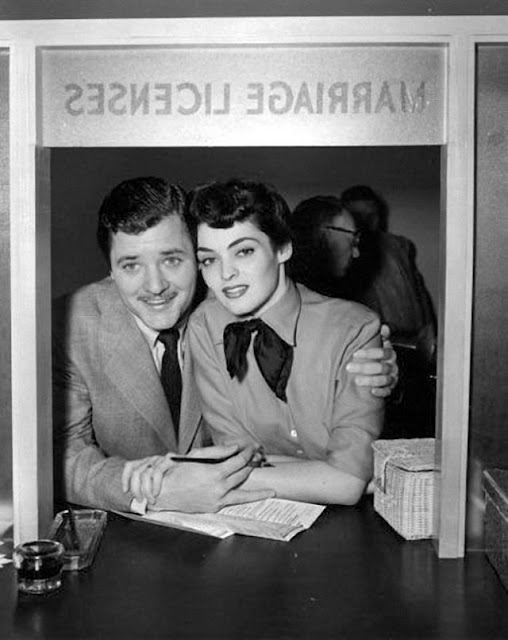 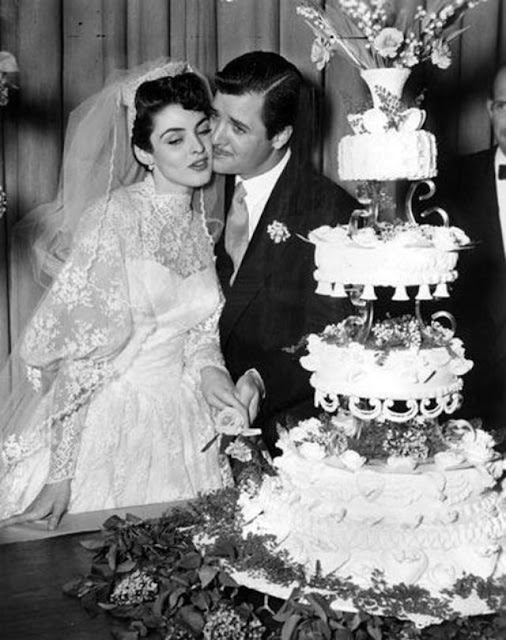 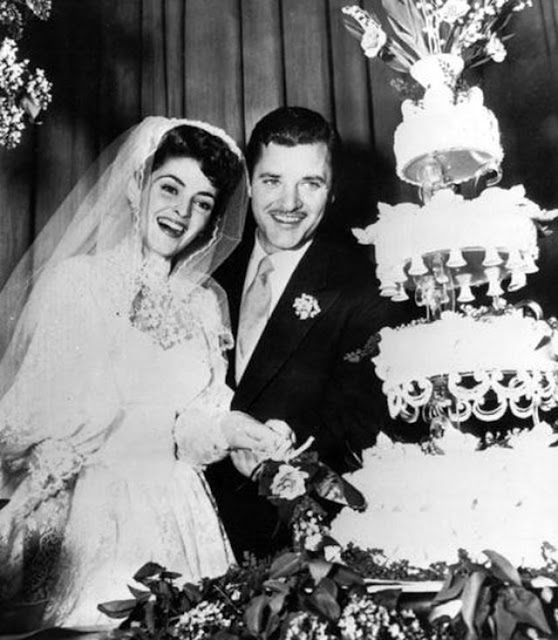 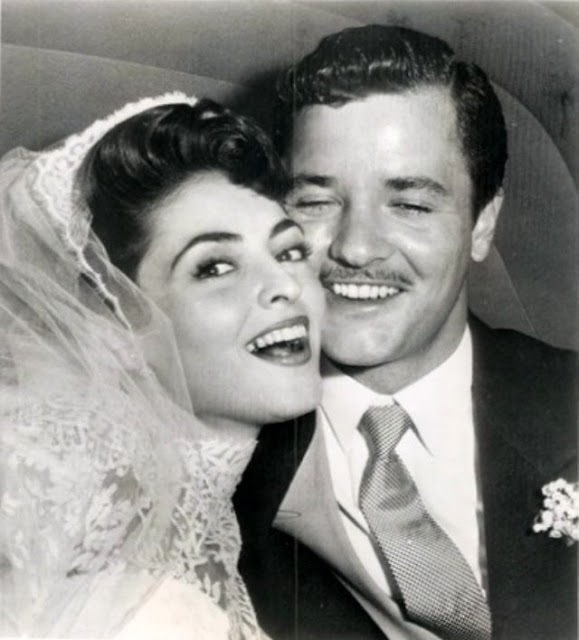 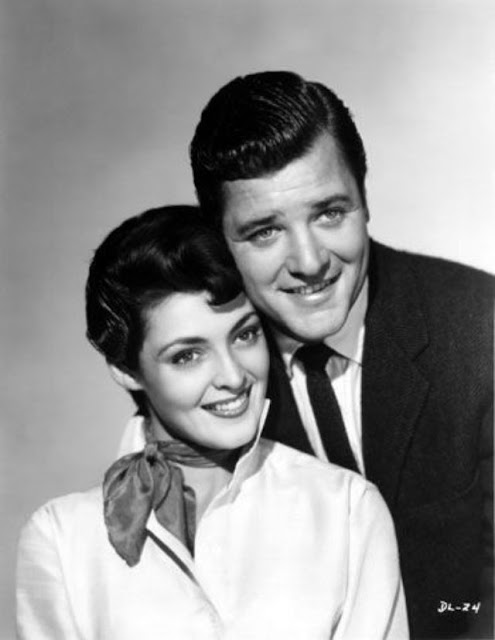 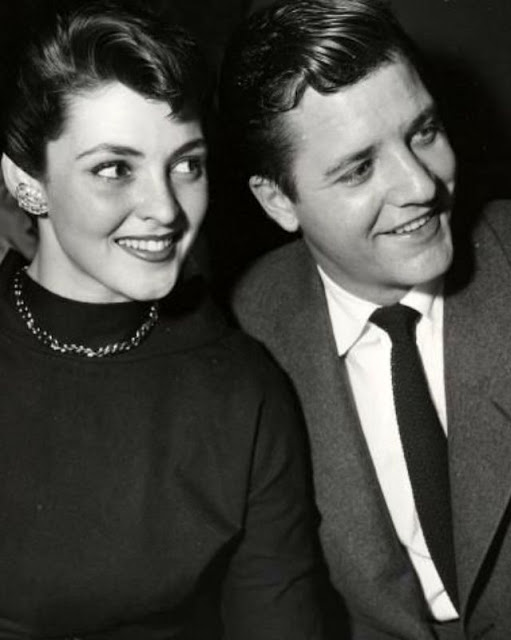 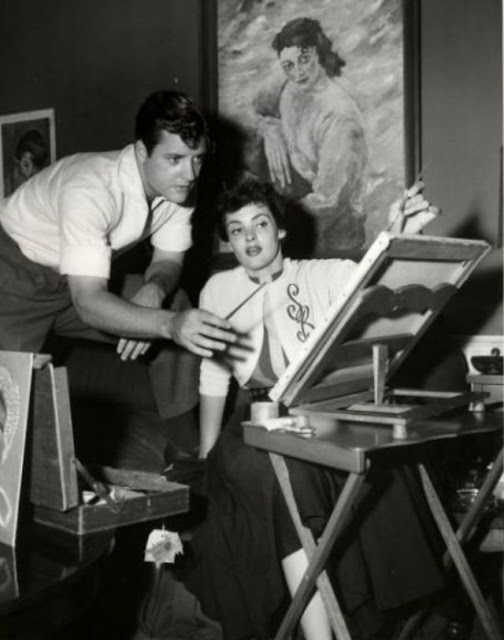 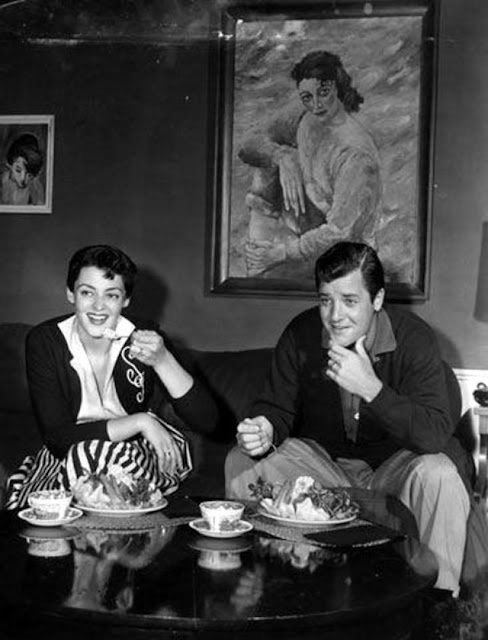 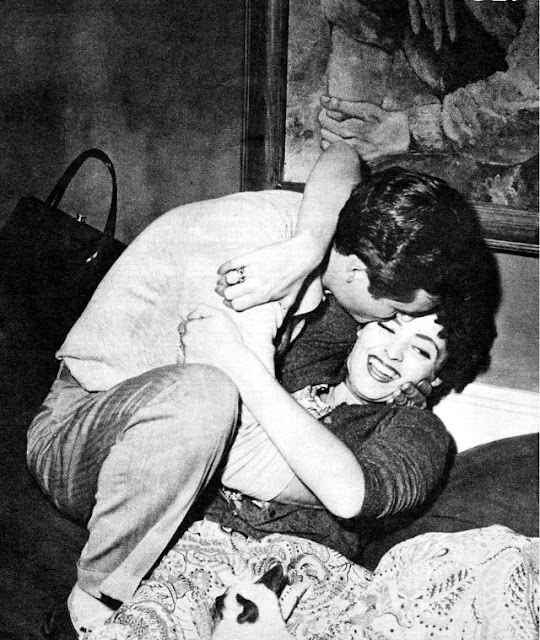 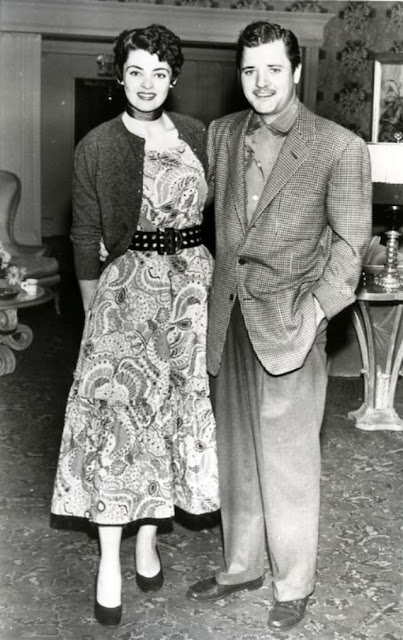 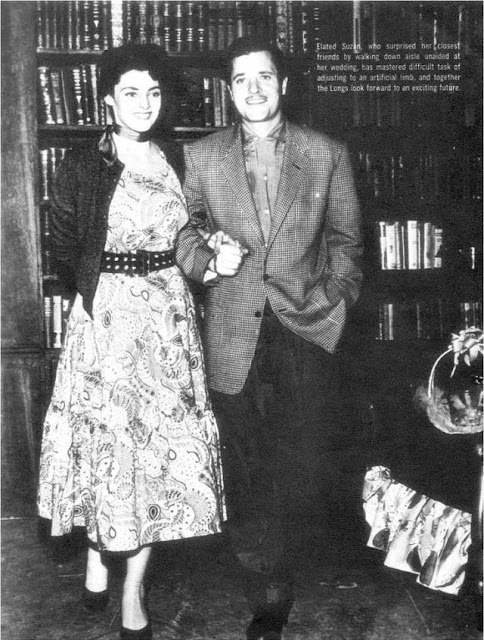 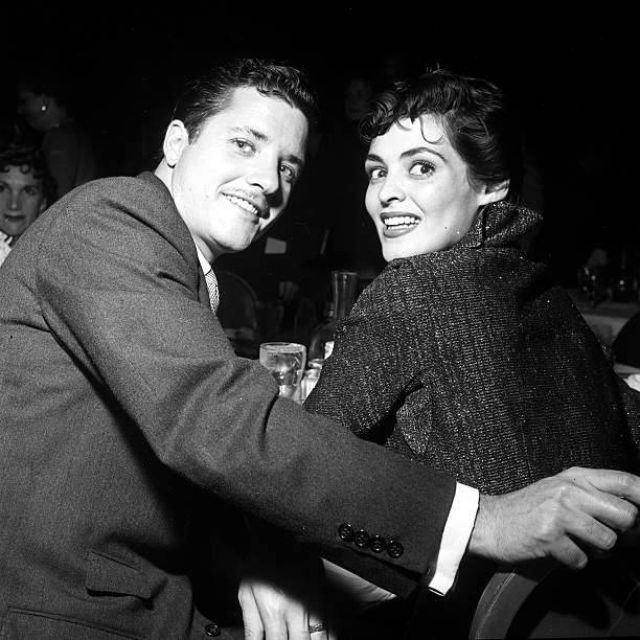 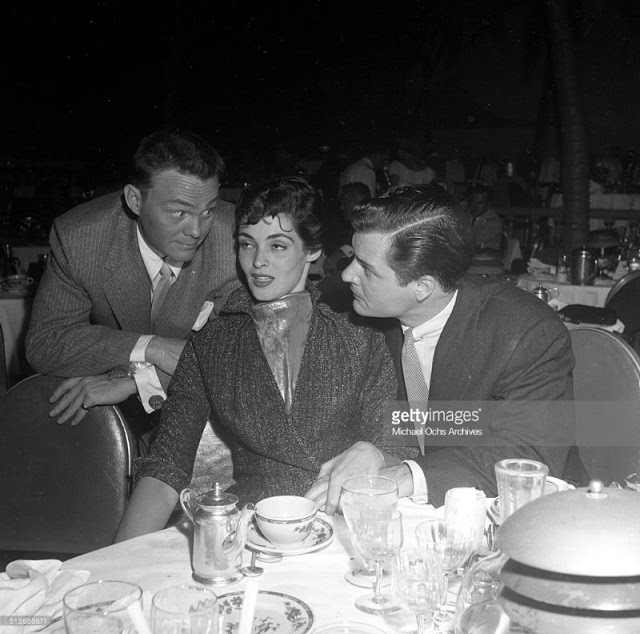 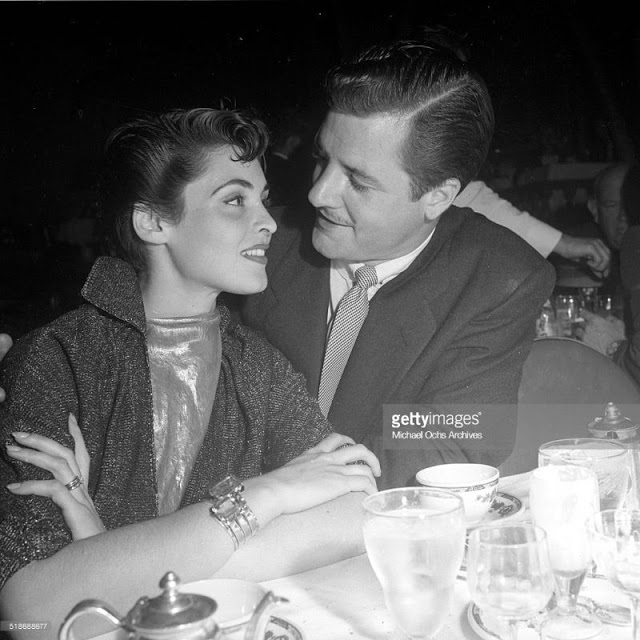 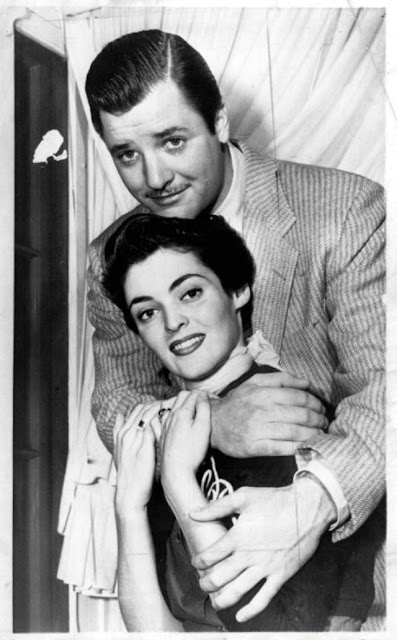 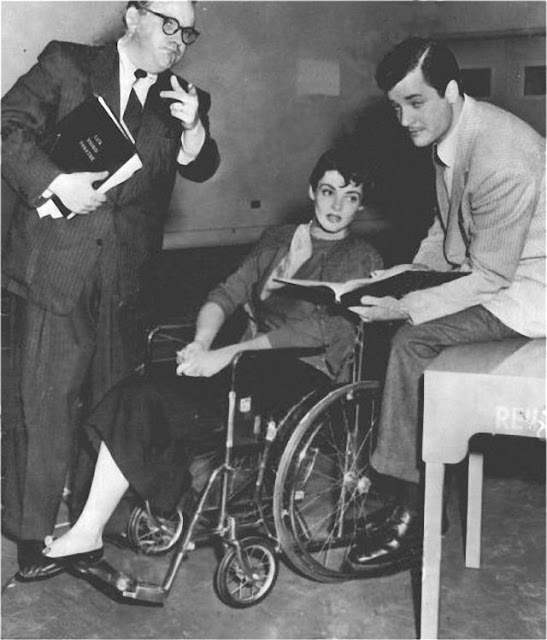 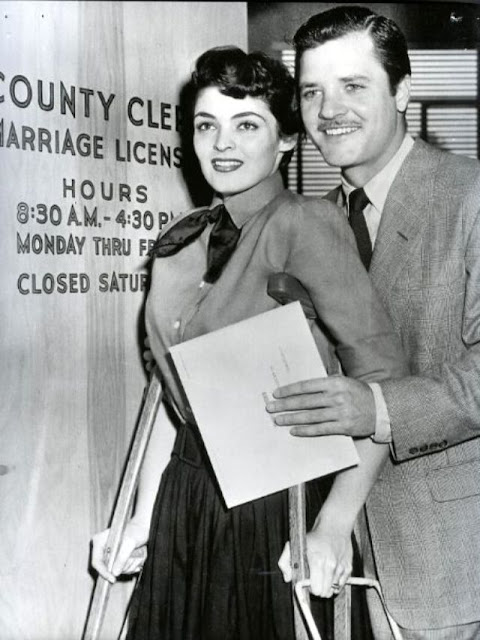 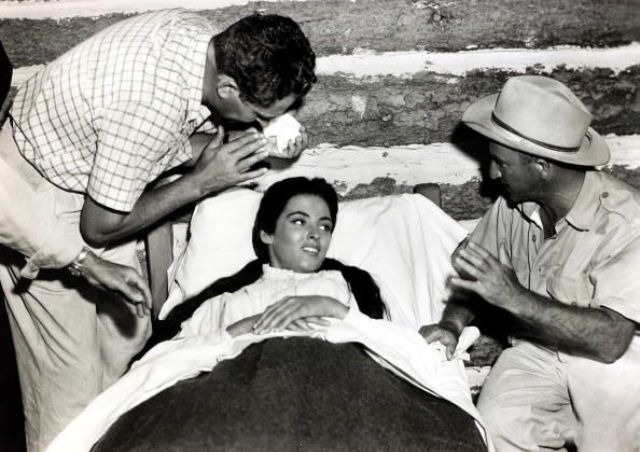 Posted by Yesterday Today at 1:52 PM