The Kiss of Prohibition: “Lips That Touch Liquor…”

The following is scanned from Mother [Eliza Daniel] Stewart, Memories of the Crusade, a Thrilling Account of the Great Uprising of the Women of Ohio in 1873, Against the Liquor Crime (Columbus: Wm. G. Hubbard & Co.:273-) 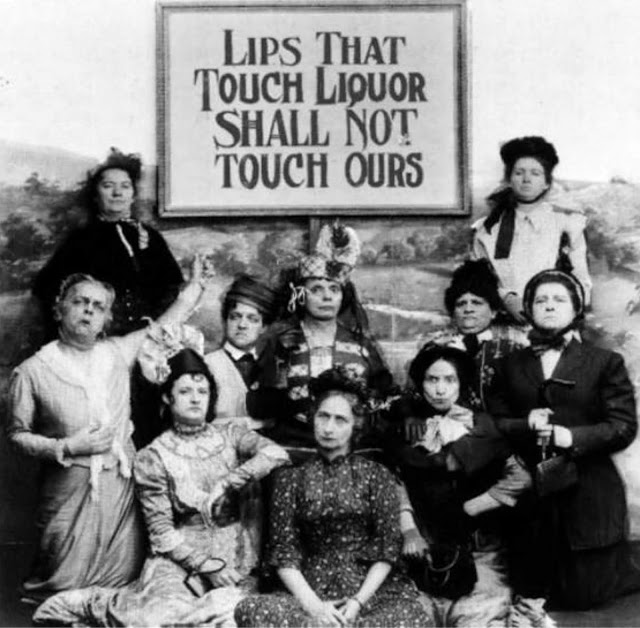 The reason why the women are holding this sign for this picture is because they did not want a man that would drink because in most cases the women and children would be beaten, and the men would spend all of their money on the alcohol. This is a terrible issue of the time and it needed to be fixed, so women got together and protested and made sure that men knew their stance on the subject of alcohol.

“The Demon of Rum is about in the land,
His victims are falling on every hand,
The wise and the simple, the brave and the fair,
No station too high for his vengeance to spare.
O women, the sorrow and pain is with you,
And so be the joy and the victory, too;
With this for your motto, and succor divine,
The lips that touch liquor shall never touch mine.”

“The lips that touch liquor shall never touch mine.” The last line of an anonymous poem from the Women’s Christian Temperance Union (WCTU) became a popular mantra in the efforts by prohibitionists to stop all sales of alcoholic beverages in the United States: It seemingly was a threat by young women to their young men to stay away from the booze or skip the kissing routine. 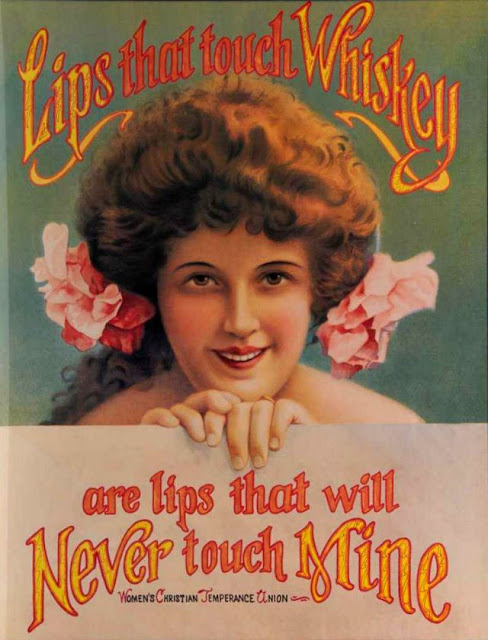 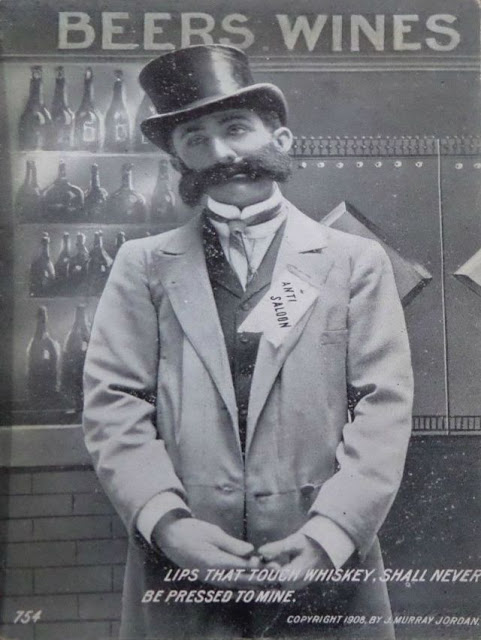 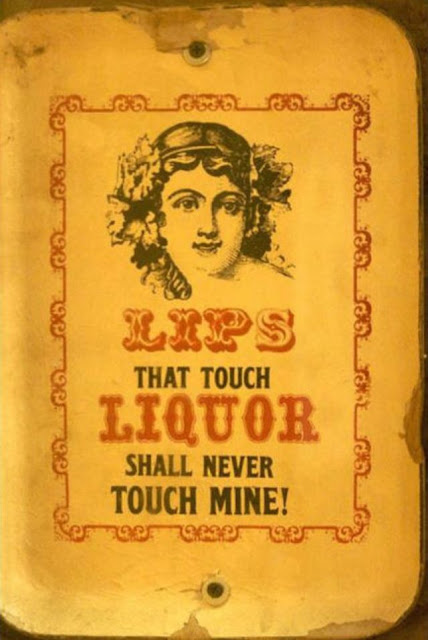 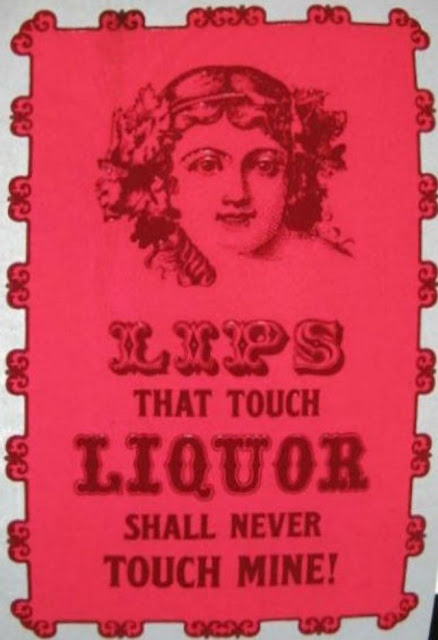 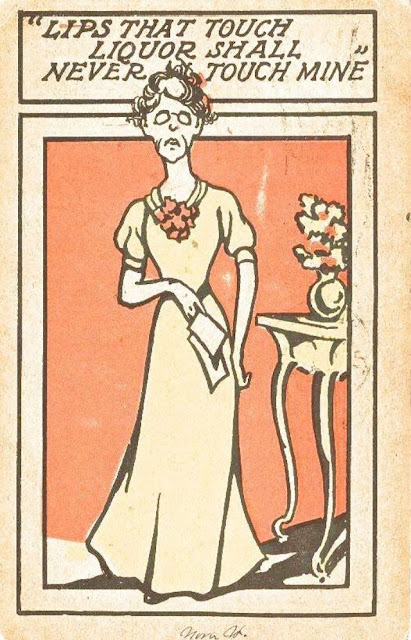 Songwriters Sam Booth and George T. Evans dedicated a “Temperance” ditty to the “Woman’s Crusade Against Liquor Throughout the World” and fittingly gave it the “Lips” title. Among the lyrics were the following:
“Let war be your watchword from shore unto shore,
Rum and his legions shall reign no more,
And write on your bonnets in letters that shine,
The lips that touch liquor shall never touch mine.” 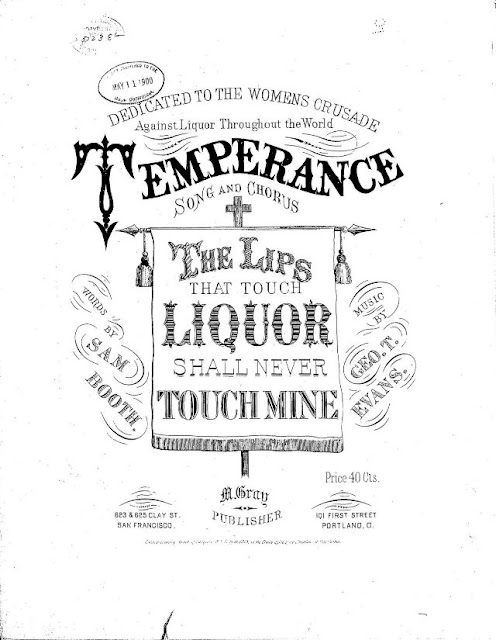 The Mississippi Riverboat Owners Assn. obviously thought a “Lips” sign would be found hilarious among their patrons. Rightly so since it would have been a rare riverboat that did not sell or serve alcohol aboard the craft, along with other pleasures like gambling and prostitution, neither of which the WCTU would have approved. 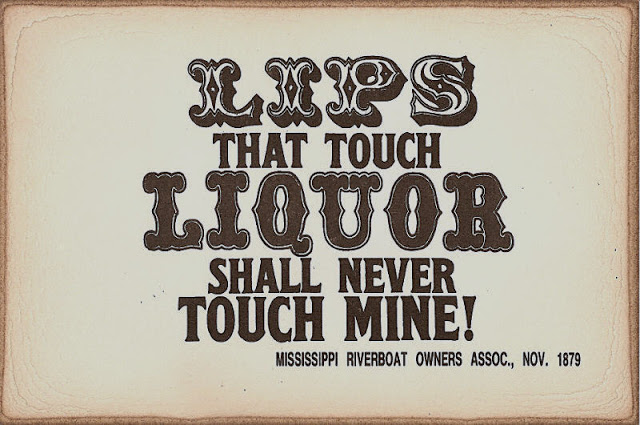 As a close to this examination of the theme, quoting a second poem seems fitting. This one came from the pen of versifier George W. Young. Appropriately, he entitled it “Lips That Touch Liquor.” This ditty reads as follows:
“You are coming to woo me, but not as of yore,
When I hastened to welcome your ring at the door;
For I trusted that he who stood waiting me then,
Was the brightest, the truest, the noblest of men,
Your lips, on my own, when they printed “Farewell,”
Had never been soiled by the “beverage of hell;”
But they come to me now with the bacchanal sign,
And the lips that touch liquor must never touch mine.”

According to BOTTLES, BOOZE, AND BACK STORIES, the origins are said to go back at least to March 1873 and perhaps as early as early as 1869. The mantra of the “drys” has been cited in newspaper articles, magazines and books; depicted on placards, signs, and needle point; and repeated in poems and songs. “Lips that touch liquor…” has reached iconic stature and as such has attracted more than its share of parodies. Featured here are a few of its manifestations.

(via BOTTLES, BOOZE, AND BACK STORIES)