Born in 1954 in Los Angeles, Patty Hearst is the granddaughter of William Randolph Hearst, founder of the Hearst media empire. On February 4, 1974, at age 19, Hearst was kidnapped by members of the Symbionese Liberation Army.

Not long after, she announced that she had joined the SLA and began participating in criminal activity with the group, including robbery and extortion. Hearst was captured by the FBI in September 1975, and the following year, she was convicted of bank robbery and sentenced to 35 years in prison.

She was released early, in 1979, after President Jimmy Carter commuted her prison term. 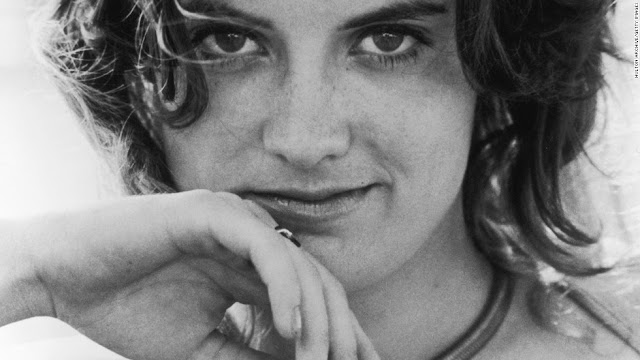 Patty Hearst was kidnapped on February 4, 1974. Hearst grew up in wealth and privilege as the daughter of Randolph A. Hearst, chairman of media conglomerate Hearst Corp., and Catherine Hearst, a University of California regent. Hearst's grandfather was famed publisher William Randolph Hearst. 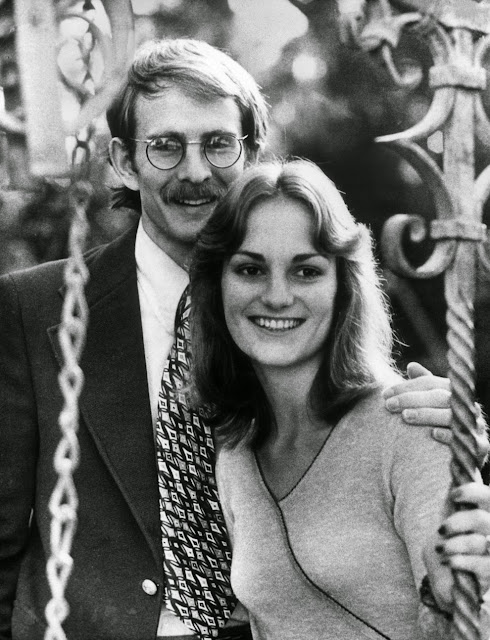 Hearst was abducted at gunpoint from the apartment she shared in Berkeley with her fiance, Steven Weed, pictured with Hearst.  A radical group called the Symbionese Liberation Army, or SLA, took credit. 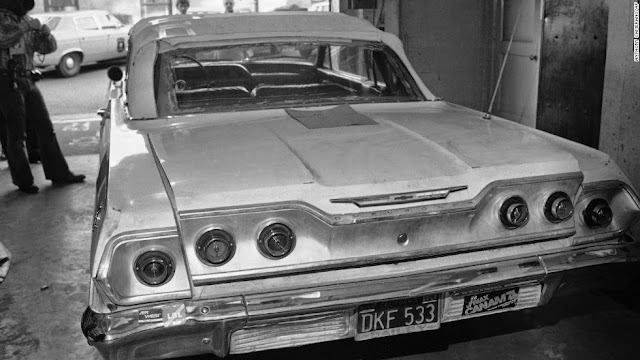 A car at the Berkeley Police Department on February 5, 1974. Police said Hearst was blindfolded and thrown into the trunk of the car. 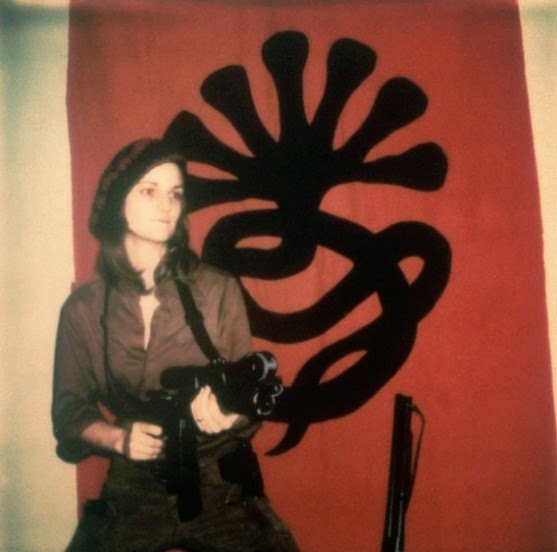 Hearst's autobiography details her abuse at the hands of the SLA. In it she says she was kept locked in a closet for 57 days, as well as subjected to radical rantings, physical abuse and rape. Eventually she was offered the choice of joining the SLA or being killed. The SLA released a tape announcing Hearst's alignment with the SLA, including taking the name Tania. A photo of her holding a gun in front of the SLA's seven-headed  cobra emblem was also released. 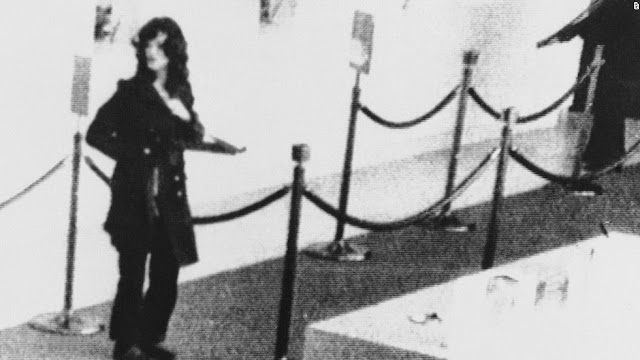 On April 15, 1974, the SLA robbed a Hibernia Bank branch in San Francisco. Security cameras captured this image of Hearst in the robbery. 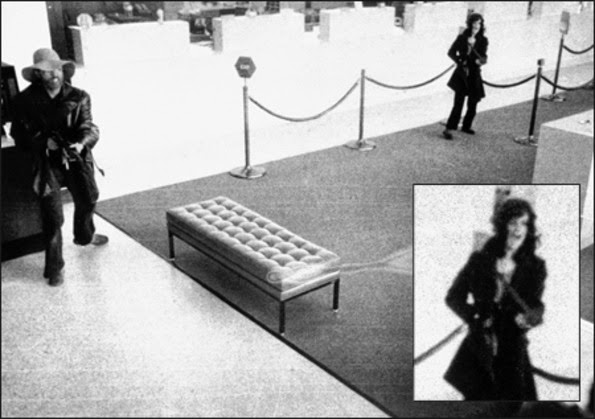 Assault rifle in hand, Hearst joins DeFreeze in robbing a San Francisco bank on April 15, 1974. It was her first crime as a professed SLA member. 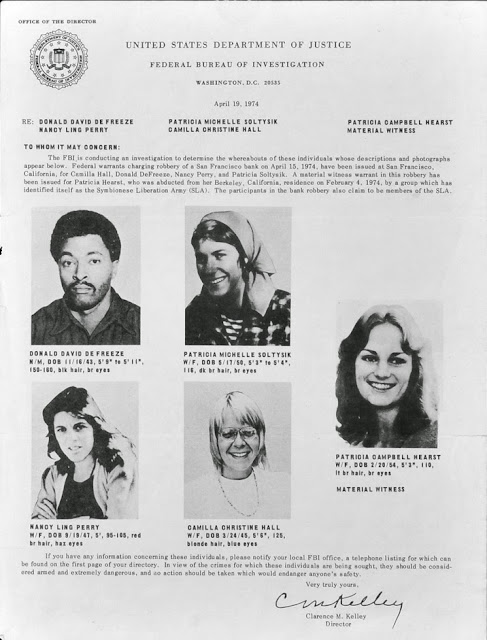 Four days after the robbery, the FBI released this wanted poster, featuring Hearst, far right, as a material witness, and SLA members suspected of taking part in the heist. Leader Donald DeFreeze is at top left. 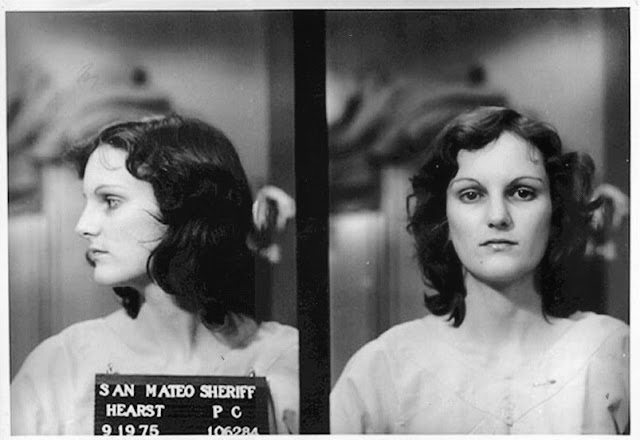 Hearst was arrested in San Francisco on September 18, 1975, 18 months after the kidnapping. 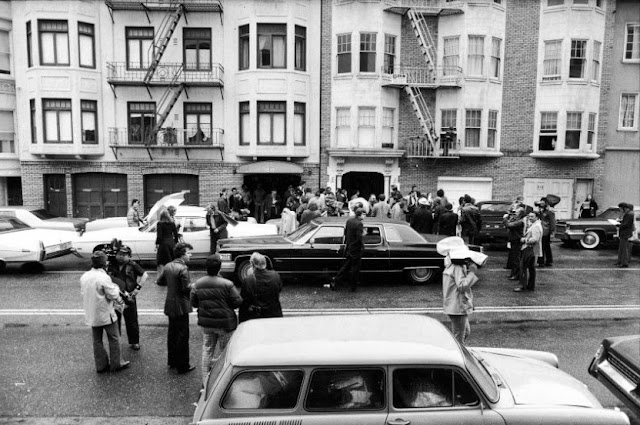 The exterior of the Symbionese Liberation Army house, at 1827 Golden Gate, where Hearst was held in the closet is seen on February 16, 1976. 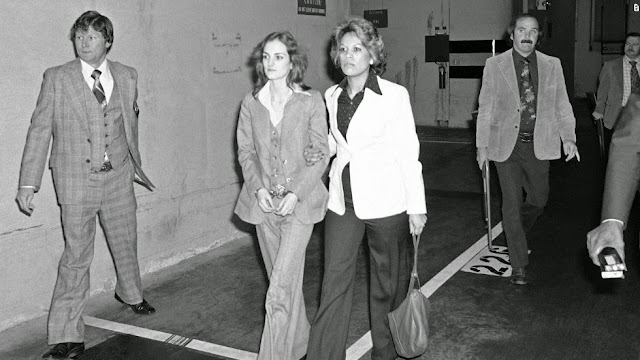 At her trial for bank robbery, Hearst said she had been brainwashed by the group and feared for her life, but a jury found her guilty. She was sentenced to seven years in prison. 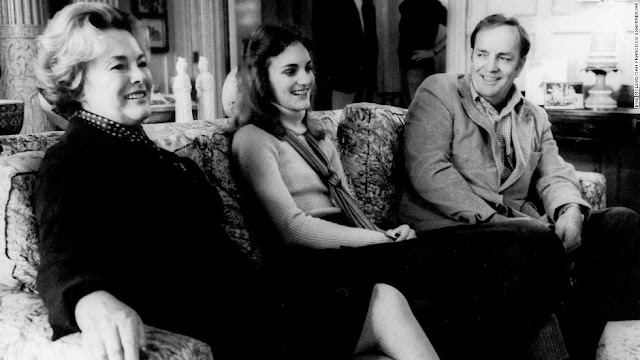 Hearst was released on bail on November 19, 1976, while her attorneys appealed her case. Here, she is reunited with her parents, Catherine and Randolph Hearst in their San Francisco home on November 20, 1976. The appeal was denied and Hearst returned to prison. 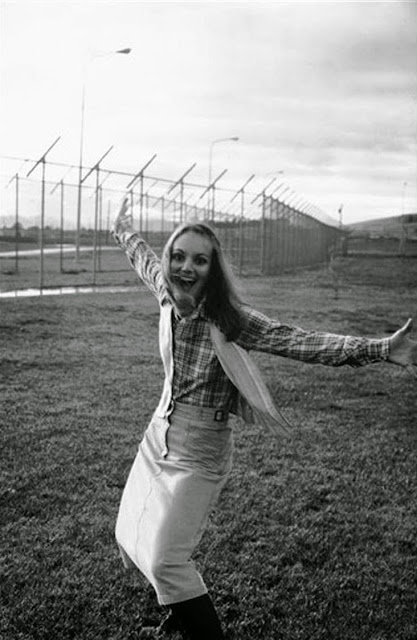 After Hearst served nearly two years in prison, President Jimmy Carter commuted her sentence in early 1979. Here, she mugs for the camera at the Federal Correctional Institute at Pleasanton, California, on January 31, 1979. 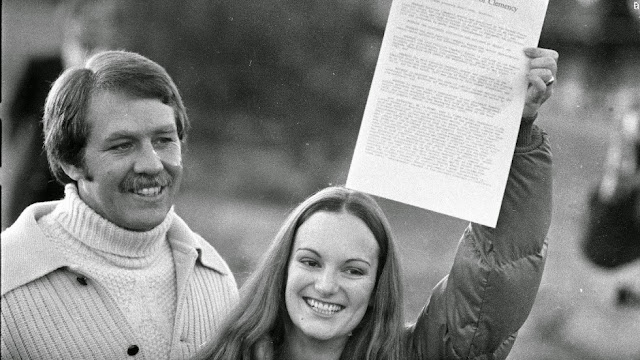 Hearst holds up the executive grant of clemency as she leaves prison on February 1, 1979. With her is her fiance and former bodyguard, Bernard Shaw. 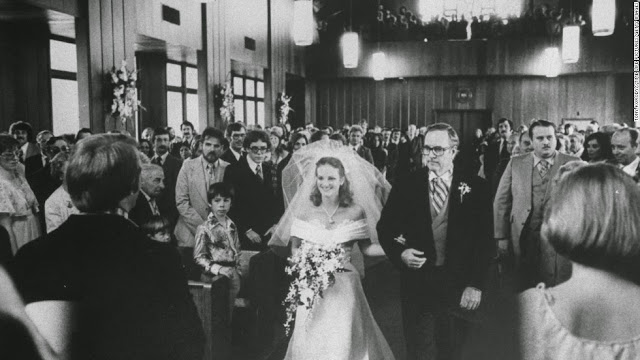 Hearst is walked down the aisle by her father, Randolph Hearst, at the Navy chapel at her wedding to Bernard Shaw in April 1979.