Sam Elliott and Katharine Ross have a Hollywood love story that has held the test of time. They are one couple who has proved to be an exception in Hollywood, where many couples break up. They have been married for 34 years and their love story is adorable.

Elliott is 74 and is known for his roles on The Ranch, A Star Is Born, Tombstone, The Big Lebowski, and Justified. Ross is 79 and is known for her roles in The Graduate, Butch Cassidy and the Sundance Kid, and The Stepford Wives.

Ross and Elliott met in 1978 while filming the horror movie The Legacy in London, in which they played a couple who are among a group of guests terrorized at a creepy English estate. Actually, Elliott had a small role in Butch Cassidy nearly a decade earlier, but he and Ross never met on set. “I didn’t dare try to talk to her then. She was the leading lady. I was a shadow on the wall, a glorified extra in a bar scene,” Elliott told AARP The Magazine in 2015. 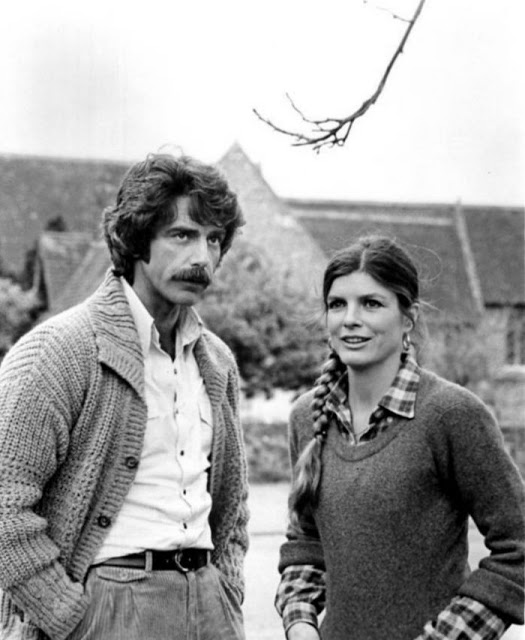 Back then, Ross was on her fourth husband and Elliott had never been married. Ross divorced in 1979 and married Elliott in 1984. Their daughter, Cleo Rose, was born later that year and is now a musician.

Elliott nearly passed on his breakout role as Cher’s biker boyfriend in the 1985 film Mask because he and Ross were on their honeymoon in Hawaii. After Elliott told his agent he wouldn’t return early to test for the role, Ross made sure she got her new husband back in time to audition and it seems that was a good decision.

Elliott was nominated for Best Supporting Actor for his role in A Star Is Born. 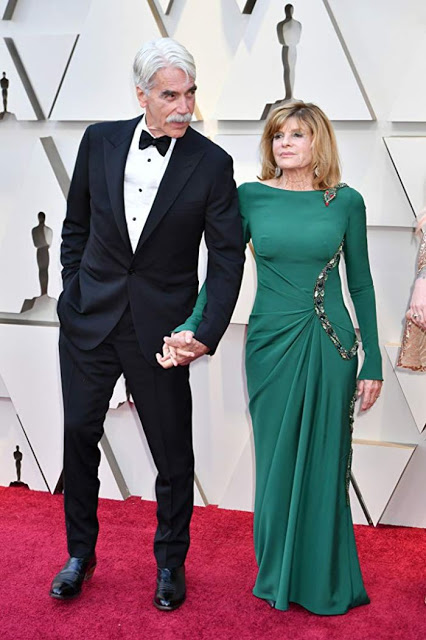 Sam Elliott and Katharine Ross at an event for the Oscars, February 24, 2019.

Posted by Yesterday Today at 12:56 PM