In an early-1920s speech, a Coca-Cola bottler declared, “Coca-Cola was as instrumental in building up the soft drink industry as Henry Ford was in building up the automotive industry.” Below are some of interesting vintage photographs of Ford Coca-Cola delivery trucks from between 1920s and 1950s. 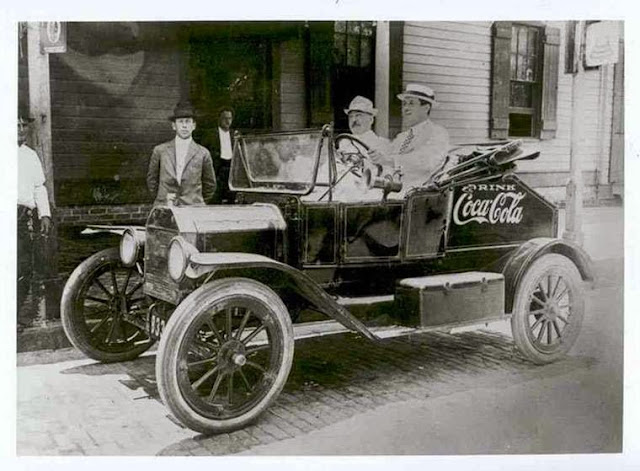 Coca-Cola delivery truck in the early-1920s 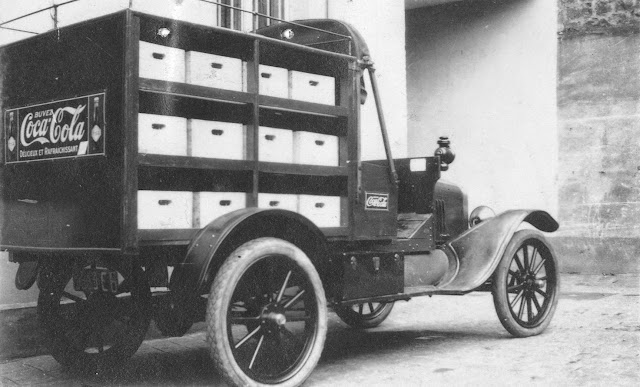 This Model T Ford and body cost Coca-Cola $570 in 1921. The first Ford truck with a special body to hold 24 cases (and eight more on top, when required). 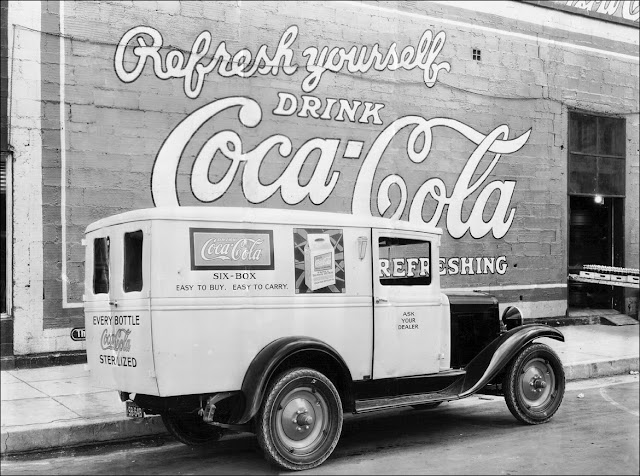 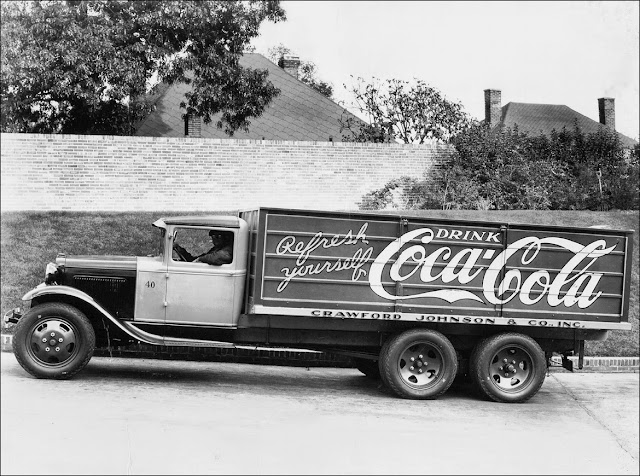 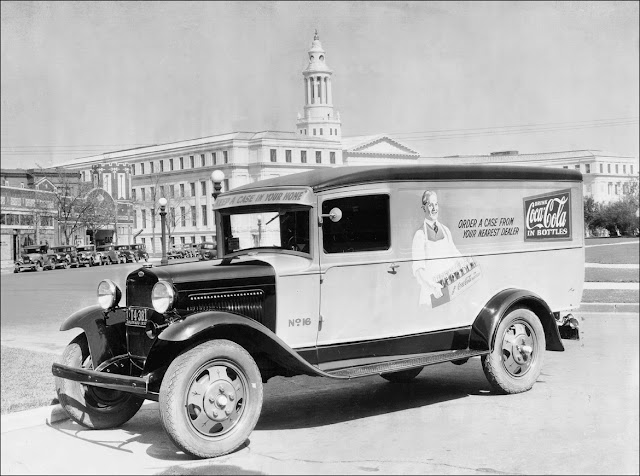 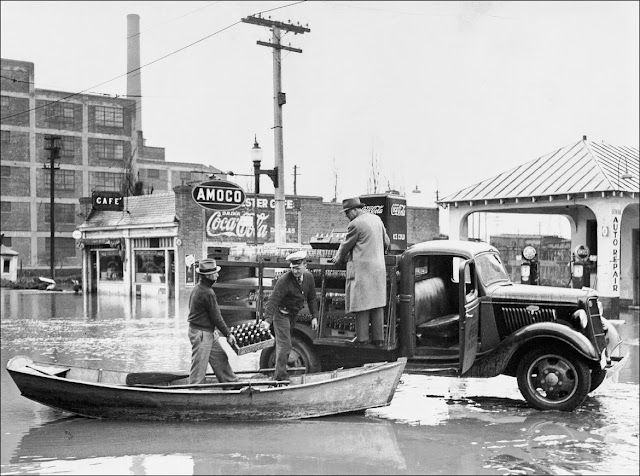 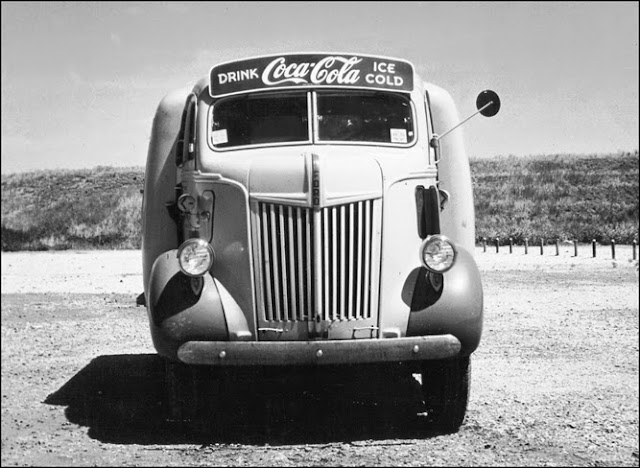 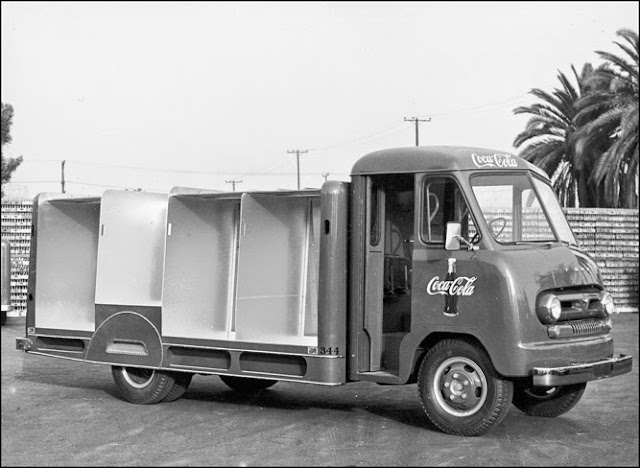 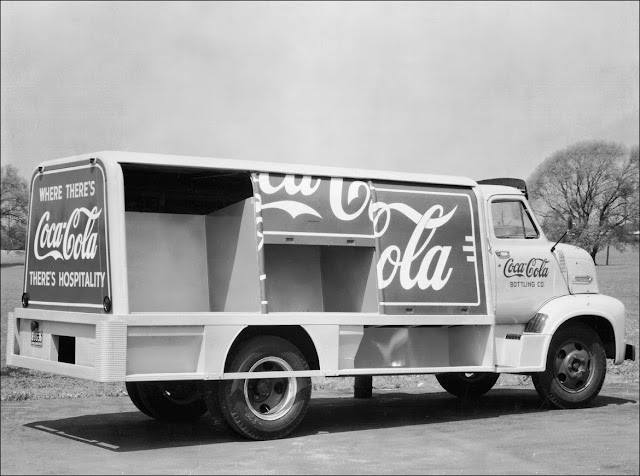 1954 Ford F500 Coca-Cola delivery truck used in Ohio. This truck was marketed to Coca-Cola bottlers with the feature: "With all the doors up, forklift trucks can load or unload pallets at top speed."

Posted by Yesterday Today at 11:28 AM