15 Interesting Vintage Portraits of Tommy Tucker, a Squirrel that Dressed Up Like Human in the 1940s

Many of us probably don’t remember Tommy Tucker, a famed D.C.-area squirrel who used to go to the grocery store in a tailor-made coat and hat. But luckily, LIFE magazine has opened up its archives to shine a bit of light on the dapper rodent.

In the early 1940s, LIFE magazine reported that a Mrs. Mark Bullis of Washington, D.C., had adopted a squirrel "before his eyes were open, when his mother died and left him in a tree" in the Bullis's back yard. LIFE then went on to observe that the squirrel, dubbed Tommy Tucker by the Bullis family, "is a very subdued little animal who has never had a chance to jump around in a big tree."

Despite Tommy’s male anatomy, photographer Nina Leen and his owners styled the squirrel in drag for a LIFE magazine feature in 1944.

When Tommy died in 1949, his owners sent him off to be stuffed and promised his remains and outfits would end up at a museum. However, The Washington Post notes that Tommy never quite managed to find his way there. 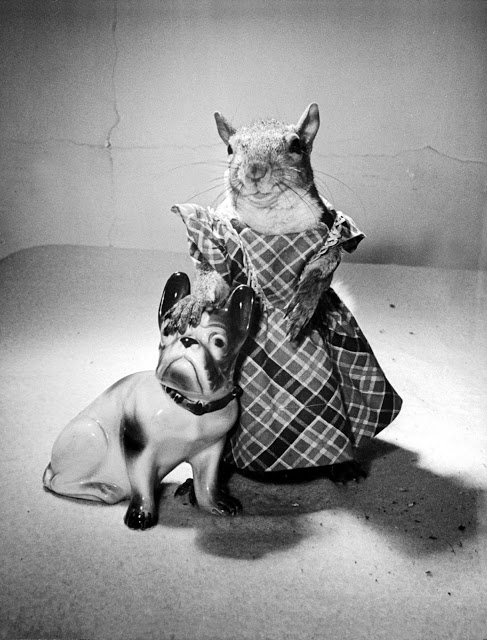 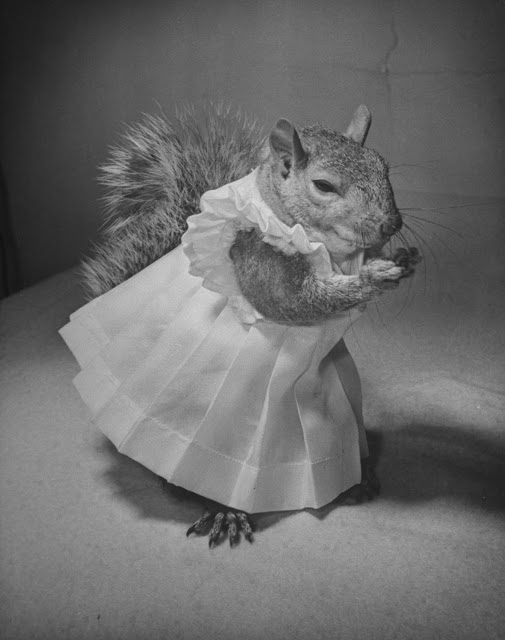 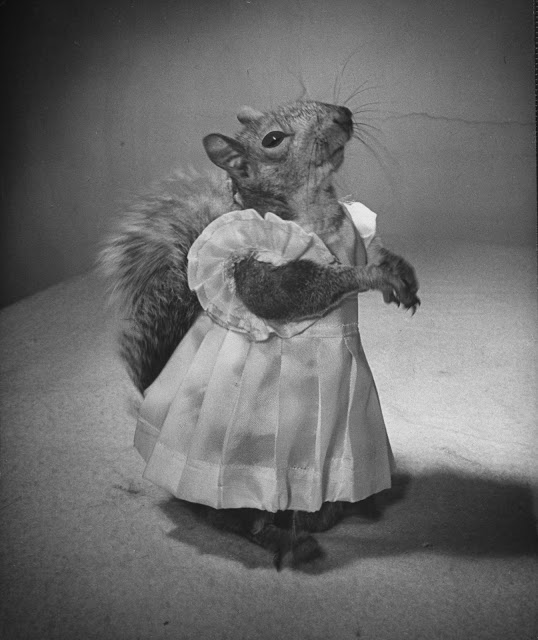 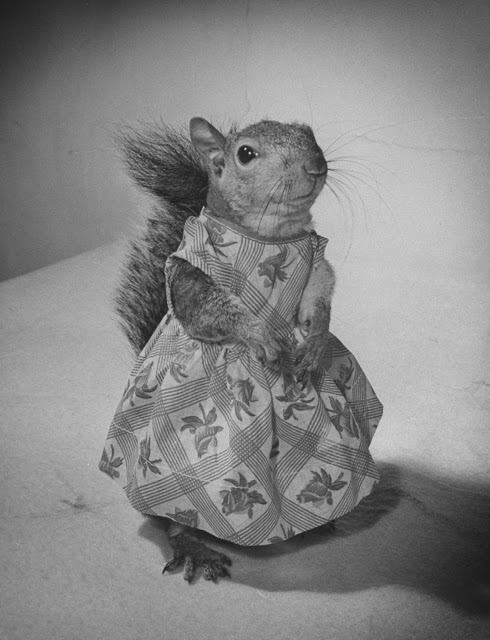 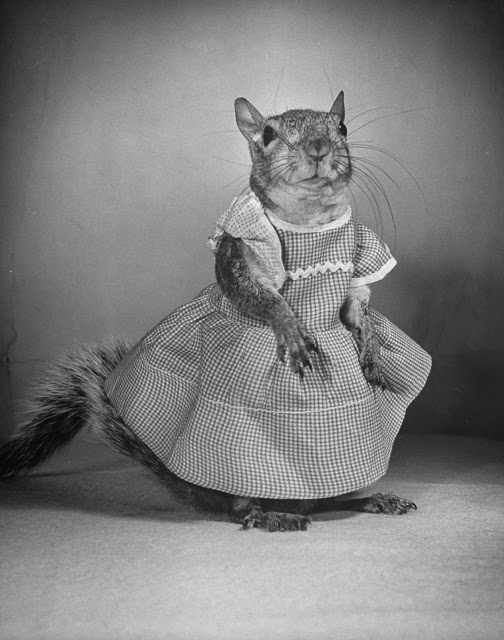 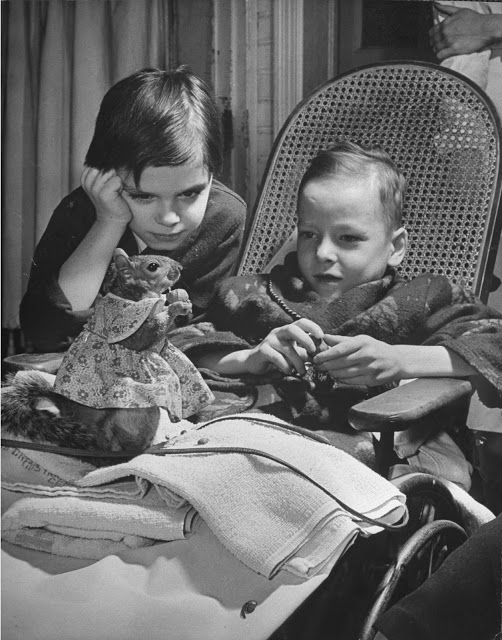 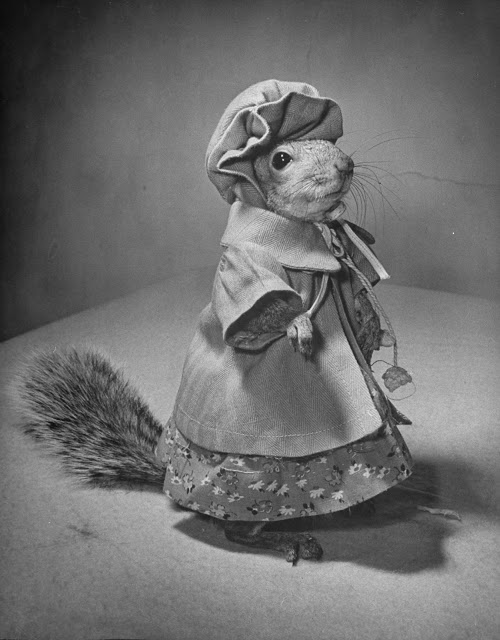 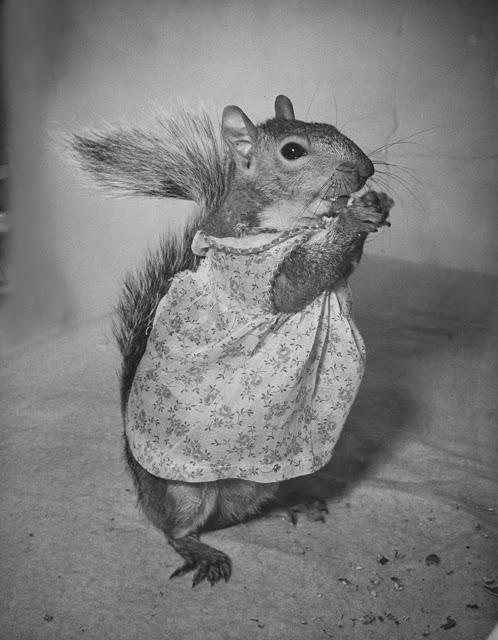 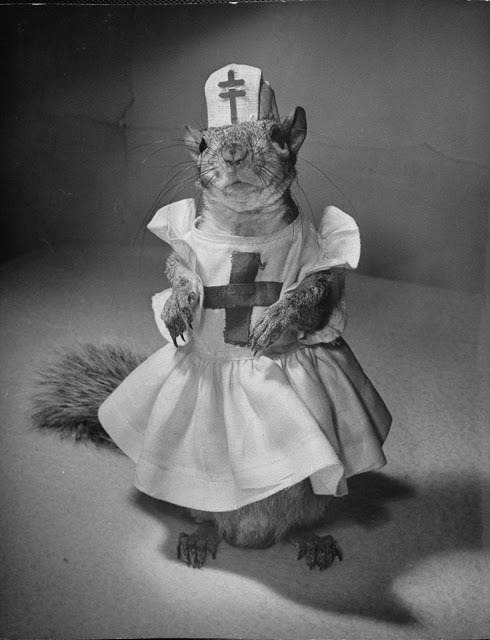 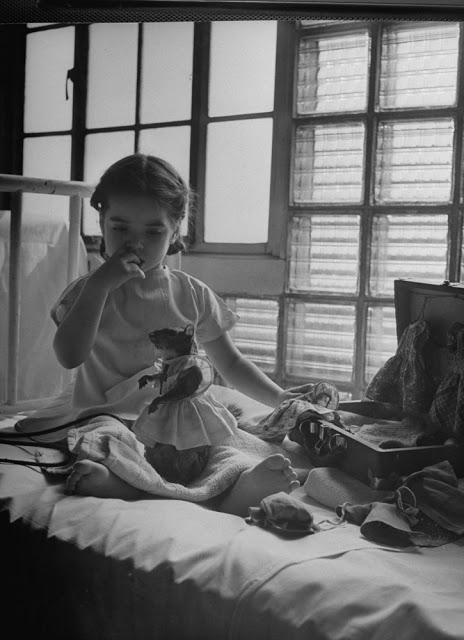 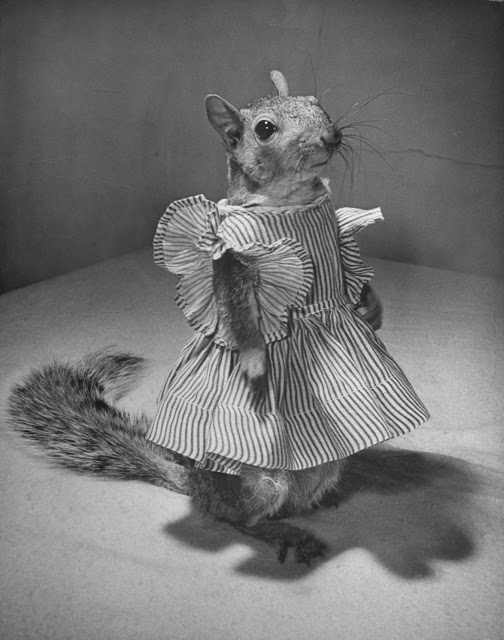 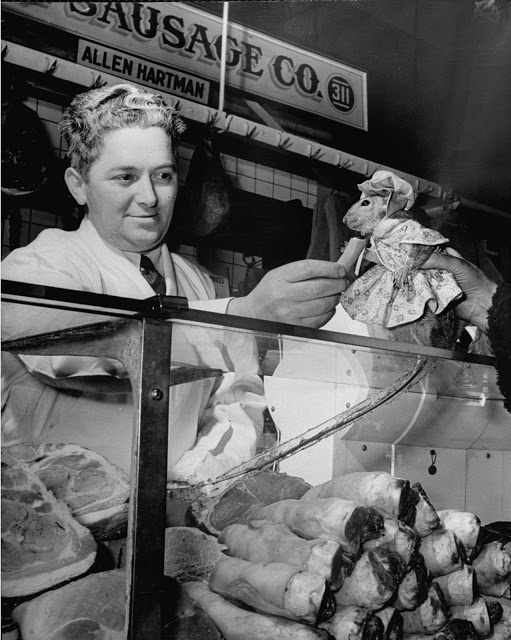 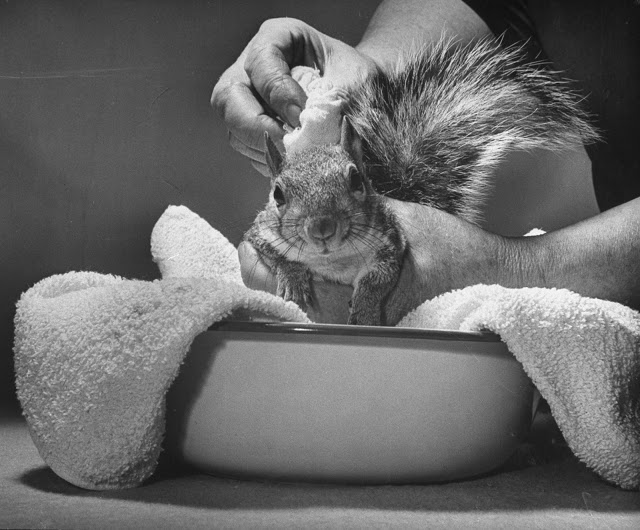 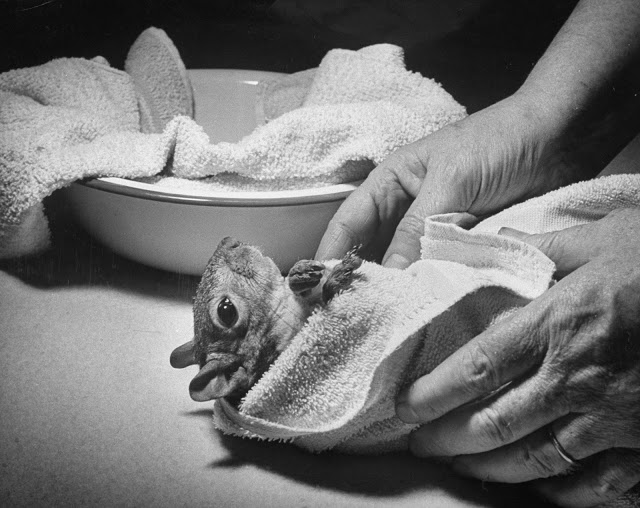 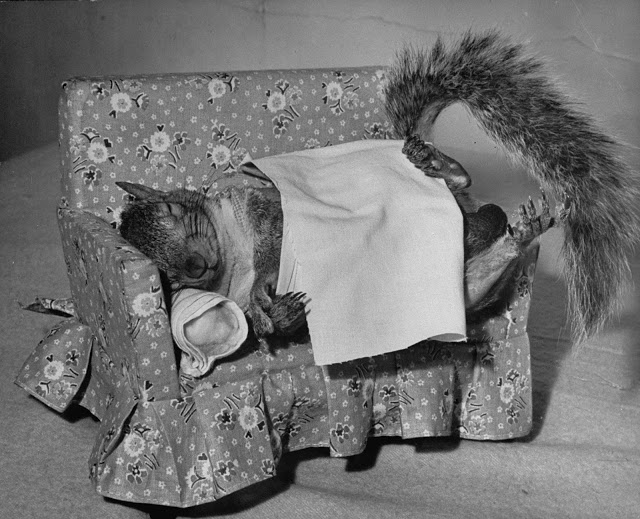 Posted by Yesterday Today at 10:00 AM