The Woodstock Festival was a three-day concert (which rolled into a fourth day) that involved lots of sex, drugs, and rock 'n roll - plus a lot of mud. The Woodstock Music Festival of 1969 has become an icon of the 1960s hippie counterculture. 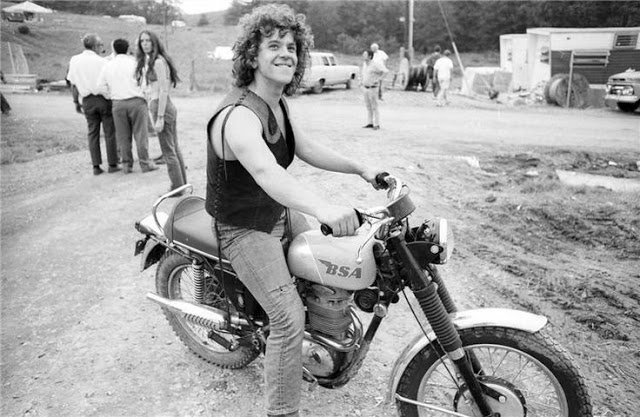 Michael Lang aboard his BSA. The easiest way to get around the festival grounds.

2. There was a total of 32 bands who performed under the sun, beneath the stars, and in the rain. 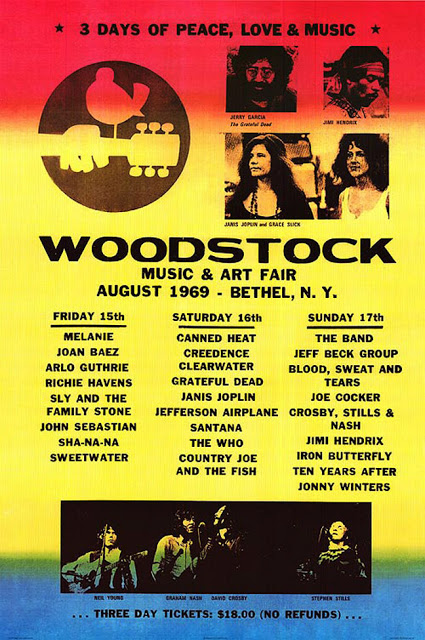 There was a total of 32 bands who performed under the sun, beneath the stars, and in the rain.

3. The festival was originally scheduled to take place in Woodstock, NY but since there weren’t any suitable ground sites, it was moved to a town called Wallkill. 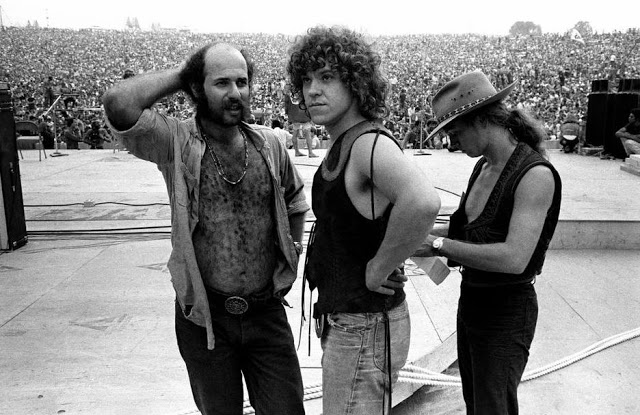 The Infamous Wallkill moving poster speaks for itself.

In mid-July, only a month before the festival, Max Yasgur offered his dairy farm in Bethel, NY to be the official location for the Woodstock Music & Arts Fair. 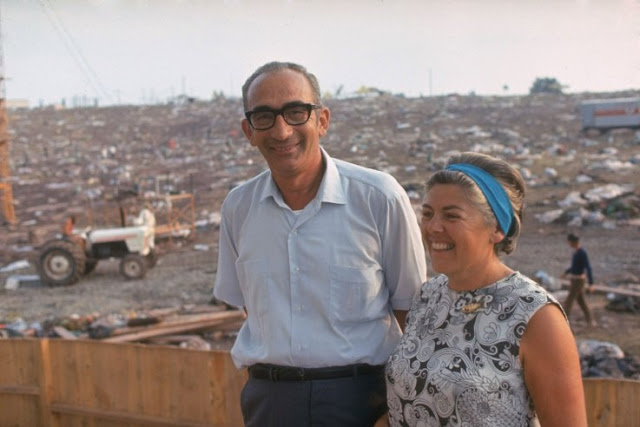 Max & Miriam Yasgur, owners of the farm Woodstock was held on. Photo taken at their farm on the day after Woodstock.

4. The Woodstock Festival was released as a documentary in 1970 and was a great commercial success. It won the Academy Award for Best Documentary Feature. 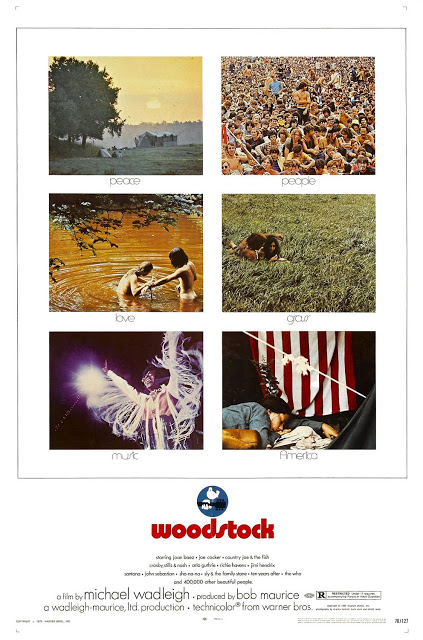 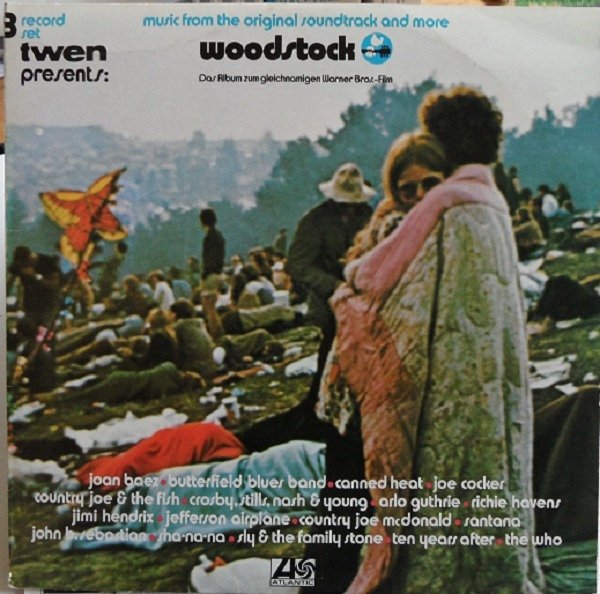 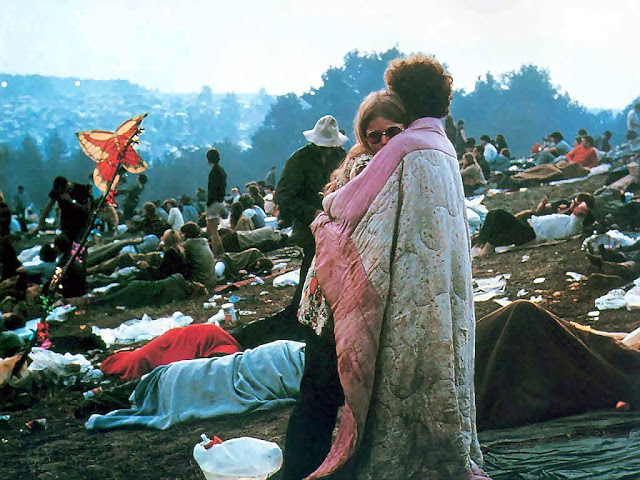 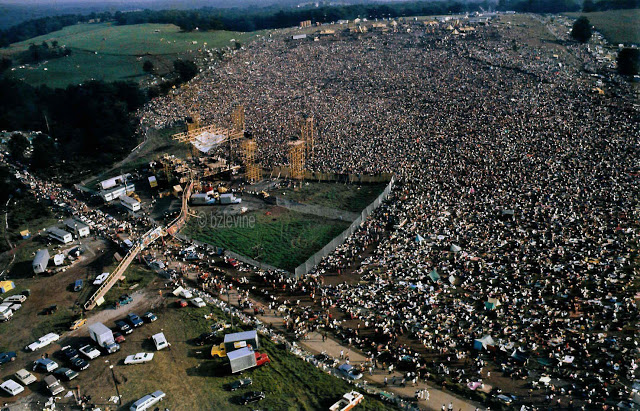 View from the helicopter by Woodstock photographer Barry Z Levine.

8. The thousands of flower children who flooded Bethel created a huge traffic jam. 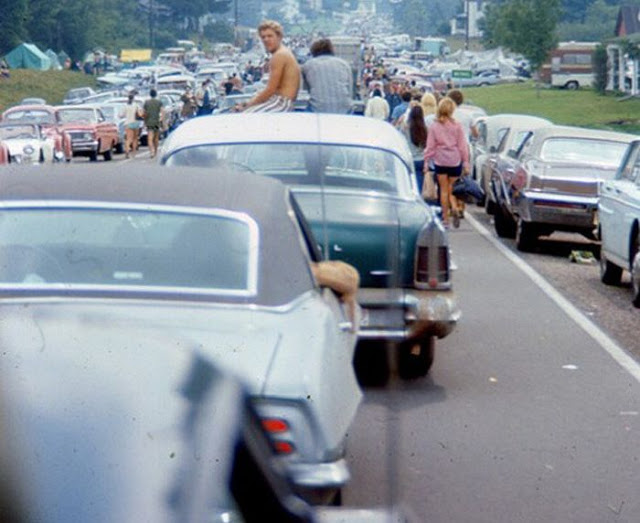 Arlo Guthrie announced during his set that the New York State Thruway was officially closed. 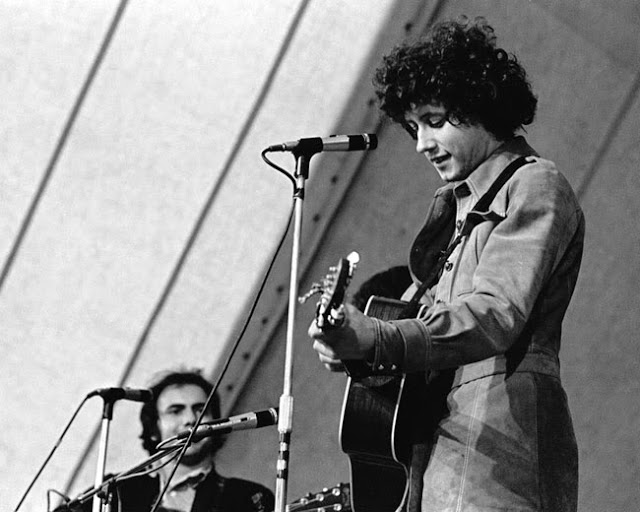 Arlo Guthrie performing at Woodstock Aug 15, 1969. He was the 7th performer on the first day of Woodstock.

9. Richie Havens wasn’t supposed to be the opening act, but the bands that were initially scheduled were late because of traffic. Richie improvised a song that would be forever associated with the Woodstock Festival: “Freedom.” 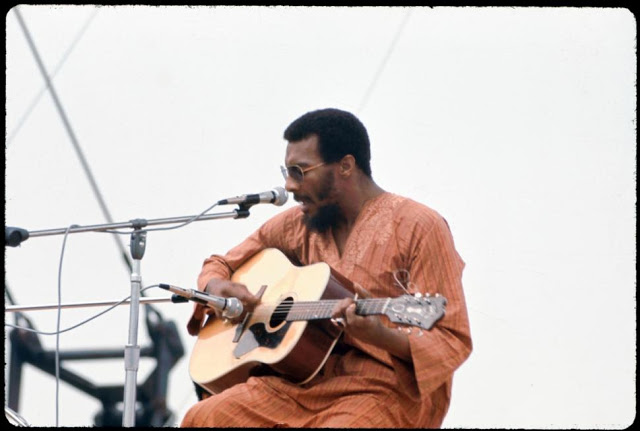 Richie Havens performs his legendary set at at Woodstock in 1969.

10. Tickets for the three day event were sold for $18 in advance and $24 at the site. But due to the unexpected invasion of flower children, the festival became free.

11. A Jewish Community made 200 sandwiches for the attendees. These hearty sandwiches, served with pickles, were handed out by nuns. 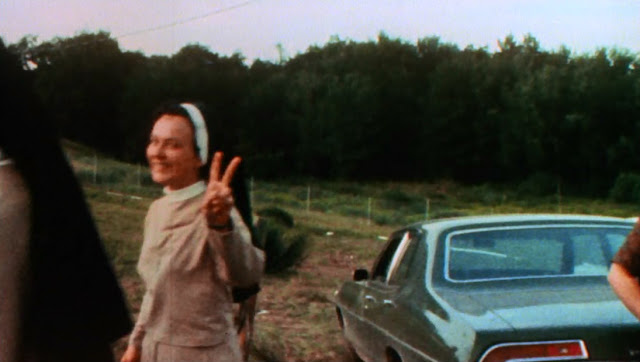 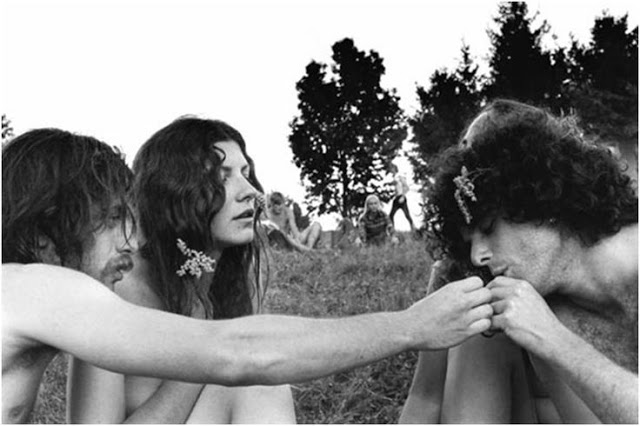 13. These groovy signs were made so attendees wouldn’t get lost. 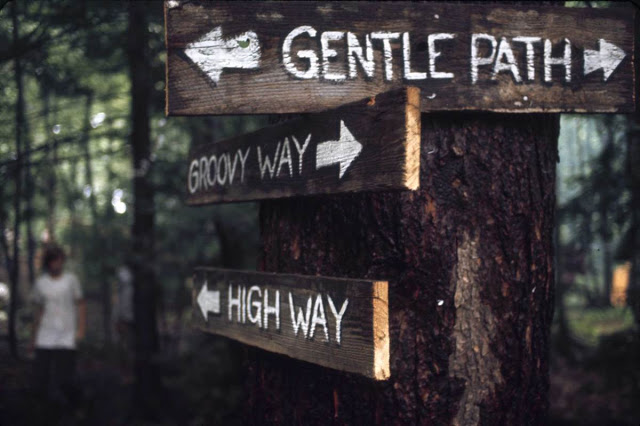 14. Neil Young refused to be filmed for the movie while performing with Crosby, Stills & Nash. 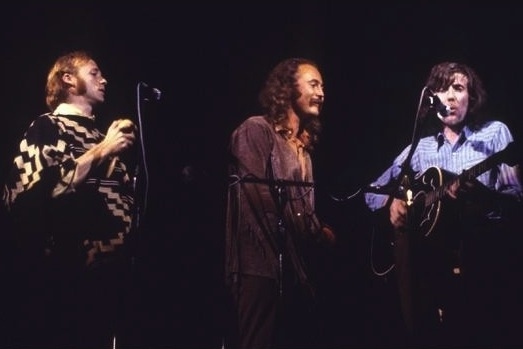 15. Jefferson Airplane demanded $12,000 for their set, and The Who, Janis Joplin, and the Grateful Dead also wouldn’t perform until they were paid. 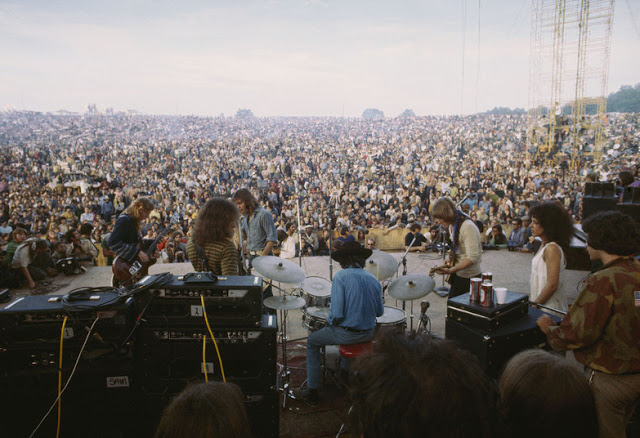 16. Joni Mitchell was set to perform at the festival, but her manager advised her to stay back and appear on The Dick Cavett Show the next day. 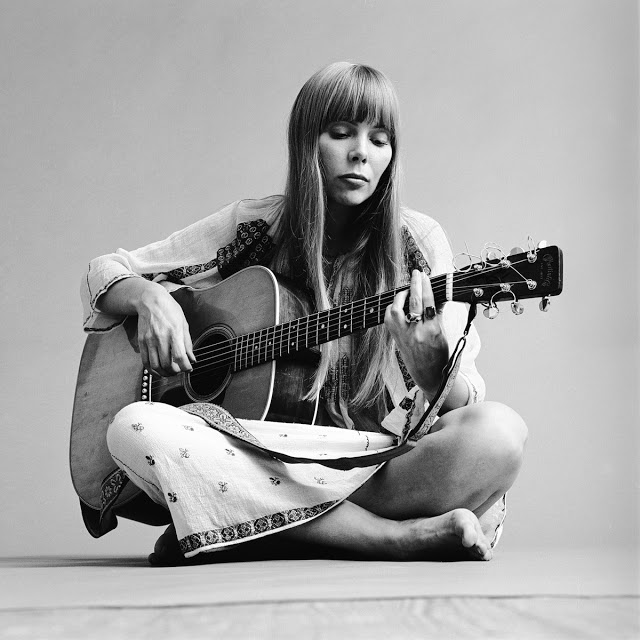 17. John Lennon had an interest in performing at Woodstock, but he told organizers his entry into the U.S. was denied by President Nixon. 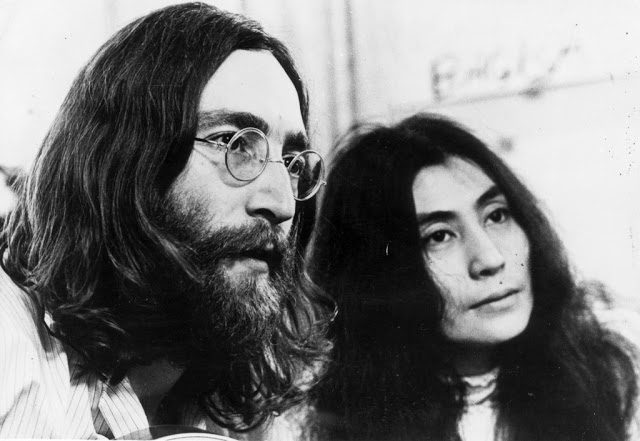 18. There was a total of 80 lawsuits against Michael Lang and the organizers, which were eventually paid off from the Woodstock film. 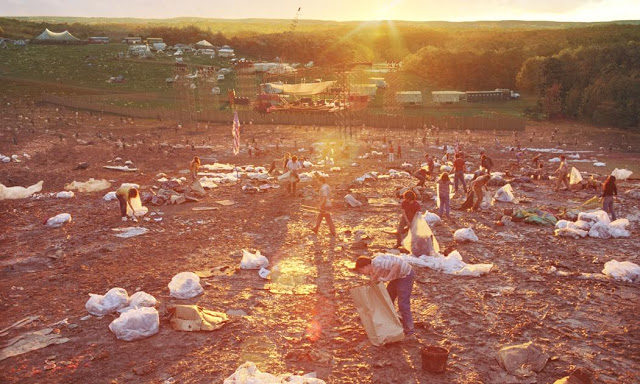 19. There was a notorious thunderstorm toward the middle of the weekend, in which attendees chanted “No rain, no rain” to stop the rain fall. 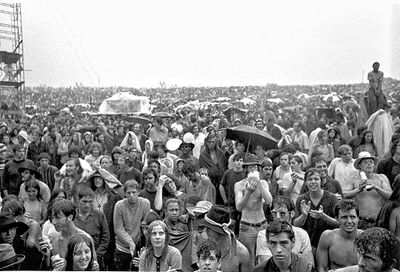 20. Jimi Hendrix closed the event on Monday morning, performing a two-hour set. By then there were only 30,000 attendees because of the rain. 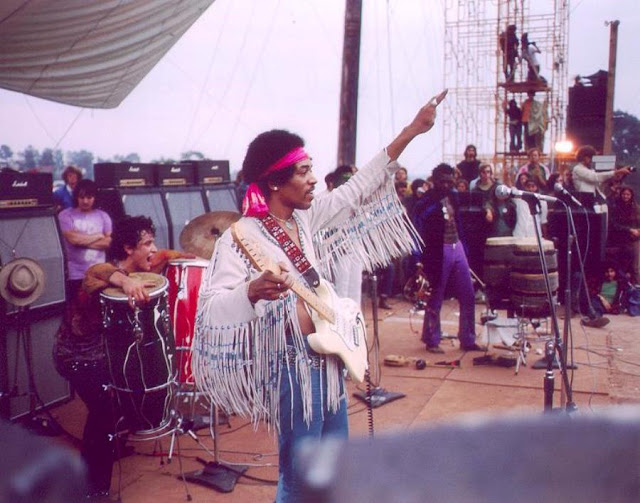