In 1938, Harmon Nelson Ended His Marriage With Bette Davis Because She Read Too Many Books!

The reason he did this was that he claimed she read too much. The New York Times reported on December 7, 1938 that Harmon “usually just sat there while his wife read ‘to an unnecessary degree.” “She thought her work was more important than her marriage.” “She even insisted on reading books or manuscripts when [Harmon] had guests. It was all very upsetting.” 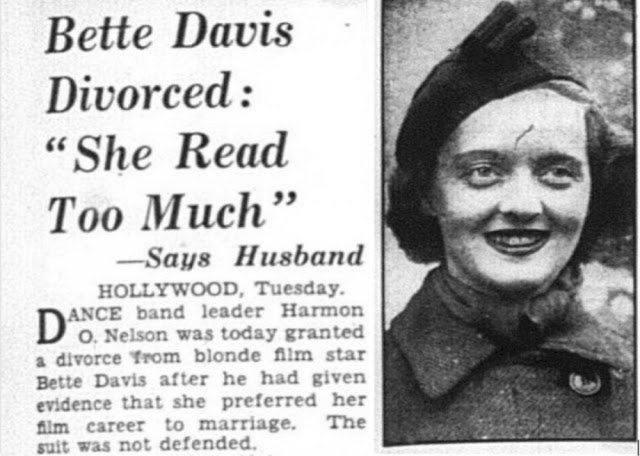 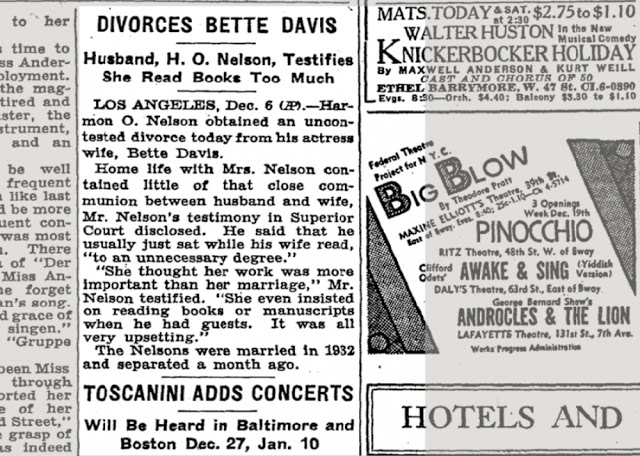 In later years Davis would state that there were other factors that led to the separation, including an emotional rift between the two and her affair with Howard Hughes, which was not mentioned in the newspaper, but was referenced in the divorce proceedings.

Harmon O. Nelson was a musician best known for being the legendary inspiration for Bette Davis’ claimed nicknaming of the Academy Award statuette “Oscar,” although the story is likely fictitious as his nickname was “Ham.” Bette Davis’ and  Ham (or “Oscar”) Harmon  were high school sweethearts and they got married on August 18, 1932. They would divorce seven years later. 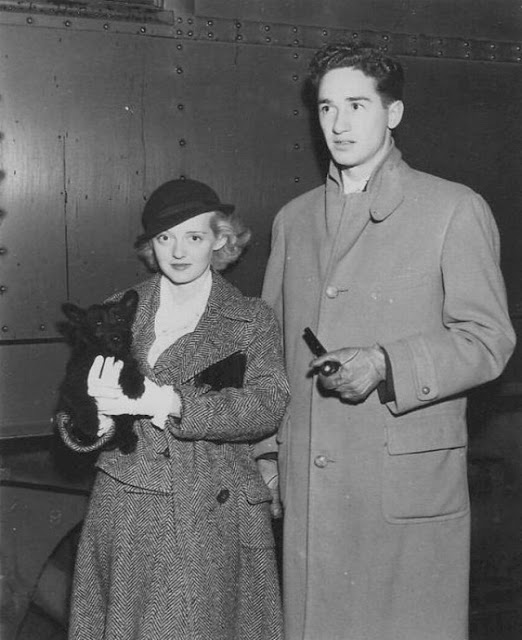 Harmon Nelson would be the first of  Davis' ex-husbands. She would marry4 times and divorce 3 times during her lifetime.